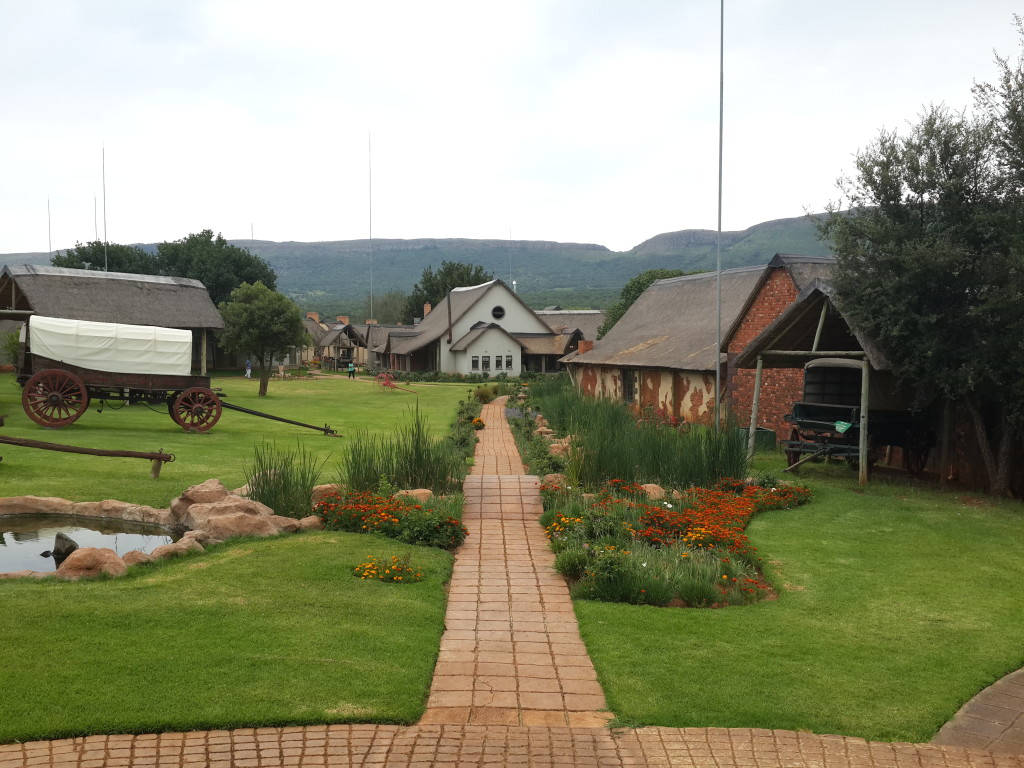 This post is based on my visit in 2014. The lodge has now been renamed to African Hills Safari Lodge & Spa and the reserve is now called Plumari Private Reserve. (2021 update)

I was kissed by an 18 year old elephant. It was a big, wet, slobbery kiss, but it was delightful. I had to feed him oranges first, though - he took one from my hand, I threw the second one into his mouth and he took the third from my mouth with his trunk. Yes, I know it sounds intimidating, but it felt more like being nuzzled by a pet, albeit a large one. The lady who visited him before me was even more fortunate - he proposed to her by holding up a board saying "Will you marry me?", on behalf of her boyfriend of course. She said yes. Who could say no to such a unique proposal?

This was all part of the elephant interaction experience at Askari Game Lodge and Spa. I must admit I was a bit apprehensive at first but once I was in close proximity to the elephants, my fears were replaced with affection and admiration for these huge, intelligent and adorable pachyderms. It was a thrilling experience and it took a while before the smiles on our faces disappeared that day.

Askari is a rustic four-star lodge situated in the malaria-free Plumari Africa Big 5 Game Reserve in Magaliesberg, just an hour’s drive from Johannesburg. It is adjacent to the Cradle of Humankind. The lodge is a popular wedding, conference and leisure weekend getaway. It combines the African bush atmosphere with South African history and is designed to take you back in time and fill you with nostalgia – depending on how old you are – of course. 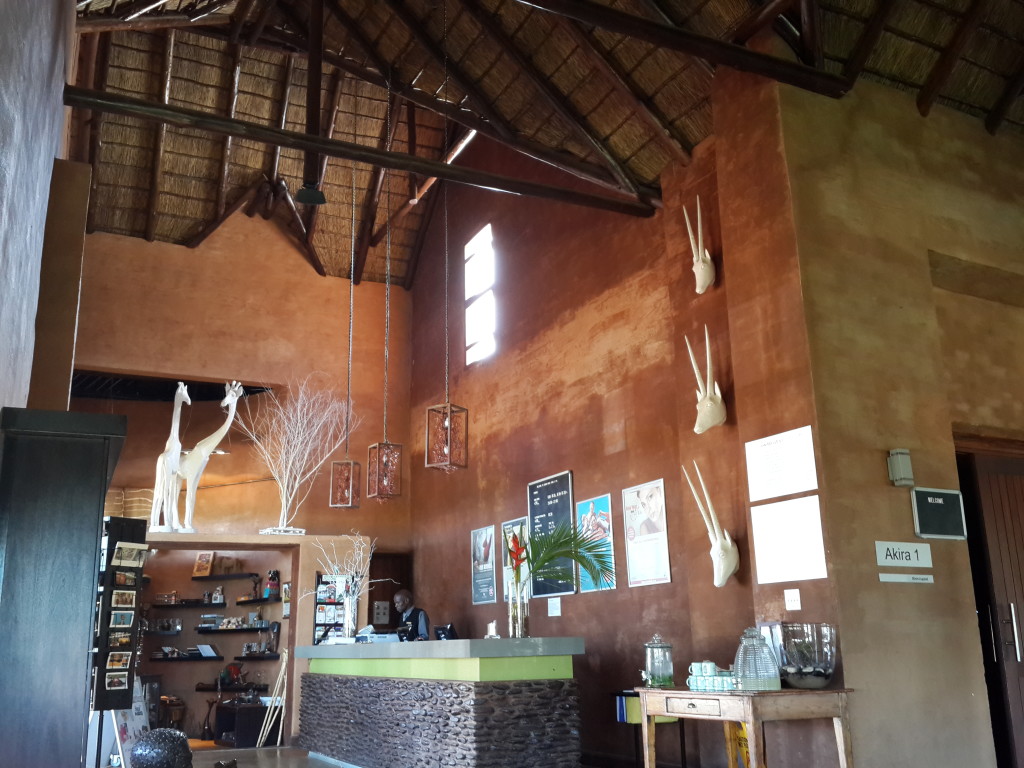 There are historical items scattered everywhere. There are wagons on the well-manicured grounds, and historical memorabilia including an antique camera and telephone indoors. The coal stove and utensils in the cosy dining area reminded me of my grandmother’s kitchen on the farm where we had many delicious meals. The day visitors’ centre, which also houses the conference rooms, the wedding venue and a gift shop, has a deck with magnificent views of the Magaliesberg Mountains. 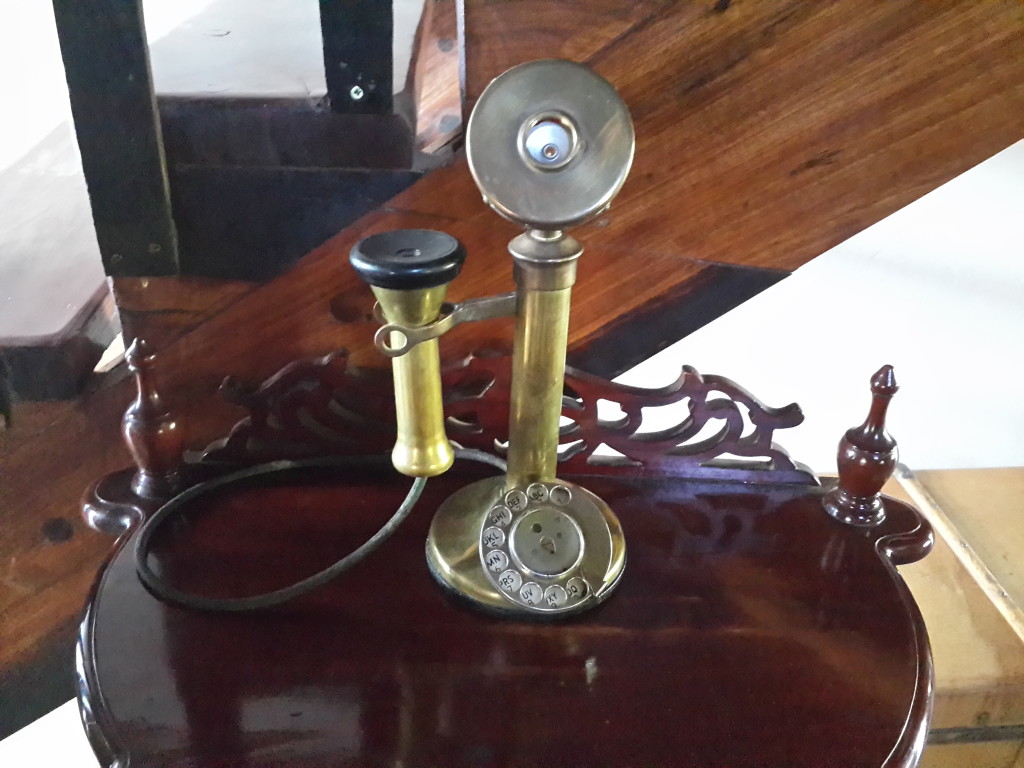 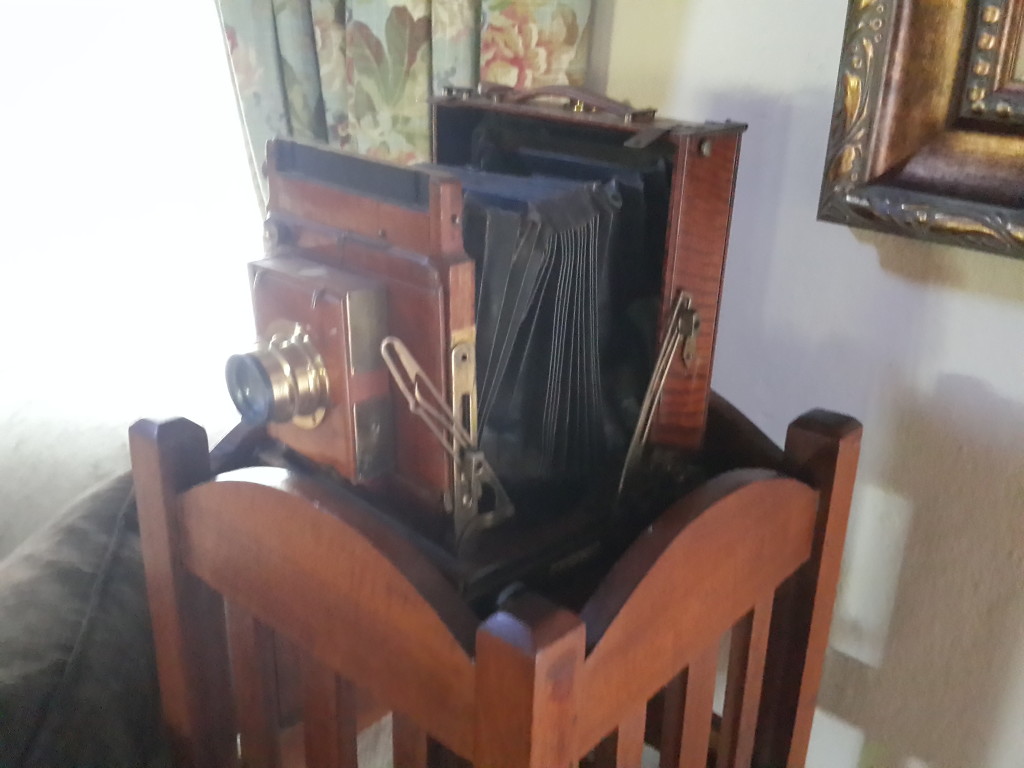 The fascinating Plumari Heritage museum on the premises, houses one of the largest privately owned collections of carts, wagons and other animal drawn vehicles in the country. They have quaint names like “The Cape Malay Cart” and “The Mylord Coach”. Historical props like bonnets and “kruisbaans” are provided to help you take the perfect photo. My children would run in every time we walked past it on the way to the public areas, posing with props for photos at their favourite wagons. It was very difficult to pry them out each time. 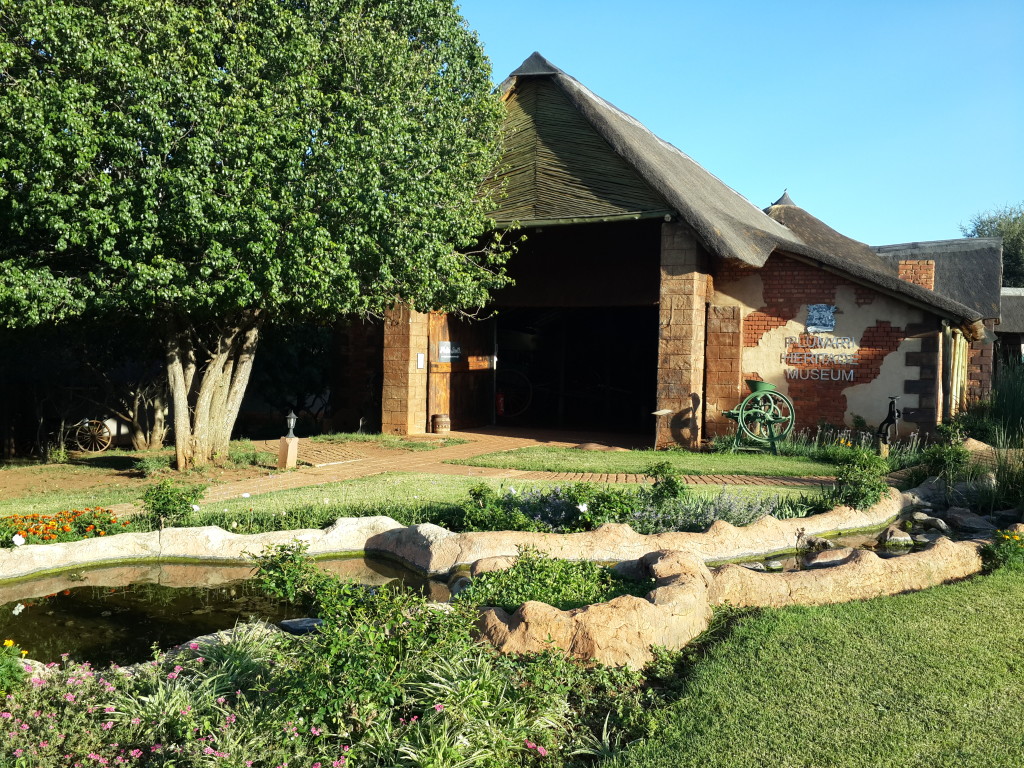 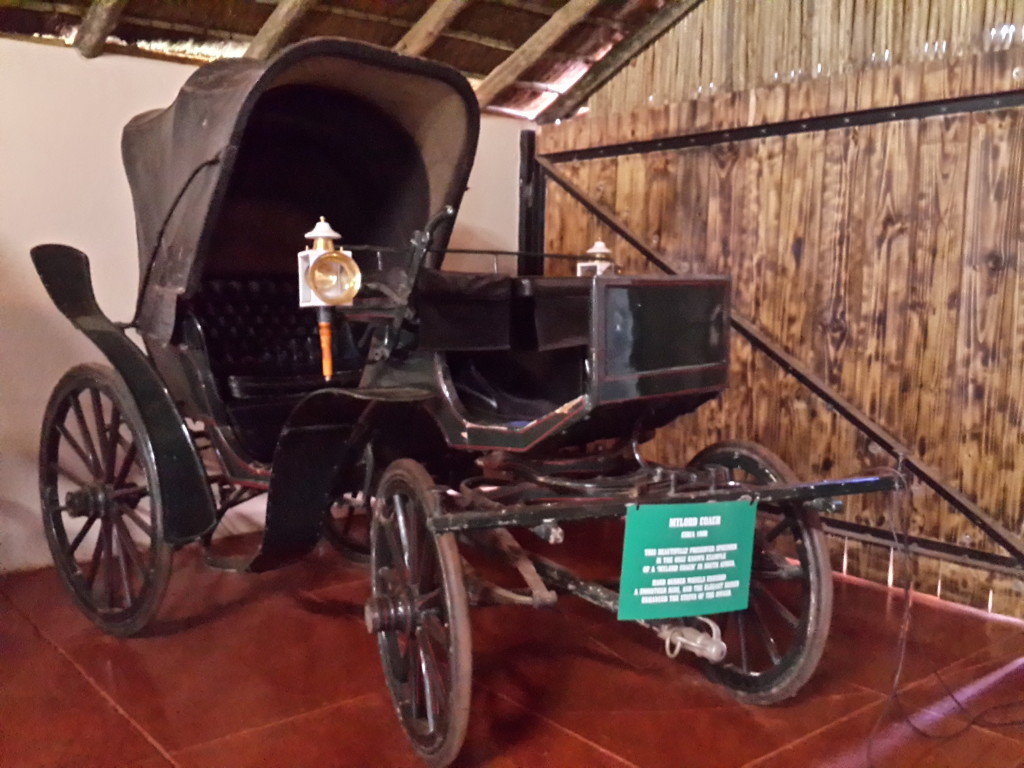 Even stepping into your chalet takes you back in time with antique Dutch décor pieces dating back to the 19th and 20th century. There are Oregon cupboards and antique dressing tables in the bedrooms and slipper baths and washstands in the bathrooms. Family rooms are joined by a comfortable lounge which will surely make you feel at home. 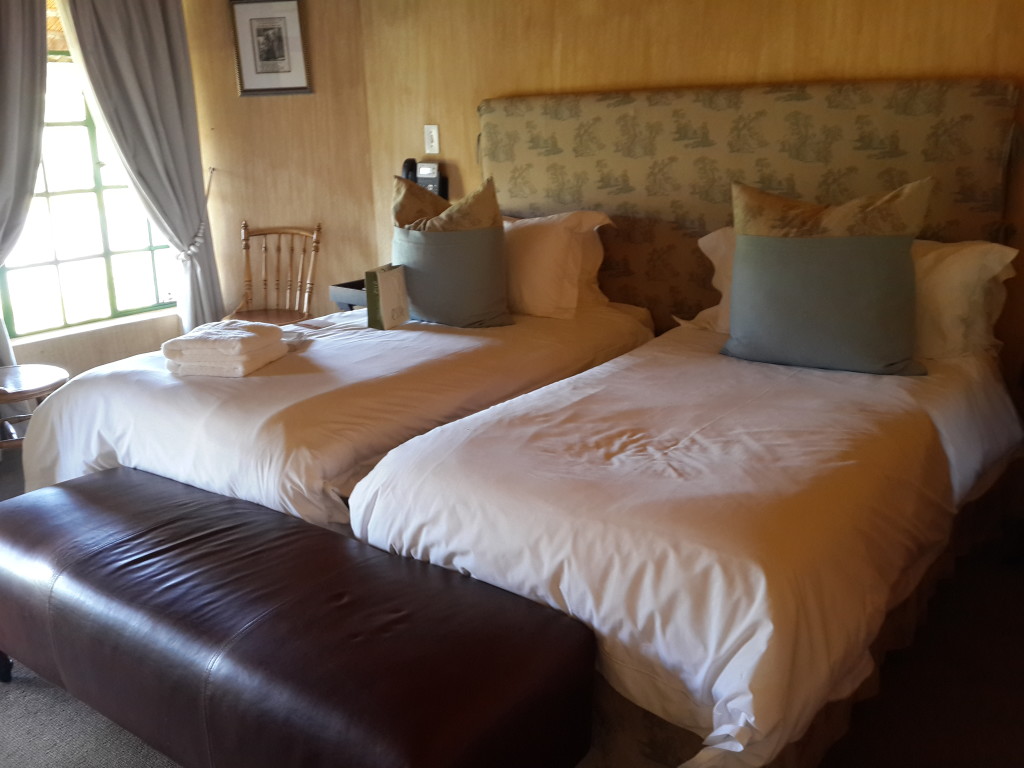 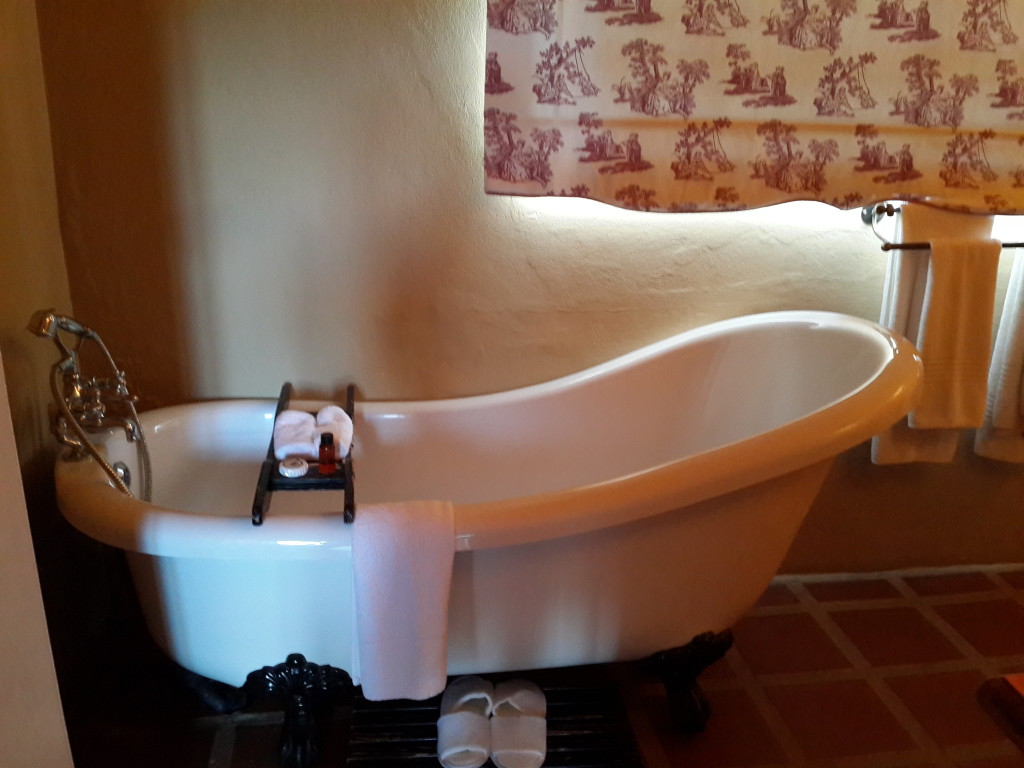 The 30 thatched chalets are built around a waterhole, which is home to a few hippos. Other animals like waterbuck, warthogs and wildebeest visit throughout the day. After a long hot day partaking in the many facilities and activities on offer, it was quite relaxing to sit on the deck of our chalet or even lie on our beds and watch the wildlife at the waterholes. The hippos would grunt occasionally, adding to the atmosphere. 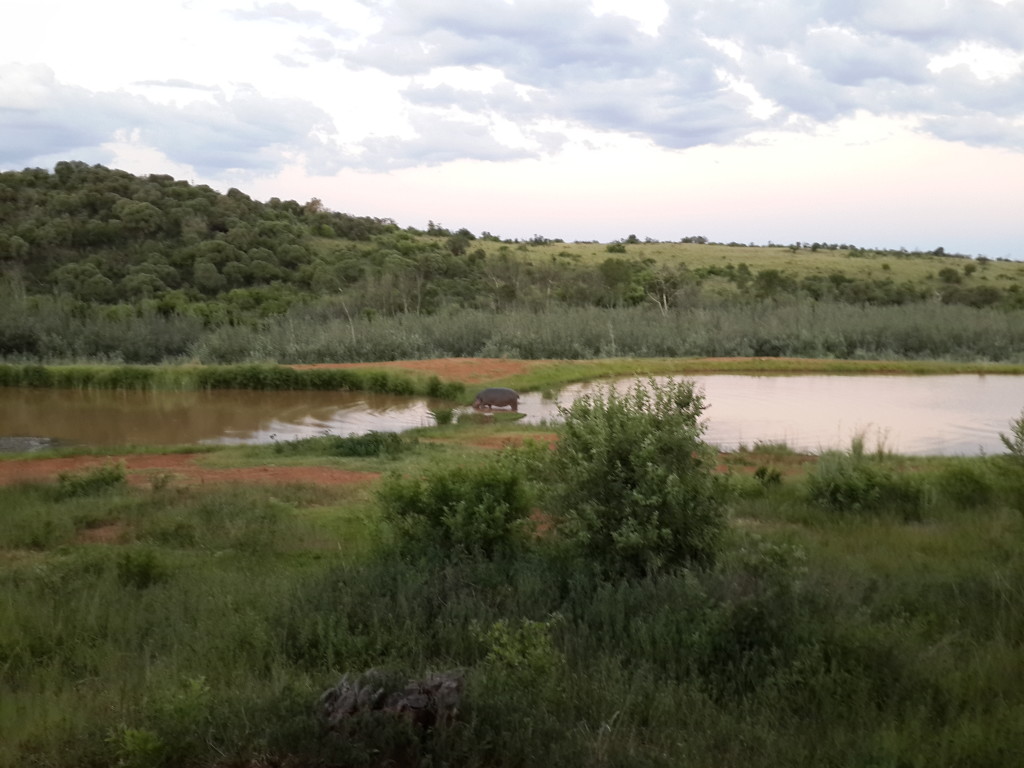 View from my chalet

The game drive options include the normal 3-hour game drives and the shorter family drives. Although the reserve does have the Big 5, the lions are in an enclosure in the reserve. There are two elephants, rhinos and buffalos. The leopard is rarely seen, as everywhere else, however the night before we left, a waterbuck was killed at the waterhole outside our chalet. The rangers suspected the leopard whose guttural sounds had been heard. I was disappointed at having missed the kill. 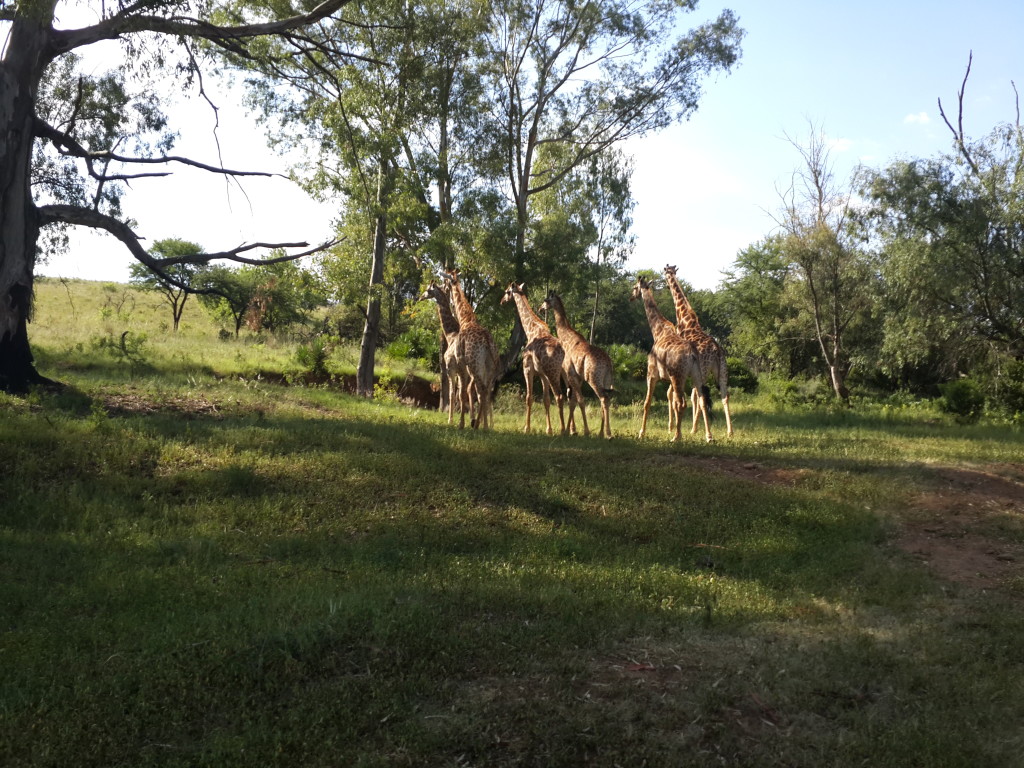 A Journey of giraffe

There is a small spa on the premises where I had a therapeutic hot stone massage and a swimming pool with a splendid view, where the elephants come to drink water during Sunday lunch. The lodge also offers star-gazing, guided bush walks and guided petroglyph walks past the San Bushmen rock carvings on the reserve. So much to do and so little time make for a great reason to return to Askari Lodge.

This review was done in 2014. For more updated information, visit Askari Lodge or book here. 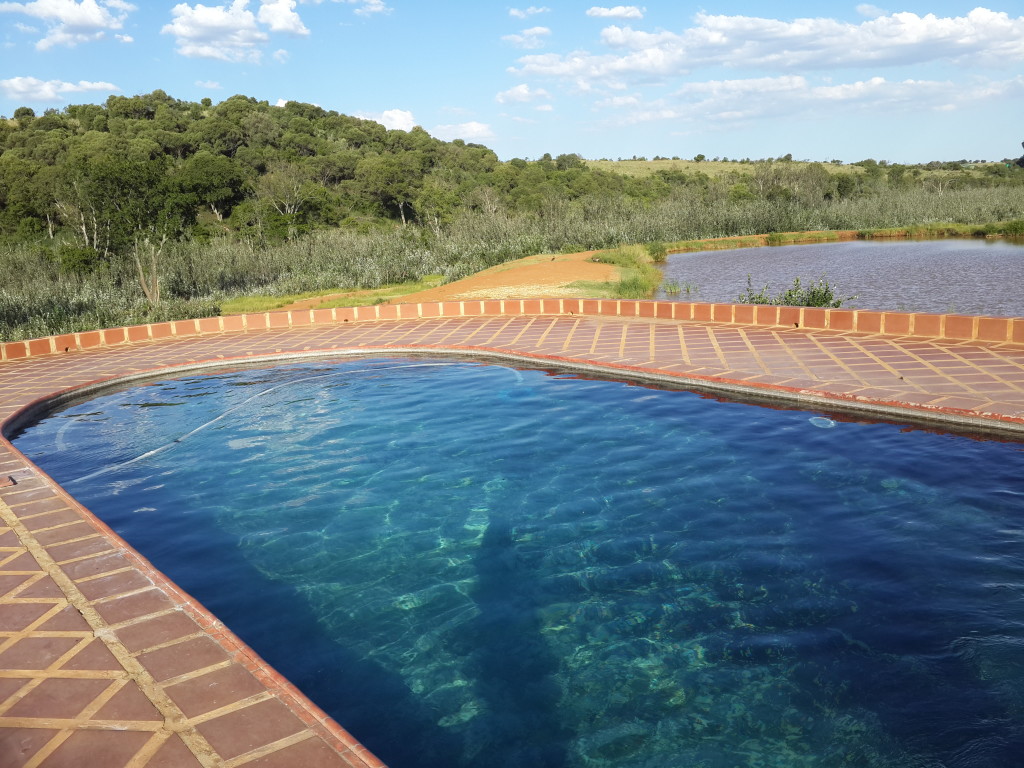