London Airport Hacks – Weave Your Way Through Heathrow Like a Pro 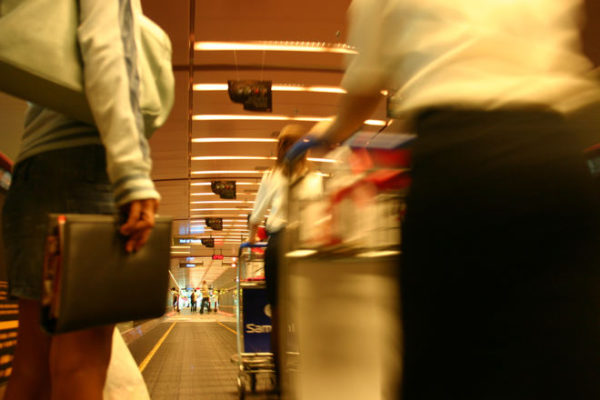 As crazy as London’s road traffic usually is, its international airports might be the same – if not crazier. Last year, CNN pegged Heathrow as one of the busiest airports in the world. According to statistics, the London airport experienced travel growth of 1.4%, which resulted in its annual passenger traffic rising to a whopping 68.1 million. With this, anyone, including you, can easily get lost inside a massive landing field such as Heathrow. Luckily, wise wanderers and experienced travellers have come up with these simple hacks so you can weave through the airport like a pro:

You can always get an Uber or ride a black taxi when going to or from Heathrow during odd times of the day and/or have loads of baggage with you. But if your flight is during the day and/or you only have a carry-on bag, the best way to travel to the airport is via the rail.

A parking review aggregator in the UK mentions that the Heathrow Express is the fastest method of transportation, which can take you from central London to the airport (or vice versa) in just 15 minutes. For a more affordable alternative or if you’re coming from the southern or eastern part of the city, Parking4Less suggests that you hop on the Piccadilly line of the London Underground.

Nowadays, majority of international airlines allow online check-in; thus, you should take advantage of it by printing your boarding pass immediately after this process. That way, you’ll have one less long line to worry about. Also, coming in prepared means that you should wear light clothes. Consequently, you can breeze through the Heathrow’s security sections without the hassles of removing belts, boots, and electronics.

If you’re flying from Terminal 5, go to the far right-hand side for check-in and bag drop. Contrary to what Fox News Magazine advises, T5’s line is shorter and faster on the right, as the Tube’s exit is on the left side of the area. Once you’ve accomplished the necessary requirements before boarding, you can now indulge in unlimited food and drinks inside Heathrow. You read that right: unlimited.

At the No.1 Traveller Lounge inside Terminal 3, you can access luxuries such as a spa, a workspace, and a cinema for as low as £24. Best of all, the sitting room offers free food and beverages. Moreover, Terminal 2 presents similar amenities and services at the Plaza Premium Lounge.

Know that Heathrow provides its passengers with free Wi-Fi connectivity for a limited time, ample minutes that by the moment you run out of it, you should’ve done all your research and updated your social media accounts.

Say London is just a short stop on your European trip; you can store your main luggage at the baggage offices in Terminals 2-5. That way you’ll be able to explore the city without the constraints of a heavy bag or the costs of a hotel.

In addition, if you’re beat to the punch by flight delays and/or long layovers, Heathrow’s Terminal 4 has a Yotel branch. Here, you can rent a cabin room complete with a small shower, high-speed Internet, and free hot drinks. It’s also bookable by the hour for a reasonable price.