The Wizarding World of Harry Potter for Muggles 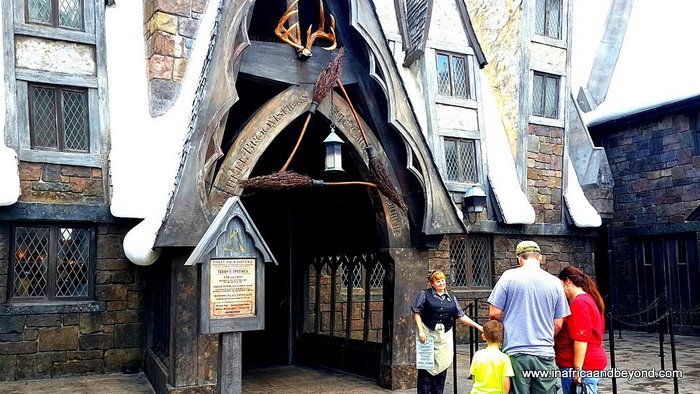 The Wizarding World of Harry Potter for Muggles

When the Harry Potter books took the world by storm, I was one of the millions of fans eagerly awaiting the next one. I immersed myself in the series and wondered what it would be like to live in Harry Potter’s world. With the launch of the eighth Harry Potter book “Harry Potter and the Cursed Child” in July 2016, a whole new generation of children were wondering the same thing. I got to live some of my fantasies at The Wizarding World of Harry Potter at Universal Orlando Resort in December. 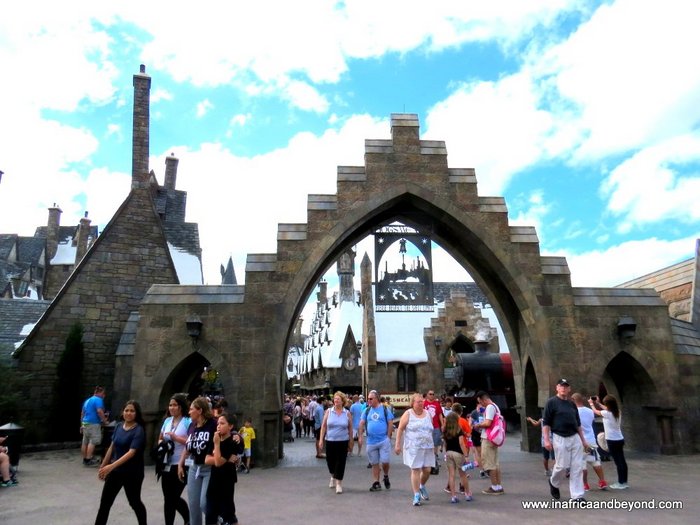 I absolutely loved the way Universal Studios has painstakingly recreated Harry Potter's World with every fine detail in place, from the talking paintings to the invisible ink to the individual speciality shops. Even the staff had been perfectly chosen, from the elderly gentleman who managed the souvenir shop to the ride operators who applauded us when we returned “unharmed” from our rides - and they all looked as though they were in awe of Harry Potter. 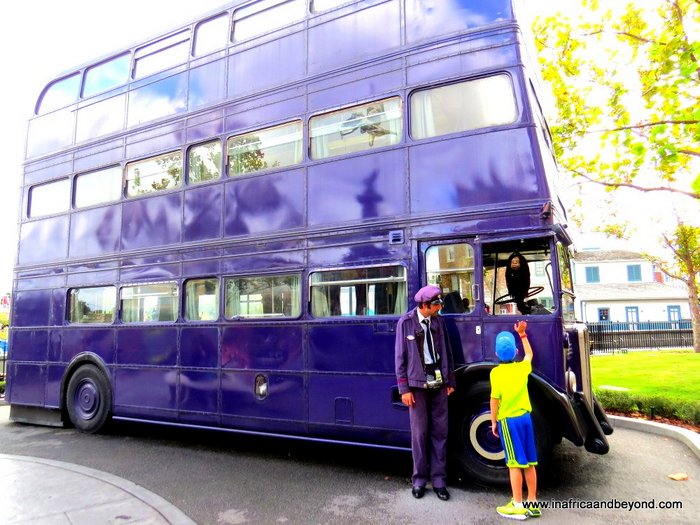 Wizard robes and wands were available for sale at the park and it was quite common to see wizards and witches of all ages, shapes and sizes, waving wands and uttering spells. 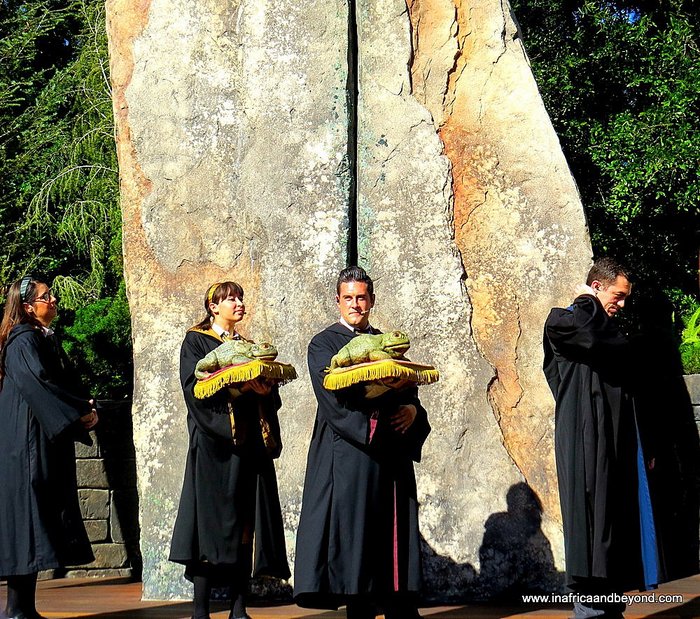 We walked through the snow-capped village, passed the inns and the magical shops and sampled the pumpkin juice. The sweet shop was doing a roaring trade with wizard treats. Eventually, we reached Hogwarts – the School of Witchcraft and Wizardry - which Harry Potter and his friends attend. As we entered the great hall, floating candles dimly lit the ceiling over our heads, and we passed talking portraits and interactive newspapers (as in the book) as we made our way to the point where our ride would begin. 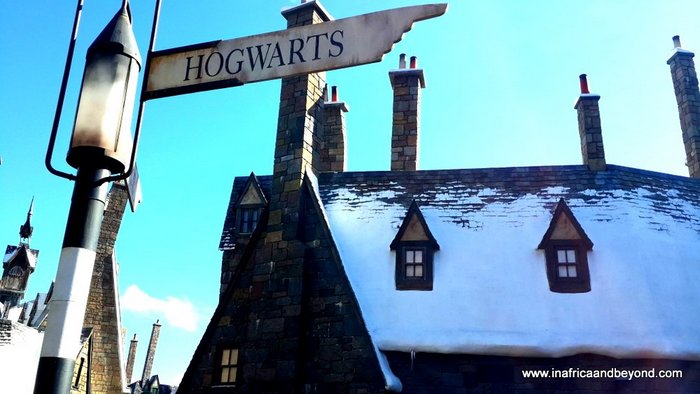 “Harry Potter and the Forbidden Journey” was one of the best rides I'd ever experienced in my life. We started off in the classrooms and corridors of Hogwarts from where we then soared over the castle grounds. The ride uses ground-breaking technology and special effects to create a unique experience. We were joined by Harry Potter and his friends who rode alongside us on their broomsticks shouting words of encouragement as we fought off the demons. It was simply magical. 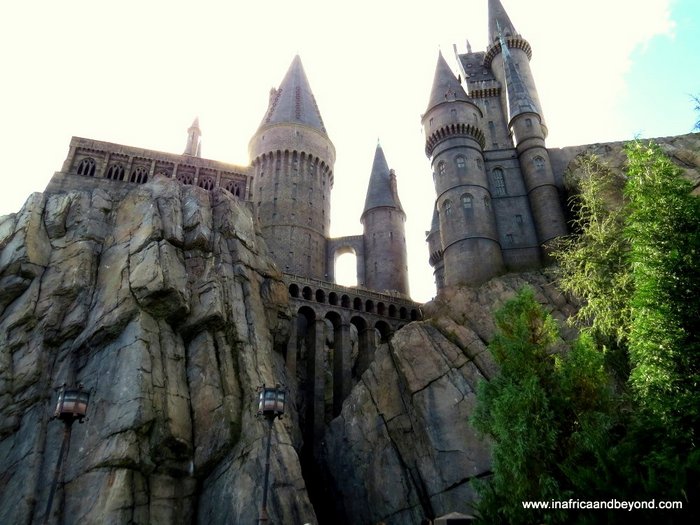 After experiencing more rides, we boarded the Hogwarts Express train which would take us to the other side of the park. But it was no ordinary train ride. Once we were seated in our cabin, the windows and doors were shut and as the train set off, the special effects began and we felt as though we were riding through the English countryside passing characters from the book. Eventually the train stopped and we emerged to find ourselves at “King's Cross station”. 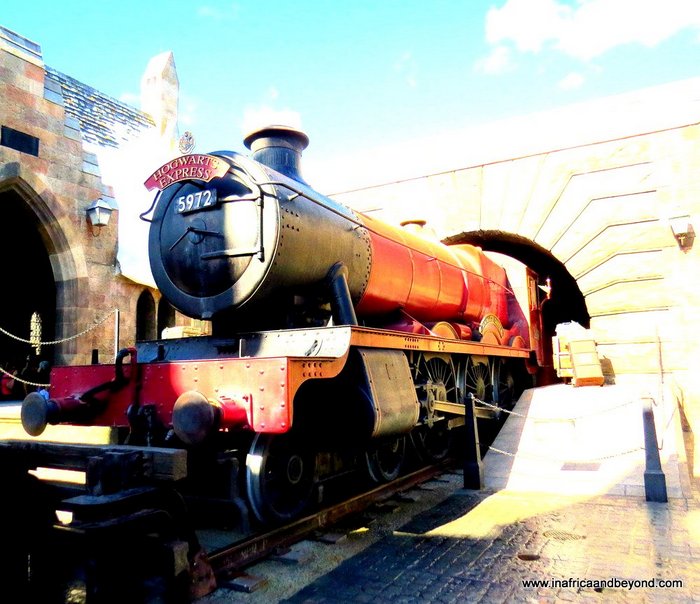 My daughter was called up for a wand choosing at the wand shop where she experimented with different wands as she practised her spells in the shop. Her first two wands did not respond very well to her spells and they had the opposite effect of what was intended. Then she was presented with a third wand and suddenly gentle music began playing and lights sparkled in the dark shop. She was quite pleased when she was told that she had the makings of a fine wizard and was presented with an option to purchase the interactive wand which would cause spells to occur in the Harry Potter world. 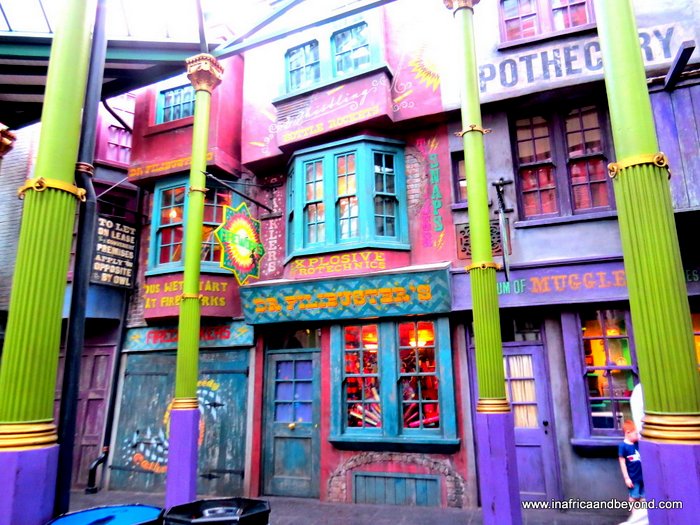 The park also has other cool rides too, most of them based on popular movies - like “Revenge of the Mummy”, Transformers and Dr. Seuss. If you only have a day there, be sure to get a Universal Express pass which entitles you to skip the lines at most rides.

My verdict: I found that most of the rides at Walt Disney World were gentle and relaxing whereas the rides at Universal Orlando Resort were more hip and thrilling.

If you are a Harry Potter fan or a thrill ride fan, you simply have to visit this theme park.