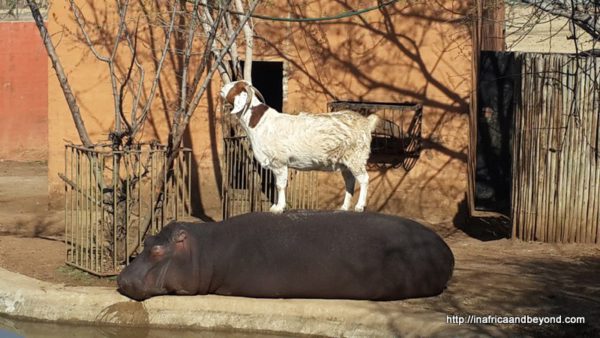 I much prefer animals to be in their natural habitats than in enclosures. The joy of seeing animals roaming freely on safari far exceeds that of seeing them in captivity and of course the animals are usually much happier. However not everyone can go on safari as it can be quite expensive and far to travel to. That's where places like Animal World come in.

Located at Emerald Resort in the Vaal, it has approximately 500 animals from over 80 species. Here are some photos from my visit. 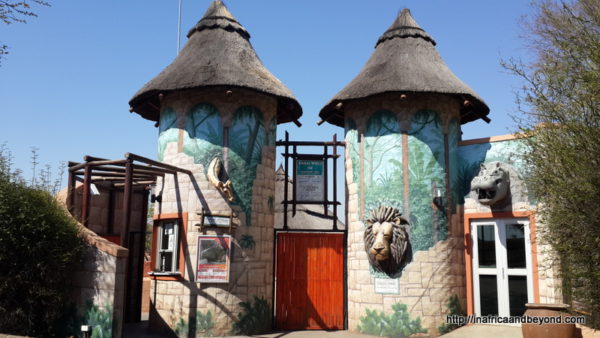 We were welcomed by the Chilean flamingos near the entrance. 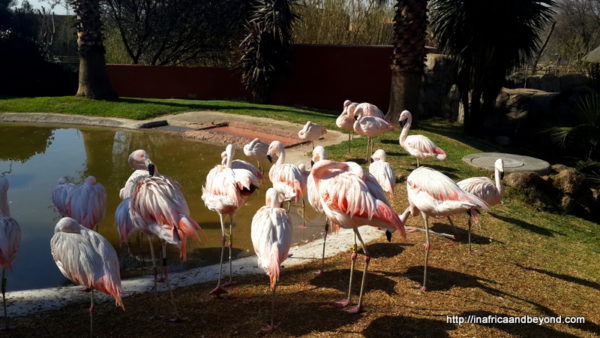 We thought it was unusual that the goat and the hippo were in the same enclosure. We were amazed when we saw the goat jump onto the hippo’s back and the hippo seemed just fine.

Then we saw this sign outside the enclosure. They may be unlikely animal buddies especially considering how dangerous hippos can be but it does happen. 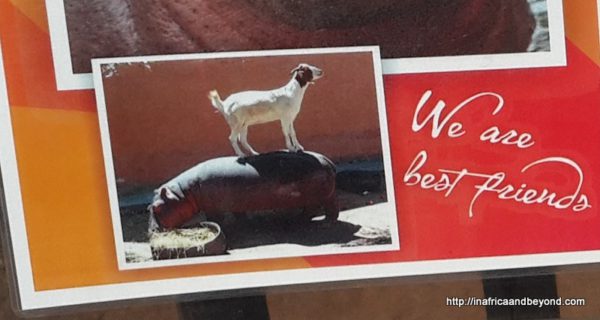 The white swans were enjoying a swim in the fine weather... 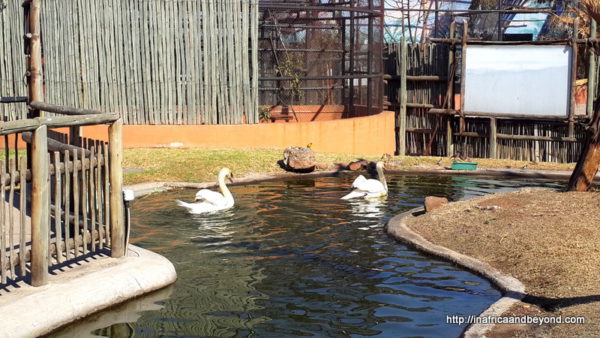 and so were the black swans. 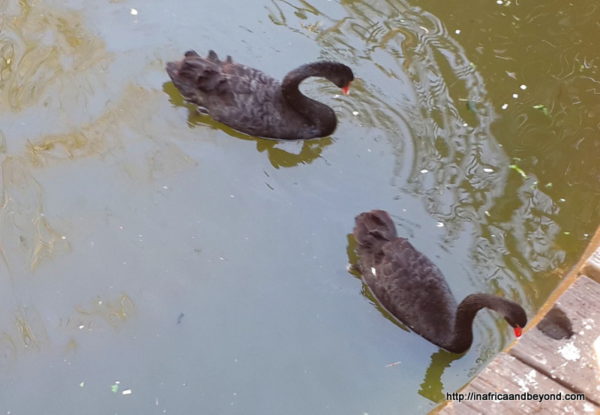 We saw the iguana... 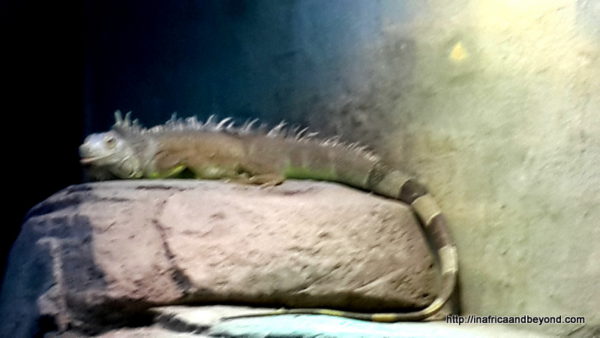 and the cute chipmunk. 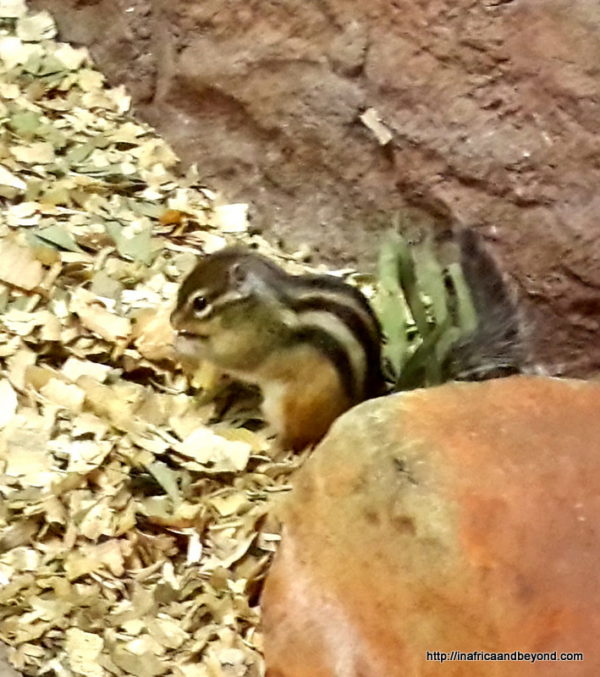 The hippos, Romeo and Juliet, were stretching their jaws... 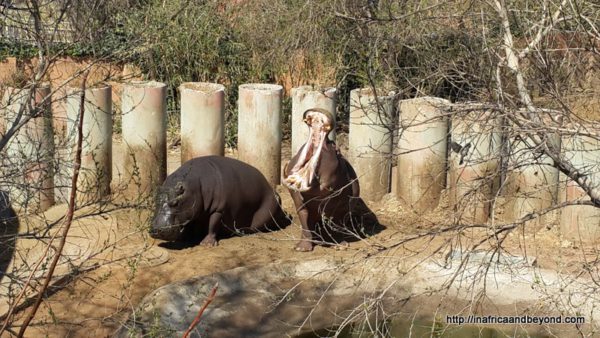 and the wolves were restless. 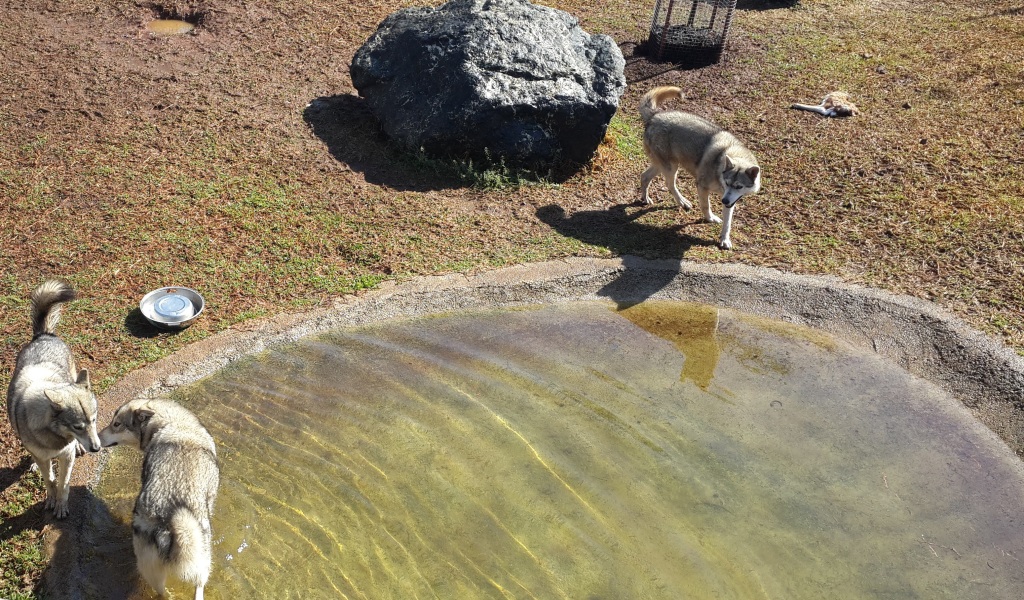 We could hear the lion’s roars from the time we entered the Animal Word. And when we reached his enclosure, he was roaring almost non-stop. We later discovered that he had just lost his friend, Pico, who had died of natural causes. As he roared, I tried to calm him down with soothing sounds and it seemed to work temporarily. 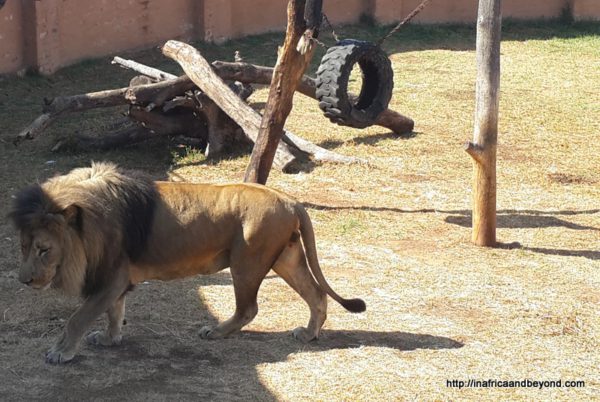 We also saw a caracal, several different species of monkeys and birds , snakes, raccoons and more.

Animal World also offers game drives to see their giraffe, zebra and various other herbivores but since my ideal game drive usually involves cats and other fierce creatures, I decided to give it a miss. Educational talks are held on certain days.

Emerald Resort also has another very popular attraction - the Aquadome, which is a climate-controlled indoor water wonderland. 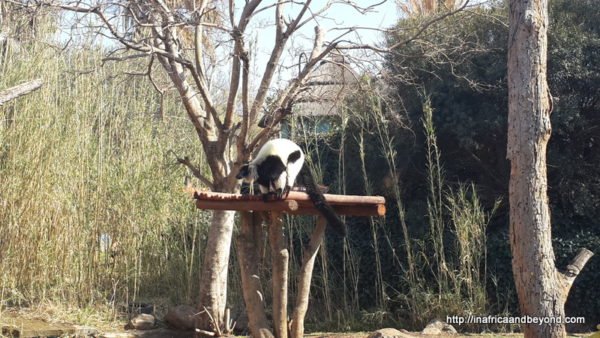 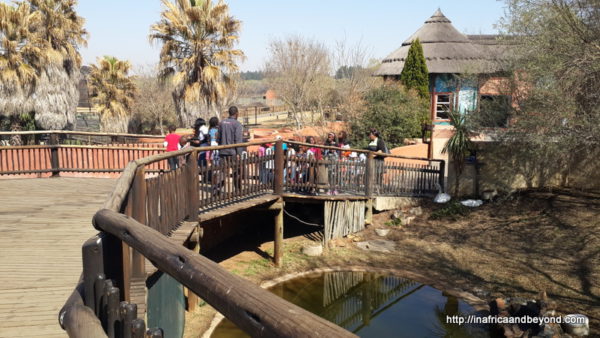