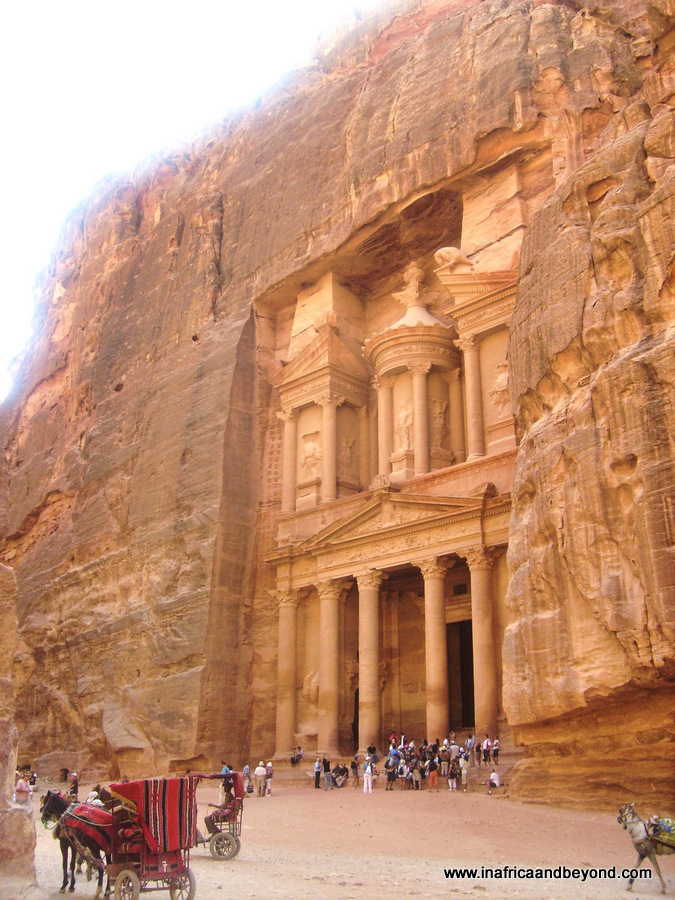 A visit to the Ancient City of Petra in Jordan

"A rose-red city, half as old as time"... John William Burgon .
Apt words to describe Petra , one of the "New" 7 Wonders of the World, even though this fascinating city is not exactly new. Also called The Lost City, it was carved into stone by the Nabatean people between 400 B.C. and A.D. 106. During that period, it was also the capital of the Nabataean empire and a bustling trading centre. Much of the city was destroyed by severe earthquakes between 1 BC and 8 AD.  It then remained uninhabited for over five centuries until it was rediscovered in 1812 by Johann Ludwig Burckhardt, a Swiss explorer, who wanted to see the grave of Aaron. Excavations began in 1929 and new discoveries are still being made.

Our visit to Petra

Tours to Petra are easily available and highly recommended when in Jordan. We visited Petra on a day trip from the capital Amman , while on a brief visit to the Kingdom during a Middle Eastern trip. After a three - hour road trip, we stepped back in time as we entered the ancient city. 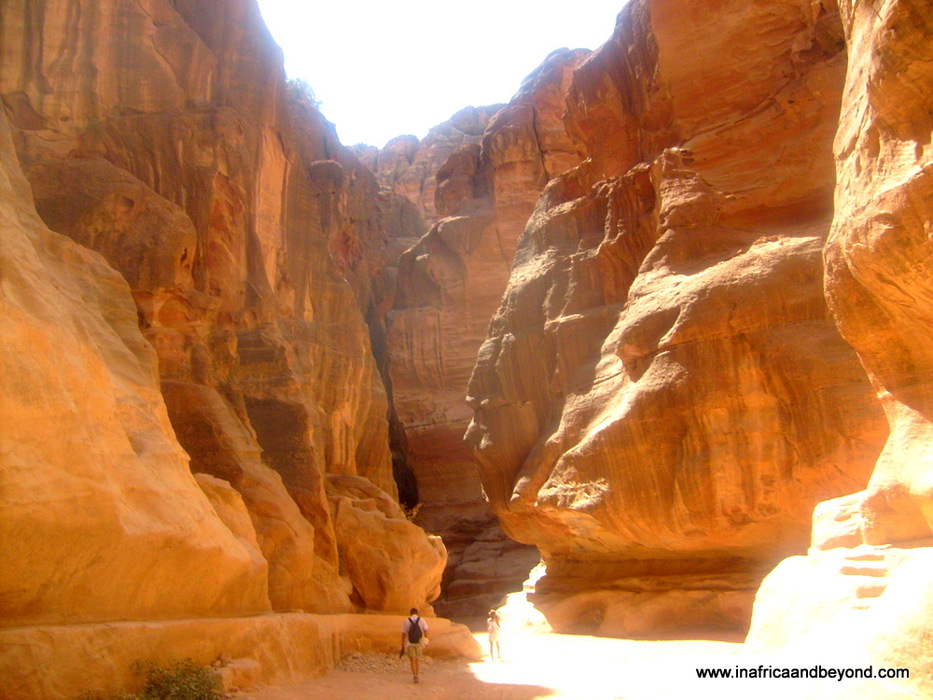 We entered Petra through the 1,5 kilometre long Siq, a natural gorge flanked by 80 metre golden-pink sandstone cliffs, and emerged at Al-Khazneh, the Treasury, and pride of Petra. It was a temple or royal tomb in its day and the exquisitely carved rocks are a testament to the Nabatean engineering genius.

We saw caves, royal tombs, temples and theatres and passed through the colonnaded Street Of Faces. One could ride on horses, camels or donkeys depending on the terrain but we preferred to walk, awestruck by our surreal surroundings. 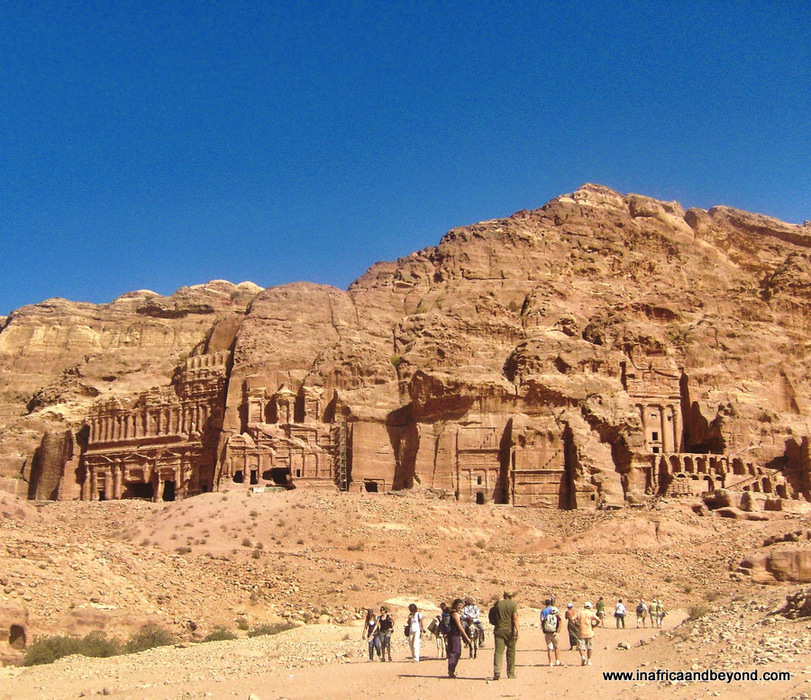 Bedouins offered us their wares and one woman furtively proffered an authentic Caesarean coin, which we declined on the premise that it was illegal.

We saw a modern car parked in an ancient cave which was quite a contradictory sight. 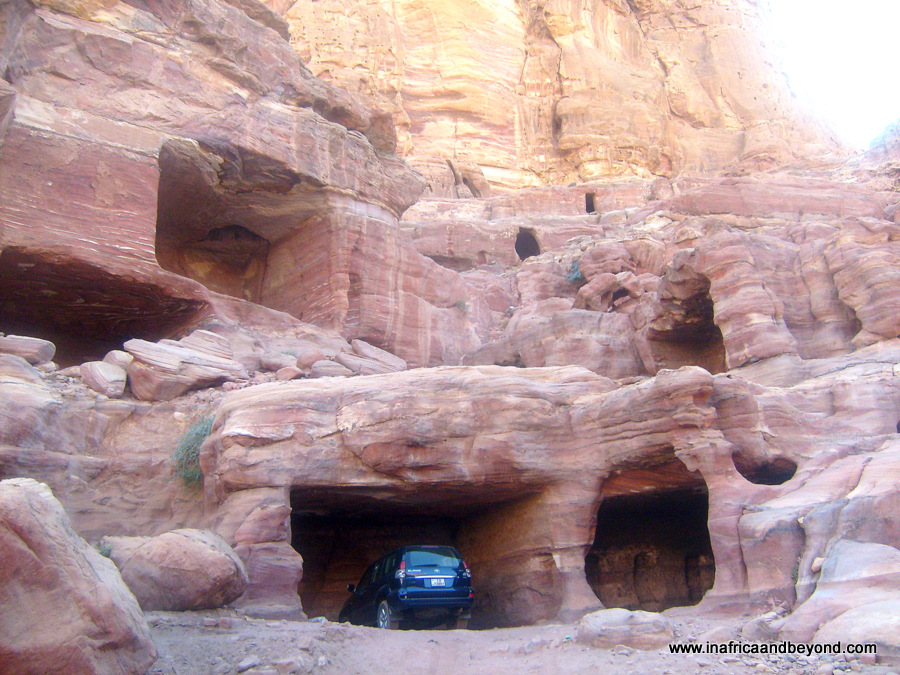 A cheeky camel snorted at my 4-year old son and startled him, ensuring that he stayed close to us thereafter. 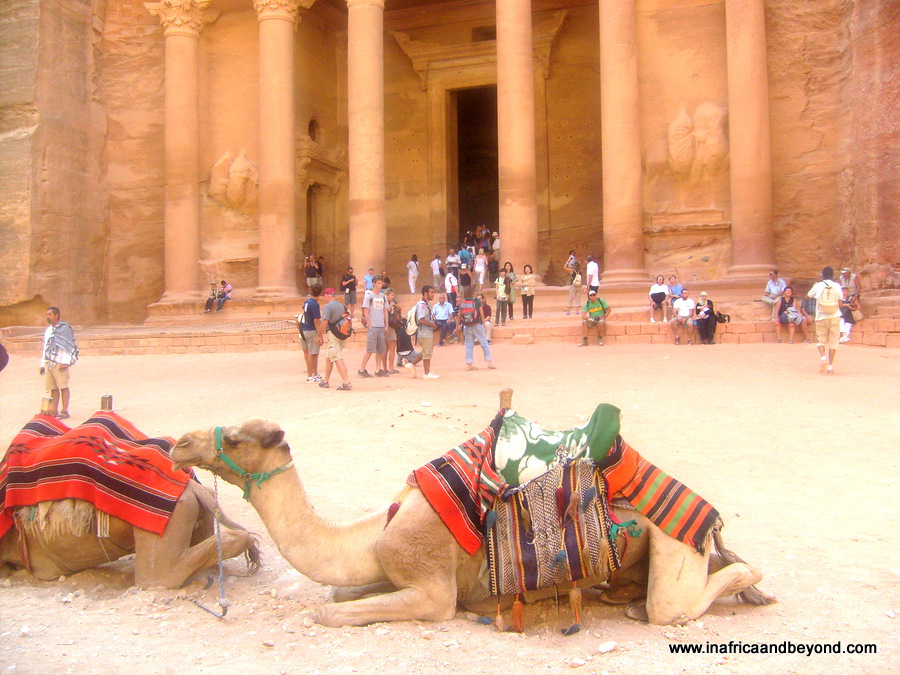 We spotted prayer mats laid out in a cave through a crevice. It offered some respite from the blazing heat. 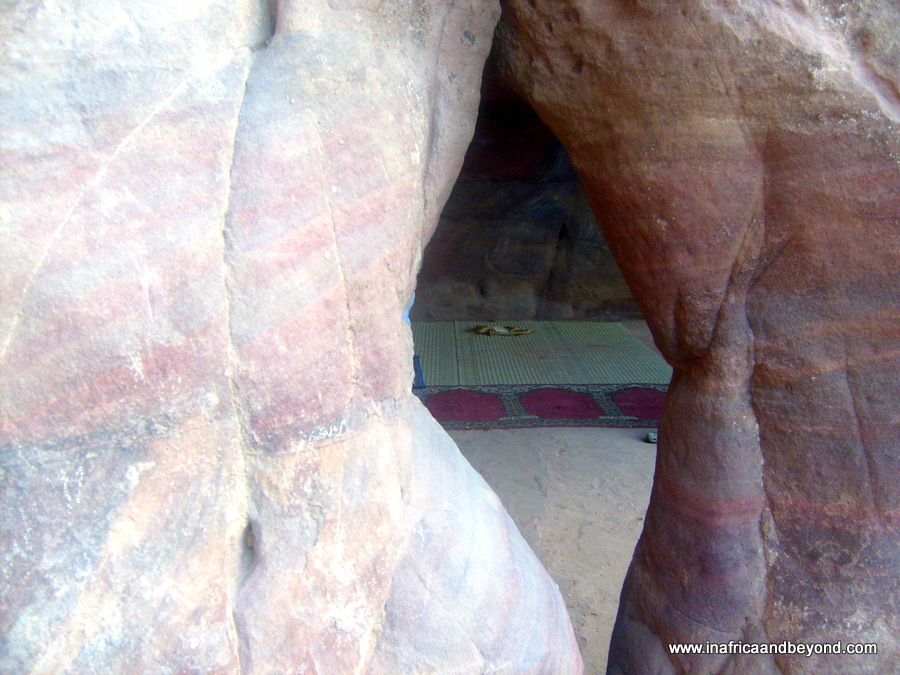 It was not difficult for my husband and I to make the decision to walk up the 823 steps to Ad-Deir ”The Monastery”. Our kids were too young and would not have managed the arduous ascent so we left them at the bottom with Grandma.

Sugary soft drinks in a Bedouin tent high up in the mountains refreshed us en route and I bought a traditional beaded necklace from a stall there.

At the top, the spectacular views of The Monastery made the climb worth it and the views of Petra in the diffused afternoon light were dazzling. We admired them for a while, then walked back down the steps again. 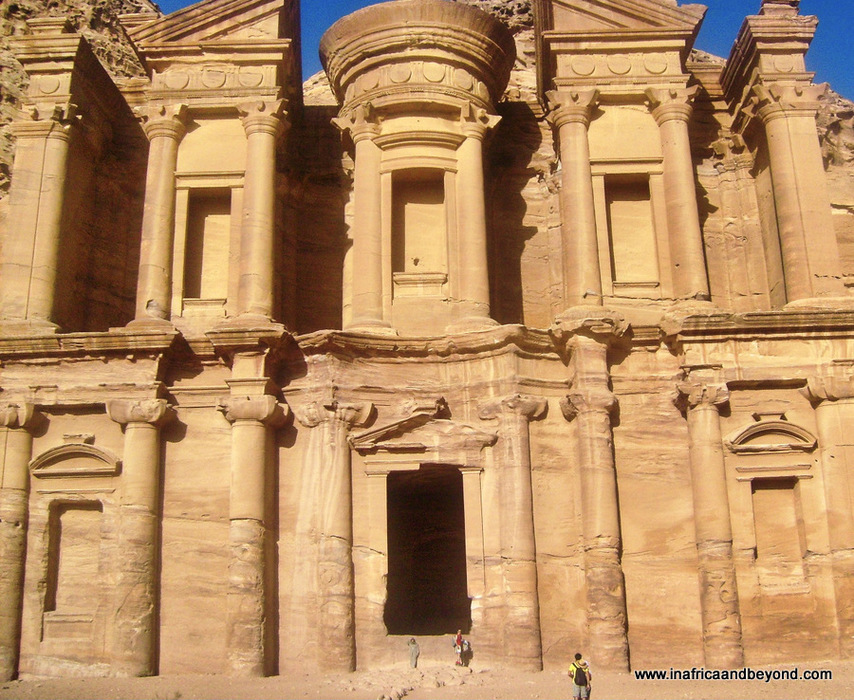 After a day under the blazing hot sun in one of the oldest cities in the world, we had sore legs that would take a week to recover but memories that would last a lifetime.

Once back home, I read a book called "Married to a Bedouin" about a New Zealand born nurse who visited Petra with her friend in 1978, met a bedouin from there, married him and lived there. It was a fascinating glimpse into the lives of the people of Petra . 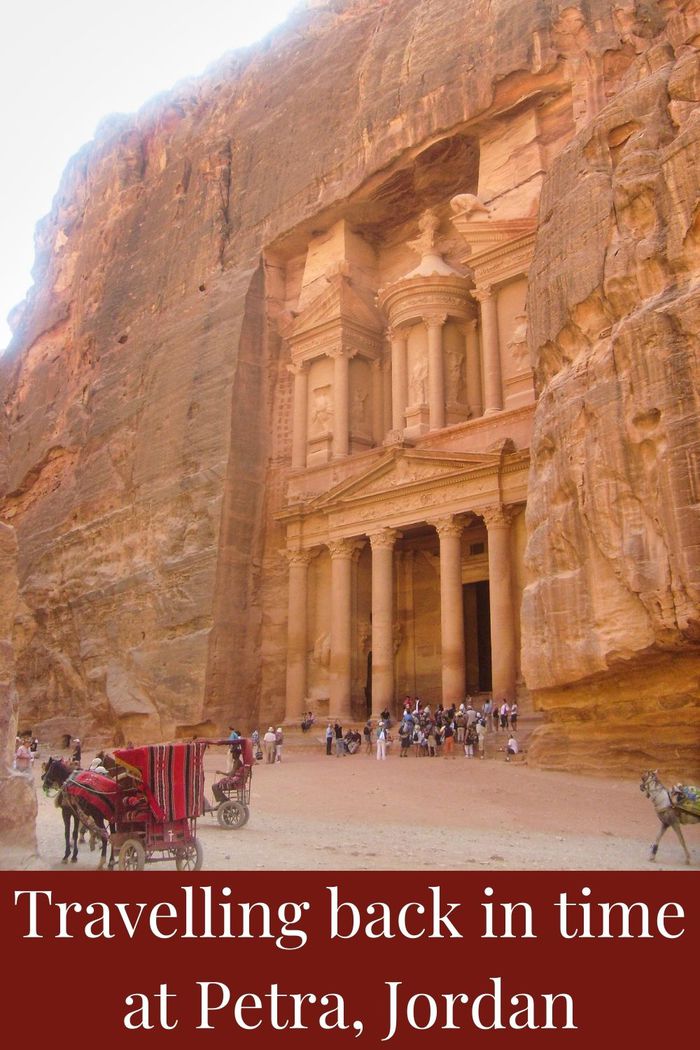