A short visit to Ciudad Del Este in Paraguay 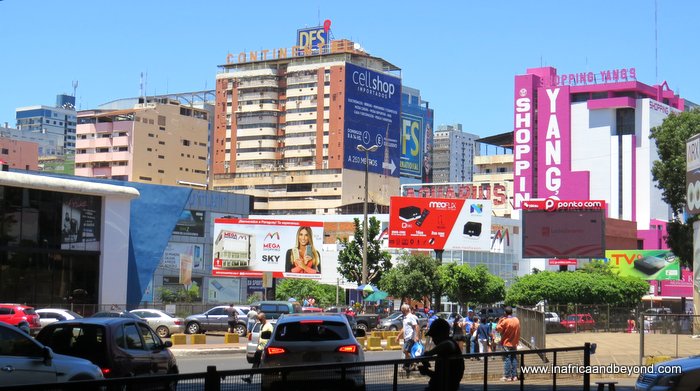 A short visit to Ciudad Del Este in Paraguay

When researching things to do in Foz Do Iguacu, I discovered that visiting Ciudad Del Este , the second largest city in Paraguay, was a popular option. Visiting another country, even for a short while, was something I couldn't resist, even though we didn't have much time.

The first time we tried to do it, on a weekday, we drove with our rental car towards the border. The traffic was horrendous. A few kilometres away from the border, touts began accosting us, insisting that we had to park there in order to go to Paraguay as there would be no nearer place than that to park. Of course, they wanted to charge us inflated prices for the privilege. We gave up and returned to our hotel, disappointed. 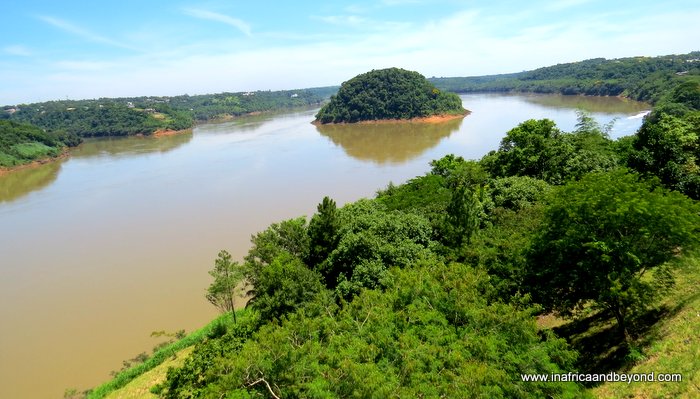 The second time, we asked a taxi to take us to the border. It was a Sunday morning. In marked contrast to our previous attempt, the roads were quiet.  The taxi driver dropped us off at the border post where we got our passports stamped then crossed the Friendship Bridge over the Parana River into Paraguay. As South African passport holders we didn't require visas. This was a pleasure as we normally need visas to most places. 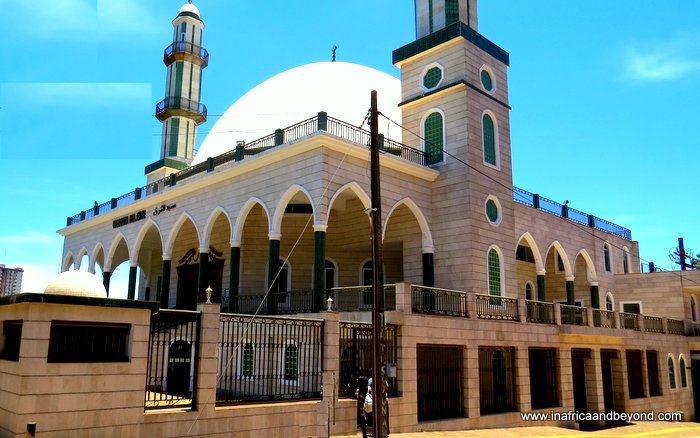 On the Paraguay side, we got our passports stamped again. Many people cross over without stamping their passports as there are no strict security checks. But where's the fun in visiting a new country without getting the stamp to prove it?

Located on the triple border between Brazil, Argentina, and Paraguay, Ciudad Del Este is one of South America's most cosmopolitan cities. It was very different from Foz do Iguacu. All we saw on entering the city were shopping centres upon shopping centres. There were large crowds of people and heavy traffic. 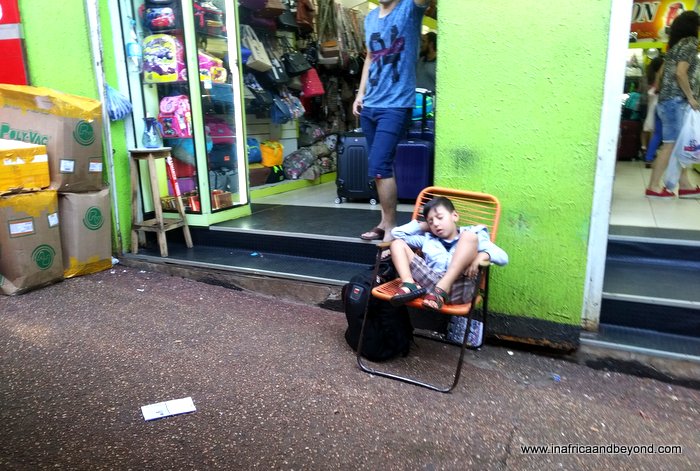 A little boy sleeps outside the shops

We walked around the shopping centres and the markets for a whole, just browsing. Some of the shops were closing at around midday. Then we took a taxi , intending to go to a restaurant that had been recommended to us. After the taxi had dropped us off, we realised that it was not the right place, but he had left already. There were no other restaurants nearby. Getting another taxi was a bit of a mission. A local security guard helped us to get one. When we got one, he agreed to drop us off at our hotel in Brazil. That was the end of our (very) short visit to Paraguay. What I found fascinating was how easily borders were traversed in this part of the world because of friendly relations between the neighbours.

Read about more things to do in Foz Do Iguacu here.

Ciudad del Este is situated directly on the right bank of the Paraná River at the border with Asunción and has become a major tourist destination due its many attractions including shopping malls, restaurants, casinos, parks and other entertainment outlets. With its strategic location right on an international border, Ciudad del Este offers visitors access to multiple countries during their stay. The second largest city in Paraguay, it features a famous Friendship Bridge connecting it to Brazil.

However, as with any place you visit, it is important to take certain precautions and follow safety tips. When travelling around Ciudad Del Este, make sure to stay aware of your surroundings and use common sense when out in public areas. Pickpocketing and other petty crimes can occur on public transport, so always keep your belongings close and your valuables out of sight. Women should also be extra cautious when travelling alone at night or in deserted areas - it's best to stick with groups or large crowds if possible.