Days of the Dinosaur Exhibition in South Africa 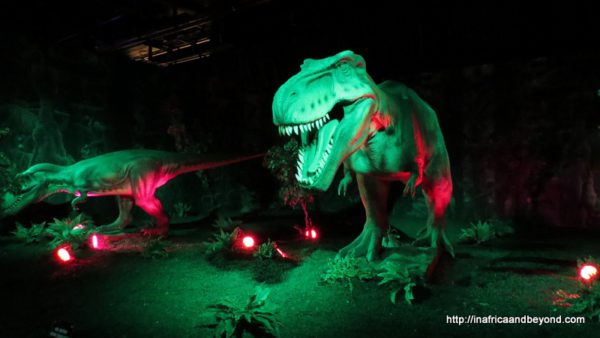 Days of the Dinosaur Exhibition in South Africa

When I first heard about dinosaurs coming to South Africa, I asked my son if he wanted to go and see them. Having just watched the Jurassic Park series, his first question was “Real ones?”.  No, my son, (un)fortunately not. But this is as close as you’re going to get to the real thing. Dinosaurs have fascinated us from the time we were little kids.  We have often wondered what it would be like to live in a world with dinosaurs.

Movies like Jurassic Park have just fuelled our imaginations even more. But those dinosaurs were on screen. For the first time ever, South Africans are now able to experience what it was like to walk amongst moving roaring dinosaurs – albeit animatronic ones– without being devoured. 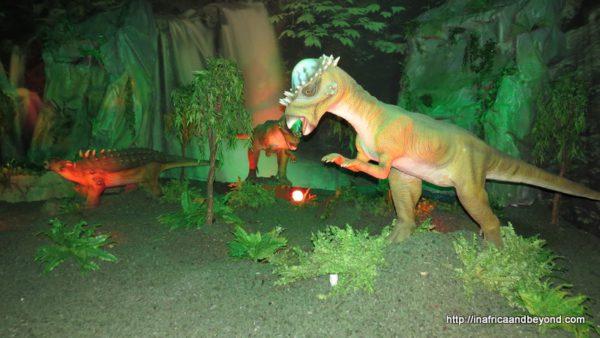 The dinosaurs are part of an international exhibition that has recently been brought over from Vigo, Spain.  Originally from Argentina, there are currently eight separate exhibitions touring the globe. Days of the Dinosaur : The Exhibition features 45 life-size dinosaurs and two skeletons, many with sound effects and moving parts. It opened to the public in Johannesburg on 20 June to sold-out shows as children and adults alike thronged to see the dinosaurs in action.  The exhibition has been described as ”A feast for South African dinophiles and dinomaniacs.” 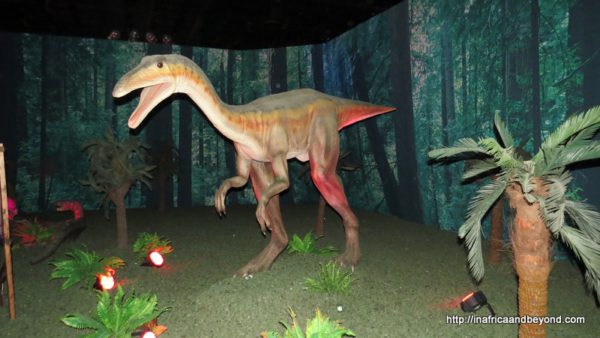 According to Edmund Beukes of Media24, who is co-ordinating the exhibition’s organisation, “It’s not just about seeing life-size dinosaurs. The exhibits have been designed to show people how dinosaurs would have really lived and moved centuries ago in their natural habitats.”

As we entered the exhibition, we felt as though we had walked into a scene from Jurassic Park. The Convention Centre floor had been changed into a prehistoric landscape to recreate the environment in which the dinosaurs lived. There were all sorts of dinosaurs:  big and small, short and tall, hairy and spiky, herbivores and carnivores, fierce and tame. Triceratops, Velociraptor, Stegosauraus and Brachiosaurus were all there and so, of course, was the star of the show, Tyrannosaurus Rex, at a life-sized size of 4 metres high and 13 metres long.

The artists who built the splendid creatures worked with palaeontologists to ensure that the models and their movements in the environments depicted were scientifically accurate. Aptly named Guide-osauruses took the groups around and provided information on the beasts they were seeing. Audio guides were also available and information boards near the dinosaurs gave details on their characteristics and locations where they were found. Some were even found in South Africa.

Day of the Dinosaurs - T. Rex

The experience is interactive. Entry forms are collected along with tickets and children are encouraged to find the answers to the dino quiz while going through the exhibition. There is a separate one for primary school learners and another for high school learners. My children had fun reading the information boards and learning as much about the dinosaurs as they could in order to answer the questions. There is a daily R500 airtime prize and a grand prize of a trip for a family of four to the National Geographic Museum in Washington, USA. 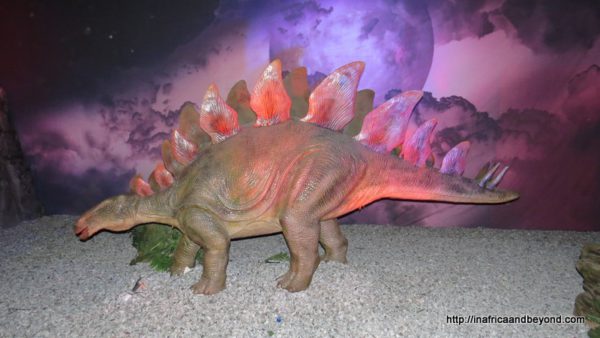 Photography is allowed so you can take that all-important selfie with T. Rex or his cousins. Other activities at the exhibition include a 3D movie, dinosaur rides for little kids, a dinosaur shop for souvenirs and photo props including a dinosaur egg and T Rex. 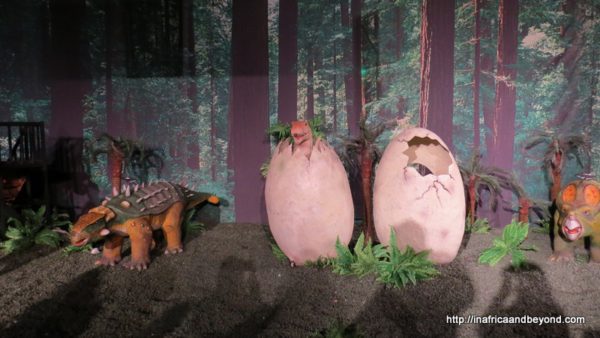 The exhibition will continue at the Sandton Convention Centre until 20 July and will be in Cape Town: CTICC from 31 July – 20 August 2014. Make sure you take your children to experience this once in a lifetime opportunity to roam amongst dinosaurs.