Freedom Of The Seas

A cruise on Freedom of the Seas

Ahhhh, the incredible sensation of freedom! Imagine this: deep blue waters, the scent of salt in the air, standing hand-in-hand with your beloved on the top deck of a floating resort, while sailing past the picturesque Miami mansions of the rich and famous into the orange sunset.

We were on the largest luxury cruise ship in the world (at the time), the Freedom Of The Seas  , the crown in the jewel of the Royal Caribbean fleet, embarking on a seven-day Western Caribbean adventure. It was an incentive trip, a reward for all the midnight oil burnt, and oh boy, was it worth it. This was more the canvas on which dreams were painted than the reality one could conjure up in one’s waking moments. 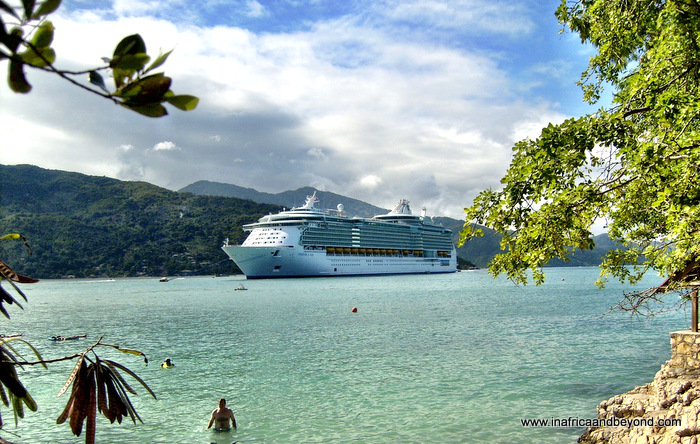 Freedom of the Seas

Freedom of the Seas weighs 160,000 tons, it is 1,112 feet long, 184 feet wide and it has 15 passenger decks. It towers to 208 feet, approximately the same height as two Statues of Liberty, placed head to toe. The title of the largest luxury cruise ship has recently been usurped by the ‘Symphony of the Seas’. 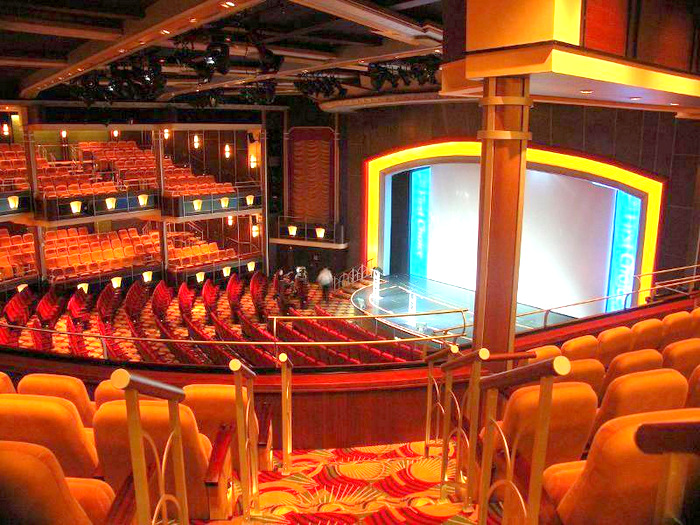 Sailing days were alternated with port days. The former were filled to the brim with all manner of activities, never a dull moment. These were meticulously planned the night before with a program of activities which was left under one’s door. There were jewellery and pasta-making workshops, comedy evenings, massages in the world-class spa, boutique shopping, parades and art auctions which saw me walk away with a rather expensive piece of art even though I knew practically nothing about art before I boarded.

There was food, food, food everywhere, all day long, eat-as-much as you like buffets which gave credence to the theory that the average person picked up two kilograms on a one-week cruise. Food ranged from American pizzas to fragrant beryanis and from grilled lobsters to aromatic soups.

Evenings on Freedom of the Seas had world-class entertainment line-ups which consisted of ice-skating shows, circus parades, musicians, magicians and my personal favourite, the laugh-a-second, stand-up comedy from the hilarious cruise director. 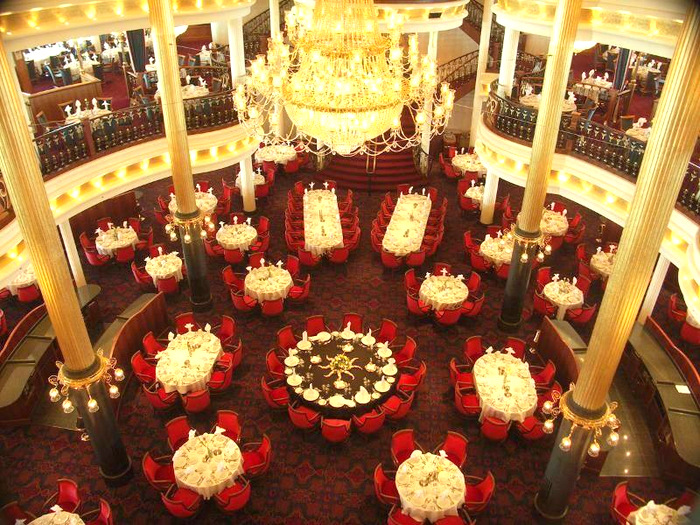 Port days began with lazy breakfasts overlooking that day’s port as the crew got ready to transport the passengers to the exotic shores, beckoning one to explore them. Excursions were normally pre-selected and one spent the day on land returning exhausted to our home on the sea before evening fell. Little tender boats which looked like babies next to the mother ship came to transport us ashore. 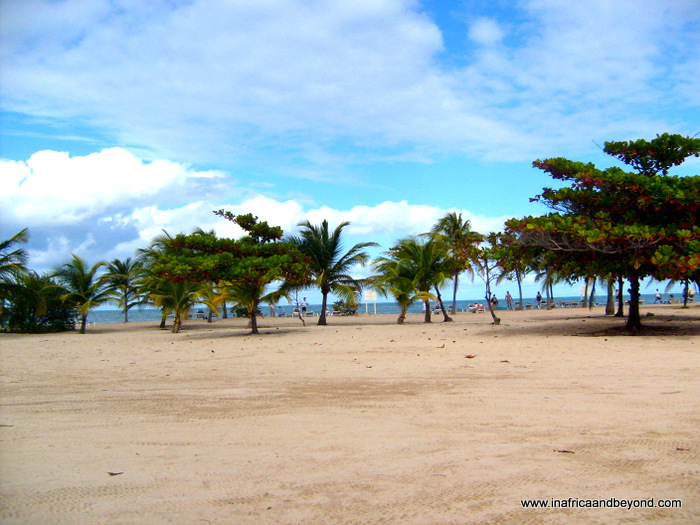 For our excursion, we chose a short historical tour of the island with a local guide, then spent the rest of the day relaxing on the beach. When we saw how much fun several of our fellow passengers were having on the “Dragons Breath Flight Line”, the longest flight line in the world, sliding at top speed from the top of the mountain down to the beach, we tried to book that as well even though we were not adrenalin junkies.

Unfortunately, it was fully booked and we had to console ourselves as everyone else relived their experiences. 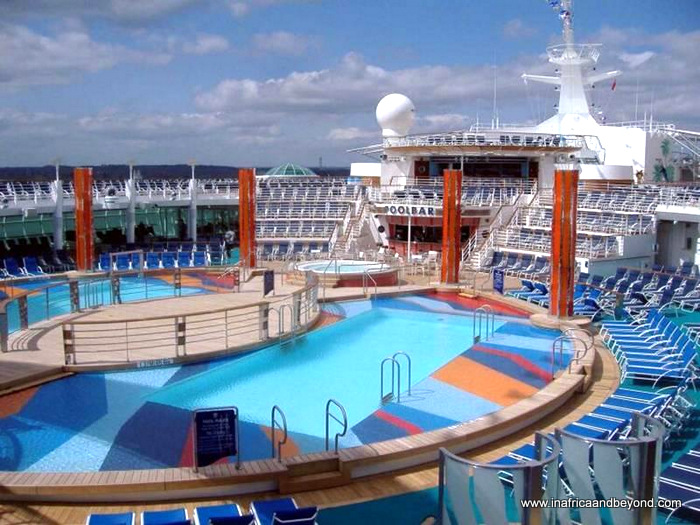 The size of the ship did not prevent it from gliding gracefully. With over three thousand guests and two thousand staff members at their beck and call, it was more a small city than a large ship yet one never felt crowded and privacy, when required, was always easy to find. I barely felt the ship moving which spared me the rocky feeling one experiences for a few days after a trip on a smaller vessel. Motion sickness tablets, although at hand, were not required. 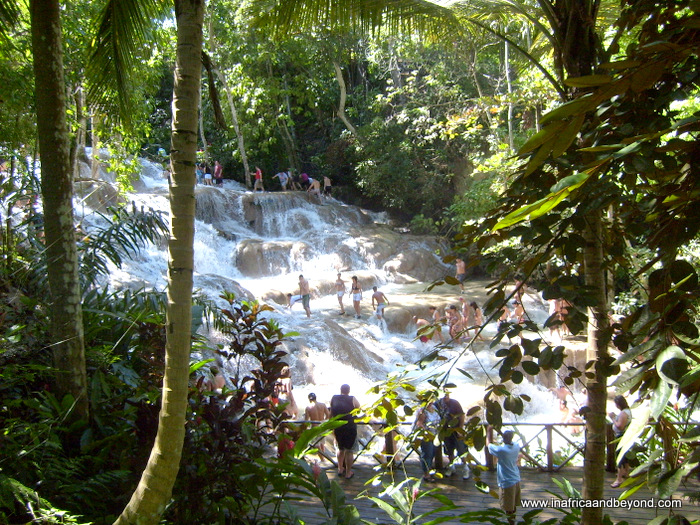 ‘Down the way, where the nights are gay and the sun shines daily on the mountain top, I took a trip on a sailing ship and when I reached Jamaica, I made a stop’. The lyrics from my childhood which had always conjured up wistful images of faraway lands had finally become a reality. It was my theme song on the second port day which took us to the exquisite shores of Ochos Rios, Jamaica, the land of Bob Marley and rainforests that stretched for miles.

Here we encountered Jack on the Beanstalk, a dreadlocked man on stilts who walked through the rainforest posing for photographs which earned him his daily bread. We visited a plantation with exquisite waterfalls and gardens. The more adventurous among us climbed the Dunn’s River waterfalls and we had great fun watching them slipping and sliding. Jamaica was irie, ya mon!

Our third stop was Georgetown, Cayman Islands, a town built around the cruise ship industry. We docked at the harbour alongside other Royal Caribbean ships and their rivals, Carnival Cruises. This was an adventure filled day, starting with a walk through the town where we encountered many bearded pirates along the way. We visited a turtle farm where we played with giant turtles, salivated over the seven-mile beach and encountered a place called Hell.

The highlight of this visit however was a semi-submarine trip where we cruised along the bottom of the ocean, watching stingrays and divers, shipwrecks and sharks, voyeurs to a secret underwater world. 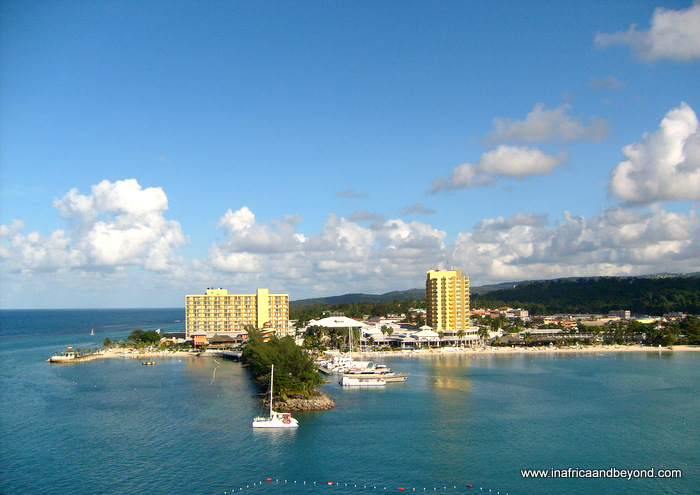 Our last visit was to Conzumel, Mexico. We walked through quaint bazaars where Mexican women in long skirts sold sombreros and ponchos, to our bus, which was to take us to the Tulum Mayan ruins, a forgotten city built by the Incas. The ruins, built atop huge black cliffs which towered over the turquoise waters of the Carribbean were a sight to behold.

Our Mayan guide shared Mayan history with us as he showed us around Tulum, an important city between 1000 and 1600 AD. After an intensive tour of the ruins, most of the tourists then went for a cooling swim and a bit of sunbathing on the postcard beach below. 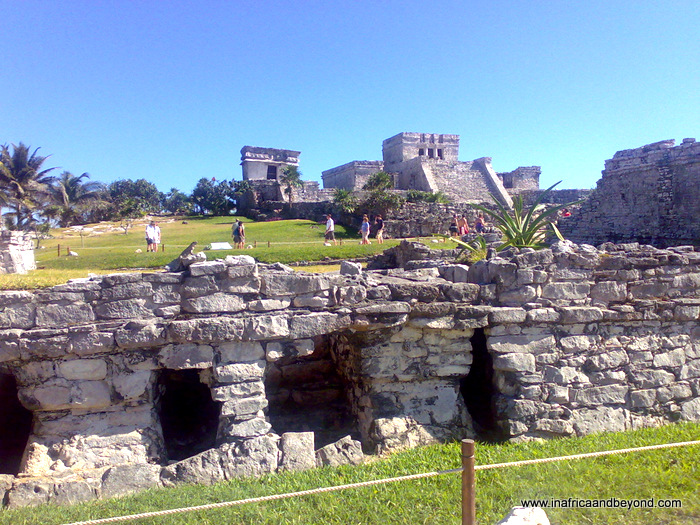 Our final day was spent at sea. The on-board spa was full as guests went for their last round of pampering and de-stressing. The Royal Promenade was abuzz with last-minute retail therapy and gift shopping. The other facilities, which boast a rock climbing wall, H20 water zone, cinema and mini-golf course were also popular. A final round of art auctions and other workshops ensured that there was something for everyone. The last night ended with a spectacular show and our week at sea was over too soon. 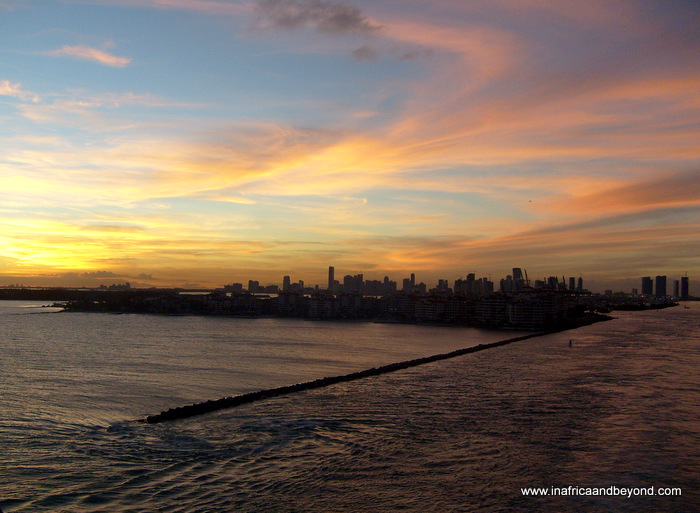 We disembarked at the Miami harbour. Embarkation and disembarkation were quick and easy considering the number of passengers. Neatly attired staff waved goodbye to us as they prepare to welcome a new group of passengers who would be going on the Eastern Carribbean tour, which alternates with the Western Caribbean tour. Sadly, we bid farewell to them and to the holiday of a lifetime. 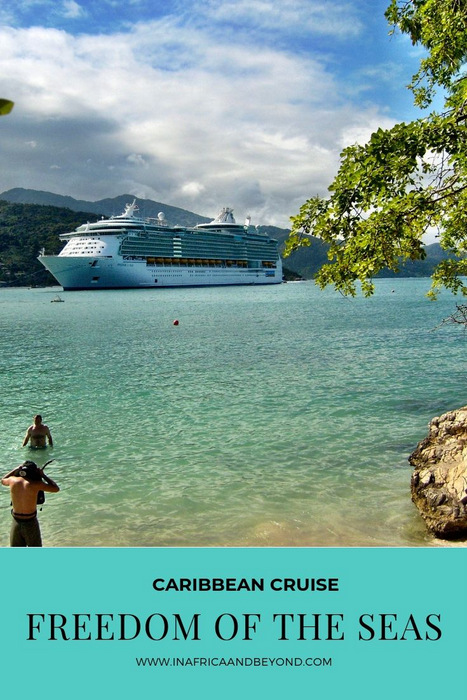 This article was originally published in Diversions magazine.

Read about my cruise on Splendour of the Seas here.