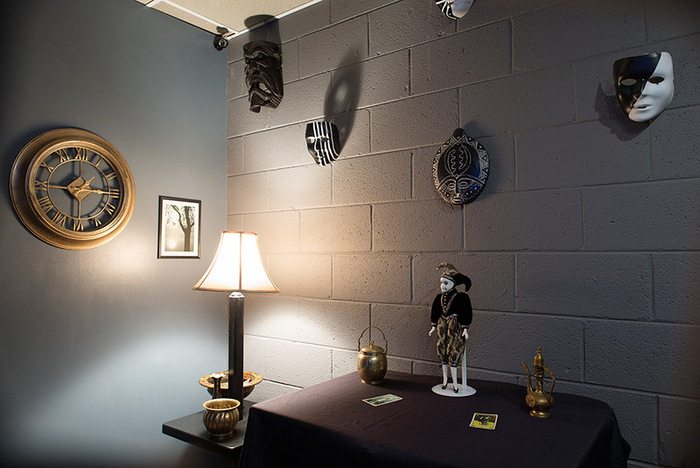 An abandoned house...a missing child...a decades-old mystery…if you want to feel as though you’ve stepped into a paranormal thriller, Johannesburg’s adventure escape room game Hashtag Escape might just be the thing for you. Read my escape room review here.

In case you haven’t heard of them, escape rooms are a popular craze that have been taking the world by storm over the past few years. Simply put, they are games in which players work in teams to uncover clues and solve puzzles within a limited period of time. Escape rooms originated in the 2000s, an emulation of the then-popular point-and-click video game genre which was based on a similar concept. The first escape-the-room game was released in 1988, but the genre’s popularity truly grew in the 1990s.

The game’s transmission to the real world began, some sources say, when a Japanese student had a brainwave while watching a fellow student play an escape-the-room video game. The first escape game is believed to have been launched in Japan by Takao Kato, of the Kyoto publishing company, SCRAP Co., in 2007. The concept initially gained traction in Asia, then spread to parts of Europe and North America. Currently, there are over 5000 escape rooms in the world - with genres ranging from action-packed thrillers to mystical ancient mysteries.

Hashtag Escape opened in 2016 and offers players three distinct experiences - the widest selection available in Johannesburg. The rooms and puzzles were hand-crafted by a team of South African puzzle masters. They are Hack Out (a prison-escape), The Rebel Room (a secret mission) and Closure (a supernatural detective story).  With everyone in my family (besides me) being horror-movie junkies, we opted for the latter. 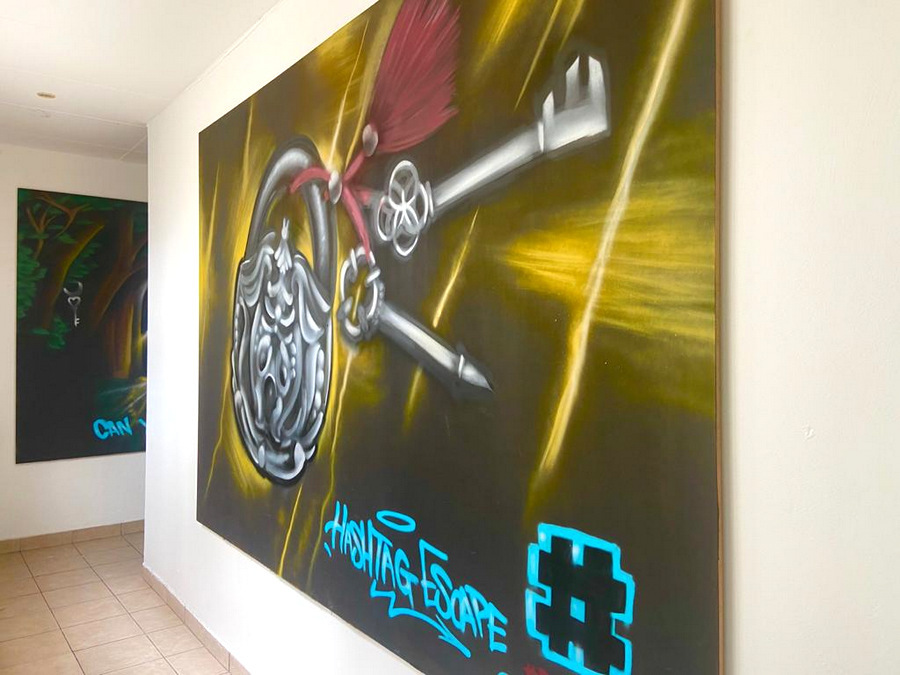 Your team has been imprisoned in separate cells in a Maximum Security Detention Facility. You're not alone... a mysterious figure has disabled the security systems. This is your chance! Hack Out before they are re-activated!

Your team has a secret mission, but the rebels have other ideas for you... Can you complete your objective and escape in time?

Paranormal investigators have been dispatched to an abandoned house to solve a decades-old mystery.
Can they find the truth before it is too late?

We were welcomed by a staff member and given a set of instructions before we began the game. Mobile devices were to be left outside (lockers are available) and we weren’t permitted to damage any of the props or permanent fixtures, or remove any photographs from the walls during our hunt for clues. A screen situated above the door would display the 60-minute countdown and hints to assist in solving the room’s many puzzles, if required.

We entered the room. The doors locked, and the countdown began. Armed with our collective wit, team spirit, a clipboard containing the information we needed to find the first clue, and the hints provided periodically on the screen, we set out to solve the mystery and escape the room - before the hour was up.

There were moments when we thought we wouldn’t make it. But we worked together to uncover clues, crack codes and unlock various cupboards and drawers, and eventually - with six minutes to spare - we escaped the room.

The room’s eerie design, the realistic props and the audiovisual media complemented the game’s storyline - which involved paranormal activity and the occult – and both combined to give us a hauntingly realistic immersive experience.

We had a lot of fun, and would love to return to attempt our escape from the other two rooms.

Who is Hashtag Escape for?

A visit to Hashtag Escape is a must-do for all fans of puzzles and mysteries. It is a great way to spend an afternoon with friends, family or colleagues. The amount of recommended players per room is 4-6, but all three rooms operate simultaneously, so large groups are able to split up. It is recommended that players be at least 12 years old, as younger children may become agitated in the small, eerie spaces. However, we were accompanied by my 9-year old niece and she was a happy participant, even helping us to uncover the final clue that got us out of the room.

Hashtag Escape is also an ideal venue for corporate events, as it engenders team-building by encouraging employees to work together to solve problems.

For more information and to book your game, visit Hashtag Escape. 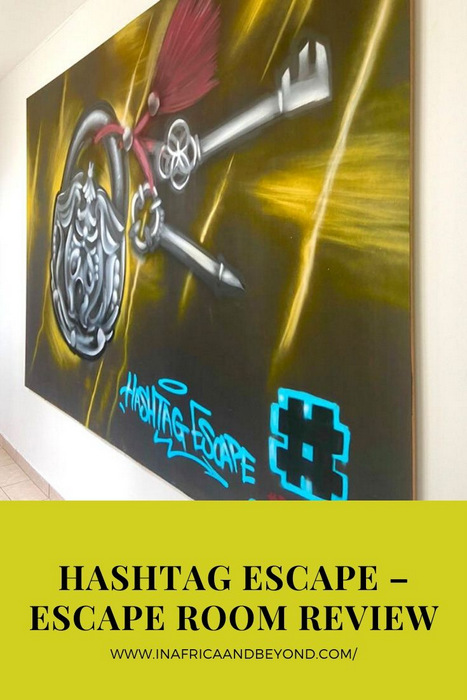