Jasmine Restaurant - A Taste of Syria in Benoni 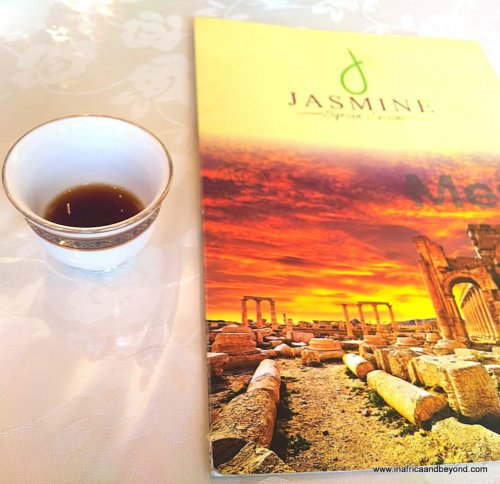 Update:December 2018 - This restaurant is now closed.

I'm always looking for new restaurants to experience and the more unique the cuisine, the more appealing it is to me. I had heard about Jasmine Restaurant soon after it opened early last year, but somehow never made it there before.

The restaurant is tucked away in a previously residential area of Benoni in the East Rand, amongst other little shops and parlours. The friendly owners, Yaser and Safaa Jabri Al Rehawi, are refugees from Damascus (also known as the City of Jasmine) – who have settled here with their sons. 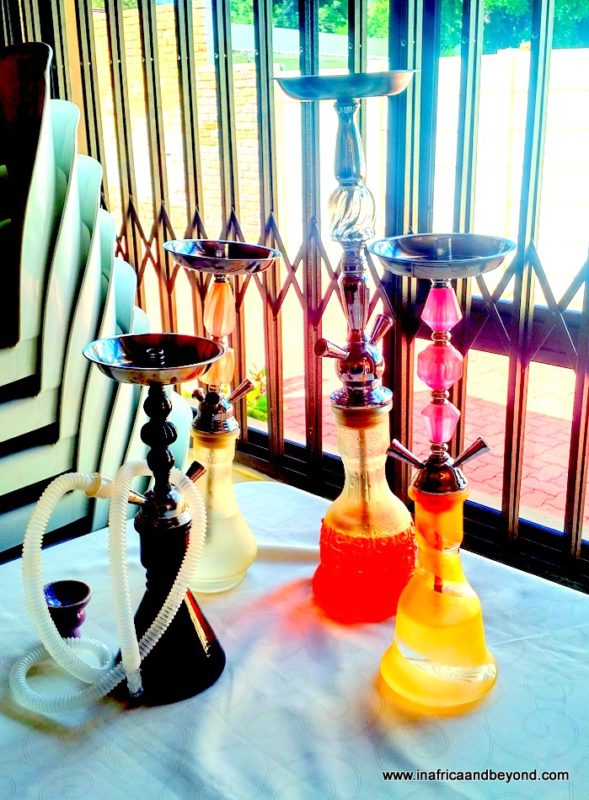 A signboard outside marks the presence of the restaurant and the beautiful front door welcomes one in. The decor inside is simple. Photos of historical monuments in Syria adorn the walls and I regretted not going there in more peaceful times, especially when I visited its neighbours Jordan and Palestine. In the centre of the room  is a fireplace, adorned with silverware and topped by a gilded mirror. A side table supports a collection of hookahs and baklavas.

A waiter led us to a table and shortly thereafter, Safaa, came to enquire if we needed any assistance. We were then served complimentary black Syrian coffee from a silver teapot with little cookies.

Between my husband, daughter and I, we decided to order a variety of Syrian dishes in order to sample more of the menu. My unadventurous (eater) son, ordered a burger! Yes, burgers are also on the menu. 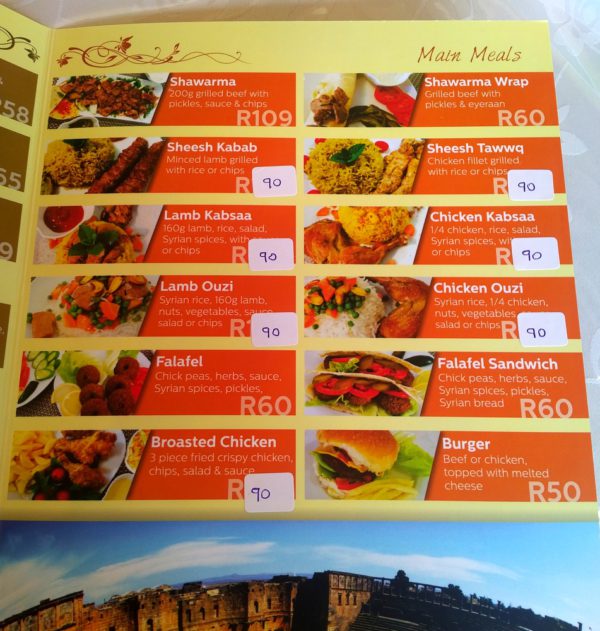 Mains on the menu

We ordered Baba Ganoush, Fatah and Samoosas for starters, and Chicken Kabsaa and Shawarma for mains. There are also some delicious salads and more rice and meat dishes on the menu.

The Baba Ganoush was served with pita bread.  It consisted of deliciously spiced, creamy aubergine sprinkled with crushed nuts and pomegranate seeds. 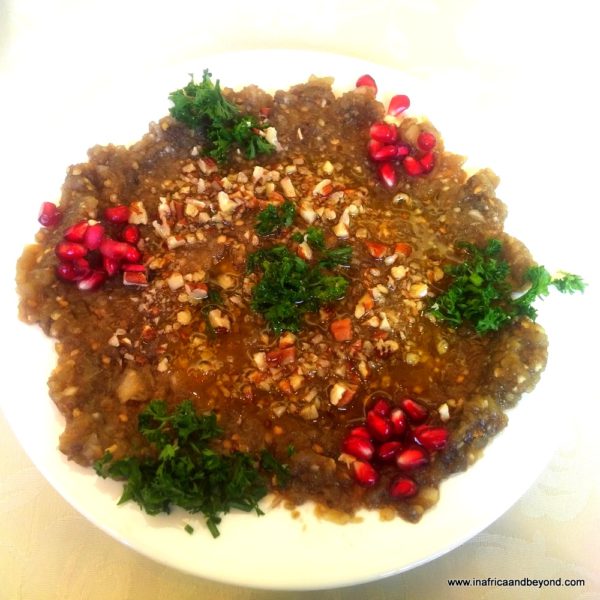 Fatah is normally served for breakfast but we decided to have even though it was mid-afternoon, not knowing when we’d be able to go there for breakfast. It was also rich and creamy, consisting of chickpeas served in tahini and yoghurt, on a bed of pita bread, and flavoured with Syrian spices, pomegranate seeds and crushed pine nuts. 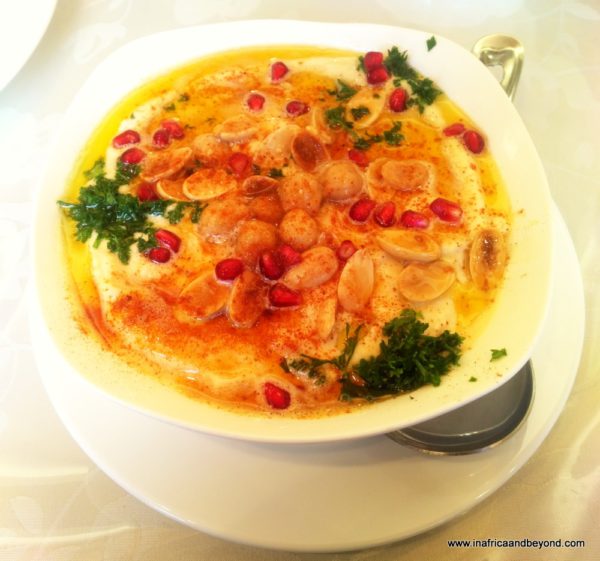 The Chicken Kabsaa consisted of spicy chicken served alongside a mound of flavoured rice and a spicy salad. 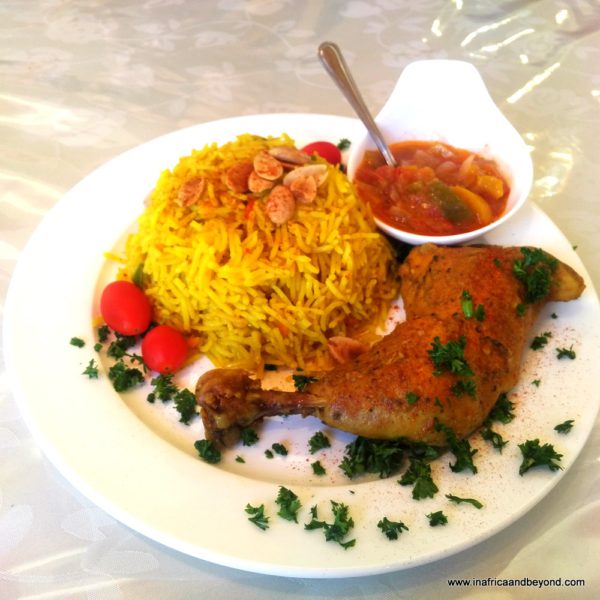 The Shawarma was not enclosed in pita, as we are accustomed to. Rather it comprised pieces of sliced, grilled beef, served with chips, yoghurt and pita. The chips were fresh, not the frozen variety that most restaurants serve. 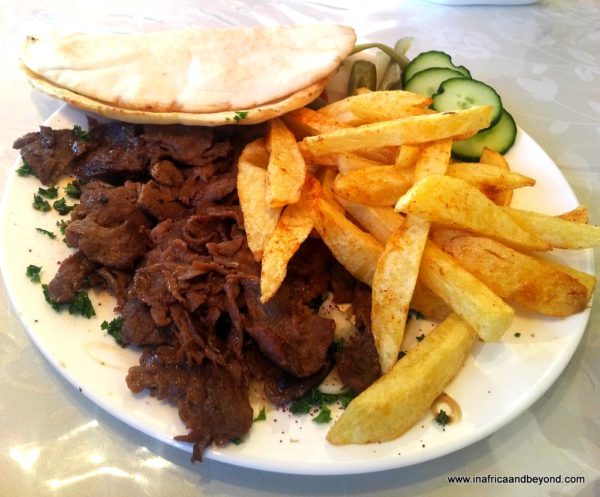 The food was delectable and gratifying and gave us a great taste of Syrian Cuisine. The burger was good too. 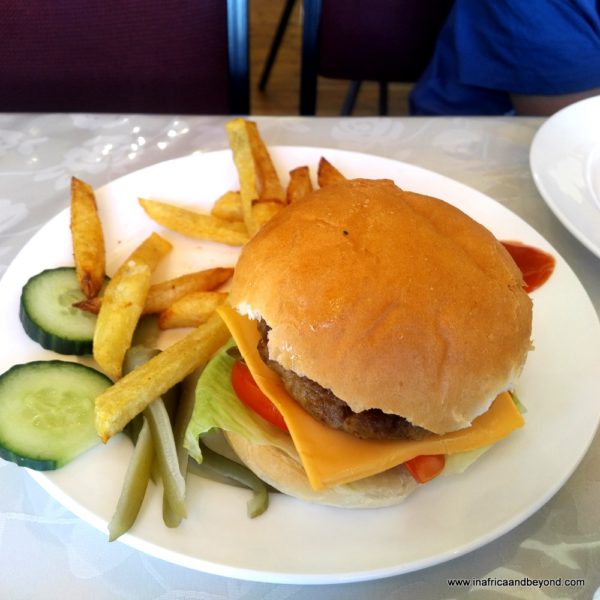 The drinks were mostly standard - like iced tea, kola tonic, and passion fruit- except for the chilled tamarind juice, a traditional Syrian drink, which was delicious.

Although I barely had any room left in my tummy I asked for a piece of traditional Nascoffee Cake just to taste this Syrian delicacy but unfortunately it wasn't available that day. Kunafeh was available though. 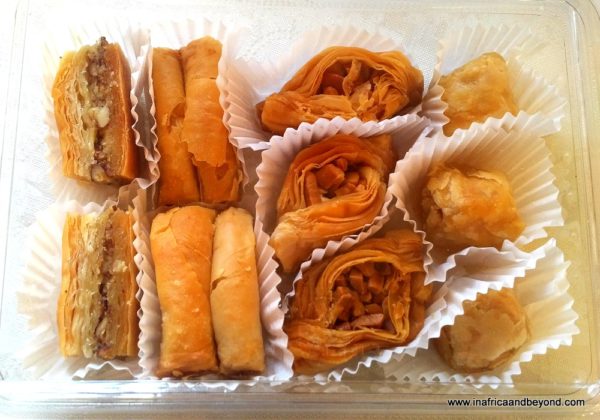 After lunch, I had a conversation with Safaa, who speaks beautiful English. She was delighted to hear my name and said that I was the first Sara she’d met in South Africa. She told me about her sons and her country and when I asked about her family still in Syria, her face fell. I left feeling sad for them and all the refugees around the world who have been displaced from their homes, but grateful for the freedom we enjoy here in South Africa.

Go and visit Sanaa and Yaser, eat their delicious, authentic Syrian cuisine and listen to their stories.