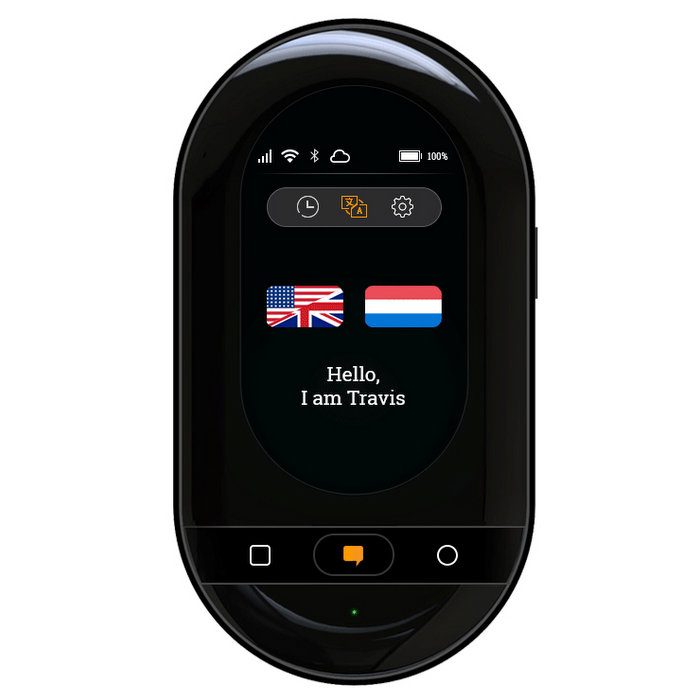 Imagine arriving at an airport and trying to explain to a taxi driver where to go to in a language you don’t speak... Imagine moving to a new country due to necessity but not understanding the language… Imagine going to a doctor in a foreign country but being unable to explain what is bothering you…

Travelling is exciting, adventurous and fun – But sometimes language barriers can be a bit of a deterrent. When travelling to other countries where English is not a first or second language – and they don’t speak any of the other four languages I speak - I can be a bit apprehensive. While travelling with my family, we have had lost in translation moments with foreigners and misunderstandings which were never cleared.

Enter Travis Touch – a nifty pocket-sized gadget that translates and understands over 100 languages around the world using advanced Artificial Intelligence software. Languages include popular ones like Chinese, Arabic and Spanish and lesser-known tongues like Galician, Marathi and Khmer. It even has Afrikaans and Zulu! See the full list here. 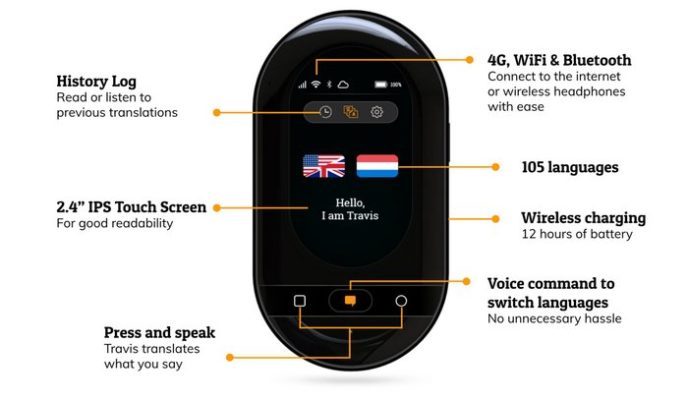 Travis Touch is small and compact making it easy to carry around. It offers two types of voice translation services: Voice recognition and text translation. This is how it works. You speak to Travis Touch in one of the many recognized languages, and it will translate what you've said and say your translated sentence back to you in the language you require - or show it as a text translation - or both -depending on the language.

I received my Travis Touch a few days ago. My high-tech teenage son and I have been experimenting with it and we are quite impressed with the results. It recognized both our voices easily and translated accurately. I can’t wait to travel with it!

See how Travis Touch works in this video.

Travis Touch’s predecessor, Travis One, sold over 110 000 devices worldwide, and was tested by consumers, hospitals, airlines and national defence forces. Feedback from users led to the new improved device which raised 50,000 USD in less than 16 minutes on Indiegogo, a crowdfunding platform. The new enhancements include a reduced number of physical buttons, a large touch screen and wireless charging. The Travis range also includes Travis Blue - a Bluetooth speaker that translates 60 languages by connecting to your phone.

Travis Touch works up to 12 hours on a single battery charge and can be charged with wireless charging stations and mats. In case you’re wondering, it does work in offline mode, but only with the languages that have already been loaded offline by the manufacturer. Unfortunately, it is not possible to load new languages for offline use yet. The device works best online via WiFi or 4G connectivity.

But Travis Touch is not only a translator. It has a sim card slot and can operate as a Wi-Fi hotspot for up to 11 other devices too. It also has a 4G connection and is supported by more than 200 mobile operators. 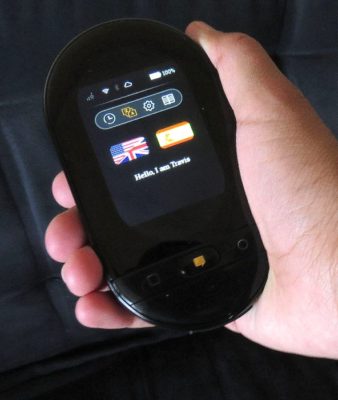 Travis Touch currently sells for €229 and can be shipped to over 100 countries. Free software updates are included. With the latest software update you can get the new Travis Teacher feature which will improve your pronunciation, for only €1. $2.50 from the sale of every device is donated to the Travis Foundation to digitise minority and lesser privileged languages for translation, education and preservation. One example is ‘Tigrinya’, the language of Eritrea and northern Ethiopia which has over 10 million speakers but hasn’t been digitized yet as larger corporates don’t consider it “commercially interesting’’.

According to Gregor Noltes, Chief Marketing Officer. “Using a Travis gives you a sense of comfort, ready to turn an insecure moment into a positive experience. 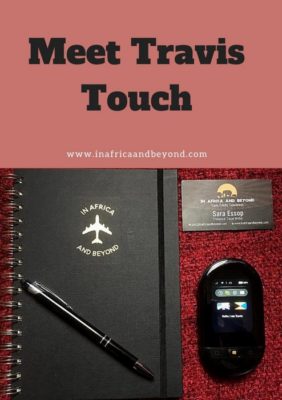