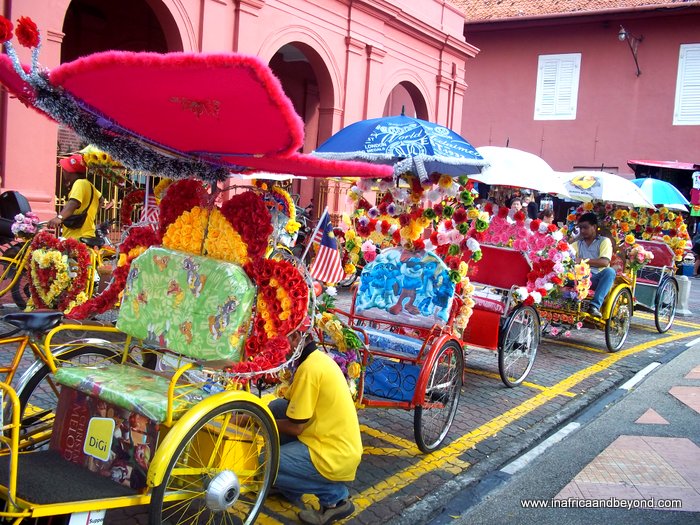 When researching Malaysia, Melaka emerged as one of the most interesting places in the country as well as a UNESCO World Heritage site, so we included a one night stay there. I don’t regret going there. However I do regret not spending more time there. Whereas Kuala Lumpur was the city face of our Malaysian holiday and Penang was the coastal face, Melaka was the historical face. 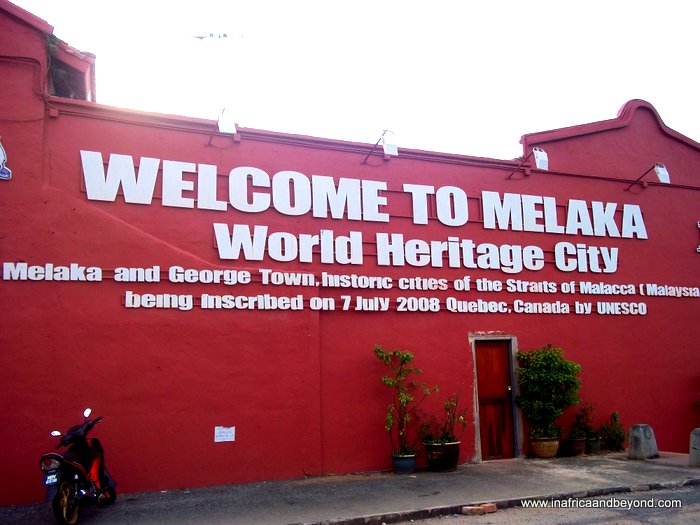 We got to Melaka after a two-hour bus ride from Kuala Lumpur. The air-conditioned bus was almost empty and very comfortable but we ran out of petrol on our way there, probably as our young bus driver was a bit distracted by his female companion. We had to wait for another bus to come and pick us up which made the journey a bit longer.

After leaving our luggage at the hotel we went out to experience Melaka. The hotel, Syaz Meridien, was centrally located so most of the tourist attractions were within walking distance. I found Melaka to be very quaint and picturesque - a touristy seaside town with a strong Portugese and Dutch influence. South Africans will be interested to know that Jan van Riebeeck's wife is buried here. 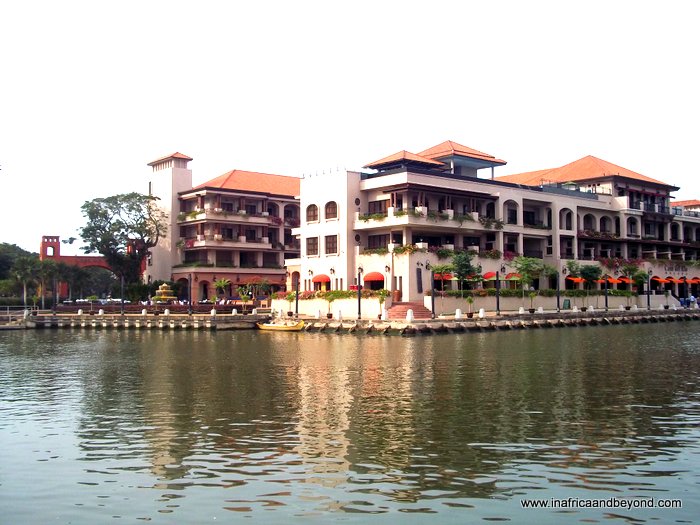 We explored The Maritime Museum which is a replica of the Portuguese ship which sank in the coast of Melaka on its way to Portugal, and admired the views of the river from the ship. The museum exhibits include sunken treasures recovered from shipwrecks. We had to pass on the river cruise due to time constraints.

We then walked to The Stadthuys which used to be the administrative centre of the various governements and is now a history museum. It was built between 1641 and 1660 on the ruins of a fort which belongs to the Portuguese and is believed to be the oldest Dutch building in the East. 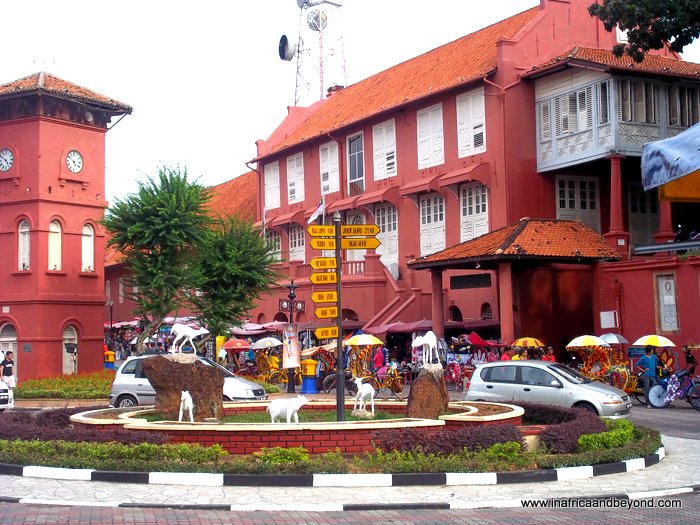 The area around The Stadthuys was a hive of activity. Stalls selling souvenirs and refreshments lined one street. On the other street, colourful flower-adorned trishaws lined the tourist areas, blasting “Uppa Gangnam Style” from the little - but loud - boomboxes at the back of their modified vehicles. They vied with each other to take tourists on mini-sightseeing tours. After a few drivers tried to solicit our business we agreed to go for a ride on one – without a boombox. As they were two-seaters and we were four, our driver asked his uncle to take two of us and we rode in tandem.

It was a nice way to see the town except that we didn’t really know what we were seeing and had to refer to our tourist brochures as our poor old driver didn’t speak much English. He tried to point out places of interest on the way with the few English words he knew but I understood none of what he said. His nephew, who was ahead of us, with my husband and daughter, spoke much more English and my husband had to give me a run-down every time we stopped at an attraction. Our driver gave up trying to exert his limited English vocabulary and decided to sing in Malay instead, which wasn’t a bad thing.

After our ride, we went to a local restaurant and had fun sampling the local delicacies  like ayam murtabak (freshly-made roti with chicken and egg filling ), Milo roti (my son loved this) and fried chicken. We washed this down with coconut juice, green tea juice and grass jelly juice. 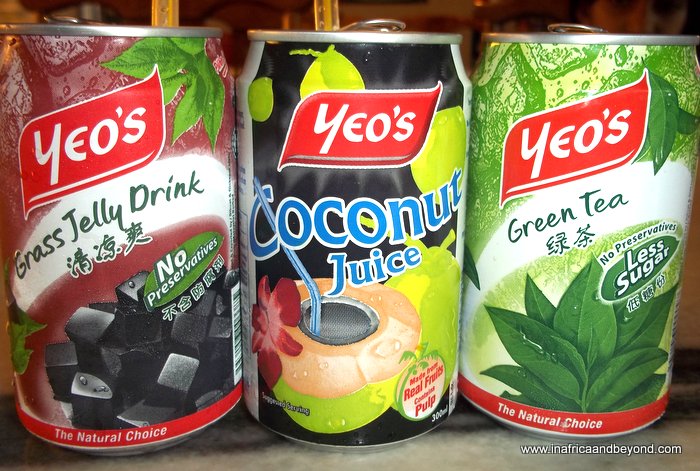 If you have more time in Melaka , you can visit Pulau Besar , a haunted island.

This is the last post in my series on Malaysia.