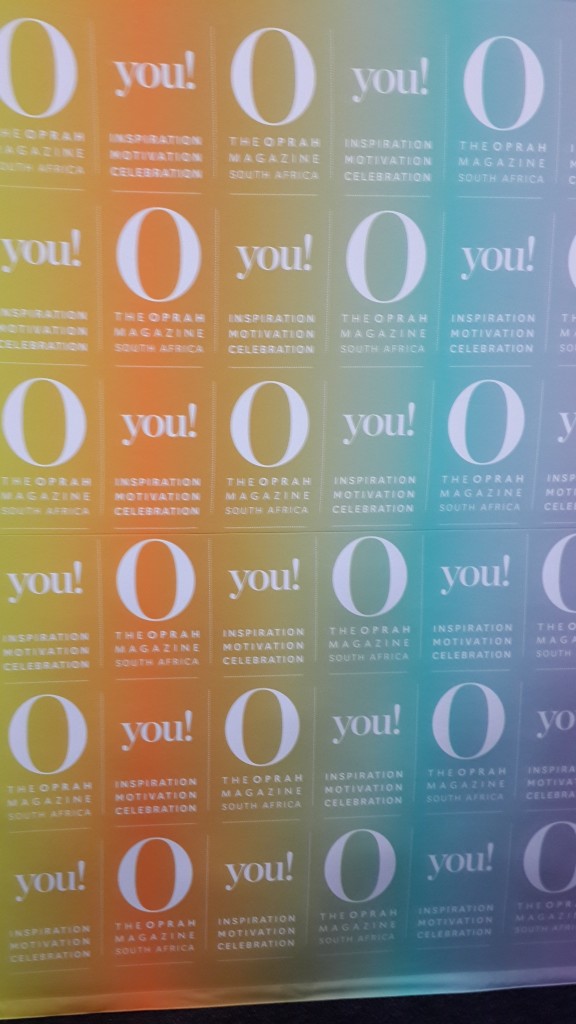 From the power packed presentations to the enthusiastic audience, from the many celebrities present to the biggest celebrity, Oprah herself, the O You! event was an O Wow! event. I knew that I wanted to attend it from the moment I first saw it advertised and when I received two free tickets from O, The Oprah Magazine SA, I was only too happy. Armed with a good friend and lots of anticipation, I made my way to the Gallagher Convention Centre and Oprah’s first ever South African O You event. 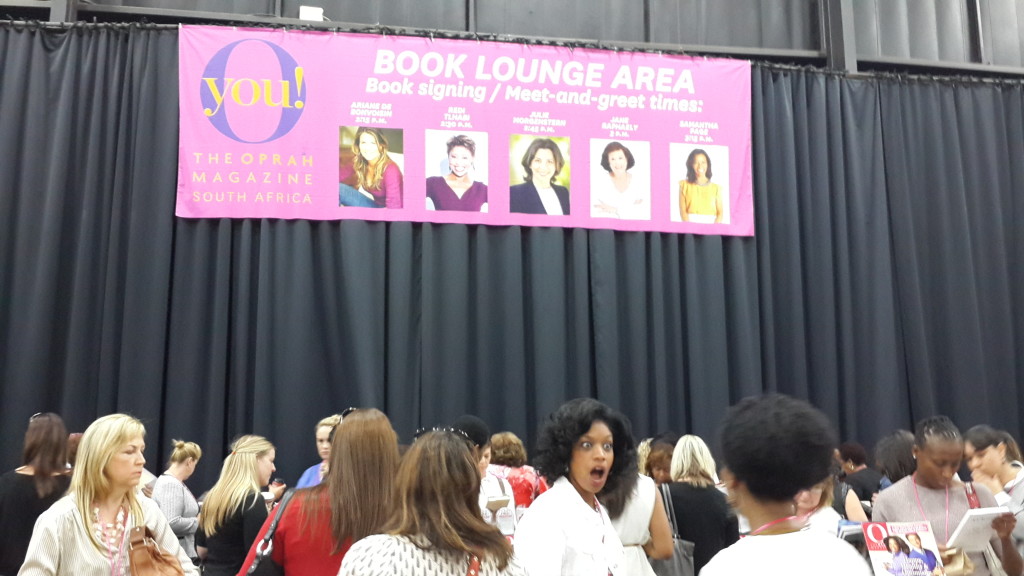 Considering that there were thousands of people at the event –mostly women, but a few men too - it was very well-organised. As we entered, we were given inspirational journals, then breakfast packs consisting of a muffin and a crunchy oat bar. We walked into the O You! zone where event sponsors were represented by stalls. Douwe Egberts had complimentary coffee stations set up where you could choose your coffee variety and Five Roses Tea had a tea station where you could choose your tea variety. Mangwanani Spa was giving complimentary foot massages and mini manicures and neck massages were being offered at the TLC station. Unfortunately the queues for these were way too long so I didn’t get to try them out. Other stalls included Rado, Poetry, Environ and Le Creuset. Oprah event souvenirs were also on sale. 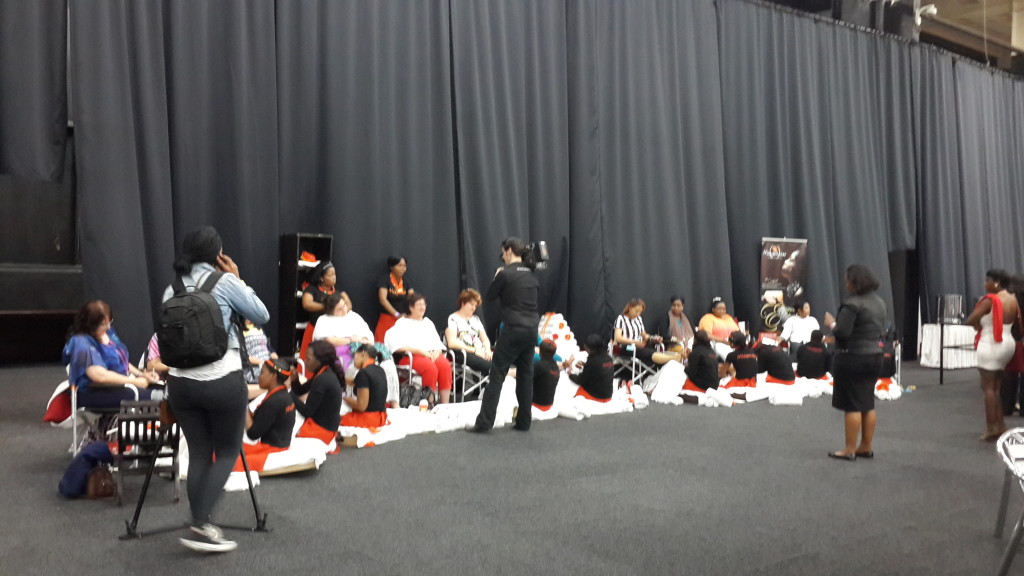 The workshop began at 10 am after an introduction by Samantha Page, O, The Oprah Magazine SA’s editor. She announced the launch of The O Club, of which attendees received free membership (Yay!). The launch of Oprah’s OWN TV channel in South Africa was also announced. Thereafter, there were inspirational presentations by author, entrepreneur and change expert , Ariane de Bonvoisin, broadcast journalist and presenter Redi Tlhabi and professional organiser and bestselling author Julie Morgenstern. Ariane had just had a baby a month ago and Redi’s baby was just 6 days old. I couldn’t believe how good both looked considering that they were brand new mums. All the presenters shared moving personal anecdotes, inspiration and pearls of wisdom. They often had us in stitches of laughter. Then it was time for Oprah. Of course, she received a standing ovation and it took a while for the crowd to calm down. 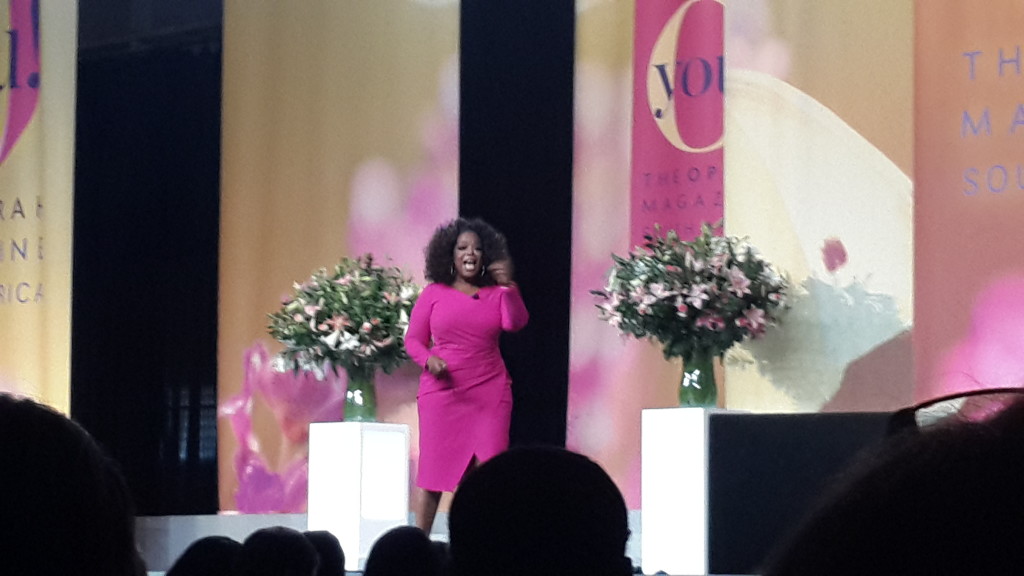 Some of the pearls of wisdom we received:
“Listen to your whispers.” Oprah
“From any change, something good will come”, Ariane de Bonvoisin.
“How can someone else love you if u don't love yourself”. Redi Tlhabi
"Be responsible for the energy you bring into the world." Oprah
“Guilt about things you didn't do can make you forget about the things you did do!” Julie Morgenstern 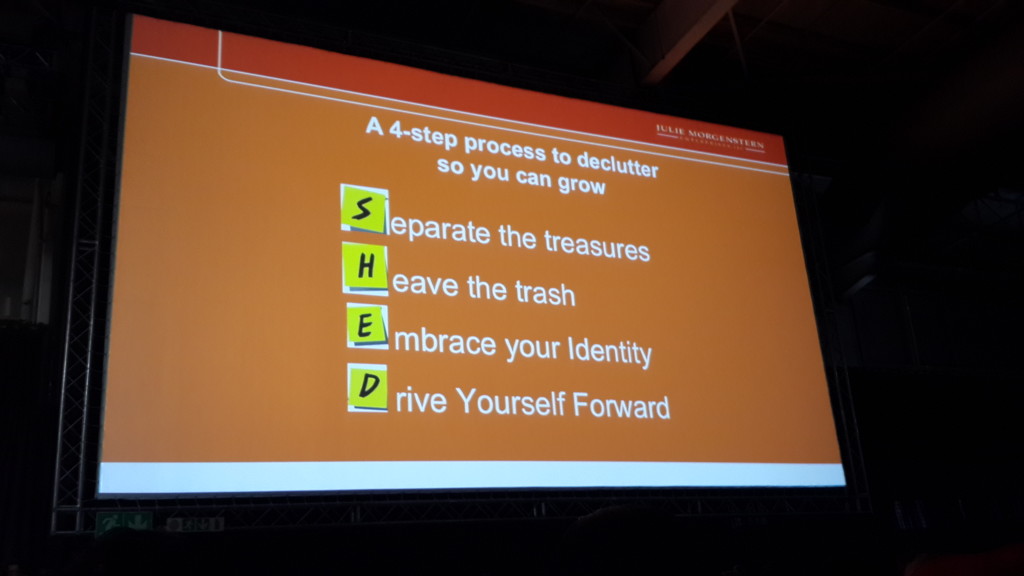 One of the inspirational slides

After the presentations, we were given a lunch pack. More time was spent mingling in the O You! zone and then we could settle down and listen to pop-speakers for the rest of the afternoon. Five Roses presented each attended with a fresh rose on departure. 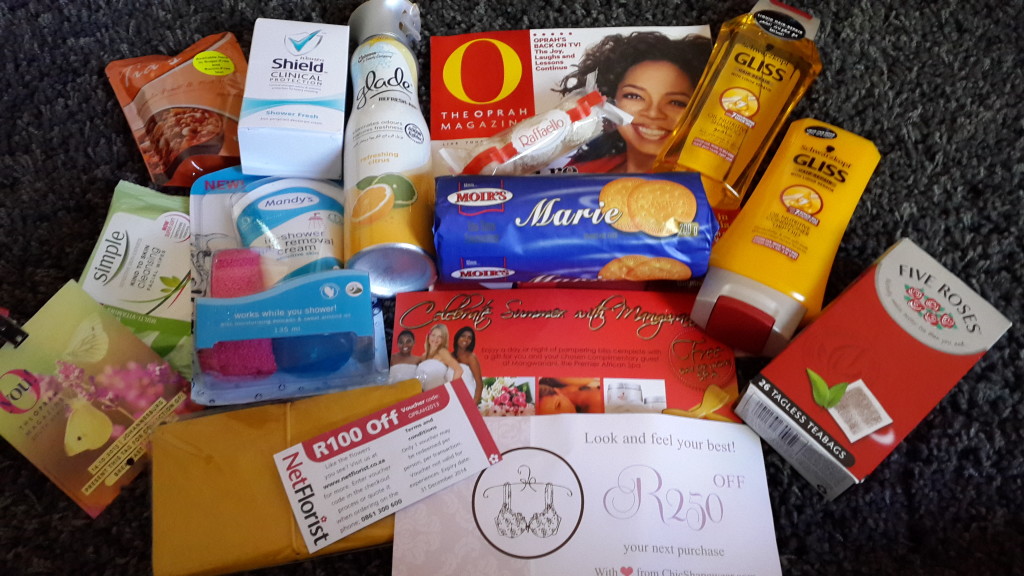 One thing I know for sure, it’s an event that people will be talking about for a long time to come. My only disappointments? 1. I didn’t get a photo with Oprah (but neither did most other people) and 2. I didn’t find any car keys or tickets to Australia under my seat.