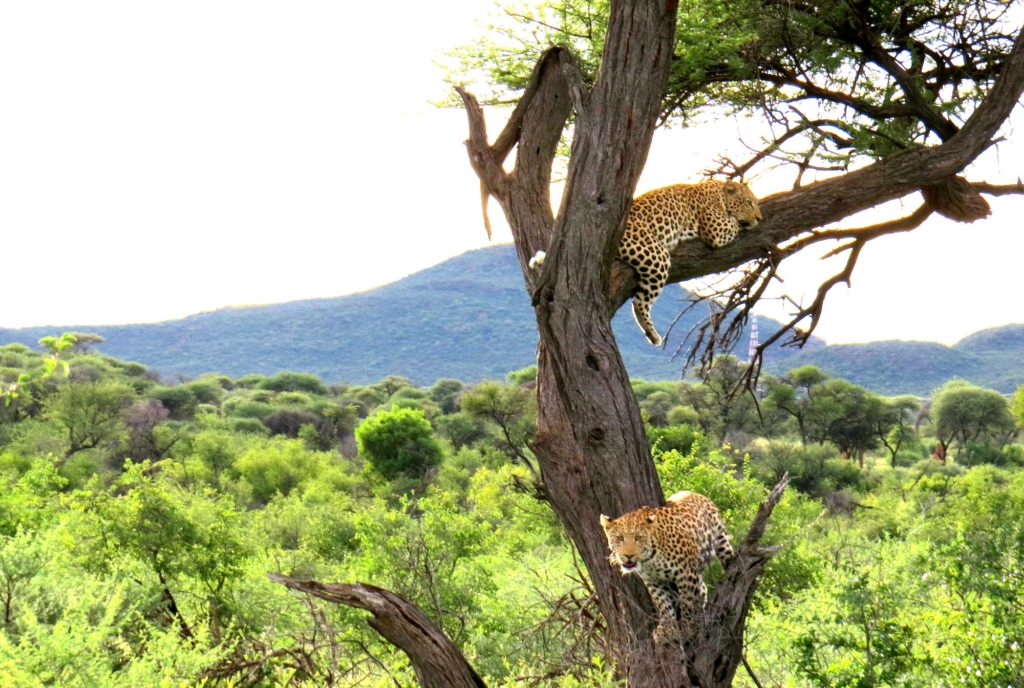 Why does man destroy that which he does not understand? When we destroy in ignorance, we reap the unexpected . . . It is only through education, that the men, women and children of Africa will come to understand that we must learn to live within our wilderness and not without." Author Unknown 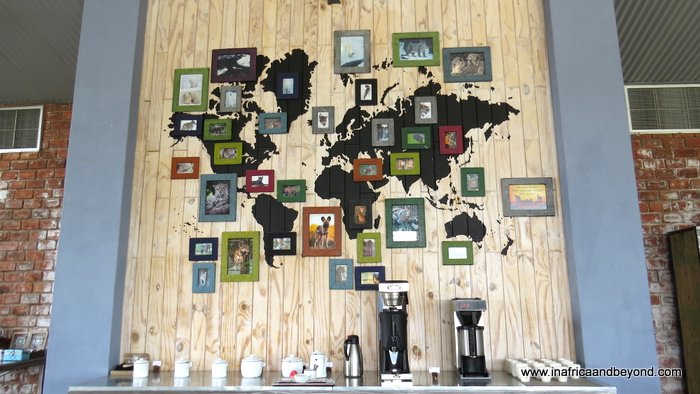 Photos of endangered wildlife in the main lodge

The award-winning Okonjima Nature Reserve is one of the most renowned private nature reserves in Namibia. There is an interesting story behind it. The Hanssen family, owners of the reserve, had been avid cattle farmers for generations. Like other farmers around the country, they were concerned about their frequent loss of livestock to carnivores. These carnivores, in turn, were being persecuted by the farmers. The need to reduce livestock losses as well as to mitigate farmer-predator conflict, and educate farmers about wildlife conservation, led to the establishment of the non-profit AfriCat Foundation in 1993. 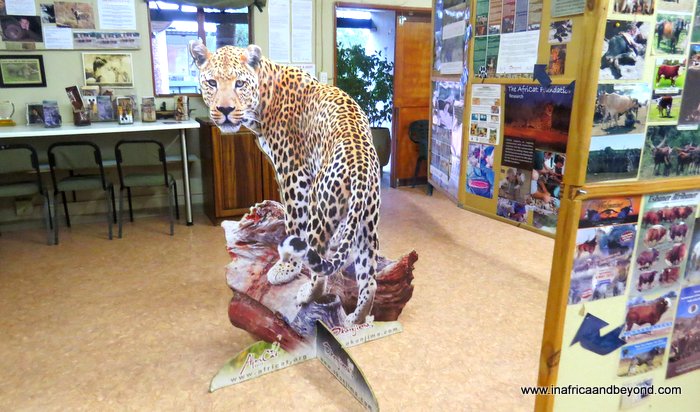 The foundation began as a sanctuary for cheetahs and leopards rescued from angry livestock farmers. It has rescued over 1,100 lions, leopards, cheetahs and other carnivores since then. Most of these have been returned to the wild. Others cannot be released immediately as they are injured, or young orphans who don’t have the skills to survive on their own. Today, Okonjima Nature Reserve spans 22 000 hectares of rolling hills and grassy plains, encompassing four lodges, fours campsites, the AfriCat Visitor Centre, a school for staff children, and education, training and research facilities. The AfriCat Foundation’s activities are funded by Okonjima , as well as through donations and visitors. 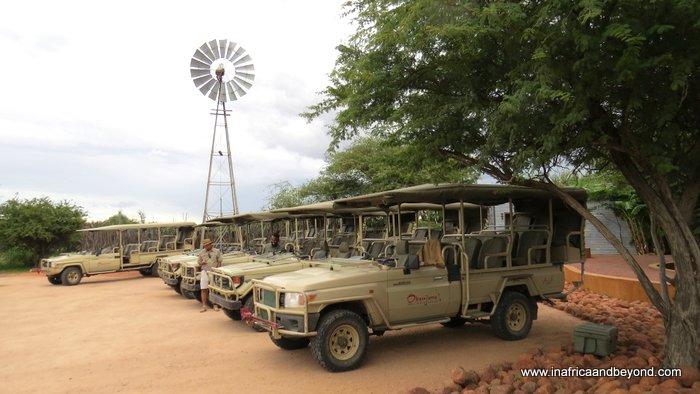 Game Vehicles all set to go

Okonjima Nature Reserve is nestled amid the Omboroko Mountains, near the malaria-free Waterberg Plateau, half way between Windhoek and Etosha. It’s prime location was how its tourist element began, as an overnight stop for travellers. The name Okonjima means Place of the Baboon, in the Herero language. The reserve, however, is better known for its predators than its baboons. 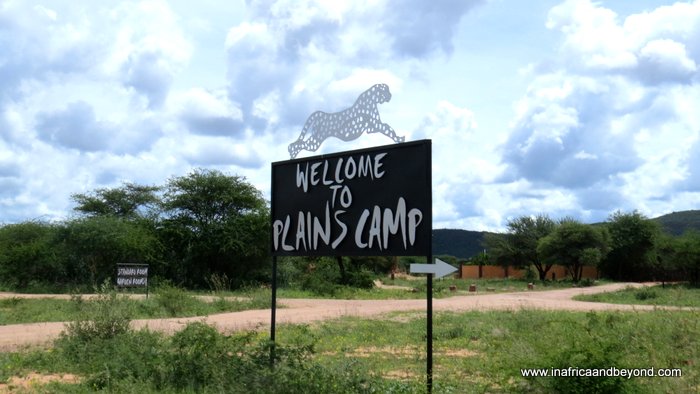 We stayed at Plains Camp. The massive main building houses the reception area, open plan lounge and dining areas, and curio shops. A farm theme runs through the lodge as a tribute to its heritage. 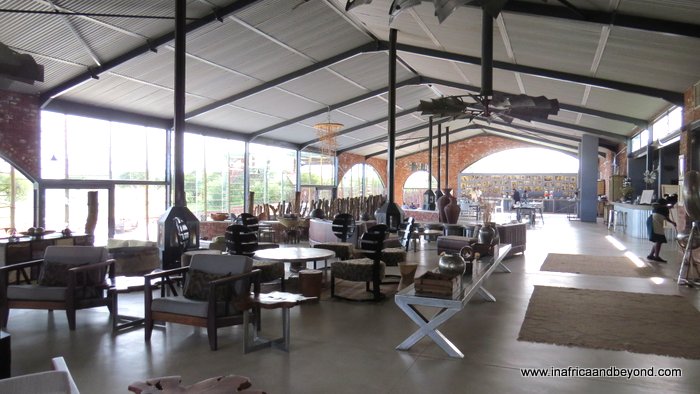 Floor to ceiling glass windows and doors open on to a verandah and outdoor lounge which overlook the expansive plains and the waterhole. Antelopes and warthogs roam there all the time and it was the perfect place to enjoy the spectacular sunset. 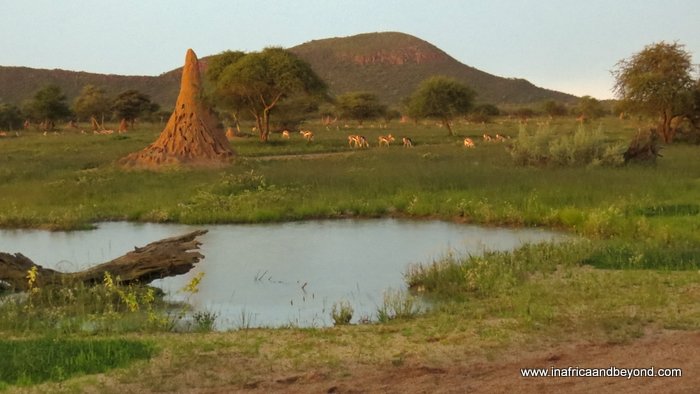 The waterhole at sunset

The Plains Camp View rooms, where we slept, were spaced far apart to ensure complete privacy. The bedrooms and their verandahs also overlooked the plains. Children of all ages are welcome at Okonjima Plains Camp, although younger ones may not be able to participate in some activities. Our room consisted of two double beds, a writing desk, and a spacious bathroom. The highlight for me though, was the amazing view of the surrounding vistas from the bed. 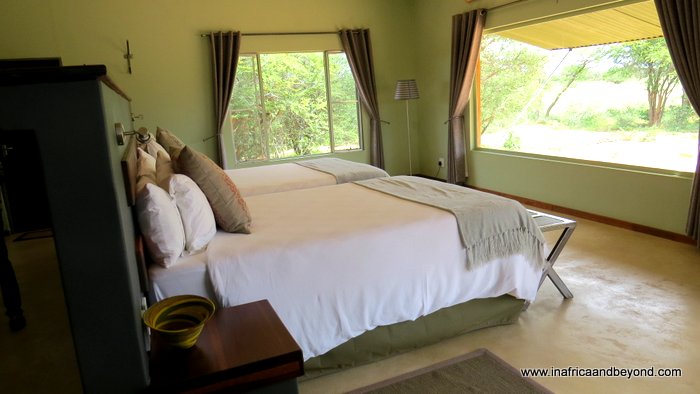 David, one of the friendly lodge managers, took us on a site tour of some of the other camps. There are different types of lodges to suit different budgets. Except for the Bush Villa, the others are located within the fenced inner core of the reserve (known as the safe area), which keeps the large carnivores out. 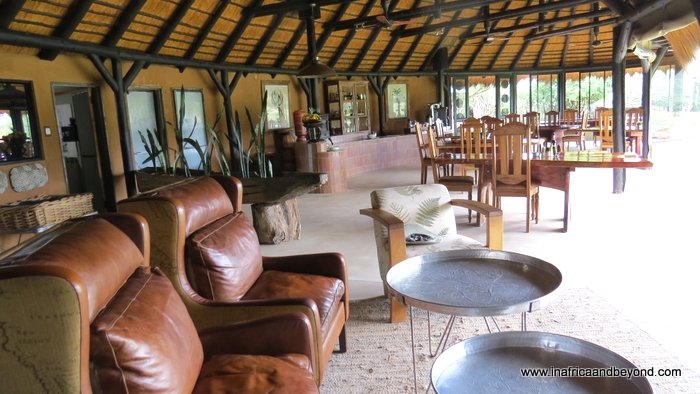 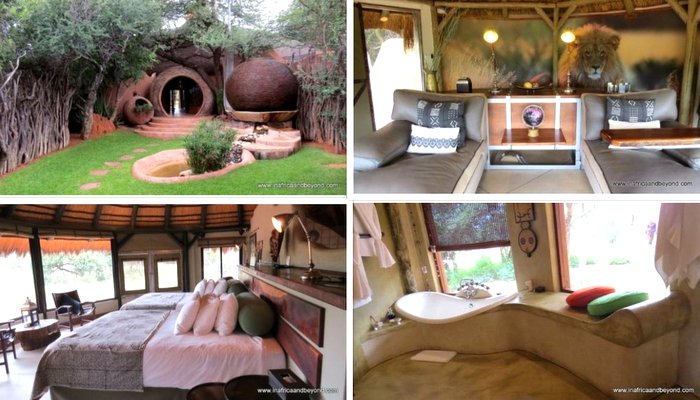 The Grand African Villa is situated within the main reserve which is enclosed by another fence. It overlooks a natural waterhole. Both the villa and the bush suite have their own private kitchens and swimming pools, and come with a private chef, guide and safari vehicle. The villas has hosted celebrities including Brad Pitt and Angelina Jolie, Wesley Snipes and his family, Frankie Fredericks and Joanna Lumley. On the other end of the scale, are four exclusive campsites. 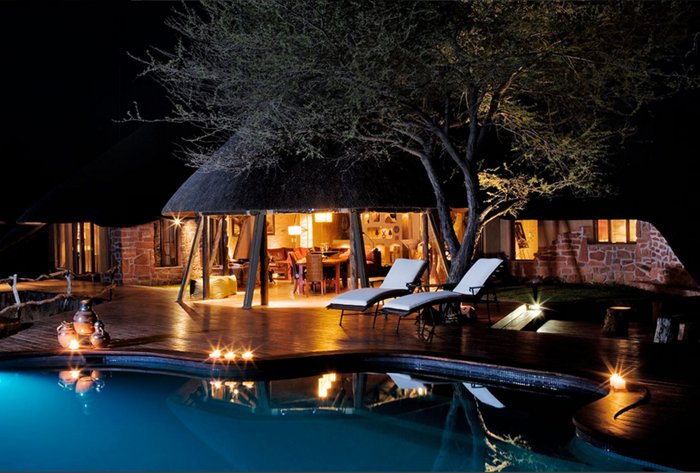 Some of the leopards are radio-collared and tracked using aerials. This increases the chance of seeing leopards in the reserve to 50%, much higher than other reserves. We went leopard tracking with our South African guide, Craig. Our first attempt, on the afternoon we arrived, was abandoned due to the onslaught of rain.

We went on to the AfriCat Visitor Centre to learn about the foundation and its amazing work. Craig was passionate in describing the foundation’s activities to us and my kids were riveted. They even went as far as to say that it was more interesting than a game drive would have been! Then we drove through the huge cheetah enclosure where rehabilitated cheetahs are kept before they can be released into the wild. There is no physical contact with the animals, in keeping with responsible and ethical wildlife tourism. 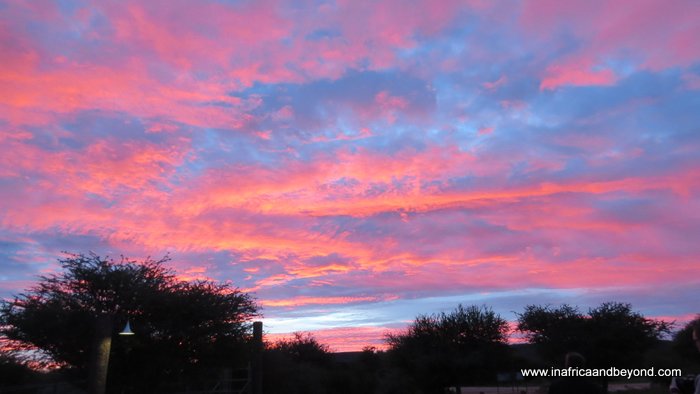 The following morning, we went leopard tracking again, as the rising sun painted the sky with rose and citrus strokes. This time, we were successful in finding a female leopard, Elektra, and her cub. With only two game vehicles at the scene, the leopards did not feel threatened and we were able to sit and observe these beautiful creatures for a long while. We also saw many other animals including gemsboks, springboks, jackals, giraffe, and mongoose. After the activities, we returned to the main lodge where we were served delicious meals. 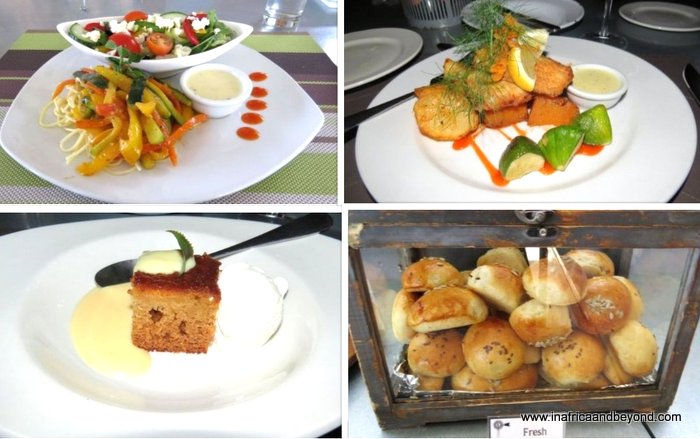 There are other ways to experience Okonjima too. Day visitors are allowed and working holidays can be arranged. School children are often brought here for educational excursions. No matter how you choose to experience it, it is something that must be experienced. Okonjima’s motto is conservation through education and it is heart-warming to know that by visiting the lodge, we are helping Africa’s endangered big cats to survive.

For more information, visit Okonjima and AfriCat. Or book here. 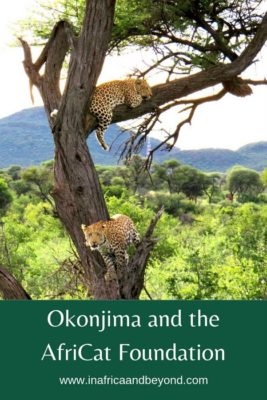