Strolling through the old town of Dubrovnik 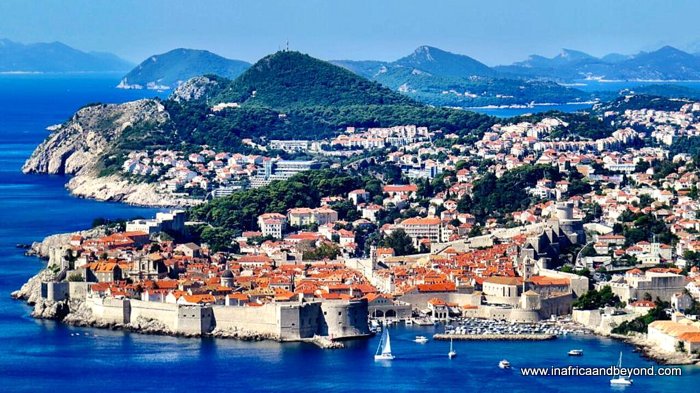 Dubrovnik was the first port of call on our Mediterranean cruise  . I must confess that I didn't know much about it a month before I went there- other than that it was a picturesque city with orange roofs that I'd love to visit someday - and the location of many Game Of Thrones scenes. Hence, my excitement at the opportunity to go there and experience it. I'd love to return some day to spend at least 10 days in Croatia.

Tour buses were waiting for us at the harbour as we’d elected to do the ship’s port excursion. We stopped first for a panoramic view of Dubrovnik’s orange roofs amidst the backdrop of the azure Adriatic waters then proceeded to the old town for a guided tour. 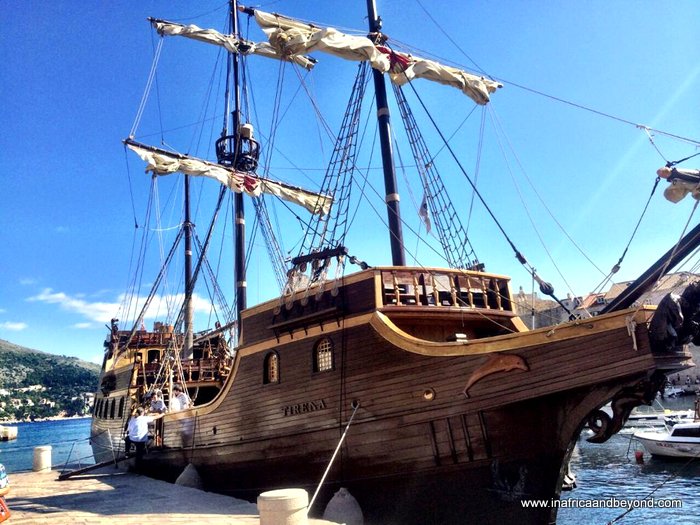 A quaint ship at the harbour

The old town of Dubrovnik

The old town of Dubrovnik was built around the 11th century.  In 1667, it was damaged by an earthquake, then restored, and then damaged again during the war in 1991. It is a UNESCO World Heritage site since 1979 and was therefore restored and preserved as such. 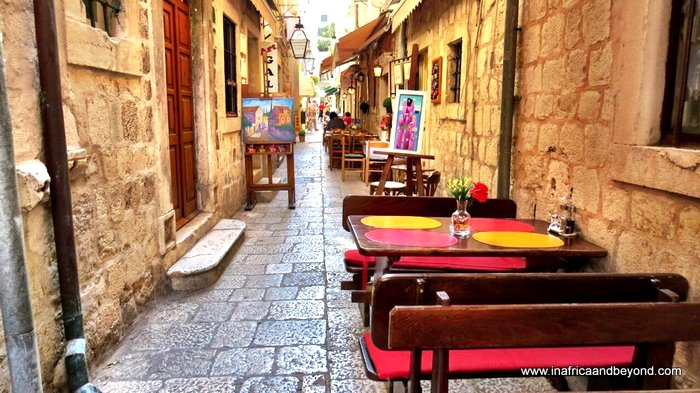 The alleys of the old city of Dubrovnik

Fans of the TV series “Game of Thrones” will recognise it as King’s Landing, the capital of the Seven Kingdoms. We were told that filming was taking place while we were there although we didn’t get to spot it. 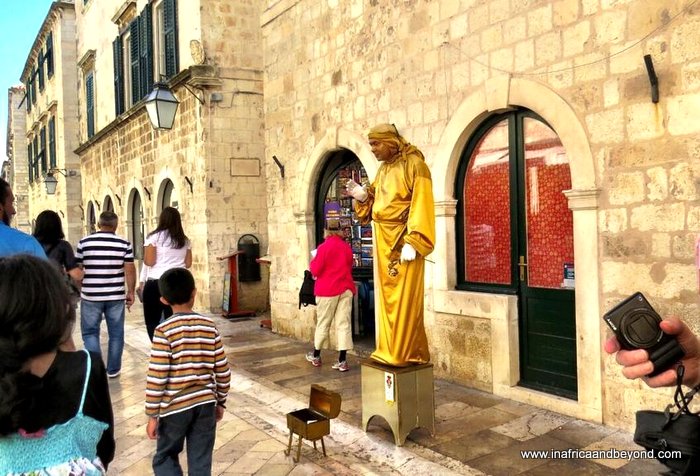 A Mr Bean look-alike attempts to earn some money

We entered through the medieval drawbridge at the Pile Gate and walked through a labyrinth of limestone streets and alleys containing palaces, museums, churches, restaurants and souvenir shops. Two fountains built in the 1400’s provide drinking water from aqueducts and locals peddle their wares at the open-air stalls. The old clock tower at the end of the main street, Stradun, dominates the street. 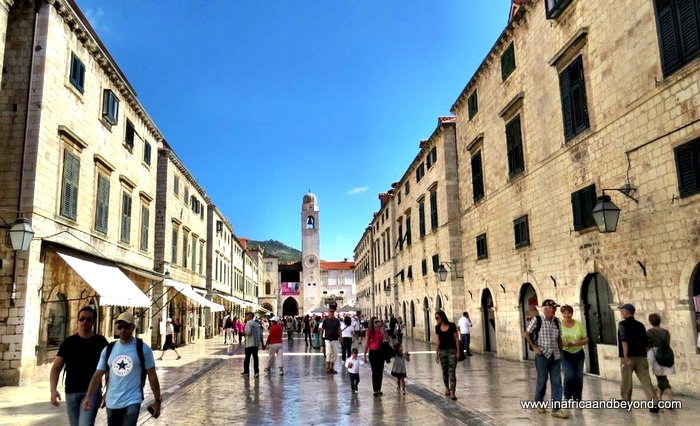 It was like walking in a medieval fantasy with the only detraction being the huge crowds – and a “golden” Mr Bean look-alike attempting to earn money through miming. As we emerged at the other end, a beautiful harbour with modern boats provided a sharp contrast to the old city. 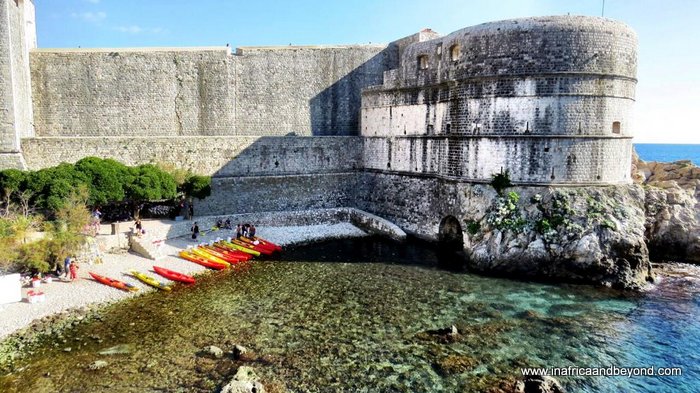 A Roman wall that is almost 2km long surrounds the old city. It is one of the only ancient city walls in the world that one can walk along the full length of, and the views it promises are richly rewarding…or so I’ve heard.  We considered walking on it but the searing midday heat and two whining children, (who couldn’t wait to leave “Du-boring” as they called it - in order to get back to Adventure Ocean on the ship), caused us to decide against it. Ah well, maybe next time. 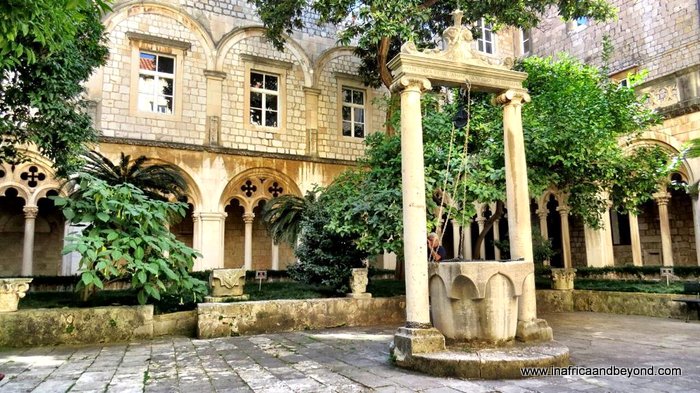 Garden in the Old City

While we waited for our bus to take us back to ship, we spotted Nautika, a restaurant renowned for its superb seafood and views but more impressively, named the 6th sixth most romantic restaurant in the world by Condé Nast Traveller magazine. Unfortunately our short time didn't permit a visit. 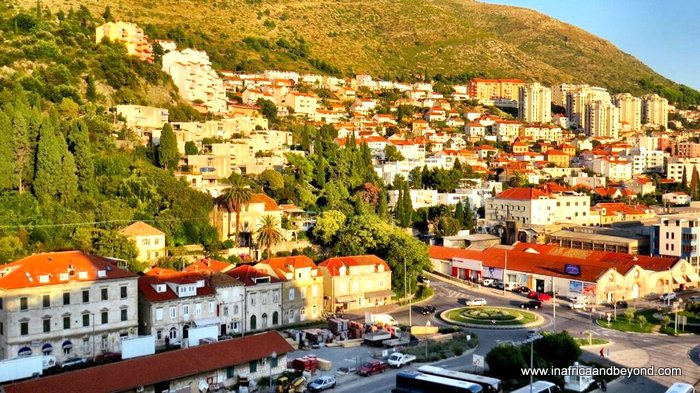 Back on the ship, with the kids happily occupied at Adventure Ocean, I stood on the top deck and watched the setting sun bathe the Pearl of the Adriatic in a golden glow as we set sail. 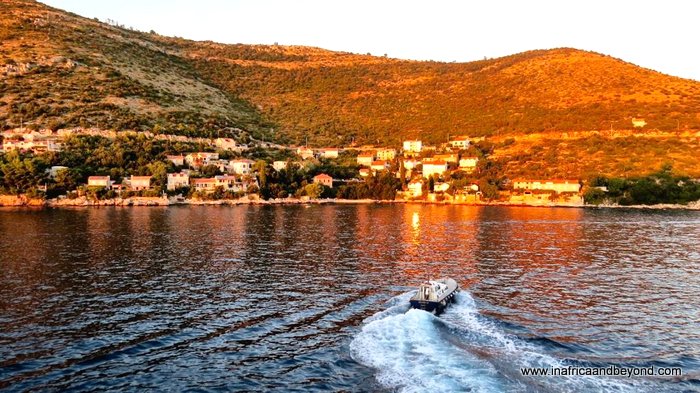 I'd love to return someday and explore more of this beautiful country. Click here to read about Things to do in Vis, Croatia .

Have you been to the old town of Dubrovnik ?

One comment on “Strolling through the old town of Dubrovnik”