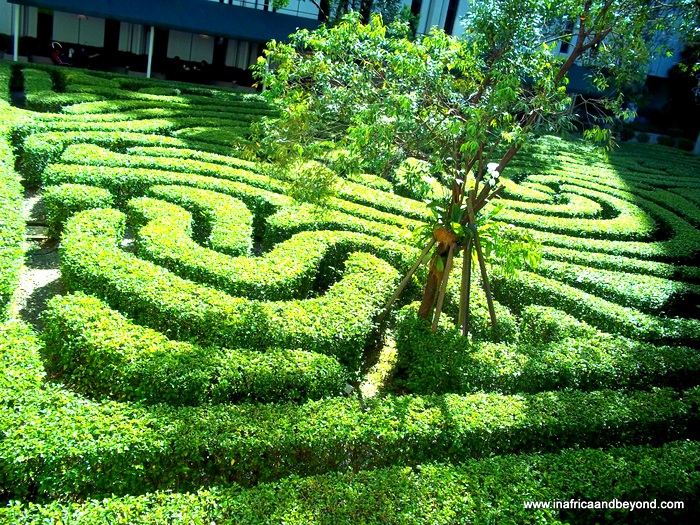 Welcome to the Shangri-La , an oasis of peace and contentment. No, this is not the mythical Shangri-La from the novel, “Lost Horizon” by British author James Hilton, but rather the Shangri La Hotel Kuala Lumpur , an oasis from the sweltering heat and bustle of Malaysia’s capital city. You are treated like royalty from the moment you arrive, which is why it is the hotel of choice for many royal visitors to Kuala Lumpur.

I have a confession to make. I am a hotel junkie…but if you have been following my blog then you would probably know that already. I love being waited on by hotel staff, experiencing different types of hotel environments and rooms, and most of all not having to prepare meals or even my own bed. I adore the little complimentary items and the huge breakfast buffets. I also love assessing everything, from the service to the cleanliness to the facilities…. I was an auditor in a previous life and still do hotel mystery guest visits – under my mystery name of course. Some people feel that hotels are impersonal but I prefer impersonal. Personal can become intrusive. I want service when I require it and the rest of the time I like to be left to my own devices. 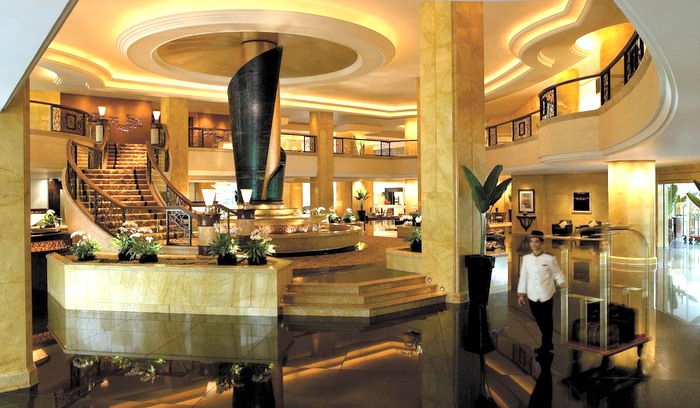 Although I’ve been fortunate enough to stay in many 5-star hotels, one of the best hotels I’ve recently had the privilege of experiencing, was the Shangri La Hotel Kuala Lumpur . It was my first and only time at a Shangri La (thus far) but I’ve become a huge fan of the hotel group. Although this review is part of my series on Malaysia, I was so impressed with the hotel that I felt it deserved a post of its own. 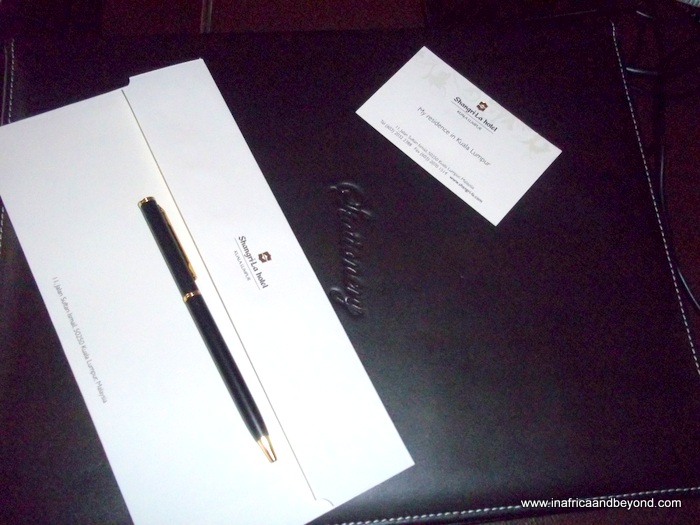 When I mentioned to a long-time Malaysia traveller that I was planning to visit Kuala Lumpur, the main advice she gave me was to stay at the Shangri La Hotel Kuala Lumpur . Although it was more expensive than the other hotels we stayed in, I decided to splurge and book our last 2 nights in Kuala Lumpur and Malaysia there – and thus leave Malaysia with a bang – and what a big bang it was. It is just as well that we did not stay there on our initial arrival in Malaysia as we would have probably not have gotten much sight-seeing done. The hotel was such an incredible retreat that we had no desire to venture out.

Doormen in regal uniforms welcomed us as they opened our car doors and took care of our luggage, and smiling hostesses in beautiful Oriental outfits greeted us as we entered the hotel’s magnificent lobby and reception area. The extremely professional receptionists processed our check-in with the utmost efficiency and we were directed to the golden lifts which took us to our room. It was hard to act blasé when we were already so impressed. 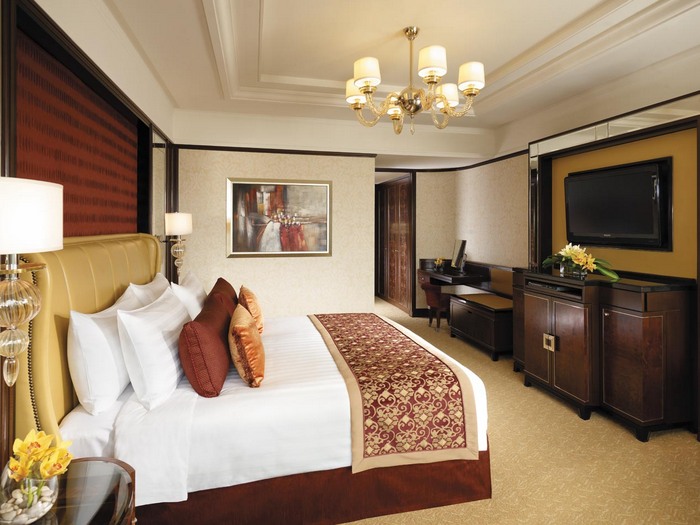 There are numerous award winning restaurants and boutique shops in the hotel. It also has a spa, a huge fitness centre, and tennis courts. But the real treat for me was discovering my Horizon Club Executive mahogany and crimson room. It wasn’t the size - which was moderate- as we had a bed for two kids fitted in. It wasn’t the view from the huge windows although the room was high-up and had a great view of the city. It was the number of pleasant thoughtful surprises I discovered as I started exploring the many discreet drawers. There was a Nespresso machine, a writing desk with a comprehensive stationery kit as well as iPod and MP3 cables, and two slabs of gourmet chocolate, inter alia. 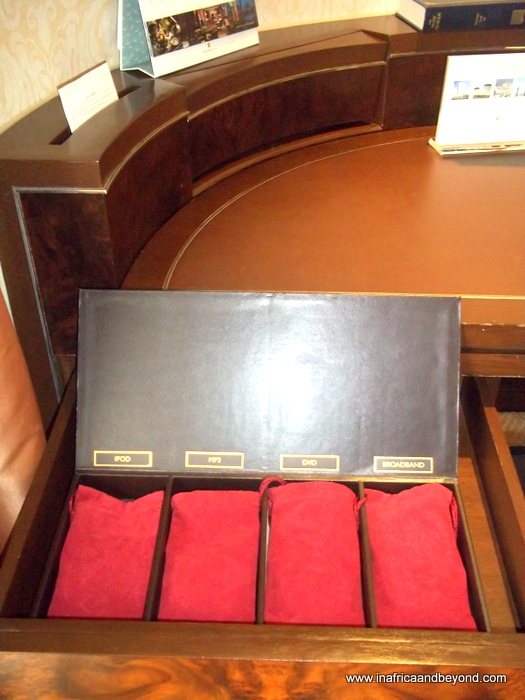 I had joined Shangri-La’s Golden Circle loyalty club when I made the booking and we therefore also received a plate of luscious tropical fruit. The marble bathroom had heavenly toiletries and bath salts. Bedtime reading consisted of the very appropriate book “The Lost Horizon”. 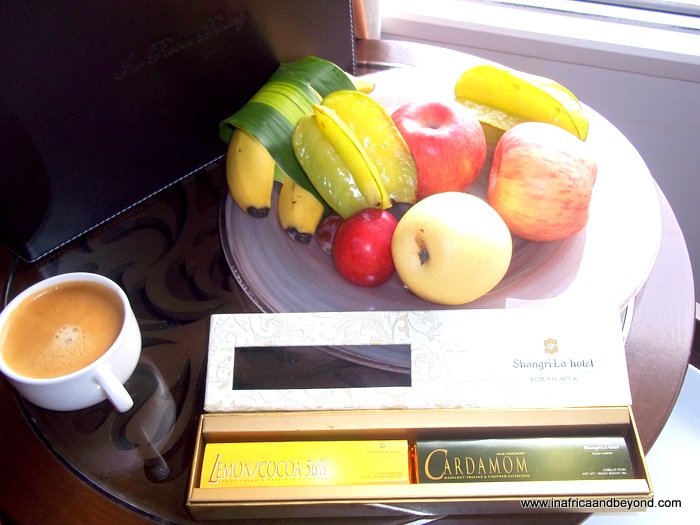 Fresh fruit and other goodies

The breakfast spread was mind-boggling with a choice of Malay and international cuisine, themed by country. You could have sushi, dosas and dim sum, all for breakfast. My children were most impressed with the huge multiple chocolate fountains. It was easily the best and biggest breakfast buffet I had ever seen. According to my calculations, a person with a moderate appetite would have to stay there at least a week in order to try everything out. The only unfortunate bit here was the wastage, with people over-estimating how much they could eat. 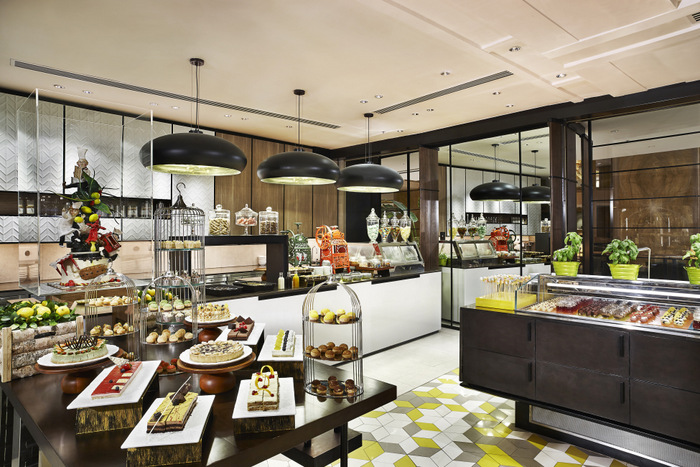 The hotel is centrally located in the heart of the city although once you’re inside you feel as though you’re miles away. It has a beautiful landscaped garden where the kids had great fun. There is a free shuttle service to and from major shopping centres. When we did venture out, we took a short evening walk to the Suria KLCC which houses the Petronas Towers. There, I saw the most beautiful musical fountains I’ve ever seen, perfectly choreographed to the tune of “My heart will go on” from the movie Titanic. One thing is certain, this Shangri La is far from mythical. It’s as real as it gets.

For the best rates, book your stay here.

Click here for more things to do in Kuala Lumpur.