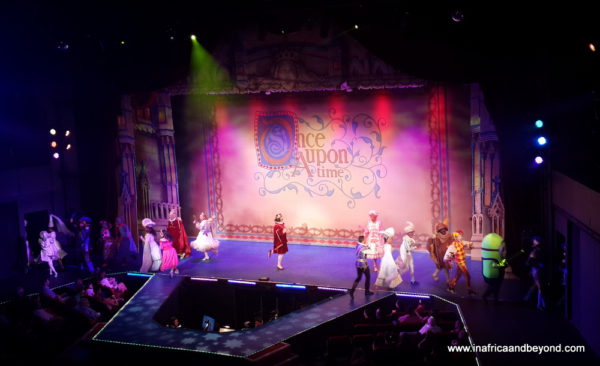 Once upon a time, a beautiful princess was cursed by an evil fairy.  She pricked her finger on a spindle and fell off to sleep for a hundred years until a charming prince came and woke her up from her deep slumber… 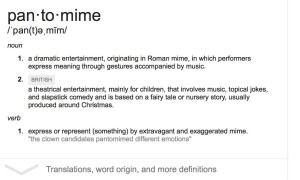 From the time I first saw the Janice Honeyman pantomime billboards appearing on the highways at this time of the year, I’d wanted to attend one. They always looked like so much fun. But work, exams, and life always got in the way … until yesterday.

A few weeks ago, I received an invitation to a preview performance of the new Sleeping Beauty Pantomime from Jodene Shaer. I immediately accepted - and told my 11-year old daughter about it -  and together we counted down the days until the show. 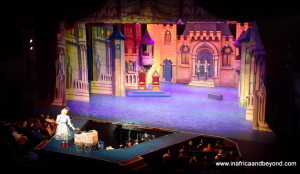 The day finally arrived and we made our way to the Joburg Theatre. The show began and for the next two hours we were spellbound, entertained and enthralled. Although Sleeping Beauty is an evergreen fairytale which you may have heard umpteen times before, you can be assured that it will still surprise you. The magical Janice Honeyman touch has been added to it and if you don’t know – that means that it has been uniquely modernised and South-Africanised with a good dose of witty and funny lines and jokes added to it, even some in Afrikaans. Local is lekker.

The script was hilarious treating us to a laugh a minute. There were jokes about current issues, corny jokes for the children and jokes that will go above the heads of the innocents but will make the adults roll with laughter. 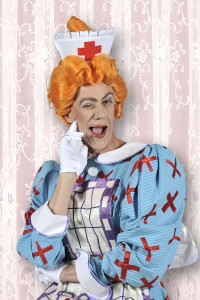 There was clever use of lighting, beautiful sets, striking costumes, and special effects. The cast was energetic from the over-the-top Dame Nora Nursey,(played by veteran actor Tobie Cronjé), the Funky Fairy Floradora Daisy, the Wicked Fairy Kakkamela Khakibos who makes grand appearances on her scary dragon and of course, Princess Aurora-Adora and Prince Harry Hunkador.

This show is definitely not for children only and the standing ovation it received from the audience consisting mainly of media members proves how well it was received. After the show there was an after-party where we were spoilt with Lindor chocolates, marshmallows, and drinks. 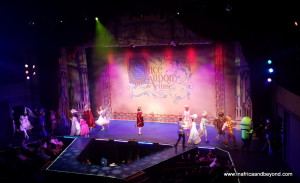 Don’t miss this amazing show. It is definitely going to be one of Joburg’s must-dos this holiday season.

Over 30,000 tickets have already been sold, with tickets for regular performances from November 13th to December 30th from R215.  Special group discounts and hospitality packages are available. To book, visit www.joburgtheatre.com or call 0861 670 670.