6 Best Things To Do in Waco, Texas 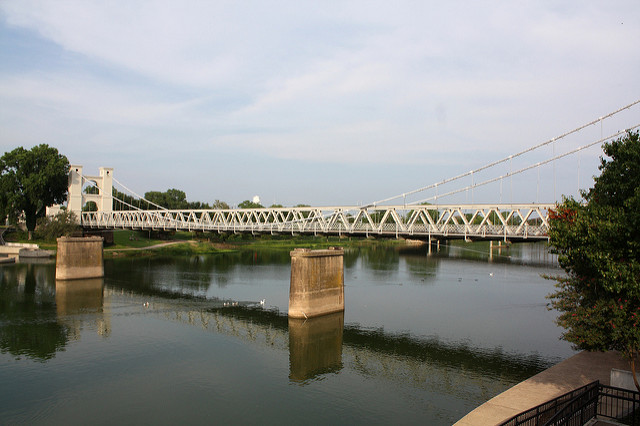 The Best Things To Do in Waco, Texas

Waco is a city in Central Texas that's situated along the Brazos River, halfway between Dallas and Austin.  Located in McLennan County, it is considered to be a part of the "Heart of Texas" region and has a population of over 100,000 people.

Waco has a long history. The city was founded in 1849 and was named after the Indian tribe that arrived in Central Texas in the 1700s and originally resided in the area. They were called Hueco, or Waco Indians and were a band of the Wichita tribe. Waco was an important stop on the Chisholm Trail and was also home to a number of famous people, including Sam Houston and Davy Crockett.

Although it is not as well-known as Dallas (thanks to the soap opera of the same name), there are several things to do in Waco . There are also many places to stay in Waco, to suit different budgets.

Here are six of the best things to do in Waco, Texas

1. Visit Magnolia Market at the Silos

Magnolia Market at the Silos is a huge shopping complex in downtown Waco. It's home to food trucks, a bakery, a garden store, and a large lawn area. The market is owned by HGTV stars Chip and Joanna Gaines. Thousands of their fans come here every week hoping to catch a glimpse of the stars or purchase items featured on their show. Concerts and celebrations take place here throughout the year, and visitors can take advantage of many Instagram photo opportunities.

2. Walk Down Memory Lane at the Dr Pepper Museum

Dr Pepper is the oldest major soft drink in the U.S., and it was invented in Waco at the Old Corner Drugstore. Built in 1906, the museum is housed in an early bottling plant and shares the history of Dr Pepper and soft drink bottling. It is one of the finest collections of soft drink memorabilia in the world. Take a tour and enjoy a Dr Pepper float from the old-time soda fountain.

The award-winning Cameron Park Zoo is home to more than 1,730 animals from 300 species. Spread out over 52 acres along the Brazos River, it has picturesque waterfalls, a lake, and ponds. It features natural habitats and themed sections such as the Asian Forest and the African Savanna.

4. Cruise Along the Brazos River

Take a guided cruise along the lovely Brazos River, and learn how it affected Waco's history. Your guide will point out landmarks on the river during the trip. You might also see wildlife such as deer, raccoons, and turtles. Sunset cruises are also available.

Located on the banks of the Brazos River which also flows all the way past Houston to the Gulf of Mexico, this is the official historical center of the iconic Texas Rangers. Here, you will learn about the history of the oldest state law enforcement agency in the United States. The museum's 14,000 exhibits date back to 1823 and include items belonging to the notorious outlaws Bonnie and Clyde as well as memorabilia from the television series "Walker, Texas Ranger" and the movie "The Lone Ranger."

6. Enjoy Fun in the Sun at Hawaiian Falls Waco

Hawaiian Falls Waterparks is a Hawaiian-themed recreational park spanning 10 acres. It has loads of fun-filled, water-themed attractions for adults and kids of all ages, including wave pools, water slides, and lazy rivers. It is a must-visit, especially for families.

These are just some of the fun and fascinating things to do in Waco, Texas,  that make it a great holiday destination. 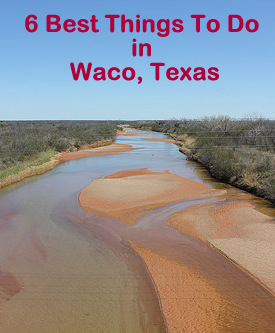