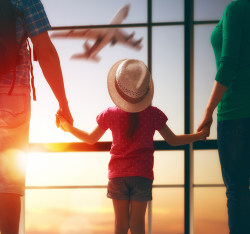 In a move to streamline the process of travelling with minors in or out of South Africa, the Department of Home Affairs has done away with two versions of the birth certificate.

From Tuesday 1 November 2016, newborns in South Africa will now receive a birth certificate - a single document which details both their maternal and paternal birth details.

In a nutshell - it simply remains an unabridged birth certificate - this just means that the word ‘unabridged’ as well as the abridged birth certificate - is being removed. Home Affairs Director-General Mkuseli Apleni confirmed this during a public announcement in Johannesburg on 28 October 2016, stating the “replacement of the name “Unabridged Birth Certificate” with “Birth Certificate.”

South Africans travelling with minors still need a birth certificate detailing both parents details when travelling in or out of the country.

Children born after the 14 March 2013 were automatically provided with a valid unabridged birth certificate which can be used to travel in and out of South Africa. However, minors under the age of 18 born before this date will still need to apply for the document before travelling.

International travellers with children who plan on visiting South Africa from countries who do not automatically provide unabridged birth certificates will have to apply for one well before their departure dates.

With the South African peak travel season around the corner, Andre Van Kets, creator of the South African Child Visa Checklist web-app, urges travellers coming into or departing South Africa with minors, to ensure that they have the necessary documentation in place to avoid any hassles. 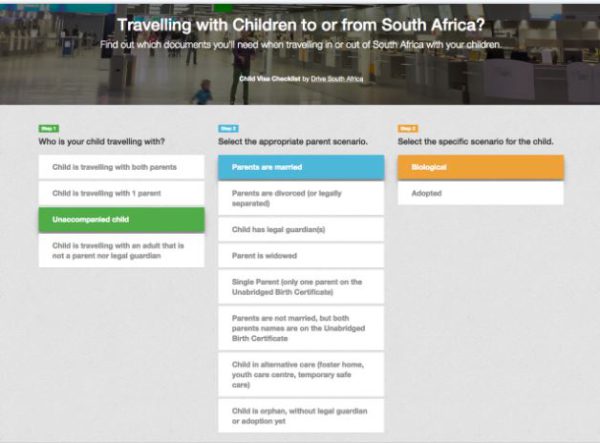 “Nobody wants to start their holiday with a hassle at South Africa’s ports of entry. In fact, in October last year, a Canadian mother was separated from her daughter for two months due to incorrect information from Canadian citizenship and immigration officials in South Africa.”

Travellers who are uncertain about which documents they’ll need can use their mobile phone or computer’s browser to access the South African Child Visa Checklist app. The web-app determines exactly what the user will need by answering three simple questions, before being able to view a checklist of documents specific to their child-travel scenario in three steps.

The app was built in consultation with Johannesburg-based legal firm Schindlers Attorneys. Since it’s inception in June 2015, the South African Child Visa Checklist has been used by over 35,000 people from 129 countries around the globe.

To find out what documents you need when traveling with minors, click here .

To find out how to apply for a passport online, click here.