The Where, When, and How of Whale Watching in Greenland 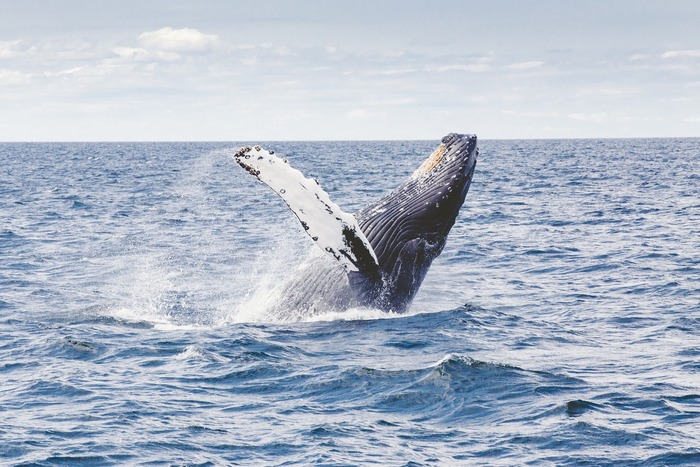 Whale Watching in Greenland : The Where, When, and How

The first thing you’re probably thinking here is: Why go whale watching in Greenland in the first place? Aren’t there a lot of other places around the world where you can go whale watching? Australia, for instance, has whales, and is a lot warmer!

The most obvious reason is that Whale watching in Greenland is actually a really cool experience. Between exploring a part of the world you probably wouldn’t otherwise go to, and seeing sights few others probably ever will, there’s also the Narwhal.  Almost exclusive to the Greenland area, the Narwhal is a sight to behold. With it’s twisted tusk and white and black spotted body, it comes to resemble something of an aquatic Unicorn.

To help you maximize your chances of catching a glimpse of this “un” mythical water beast, here’s a couple of tips on how to go Whale watching in Greenland. Including the where, when, and how.

The Best Places for Whale Watching in Greenland

The Bowhead - Maniitsoq and Disco Bay

Two of the most popular locations for whale watching in Greenland, Maniitsoq and Disco Bay are home to many different species of whale. You’ll find the largest, longest, and heaviest of whales here during the summer: the Bowhead Whale. Coming in at up to 100 tonnes, it’s a true sight to behold; a giant of the sea. Just know that these magnificent marine creatures can live up to 250 years old, so when you spot one, it might just be a great, great, great, great, grandparent!

You’ll also find the Beluga here as well. Much smaller than the Bowland Whale, they more than makeup for this as they usually travel in groups. Expect to see up to 10 Beluga Whales in one group. It’s usually easiest to catch a glimpse of these groups between the two bays, as opposed to actually inside of them.

The Humpback - The West Coast

Easily one of the most famous of Whales, the Humpback isn’t quite as big as the Bowhead, but it’s getting there. Made famous by countless movies and wildlife documentaries, and known for the beautiful sounds it makes when looking for a mate, the Humpback is usually the whale responsible for getting people interested in aquatic wildlife.

Make sure to keep your eye out for their trademark fin flip. As it raises its tail, you’ll be able to spot the different patterns along its underside. 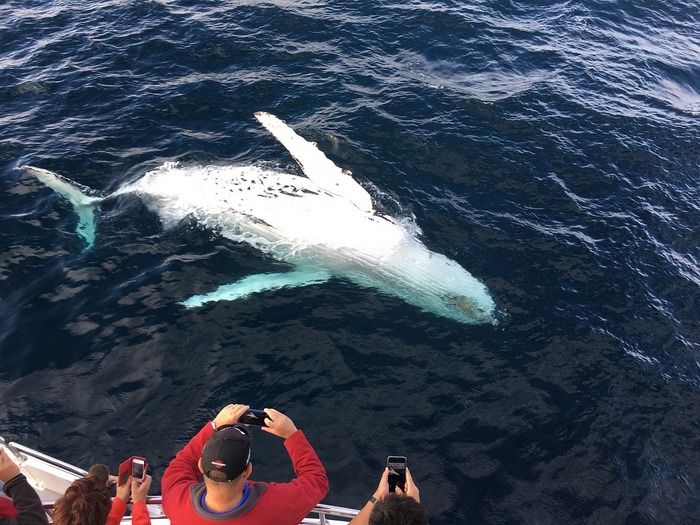 The Humpback can be spotted all along the West Coast, and is probably the most common whale in the area. If you set sail from Nuuk, you might actually be able to see some from the coastline. They’re very friendly and hospitable and a lot of the time (if you have an experienced skipper), you’ll end up getting pretty close to them. So close you’ll be able to smell them, and they don’t smell all that nice.

Melville Bay is home to the marine beauty known as the Narwhal. Coming in at around 1,400 kg, the Narwhal isn’t the largest or heaviest whale by a long shot. However, with its unique horn and white color, if you manage to spot one of these guys in Melville Bay, you’ll know it.

The Best Times for Whale Watching in Greenland

If you prioritize size and weight and are looking to catch a glimpse (or 10) of the Bowhead Whale, then April is the best month of the year to do so. This is before they start their migration to Canadian shores. Other months during summer are also ok, so long as it’s warm enough for the Bowheads to stay comfortable.

May and October are the months for seeing the Narwhal. With the temperature a little colder, they tend to arrive and take over the territory from the Bowhead Whale. Due to their smaller size, they tend to gather around islands and near Fjords. This is also where you’ll generally be able to catch males competing for attention from the females – usually through a tusk-based standoff. 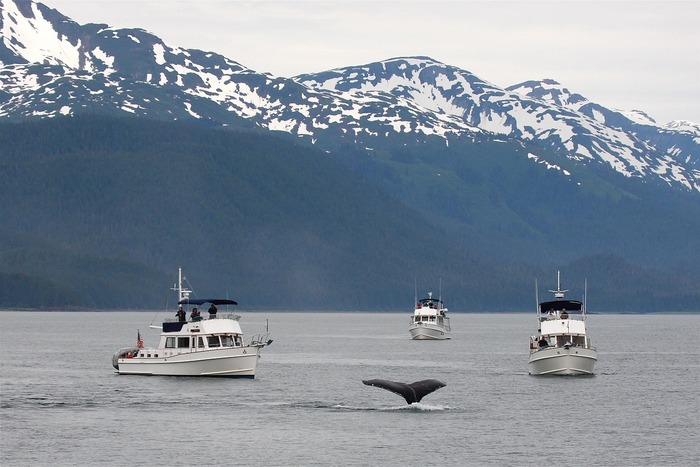 If you want to see both the Bowhead and the Narwhal, it’s best to arrive during the first half of May. By the second half, most of the Bowhead Whales have already left and spotting them is very likely. Any earlier than this though, and the Narwhals won’t have arrived yet.

How to Go Whale Watching in Greenland

If you want to have the best experience possible, then you’re going to need to book a cruise to take you out on the water. You’ve probably heard about Greenland cruises before, and that they’re the perfect opportunity to see the northern lights. Whilst Iceland is usually flaunted as the best place for catching a glimpse of this heavenly phenomena, Greenland is actually better – plus you get to see whales at the same time.

Cruises will usually start at ports along the southern side of Greenland. Nuuk and Kangerlussuaq are two of the most usual departure points for heading north. You will then usually travel up along the West Coast of Greenland and towards Disco Bay. Most cruises come with a guide, who will let you know what to look for and when to look for it. 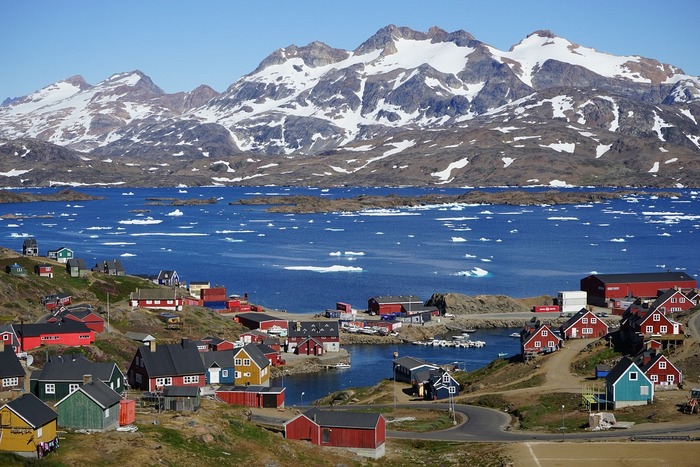 If you’re intent on taking pictures of what you see, make sure to bring along a long telephoto lens. We probably shouldn’t have to say this, but the whales don’t tend to come right up to the ship, so some form of long-distance viewing apparatus is a good choice.

Whale watching can involve patience. Whilst a lot of the cruise tours have a lot of experience when it comes to finding and spotting whales, it can be hit and miss. It’s probably best to dedicate a few days to whale watching if you want to make sure to spot one. Especially if the one you’re looking to see is the Narwhal.

Once you’re out on the water though, and taking in the extraordinary sights, you’ll be glad you made the trip regardless. The north is beautiful for more reasons than just whales.

This is a guest post from Agness and Cez of eTramping.com.

2 comments on “The Where, When, and How of Whale Watching in Greenland”