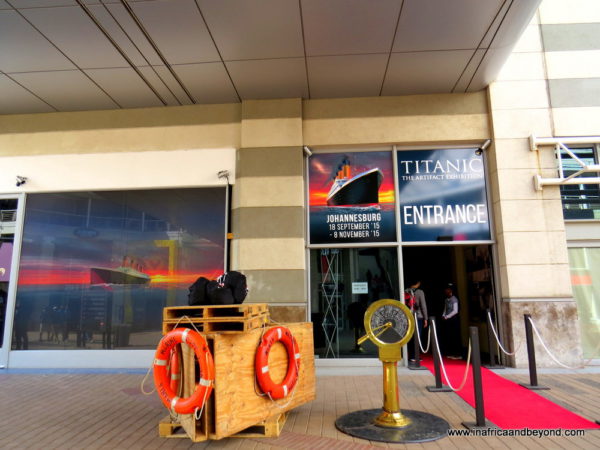 The Titanic has fascinated people from the time the idea of the “unsinkable ship” was conceived. It took three years and 15 000 people to make. More than 100 000 people attended its launch in 1911. On 12 April 1912, it embarked on its maiden voyage, setting sail from Southampton to New York, and sank after hitting an iceberg. For the first time ever, authentic artifacts recovered from the shipwreck of the Titanic are being displayed in South Africa. 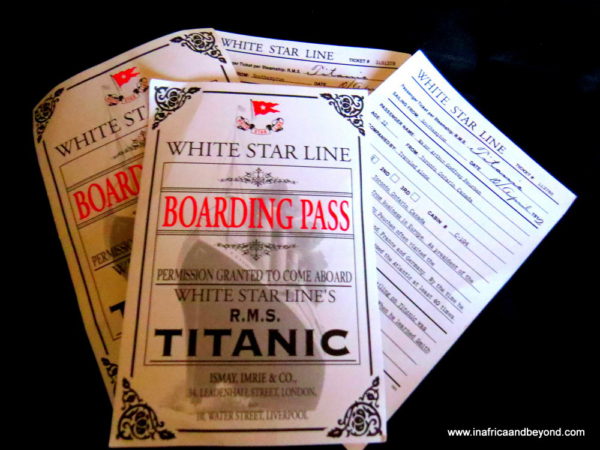 I went along with my family to visit the exhibition today. On arrival we were handed replicas of original boarding passes belonging to actual passengers - by a man who looked like he could have been the captains grandson. The boarding pass contained details of the passenger, including their age, the class they were traveling in and the reason for their journey.  We were to assume their roles for the exhibition. My son was pleased to discover that he was a well-traveled major sailing in 1st class while my daughter was a young lady traveling in 2nd class to get married. My husband and I were both in 3rd class, him, a Norwegian businessman and me, a domestic servant of Finnish origin. At the end of the exhibit, we were meant to check on the Memorial board whether the holders of our boarding passes had survived or not. 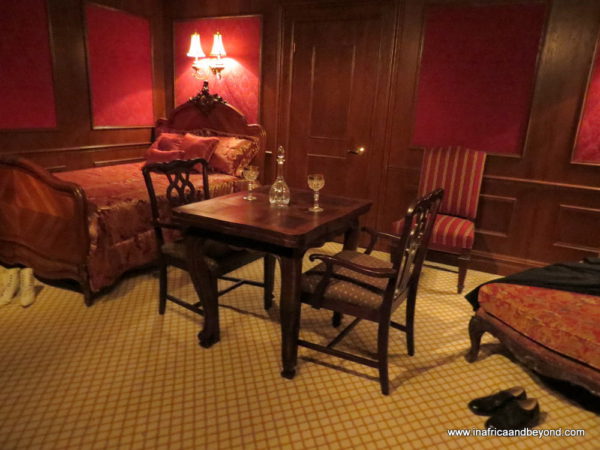 We picked up our audio guides and stepped back in time as we were taken through the events from the time the ship was constructed till the modern day efforts to recover its remains. The exhibition has been designed with a focus on its compelling human stories. We read the touching stories and learnt about the South Africans that were on board. We marveled at the recovered artifacts – real items belonging to real people – and were amazed at the recreated bedrooms. We touched an “iceberg” and saw videos about the scientific efforts surrounding the recovery of the ships remains.

My kids, having been on a cruise ship recently, were just as fascinated as we were. On the way out, a room containing authentic board games as played on the Titanic was set up to keep the adults and older kids further entertained and a Kiddies Activation Zone with a PlayStation Zone, Lego building tables, sand pits and ocean tanks, was set up to keep the younger kids busy. There is also a gift shop where you can buy special Titanic merchandise. 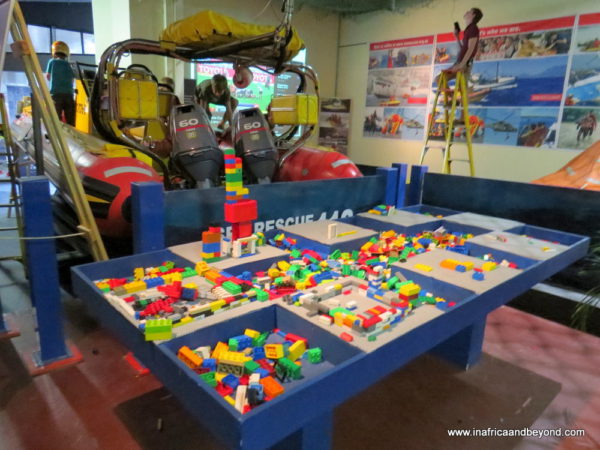 Unfortunately, photos of the actual artifacts were not allowed so I didn't take any.

The exhibition appeals to kids of all ages. I had to drag my kids out of there. Guided tours are available and school excursions are welcomed. There are also innovative dining experiences where 1st and 3rd class dinners based on the original Titanic menus are served, depending on your choice.

The exhibition will be at The Zone in Rosebank from 18 September to 8 November and at the V&A Waterfront in Cape Town from 22 November right up to 14 February 2016.

For more information, go to http://titanicexpo.co.za.

I am giving away a set of double tickets to one lucky reader. To enter, all you need to do is:

The competition ends at midnight, Sunday, 25 October 2015. The winner can visit the exhibition in Rosebank or Cape Town with a partner. Transport not included.

This giveaway is now closed. The winner is Chelsea Da Gama.

I am giving away a set of double tickets to Titanic – The Artifact Exhibition. Read on to find out how to win.

11 comments on “Win tickets to Titanic – The Artefact Exhibition”