13 Best Things to do in Nairobi 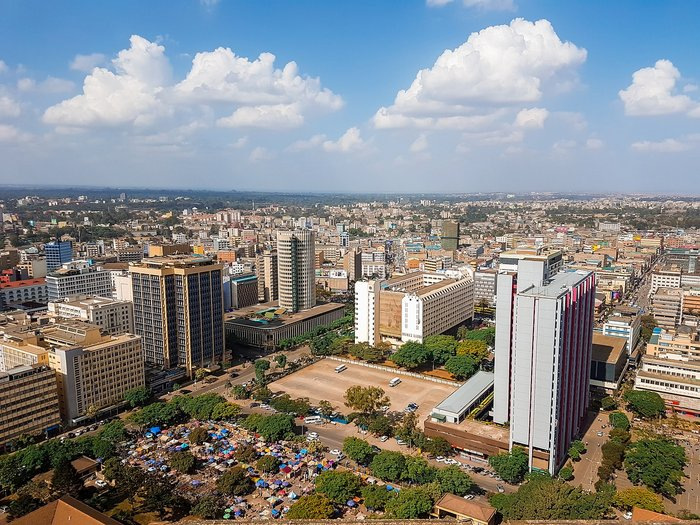 Nairobi, the country’s bustling capital city, will most likely be your portal to Kenya. These days, it is often overlooked by tourists in favour of Nairobi’s more beautiful attractions and is used as a mere stepping stone to them. However, it was once the capital of British East Africa, rich in colonial history. 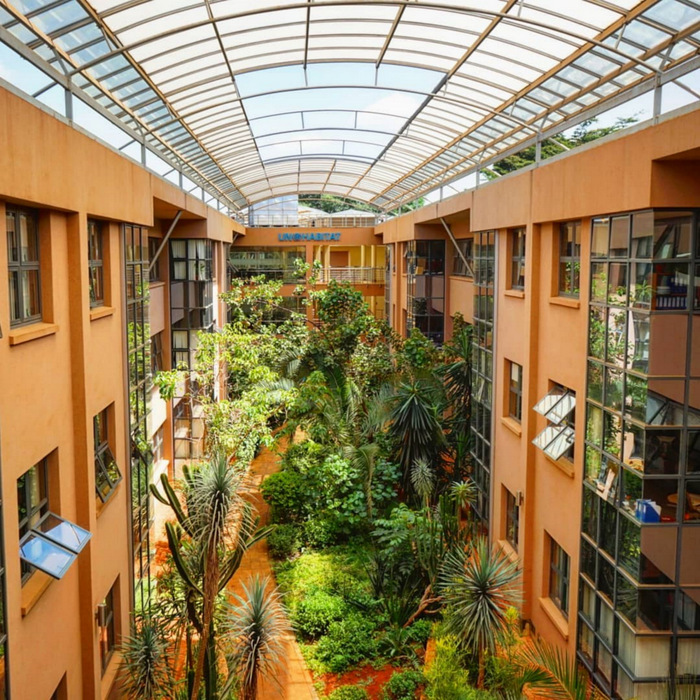 There are only four United Nations headquarters in the world where one can tour the premises. The Nairobi hub is one of them, while the others are in New York, Vienna and Geneva. You will be able to learn about the work of the United Nations, walk through the corridor of flags, see the green building and perhaps spot some African dignitaries too.

Elephant calves orphaned by poaching are brought here from around the country. They receive specialized treatment and personal care, 24 hours a day. The highly dedicated staff become surrogate mothers to the calves. Eventually the elephants are moved to Tsavo National Park and reintroduced into wild elephant herds. 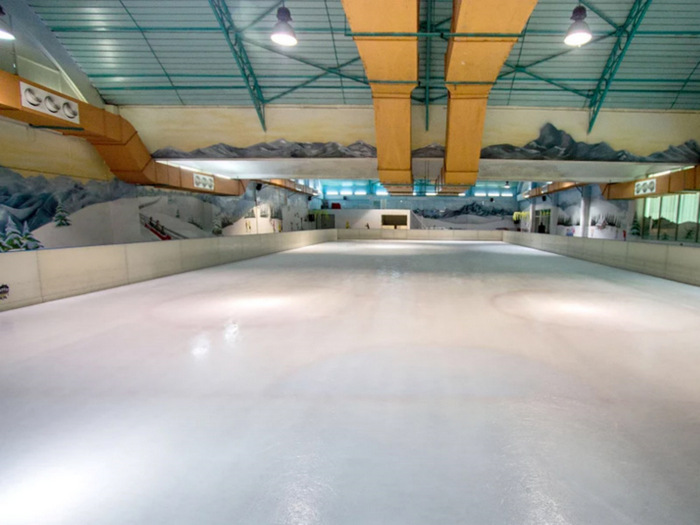 The Solar Ice Rink is located in the Panari Sky Centre which overlooks the Nairobi National Park . It is the only such ice rink in East and Central Africa. With an ice skating surface area of 15,000 square feet, it can hold 200 skaters at any time. 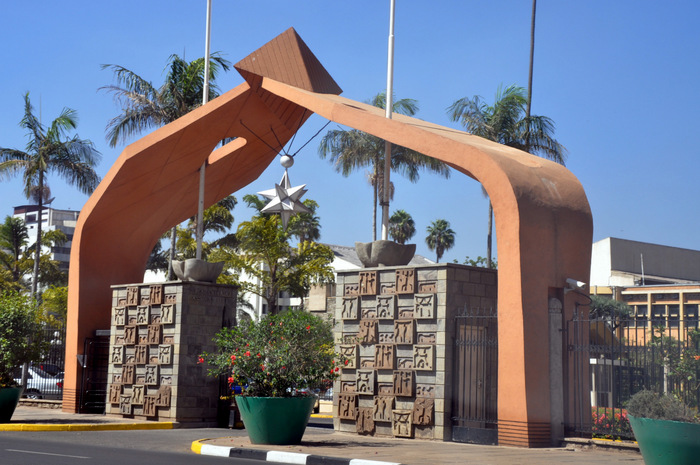 Parliament House is one of Nairobi's most iconic landmarks. Originally built in the 1950's, it has a large English-style clock tower. The mausoleum containing the body of the founder and first prime minister of Kenya, Jomo Kenyatta is on the grounds however this is rarely open to the public. When parliament is in session, you can get a free permit for the public gallery, and watch as the ruling party and opposition debate with each other. At other times, you can get a guided tour with an on-site sergeant-at-arms.

The August 7th Memorial Park pays tribute to the innocent people who lost their lives in the 1998 bombing of the United States Embassy in Nairobi. It also aims to educate visitors about the terrible consequences of terrorism and violence. You will see the Memorial Wall which lists the names the 218 people who died on individual granite slabs, a Yin-Yang shaped fountain symbolising life, indigenous Kenyan plants and rocks from different parts of the country which signify how the entire country was affected by the blast, as well as the Mind, Body & Spirit Sculpture.

6. Learn about Kenyan history at the Nairobi National Museum 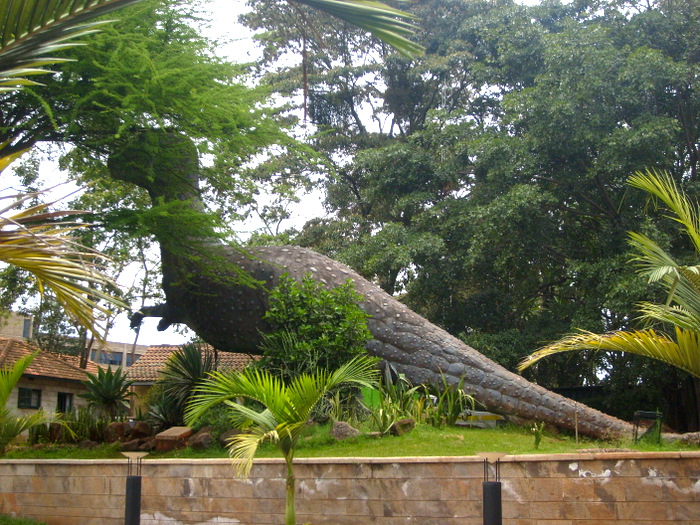 8. Get a birds eye view of Nairobi 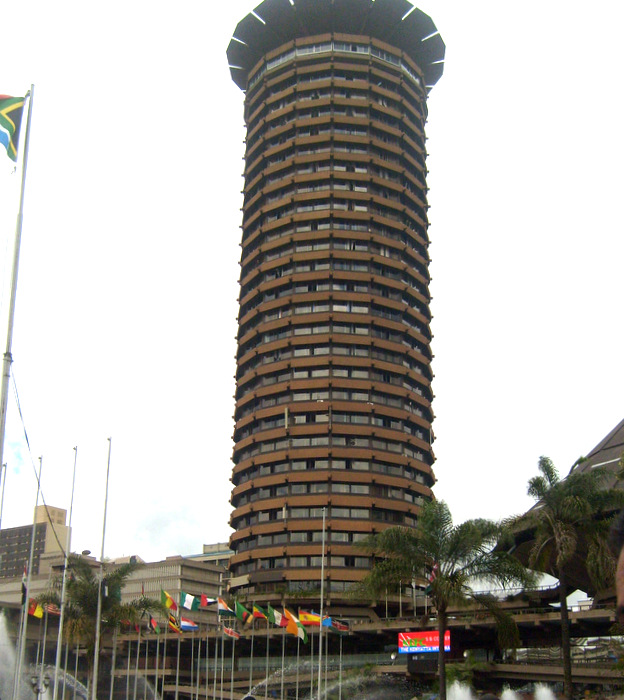 The helipad on the rooftop of the Kenyatta International Conference Centre (KICC) will give you panoramic views of the city center.  When we visited, an international conference was taking place there and we saw the president as well as other dignitaries.

The farm where the Danish author of the famous memoir Out of Africa lived from 1917 to 1931 is now the Karen Blixen Museum. Much of the 1985 Oscar-winning movie was shot on the grounds here.

10. See wildlife near the city

The Nairobi National Park on the outskirts of the city, is a convenient and easily accessible reserve to go on safari, if you don’t have time to visit those that are further away.

12. Visit one of the world’s most instagrammed giraffe sanctuaries

Giraffe Manor is an exclusive boutique hotel, set within 140 acres of indigenous forest. It is home to a herd of Rothschild’s giraffe who may visit in the mornings and evenings, sometimes poking their long necks into the windows in the hope of a treat, before retreating to their forest sanctuary.

13. Learn how beads are made at the Kazuri Beads Factory

The Kazuri Beads Factory has empowered over 300 women from disadvantaged backgrounds. Here, you will learn about the process whereby raw clay is turned into beautiful jewellery. You can also buy your gifts and souvenirs here.

6 Things to do around Nairobi 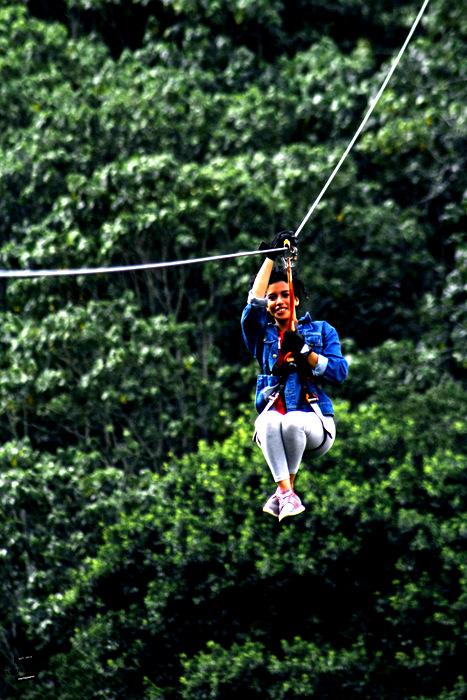 Flying Fox at The Forest is the longest zip line tour in East Africa. It has 6 zip lines with a total length of 2.4km of flight extending over the picturesque Kereita Forest. The lush forest borders the Aberdares Mountain range and offers a variety of adventure based activities in one of the most beautiful landscapes you will ever see.

The zip lines have interesting names like the Flying Elephant, The Colobus Catapult and The Eagle’s Nest. While zip lining, you will be rewarded with views of valleys, waterfalls, canopies of trees, and even the iconic Mount Kenya. You will be kitted out and accompanied by instructors on your adventure. If you still have the energy thereafter, The Forest also offers other activities like archery, mountain biking and paintball.

2. Indulge in a delicious cheese-tasting session

Brown’s Cheese Factory and Farm is situated a half-hour drive away out of Nairobi. It is an award-winning cheese farm where you will be able to taste a variety of freshly-made specialty cheeses along with home-made bread, chutney and jam and home-grown salads. You will also get a tour of the factory and learn about how cheese is made

3. Learn about the past at a pre-historic site Olorgesailie

About 70 kilometres away from Nairobi, in a dried lake basin in the Rift Valley, you will find one of the best dated prehistoric sites in the world. Olorgesailie is an official site of the Museums of Kenya and is known as the “factory of stone tools” . Fossils from early humans of the Acheulean era dating back to 200,000 to 1.5 million years ago, as well as remains of extinct animals and stone -age tools were found here by palaentologists. You can marvel at these discoveries at the museum.

4. Enjoy a Kenyan meal while overlooking a waterfall at The Blue Post Hotel 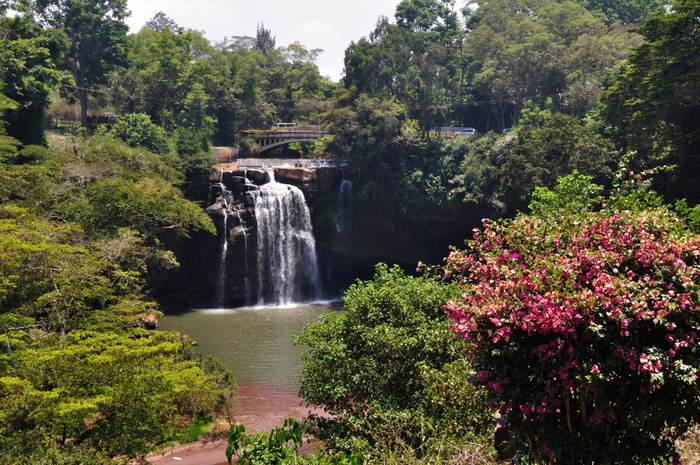 Less than an hour away from Nairobi, is a delightful colonial hotel dating back to 1908. The Blue Post Hotel has a prime location between two rivers and two natural waterfalls: . Thika (Fourteen) and Chania falls. The movie Tarzan, by Gordon Scott was filmed at the Thika Falls in the 1960s. The restaurant faces the waterfalls and while you admire them, you can enjoy traditional Kenyan dishes like kachumbari, ugali and greens.

5. Gaze at wildlife from an ark 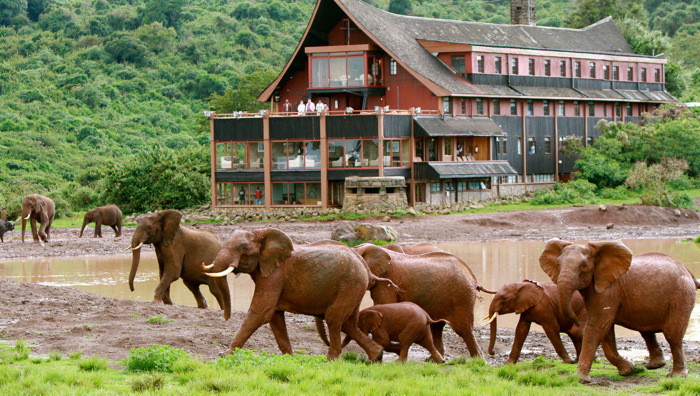 The Ark is a unique lodge built to resemble Noah’s Ark. It is located in the heart of the Aberdare National Park , around 30 minutes away from Nairobi. The Ark overlooks a floodlit waterhole and a salt lick, where wildlife come to drink. There are three decks with viewing areas from where you can see the waterhole. There is also a hide on the ground level from where you can take amazing close-up photos of the wildlife in complete safety.

The wildlife here includes black rhinos, elephants, buffalos, lions, leopards, the golden cat and the eland. It is not necessary to go out and look for them, as in traditional lodges, because they come to the lodge themselves. To get the full benefit of this experience, it would be better to stay overnight. During the night, the guard will alert you when there is exciting activity at the waterhole.

6. Enjoy a spa treatment in a glass room in a forest

Entim Sidai, meaning “Beautiful Forest” is true to its name. This wellness sanctuary is nestled in a lush forest with an iconic view of the Ngong hills. The spa’s distinctive feature is a glass-walled studio built in the forest, where you can opt to enjoy your spa treatment. The area also boasts of spacious and well-equipped in-door treatment rooms. The vibrant colors, natural fabrics and state-of-the-art decorative pieces that have been blended to create an ambience of elegance are not only a delight to the eye but also invite you to retreat into a small little world of your own.

Entim Sidai (Maasai name for Beautiful Forest) Sanctuary in Karen, sits on 20 acres of indigenous forest land with an iconic view of the Ngong hills. It maintains its Karen pioneer settler farm house built in 1924, park like ambiance with huge mature trees and prolific bird life.

Have you been there? What are your favourite things to do in Nairobi ? 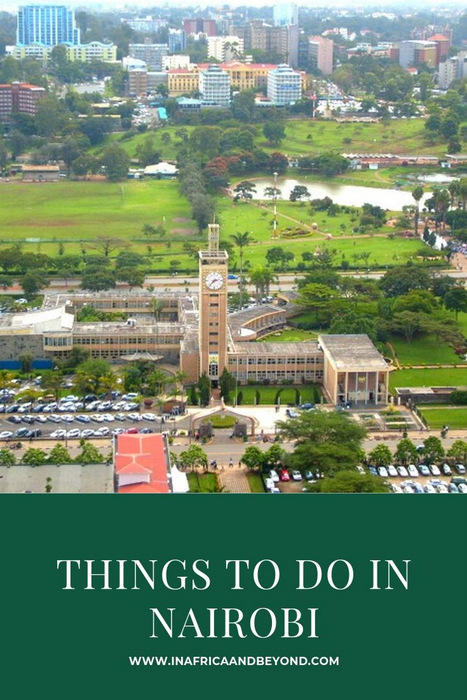