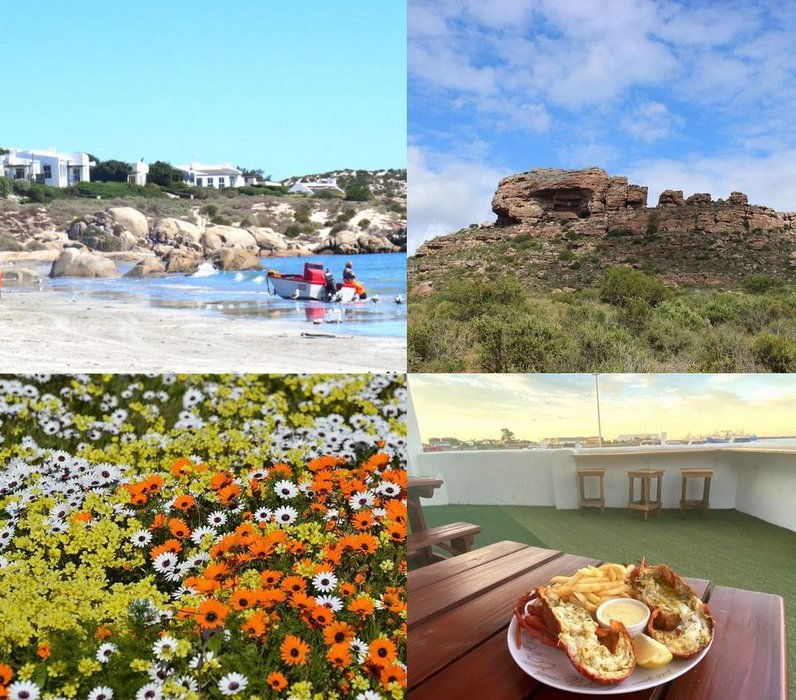 The Cape West Coast is a beautiful stretch of coastline in the Western Cape province extending from Yzerfontein in the South to Strandfontein in the North. There are so many things to do in the Cape West Coast that boredom is not an option. Comprising a chain of small towns and fishing villages, it offers everything from pristine beaches and striking mountain ranges to shipwrecks and fossils, making it a popular destination with holidaymakers. It is also one of the best places to see South Africa's colourful wildflower carpets in spring, along with Namaqualand. For us, it was also a great stopover point en route from Namaqua National Park to Cape Town.

There are several small towns located along the coast, each with its own special charm.

Here are 9 Cape West Coast towns you should visit 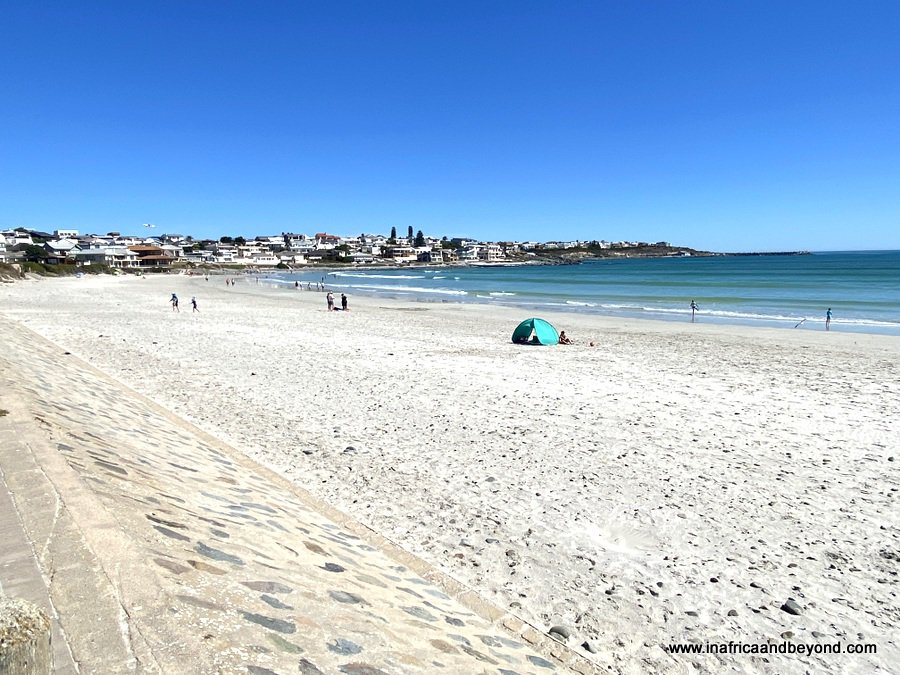 Yzerfontein marks the start of the West Coast Region and is bordered by the West Coast National Park. The name Yzerfontein is an old Dutch word meaning “Iron Fountain” and the small harbour town is best known for its unique Sixteen Mile Beach, South Africa’s longest stretch of sandy beach, which is popular with swimmers, surfers, sunbathers and fishermen – even though the water is cold. Table Mountain can be seen from the beach in clear weather. Yzerfontein is also the landing point for the ACE and WACS submarine communications cables.

About 10 km from Yzerfontein, you will find Dassen Island, a breeding ground for the African penguin, that also attracts large numbers of other aquatic birds. Several shipwrecks can be seen here too. Also, near Yzerfontein, is !Khwa ttu, a San culture and education centre, a living museum where you can learn about the San culture and history from the San people. 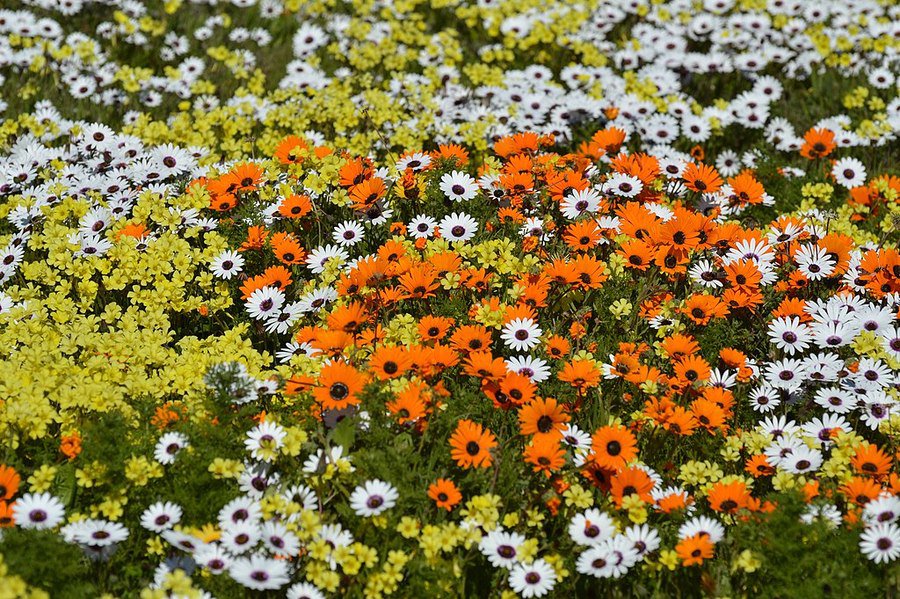 Wildflowers in the West Coast (cc: Discott via Wikimedia Commons)

Despite evoking romantic notions, the town was actually named after Sir Charles Darling, lieutenant-governor of the Cape Colony. As a key part of the Cape Floral region, there are several flower reserves in and around Darling, and they burst into bloom around August and September, when an annual flower show is held. The town’s most famous resident is satirist Pieter Dirk Uys aka Evita Bezuidenhout, who runs Evita se Perron. Previously the old Darling station, it is now a theatrical and dining experience. Stop by Darling Sweets to get some toffees and visit the Darling Museum to get some insight into its history. 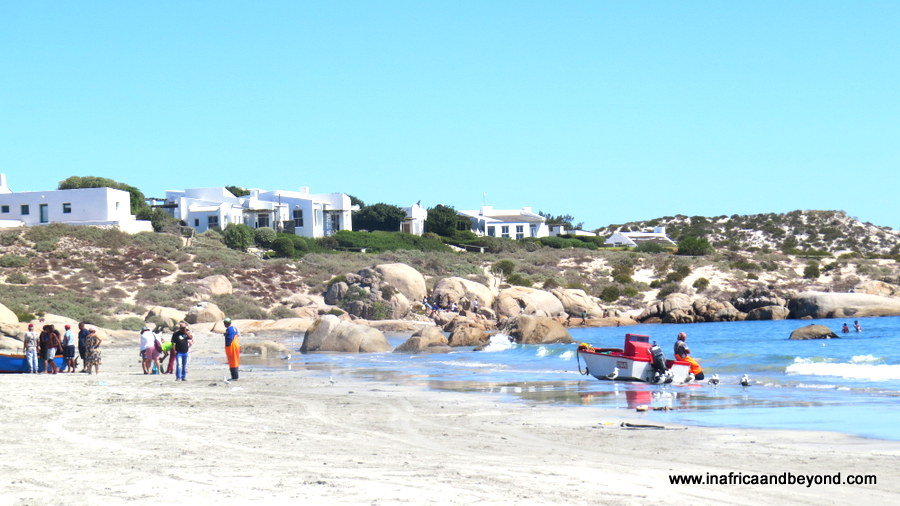 Paternoster is one of the oldest and most beautiful fishing villages on the West Coast. It is renowned for its pristine white beaches, white-washed fishermen's cottages and delicious seafood. The name Paternoster, meaning "Our Father" is believed to have originated from the grateful prayers of ship-wrecked Portuguese sailors who were saved. The village is home to several restaurants and cafes, including Wolfgat, which was named the Best Restaurant in the World at The World Restaurant Awards in February 2019.  Around 5km from Paternoster is the Cape Columbine Lighthouse, one of the most powerful lighthouses on the South African coast. 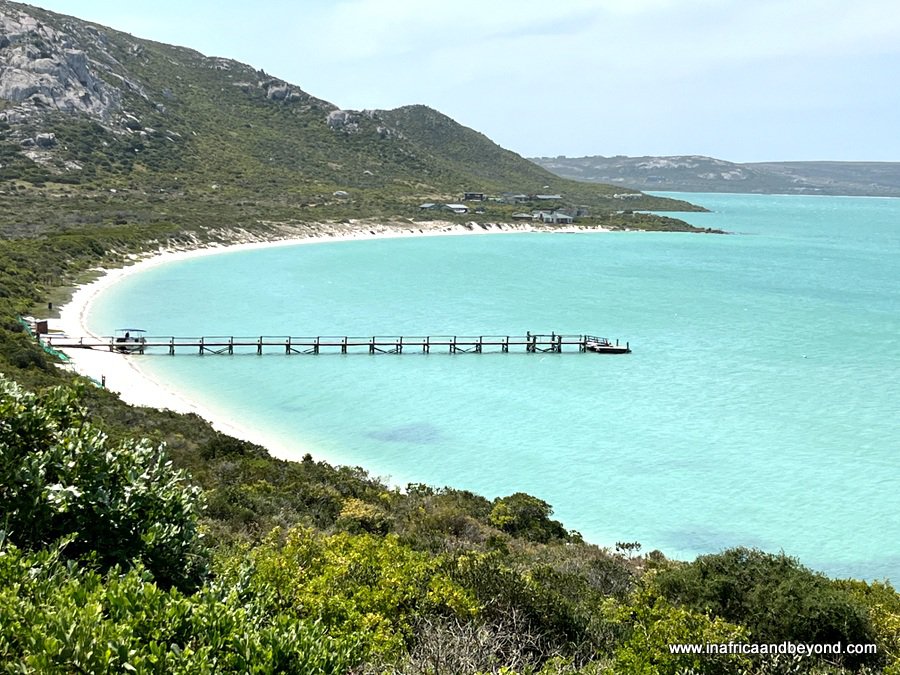 Langebaan is one of the most popular Cape West Coast towns, with its lagoon and beautiful beaches, like Kraalbaai (Kraal Bay) Beach, which is accessed through the West Coast National Park.  Swimming, sunbathing, canoeing, windsurfing, cycling, and bird watching are just some of the main activities here. You can also go on game drives in the nature and wildlife reserves in the vicinity. Near Langebaan is the West Coast Fossil Park, which is world-renowned for its remarkably well-preserved rich fossil deposits that date back over 5 million years. 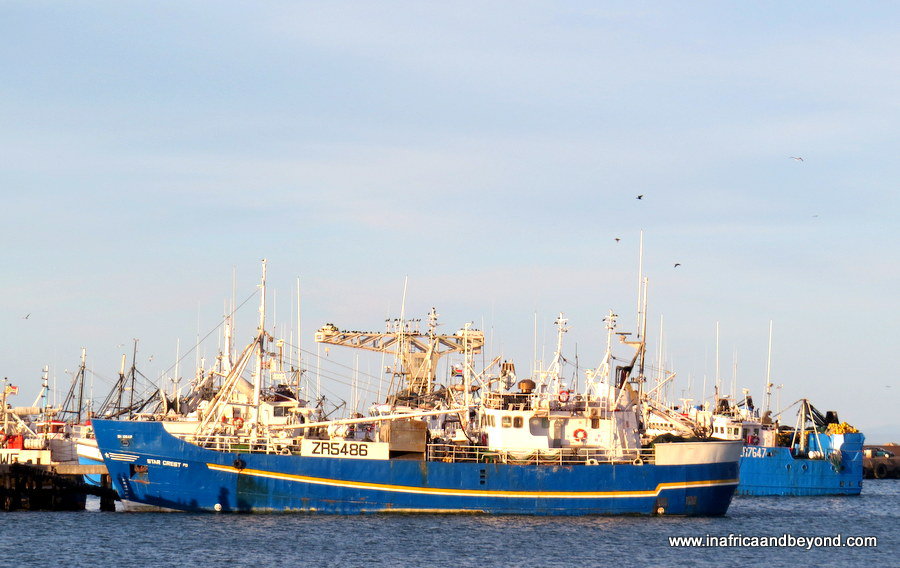 St Helena Bay was discovered and named by Portuguese explorer Vasco da Gama way back in 1497, during his pioneer voyage from Europe to India. Today, it is one of the world's key fishing areas, known for its sailing, surfing, seafood and birdlife. At the tip of St Helena Bay is the tiny peninsula of Shelley Point, and the Shelley Point Hotel and Spa. Fringed by water on three sides, it looks almost like an island. 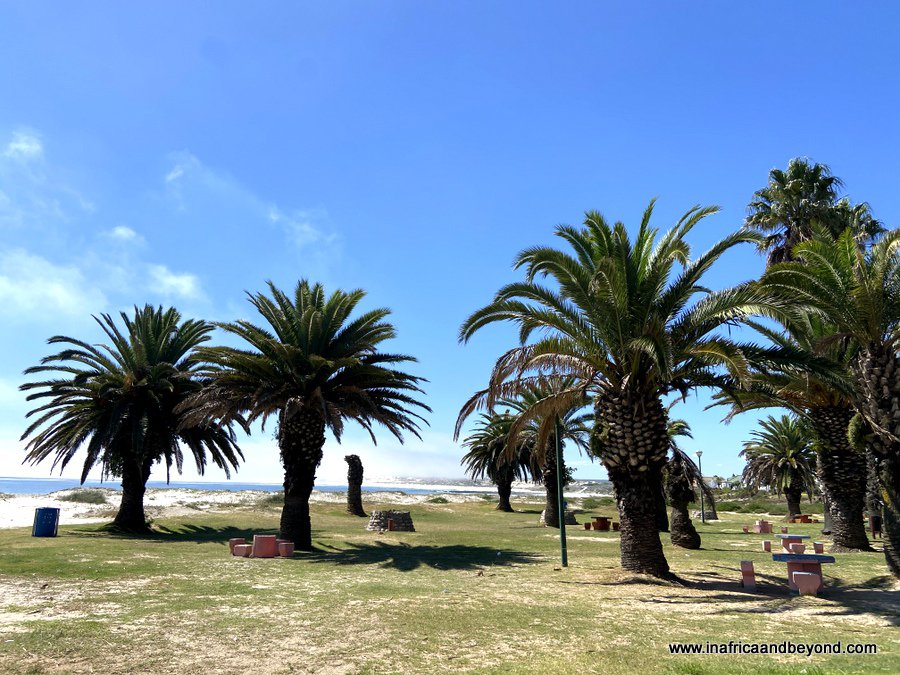 Lamberts Bay is a small fishing village situated on the Northern part of the West Coast, about three hours' drive from Cape Town. The main catches here are anchovies, rock lobster and snoek. It is also home to Bird Island, a huge slab of rock which is linked to the town by a breakwater, and frequented by thousands of cormorants, penguins, gannets and other birds. 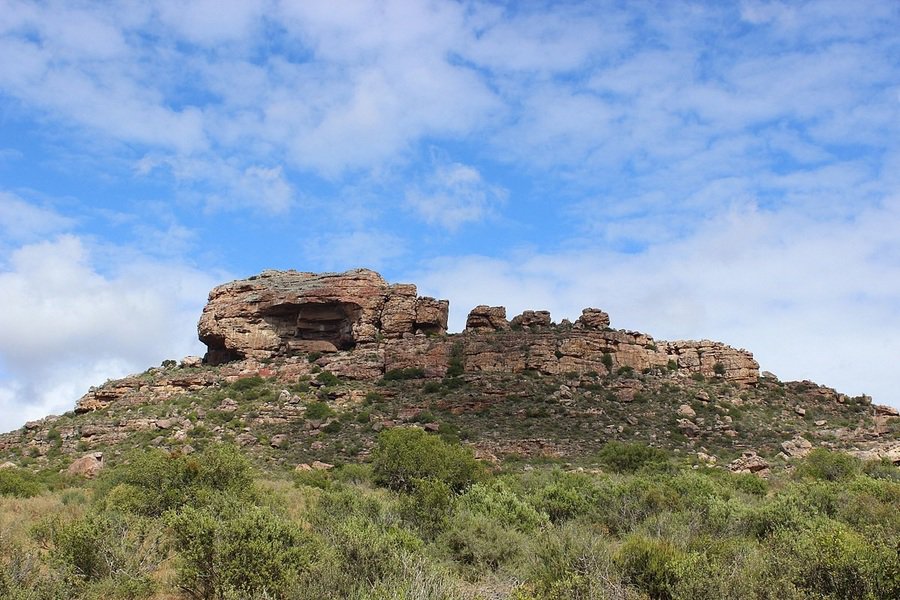 Elands Bay is a quaint fishing village, with some natural attractions worth visiting. Verlorenvlei, a natural wetland and one of the biggest estuaries in the Cape West Coast region, is a haven for about 240 species of birds. There are caves near the town which have produced valuable archaeological finds, and you can see rock art at the Bobbejaanberg Cave. The waves are popular with surfers, and comparable to those in Jeffreys Bay. The flowers in Spring are worth seeing, and you can see dolphins and whales if you’re lucky too. 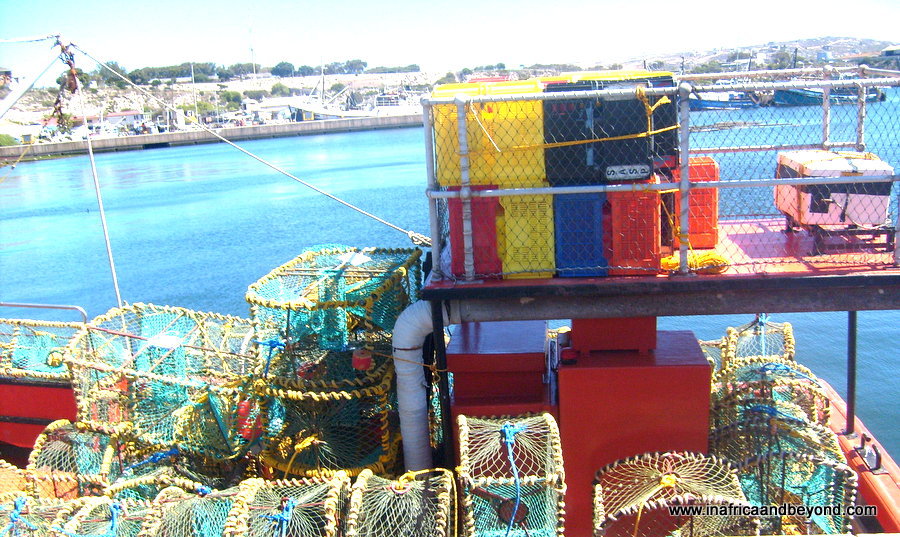 Saldanha Bay is one of the best harbours in the world as well as the deepest and safest harbour in South Africa. There are several canneries here due to the abundance of fish in the bay. It is also home to a naval base, the South African Military Academy, and the only dedicated iron ore export facility in South Africa. Visit the Saldanha Bay Cultural Village and Hoedjieskop Museum to get some insight into the town’s history. Other popular activities in Saldanha Bay include hiking, sailing, kite surfing, kayaking, windsurfing, swimming and relaxing on the beaches. 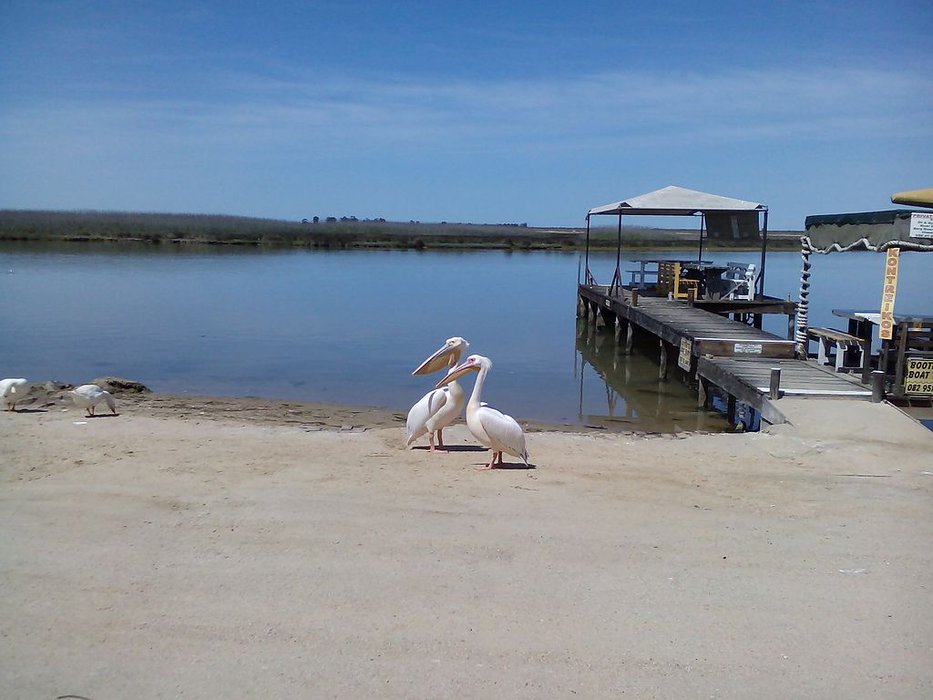 Velddrif is a traditional fishing town situated next to the Berg River, where you can still see people fishing and selling their catch as it was done in the old days. This is where the Cape West Coast delicacy “bokkoms” (dried, salted herrings), originate from. Visit “Bokkom Laan” where they are made, to taste them and speak to the locals. One can also visit the Rocher Pans, a nature reserve and bird sanctuary near the town.

To summarise, here are the 9 best things to do in the West Coast 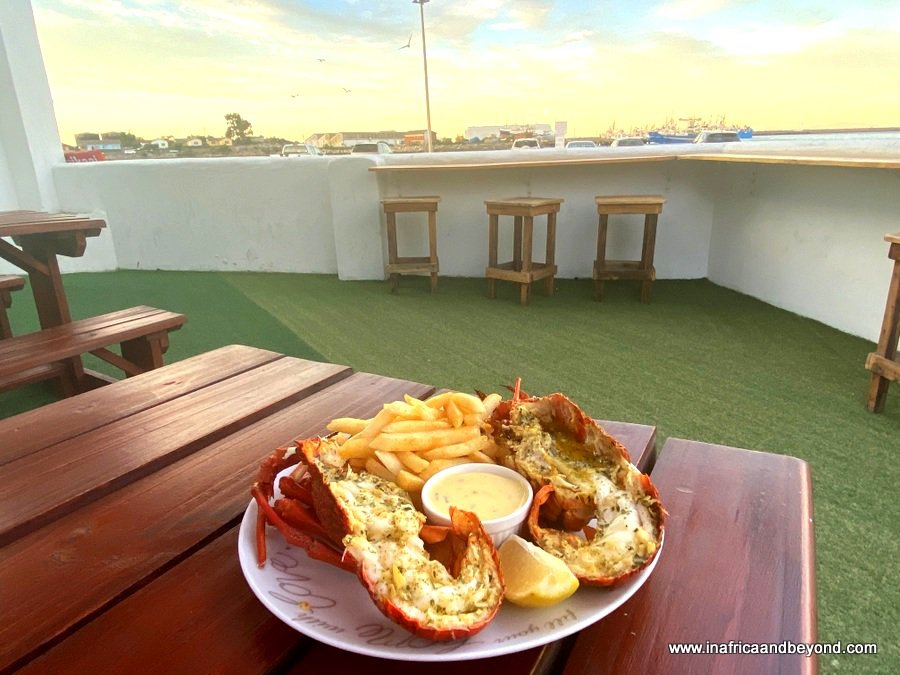 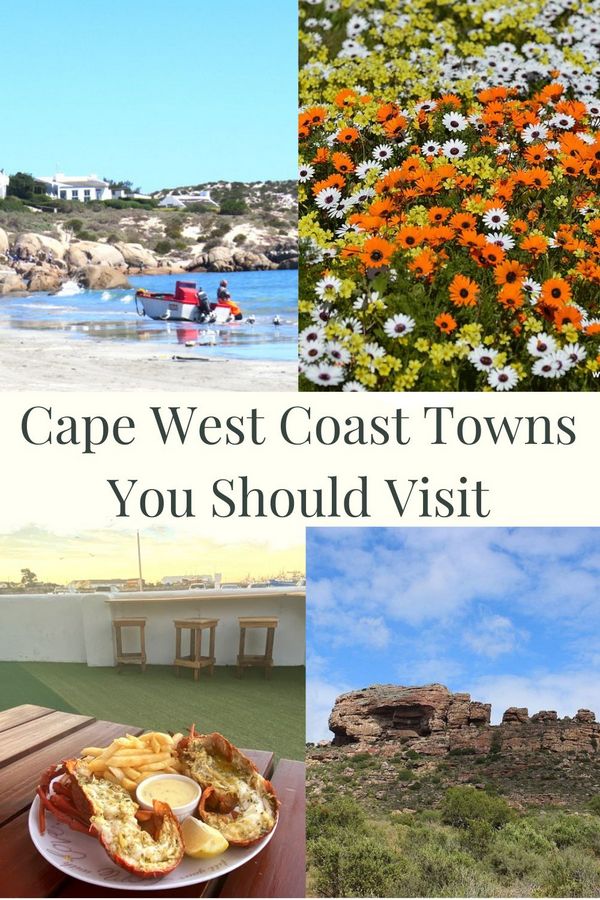 2 comments on “9 Cape West Coast Towns you should visit”