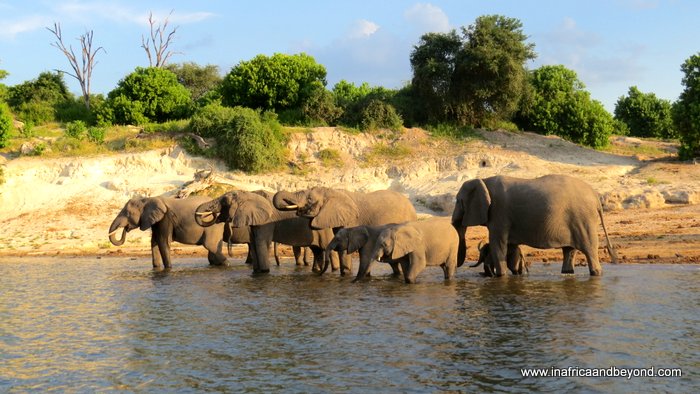 Being the safari addict that I am, Chobe National Park in Botswana had been on my bucket list for a long time. After all, it is one of Africa’s best safari destinations. While researching my trip to Victoria Falls, I was surprised to discover how near it actually was from there.  I was even more pleased to discover that a game drive in Chobe National Park was included in our stay at Ichingo Chobe River Lodge. 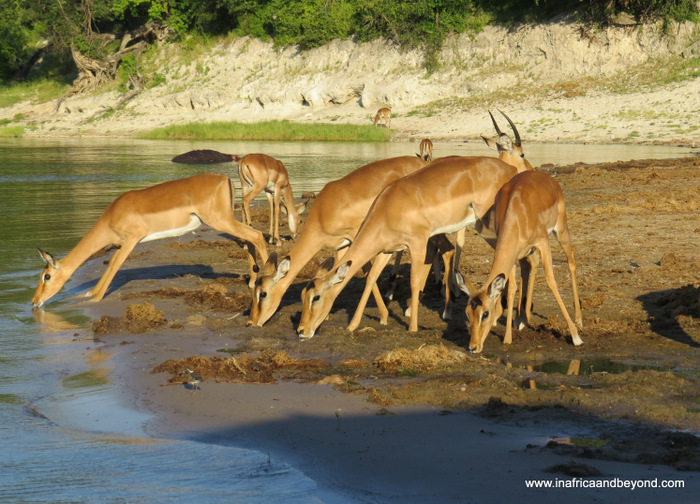 Just over an hour away from the Victoria Falls, near an area called Kazungula, lies the African Quadripoint. It is the only place in the world where four countries meet. The four countries are Zambia , Zimbabwe, Namibia and Botswana and they meet at the confluence of two mighty rivers, the Zambezi and the Chobe.

We drove from Zambia via Zimbabwe, to the Kazungula Border, in order to avoid the ferry. There was a long line of trucks waiting on the Zambian side and our driver told us that they often had to wait for days before they could cross, as only one truck could cross on the ferry at a time. Smaller vehicles were given priority though. From the border we drove to the town of Kasane, where our guide from Ichingo River Lodge was waiting to pick us up. On our return trip, we were collected from the Kasane Border Post by another guide who took us directly to Chobe National Park.

If you are not an SADC resident, you may need to get a KAZA UniVisa to cross all these borders.

When our guide said that it would take us five minutes to get to the park depending on the traffic, we didn't know what kind of traffic he was referring to. Non-African residents often think that animals run wild through the cities of Africa. As South Africans, we laugh it off. However, this is a reality in other countries. The game reserves we visited in Zimbabwe, Zambia and Botswana were unfenced and elephants, warthogs and other wildlife often cross the streets, usually on the outskirts of the city. They don’t usually attack though unless they are provoked. 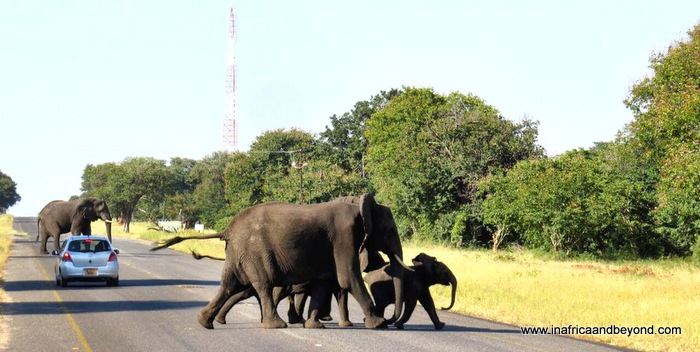 Chobe National Park has the highest concentration of elephants in Africa, and we certainly saw many of them. We also saw many hippos, giraffes, baboons, antelopes and interesting birds.  No cats, unfortunately although we were told we had just missed a leopard near the restrooms, when we stopped there. Murphy’s Law. We also spoke to an American family who told us that they had seen three cheetahs earlier that day. Our guide told us that cheetahs hadn’t been seen there in a long while, so either they were very lucky or very confused. Then again, you never know what to expect on a safari. 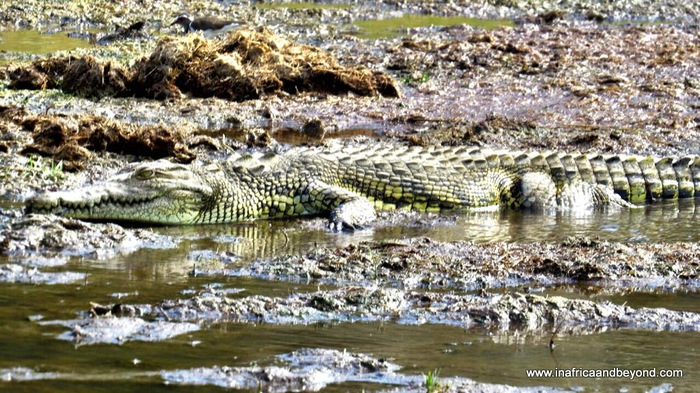 Our game drive was about three hours long, and even though we enjoyed it, I think that what makes Chobe more unique is the river safaris that it offers. There is something truly special about drifting on a river within close range of herds of elephants and buffaloes, while surrounded by pods of hippos and solitary crocodiles. It is an amazing way to see wildlife from a different angle, and enjoy the breath-taking scenery and sunsets.

Fortunately, we had done these while staying at Ichingo Chobe River Lodge. We would go on 3-hour water safaris through the Chobe River on a specially equipped photographic boat, and enjoy the sightings from our vantage point, returning only once the sun had set. You can also book your river safaris at the park. I would highly recommend it. 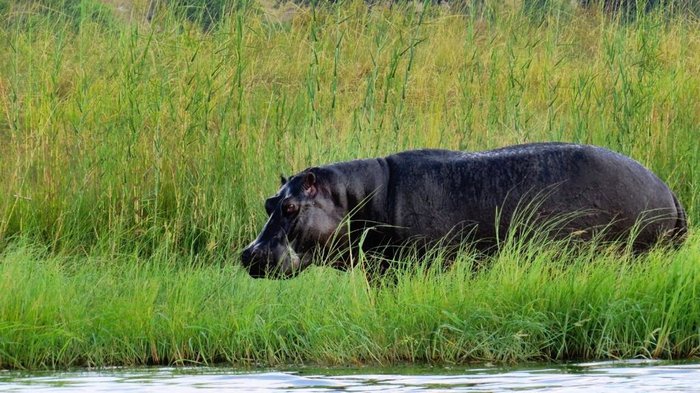 To go directly to Chobe National Park, you can also fly to Kasane International Airport. Sunset on the Chobe River 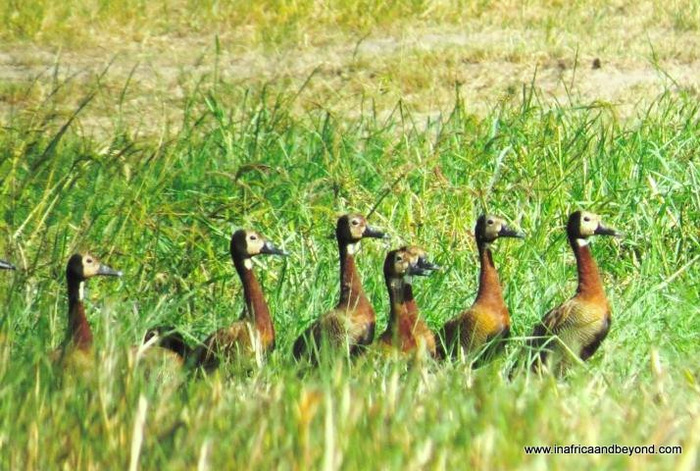 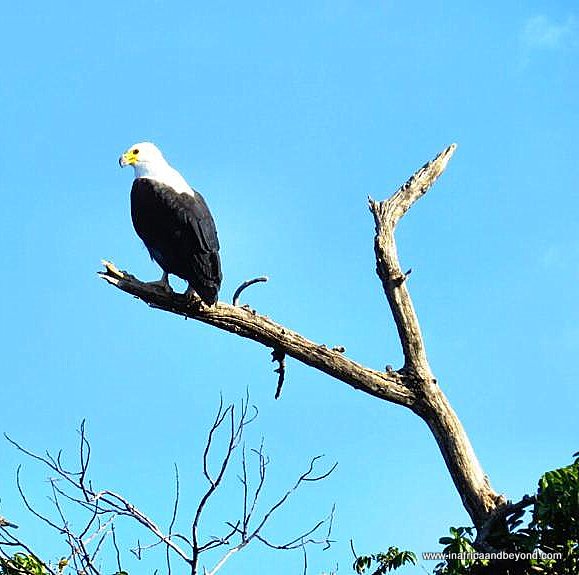