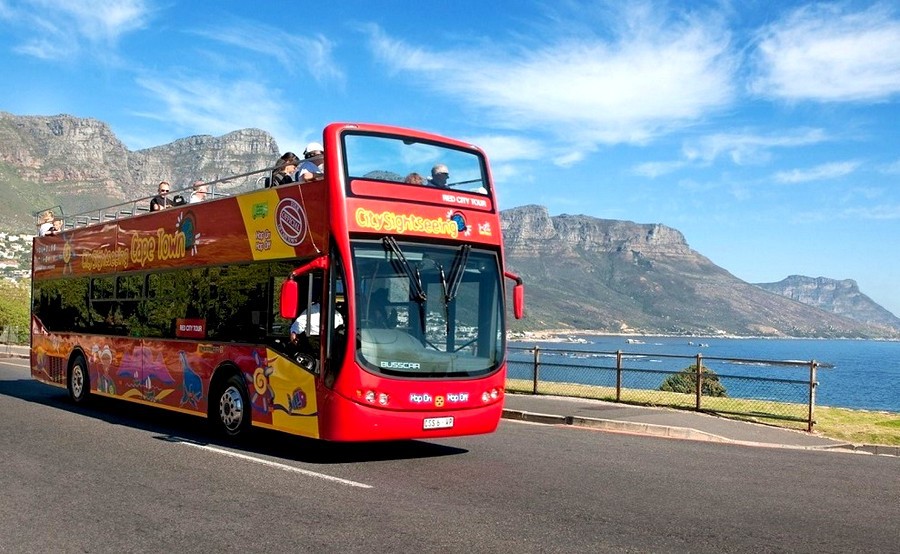 Did you know that the Cape Doctor is actually the local name for the strong south-easterly wind that blows on the South African coast from spring to late summer, and that it is thus named because it is believed to clear Cape Town of smog and pollution, leaving clear blue skies behind?

Or that the three towers at the base of Table Mountain are nicknamed Salt, Pepper and Mustard?

Or that Cape Town’s noon guns are still fired every day since 1806?

You didn’t? Neither did I, until I heard them on the City Sightseeing Cape Town bus, along with a host of other interesting facts and entertaining anecdotes.

If you’ve been following my blog for a while, then you’d know that we’re fans of the City Sightseeing hop-on hop-off buses. They’re a great way to get an overview of a city while listening to the insightful commentary on your surroundings – especially when you have limited time – and we’ve used them in many cities around the world. 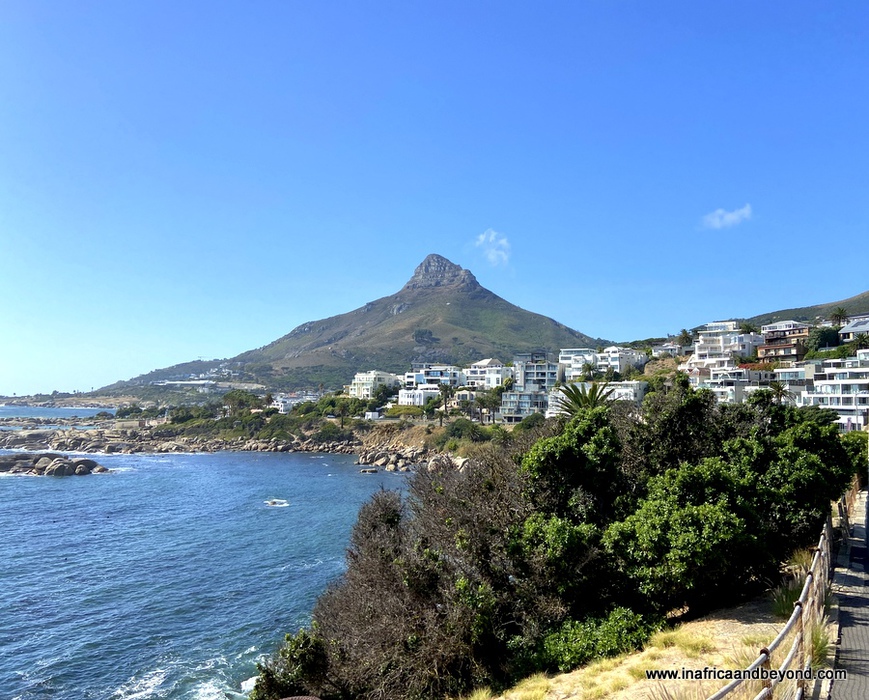 View from the bus

Cape Town is consistently listed amongst the world’s most beautiful cities by leading international publications and although we’d visited most of the attractions on the Cape Town routes already, we wanted to see the city from the top of the double-decker bus. We weren’t disappointed. The views were some of the best we’ve ever seen on a City Sightseeing Bus, as we drove along the stunning coastline, through towering forests and on Table Mountain.

There are 2 main routes with some overlap in-between. The Red City Tour route weaves through the city streets and also goes to Table Mountain. The Blue Mini Peninsula route goes further afield to Constantia and Hout Bay. There is a separate sunset bus route too on which you can experience the famous Atlantic Ocean sunsets. Apart from the bus routes, the Premium ticket also includes a harbour or canal cruise. 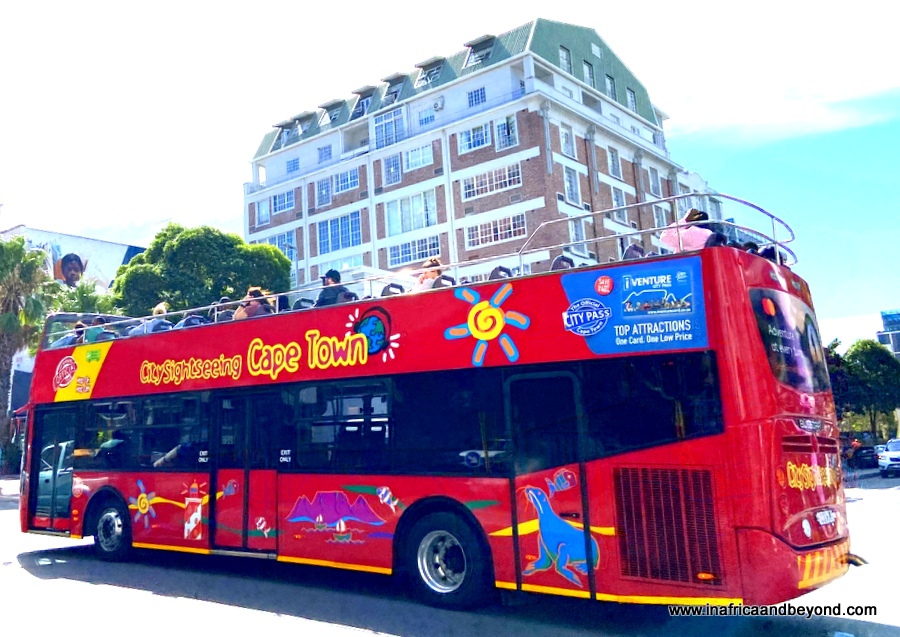 To get the most out of your ticket, I would suggest starting as early as possible – or buy a Premium ticket which is valid for 2 days, as you probably will not have time to visit all the attractions in 1 day. We were staying at the President Hotel, which was one of the stops on both routes, making it quite convenient to get on and off the bus. Once we’d hopped on, we were provided with earphones which we plugged in at our seats to listen to the commentary, which is available in 15 languages. There’s an additional fun channel for the kids too.

Here are some of the attractions we stopped at with City Sightseeing Cape Town: 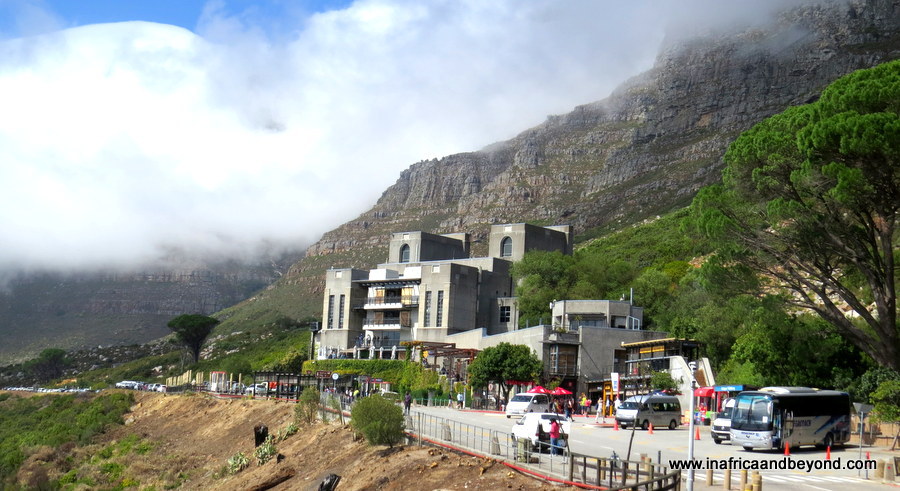 Cape Town’s most famous attraction and one of the world’s seven wonders of nature, this flat-topped mountain overlooks the city. The bus stops at the aerial cableway station from where you can ride to the top of the mountain. If you’re fit enough, you can also opt to hike up. The 360° views from the top are breath-taking. 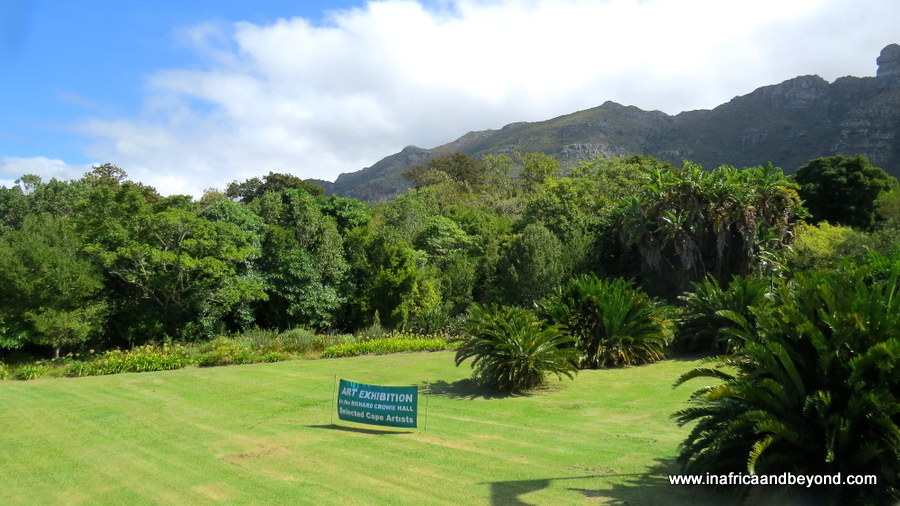 One of the most beautiful gardens in Africa and one of the great botanical gardens of the world, it lies at the foot of Table Mountain and is the ideal place for a picnic. One could easily spend a full day here, admiring the different gardens and other features. 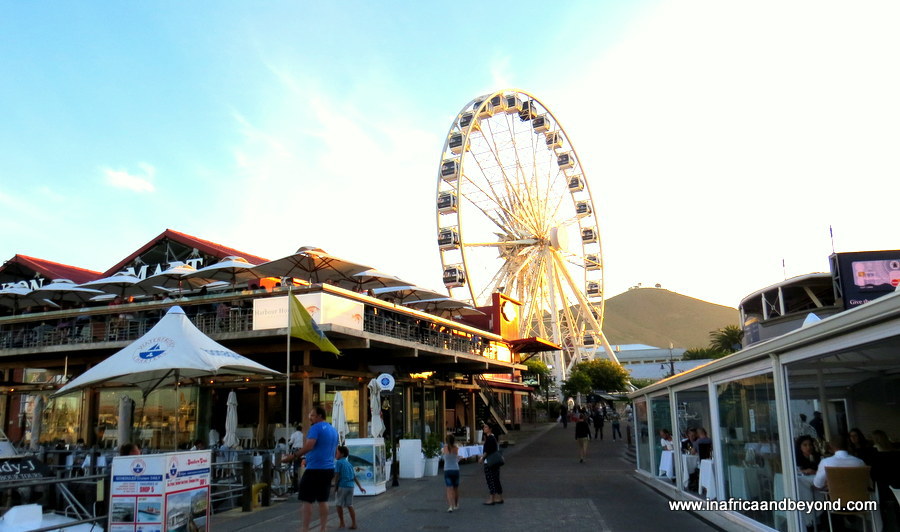 One of the most visited attractions in South Africa, the Victoria & Alfred Waterfront is located in the Cape Town harbour. It is a sprawling shopping centre filled with stores and eateries, and surrounded by other attractions like an aquarium, a giant observation wheel and museums. You can also go on a boat cruise to see the seals or take a ferry to Robben Island from here. 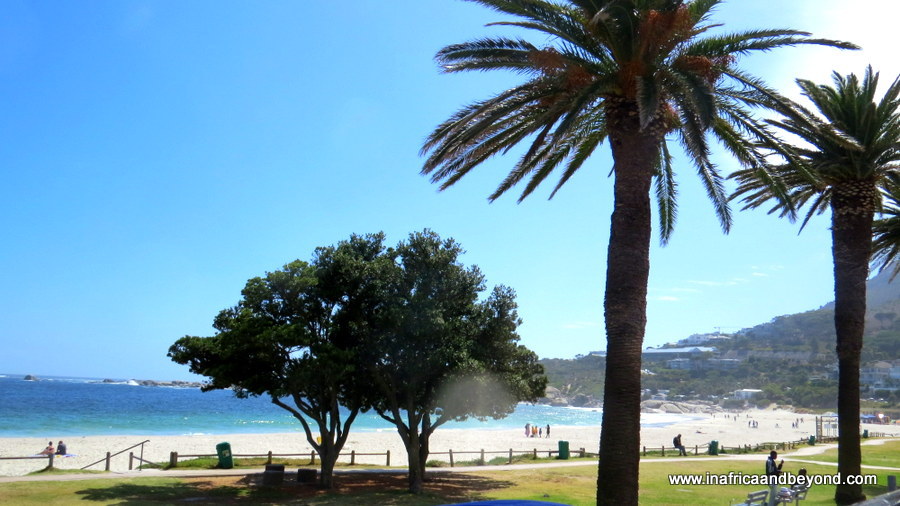 Cape Town has some of the most beautiful beaches in the world, and the bus makes seaside stops at Sea Point and Camps Bay. The Clifton beaches can be found between these two stops. You can visit the beaches or just walk along the promenade and admire the views – a popular pastime in Cape Town. 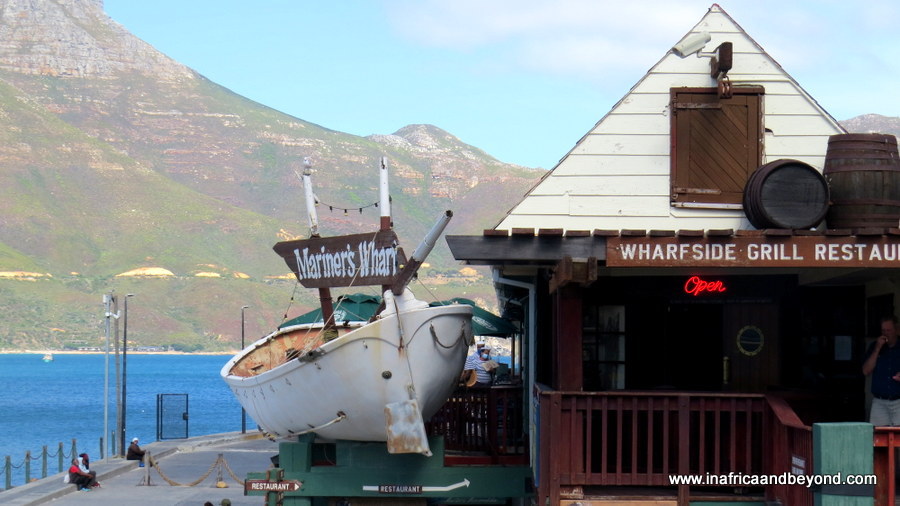 A charming seaside neighbourhood and fishing town, it’s a lovely place to spend a few hours. You can chill on the beach, eat some of the freshest fish and chips, shop for curios or just relax and enjoy the views. 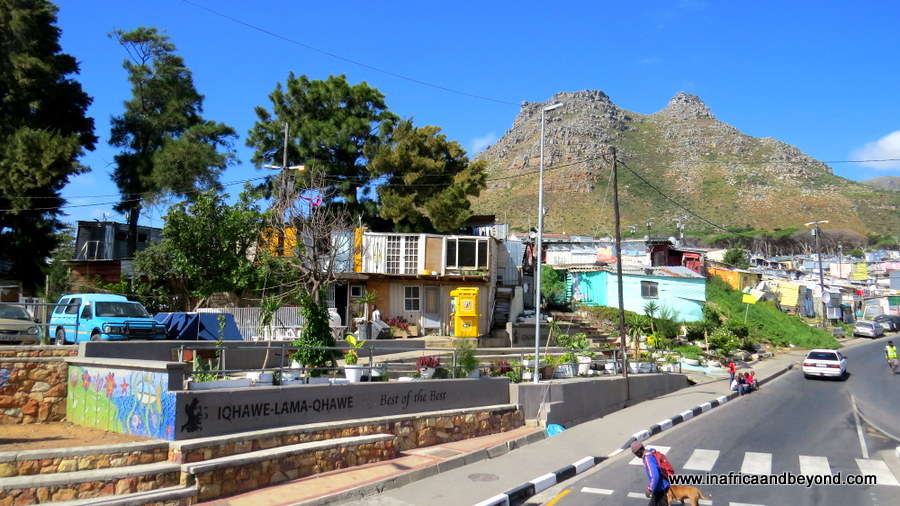 This is an informal settlement in Hout Bay where you can do a free walking tour with the City Sightseeing Bus. You will learn about how the township came into existence, witness township life, visit the small business establishments among the informal housing and meet locals who may invite you into their homes.

Apart from the actual stops, we passed many other Cape Town landmarks, such as the Green Point stadium, the Rhodes Memorial and the Zeitz MOCAA.

Free guided walking tours to the Bo Kaap and the city centre leave from the City Sightseeing Bus offices in Long Street at specified times. I love the Bo Kaap and must visit this colourful district on almost every trip to Cape Town, so I joined the walking tour with Walk Cape Town. I saw parts of the area I’d never seen before and learnt a lot about its history too. 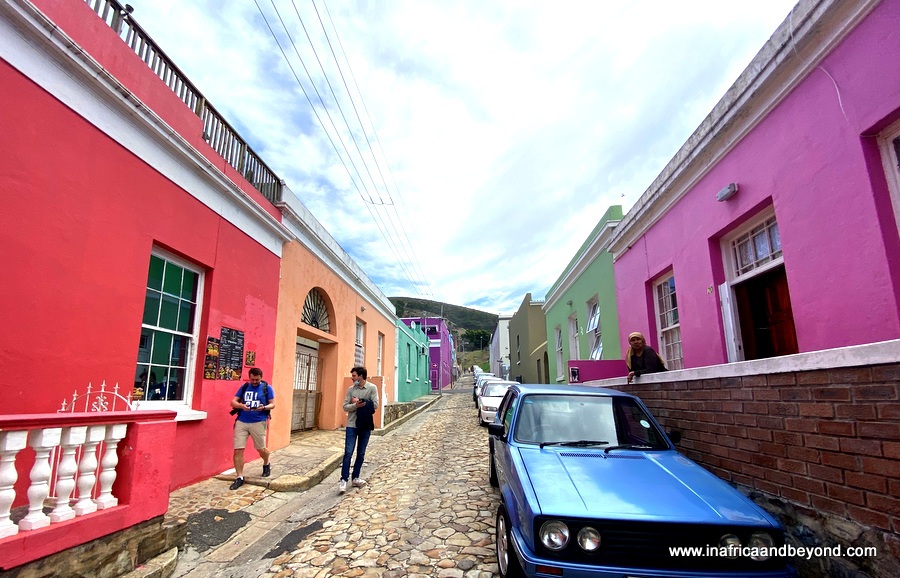 The buses were quite busy with locals and tourists, and they were quite punctual, considering Cape Town traffic. Whether you’re a first-time visitor to Cape Town, a frequent visitor or a local, I would recommend experiencing it at least once. If you have kids with you, they’ll probably love it too. 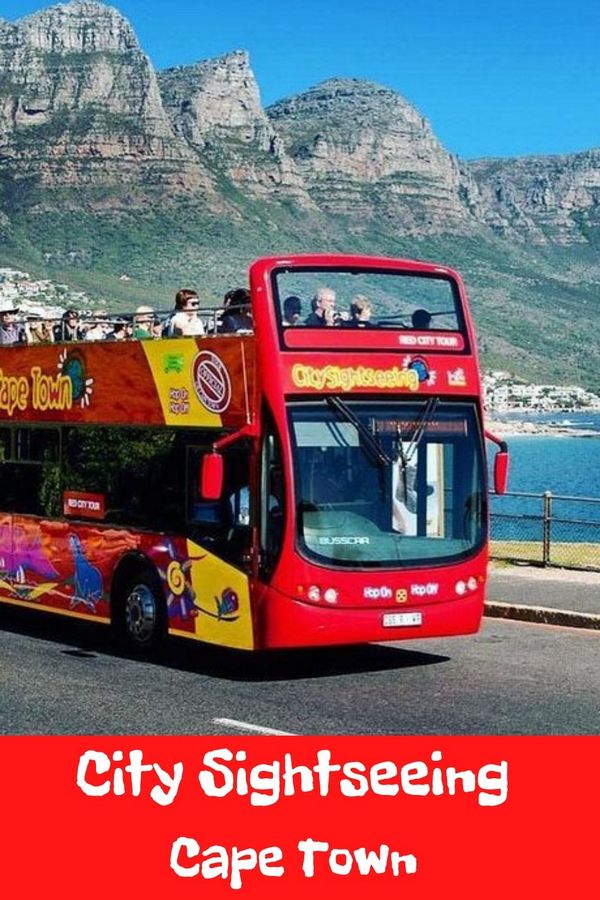