11 things to see at the Durban Botanic Gardens 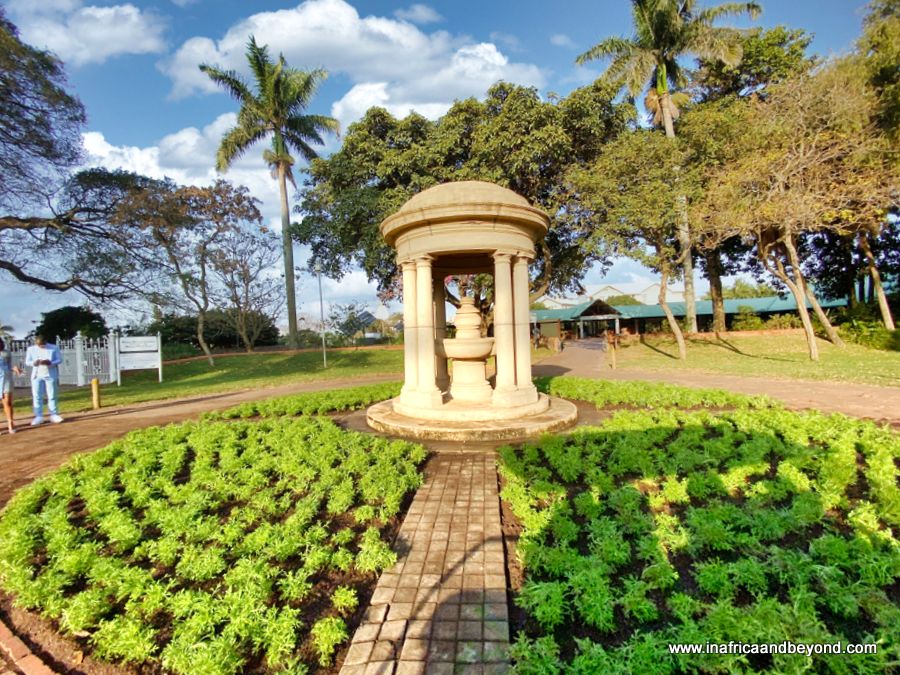 Did you know that the Durban Botanic Gardens are the oldest surviving botanical gardens in Africa – as well as the city’s oldest public institution?

and that they are home to:

Although I’d been to the coastal city many times before I’d never considered visiting the gardens until something I read recently prompted me to add them to my list of things to do in Durban. 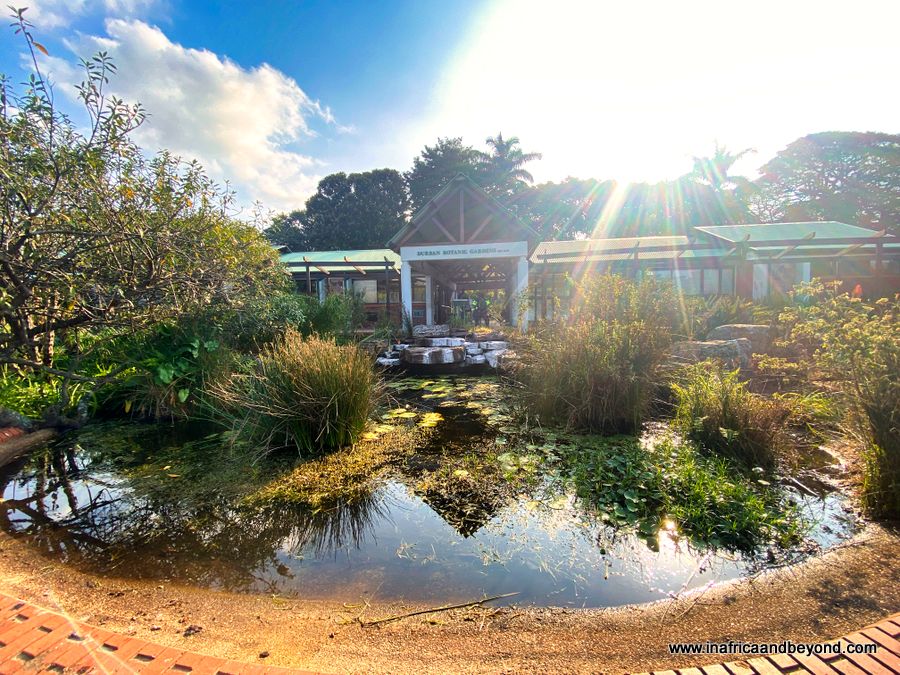 About the Durban Botanic Gardens

The Durban Botanic Gardens were established in 1849 – when Durban was little more than a village – for the purpose of cultivating vegetables, fruits and other agricultural crops. It developed over time becoming an important botanical station, which achieved local and international recognition. Although it is much smaller than Kirstenbosch Botanical Gardens in Cape Town (528 ha) and Walter Sisulu Botanical Gardens in Johannesburg (300 ha) – at 15 ha – it boasts a fascinating collection of botanical treasures. 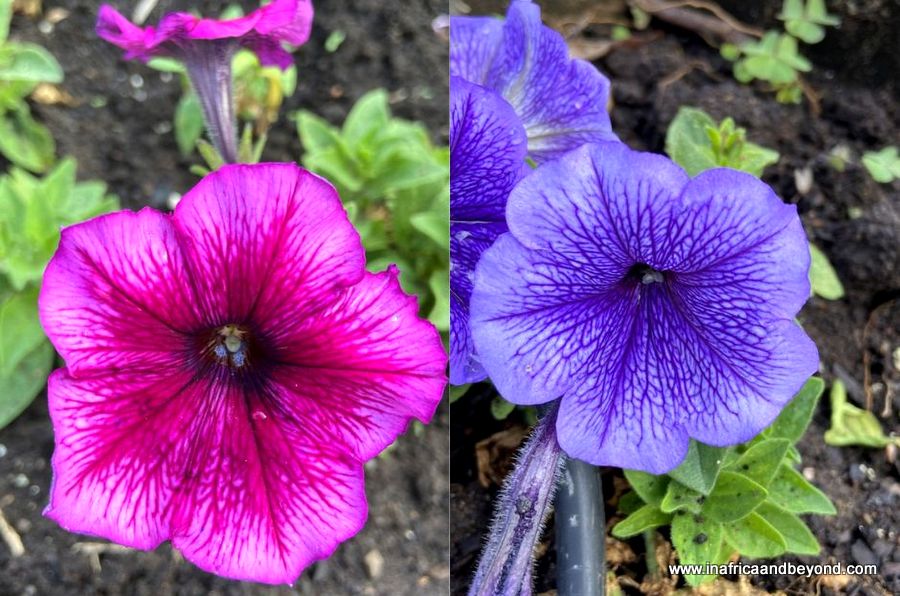 Whereas most of South Africa’s other botanical gardens pride themselves on their indigenous plants, more than 90% of the trees and plants here are foreign as they were accumulated from around the world during Durban’s early days for possible commercial use. The gardens have museum status granting them permission to keep these plants, and the subtropical climate ensures that plants from countries with similar climates thrive.

A tour of the Durban Botanic Gardens 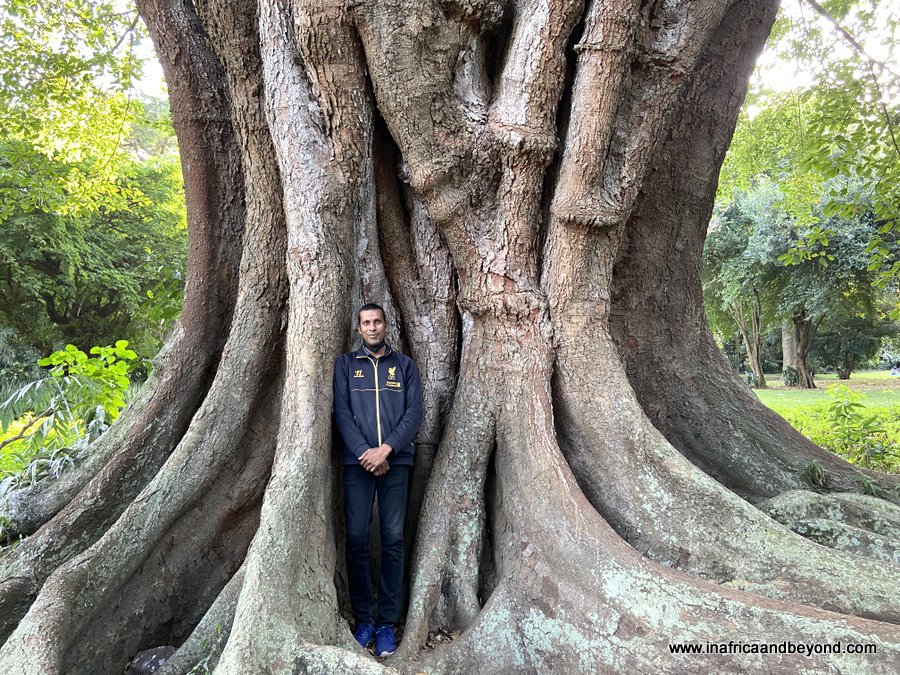 Vishnu in front of a huge fig tree

Upon arrival, we were welcomed by Vishnu Moodley who introduced himself as the best tour guide in South Africa. My husband laughed at this self-praise but by the end of the tour he conceded that Vishnu may have a point. Vishnu proceeded to tell us some fascinating facts about the garden as he showed us photos on his phone to confirm what he was saying. We were hooked. His sales pitch was so good that we signed up for his tour promptly, hopped onto his golf cart and began the tour of the gardens.

Here are 11 things to see at the Durban Botanic Gardens

1. The rarest cycad in the world 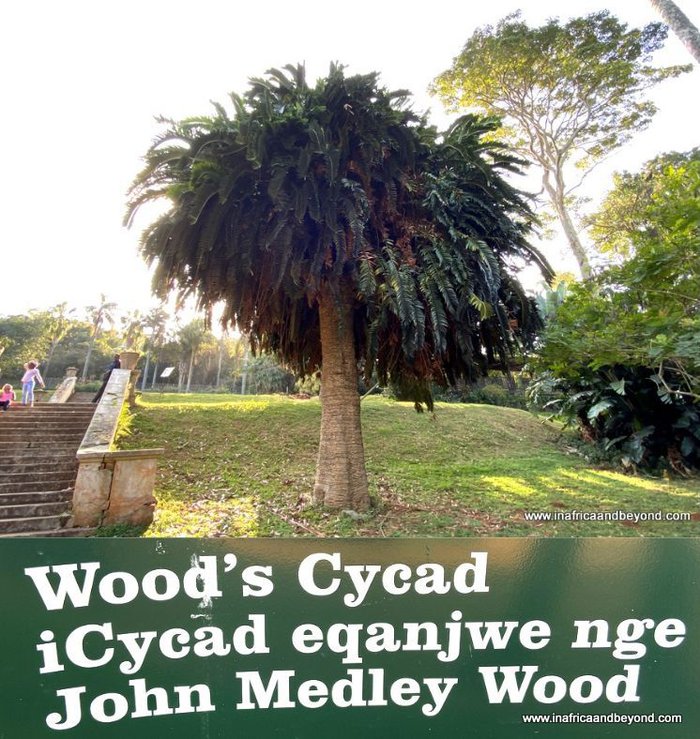 The gardens have one of the world’s best collections of cycads in terms of size and age. The most valuable one is Wood’s Cycad, also dubbed “the loneliest man in the world” or “the last man standing”, because it is the only remaining natural specimen of its kind, making it the rarest cycad in the world.

Over 360 years old, the male cycad was found in the Ngoya Forest of Zululand by botanist John Medley Wood, who was also a curator at the Gardens. It has been cloned a few times from offshoots of the original but the clones are also male. Some have been sent to gardens in other countries including Kew Gardens in London. These precious plants are micro-chipped and under 24-hour surveillance. According to Vishnu, horticulturists come from all over the world to visit the original Wood's Cycad, often becoming emotional and crying when they finally see it.

2. The walking tree from India 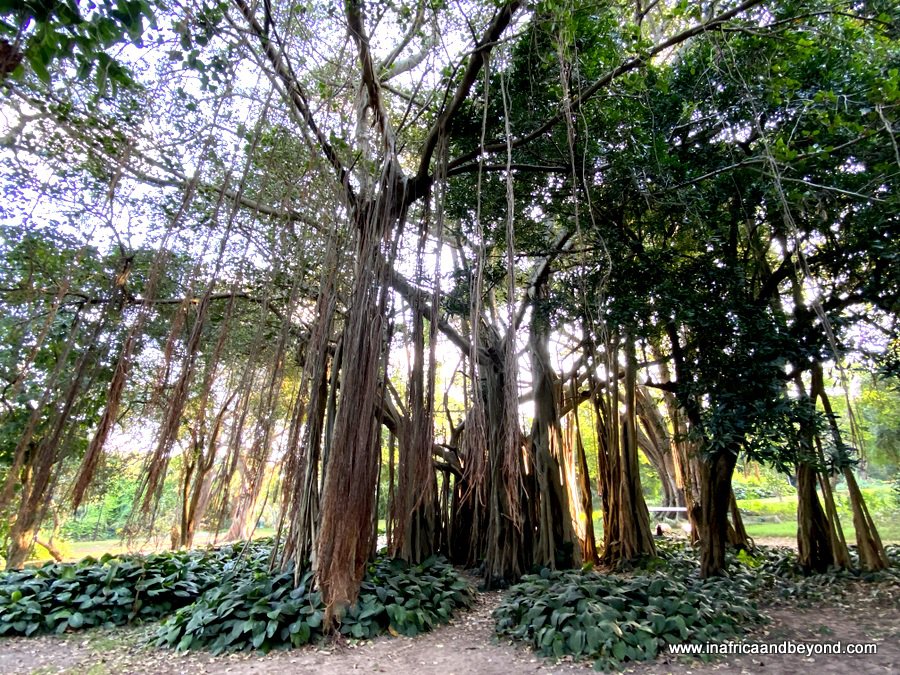 The Walking Tree from India aka The Fig Banyan

This is a banyan fig tree from India which produces aerial roots that grow downwards. Once they get to the bottom, they anchor in the ground and start growing and thickening to the point that they become independent of the original trunk, sometimes spreading across great distances. Thus, the tree doesn’t really die. The roots have to be trimmed regularly or else they will kill other plants in their path as they spread, by cutting off their water supply. The largest banyan tree in the world is located near Kolkata, India. It is more than 250 years old, spans 3.5 acres and is over 80 feet tall.

3. The plant that “falls asleep” when touched 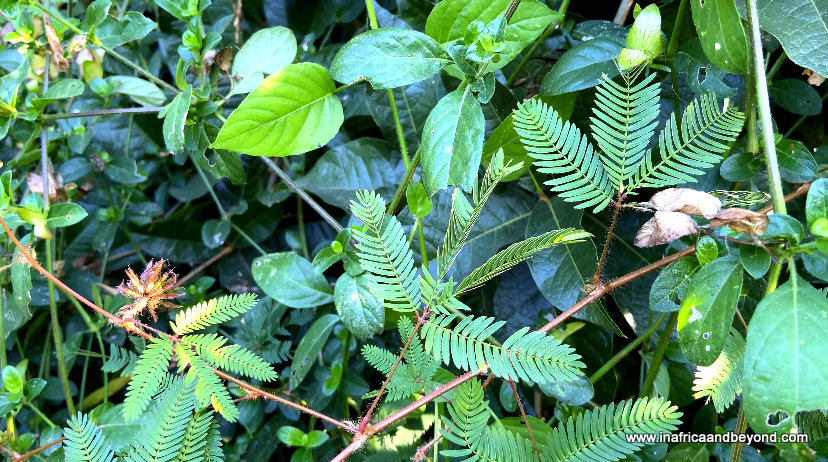 The plant that “falls asleep” when touched

The mimosa pudica, also known as the “touch me not” appears to fall asleep when touched, even gently, due to its defence mechanism. We enjoyed touching it and watching the leaves shrivel up. (They do return to their original shape after a while).

4. The tree that changes colour 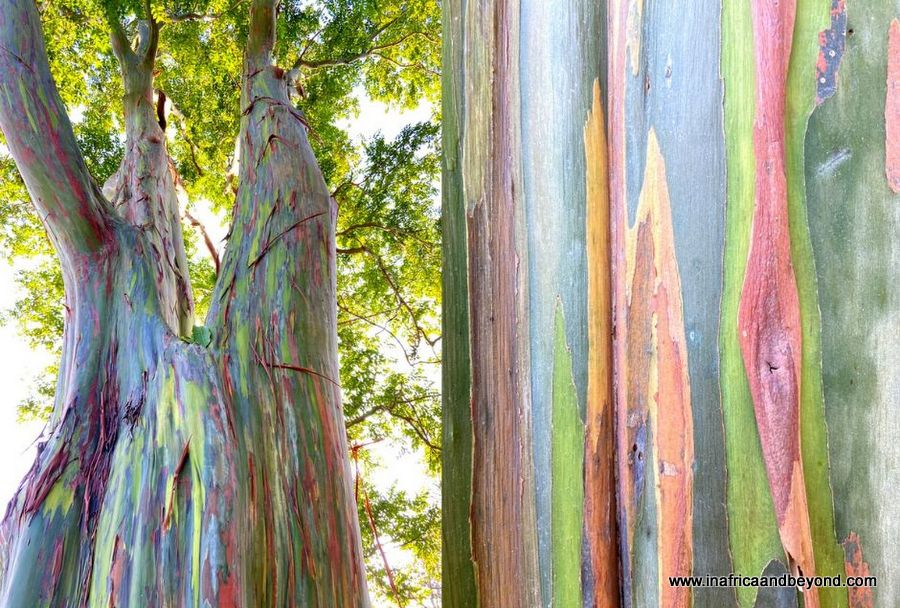 The tree that changes colour

The rainbow eucalyptus or rainbow gum hails from New Guinea. The smooth bark of this tree resembles a beautiful work of art as it sheds in colourful strips, revealing streaks of green, purple, red, orange and brown which change constantly. It consumes around 100 litres of water a day. 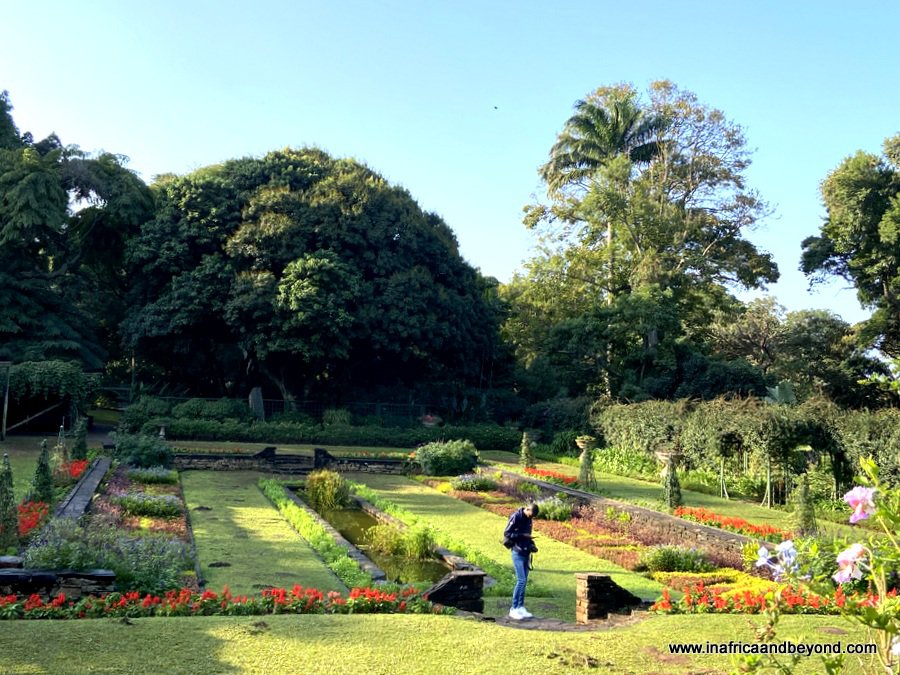 This is a beautiful English-style sunken floral garden which dates back to 1934. It was built by unemployed voluntary workers who were victims of the Great Depression. Sunken gardens help conserve or divert water and keep plant roots cool. 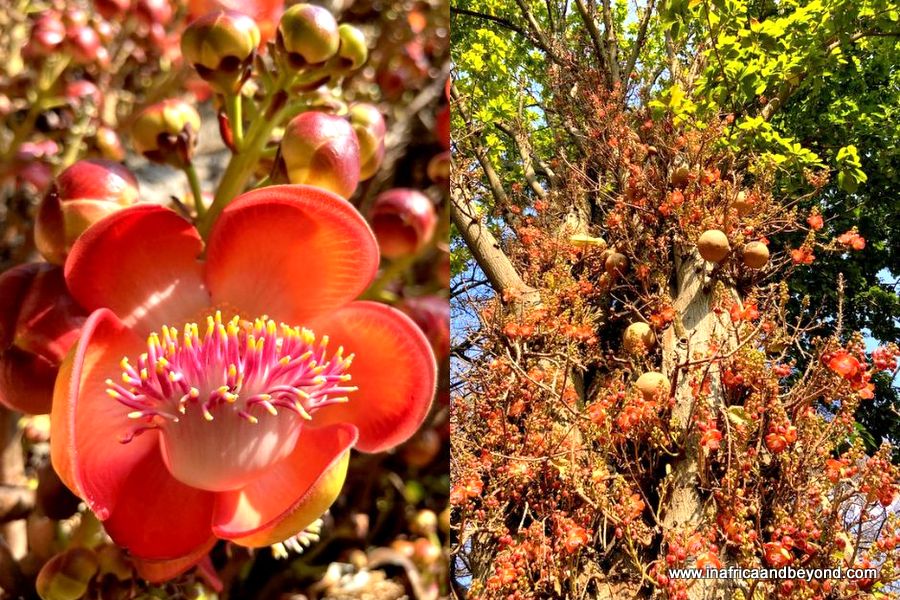 This evergreen tree from Guyana bears fruits that look like cannon balls and release an unpleasant odour when they fall on the ground and break open. However its flowers are striking with a pleasant aroma.

7. The pod mahogany aka the climbing tree 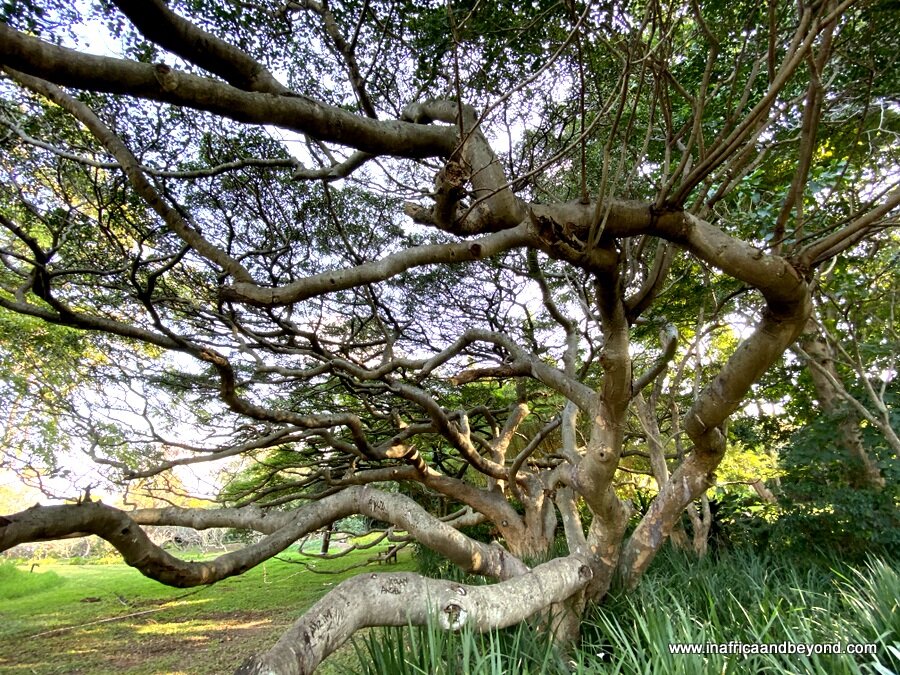 The pod mahogany aka the climbing tree

Described as “every child’s dream”, this tree’s low-hanging branches stretch in every direction, making them fun and easy to climb. It is over 126 years old. 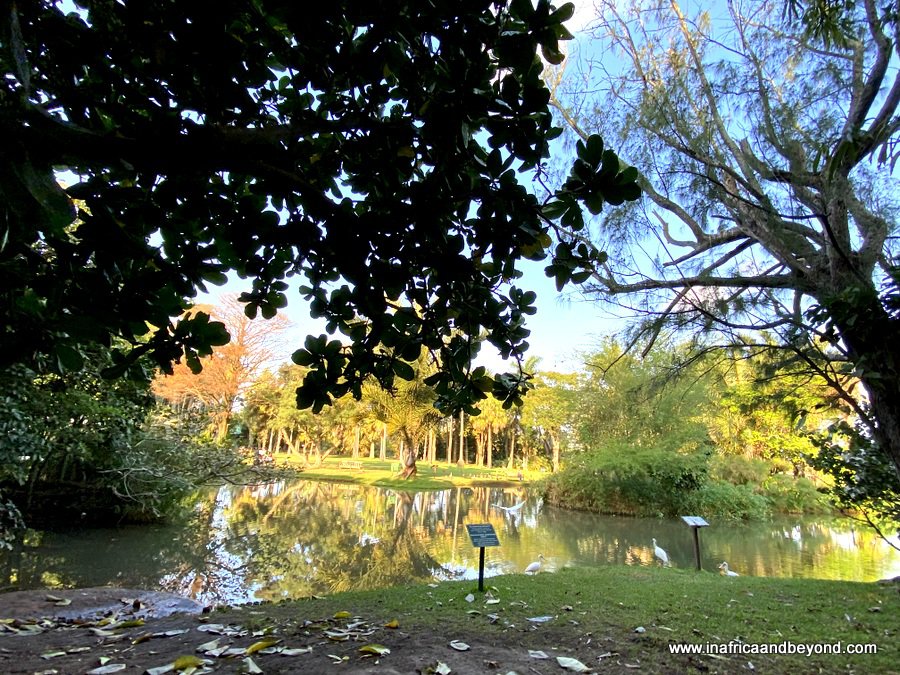 The picturesque lake is fed by a natural spring where elephants once drank. Birders love this lake as many aquatic bird species can be seen there apart from the ubiquitous Egyptian geese. 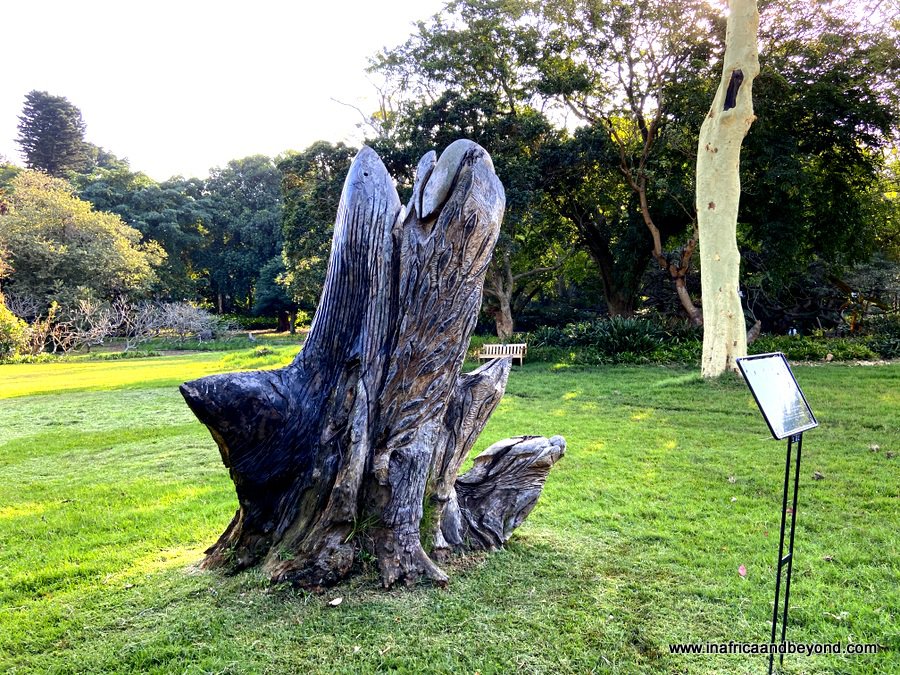 These are trees that have been sculpted into works of art, like this one titled “The Greatest Shoal on Earth”.

10. The Garden of the Senses 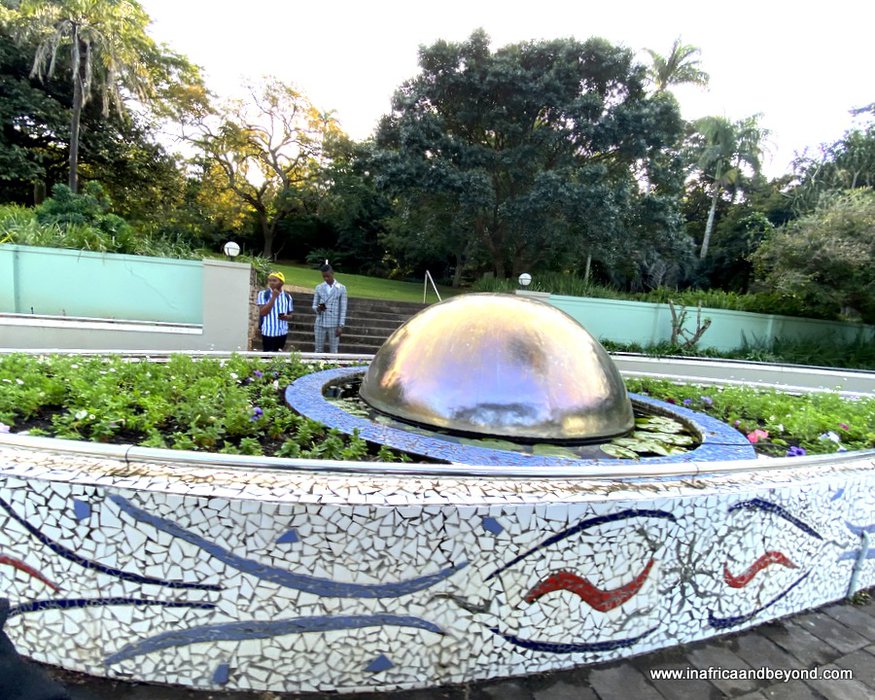 This section is a treat especially for those that are visually impaired. We touched the velvet elephant leaves, and smelt herbs and spices, like the cinnamon tree from Sri Lanka. 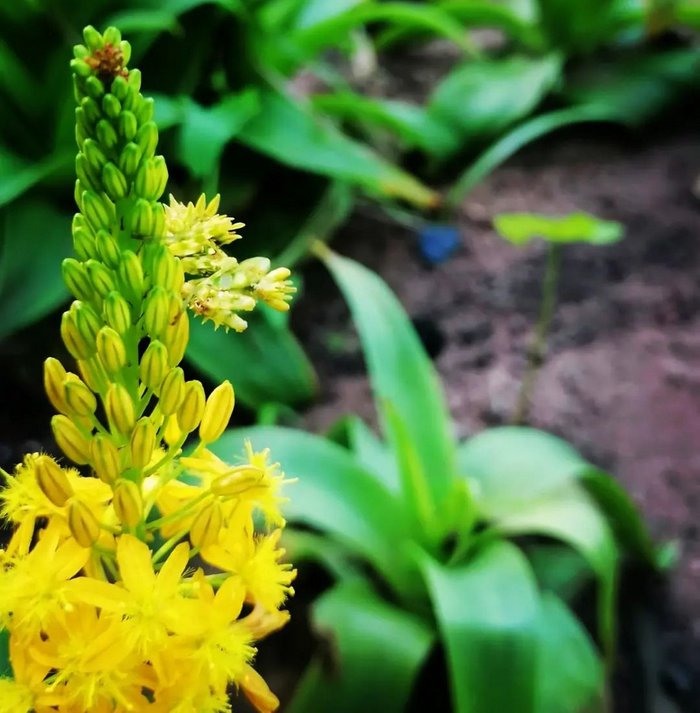 Can you spot the flower mantis? (Photo: Vishnu Moodley)

The flower mantis is a species of praying mantis that takes on the colour and characteristics of flowers in its surrounding habitat. You are not likely to see it unless it is pointed out to you by a guide. We saw a yellow one that blended in so well with the flowers that it was hard to see even after it was pointed out to us.

We also saw the kissing tree, the elephant foot tree, the capoc tree, the jackfruit tree and magnificent fig trees. 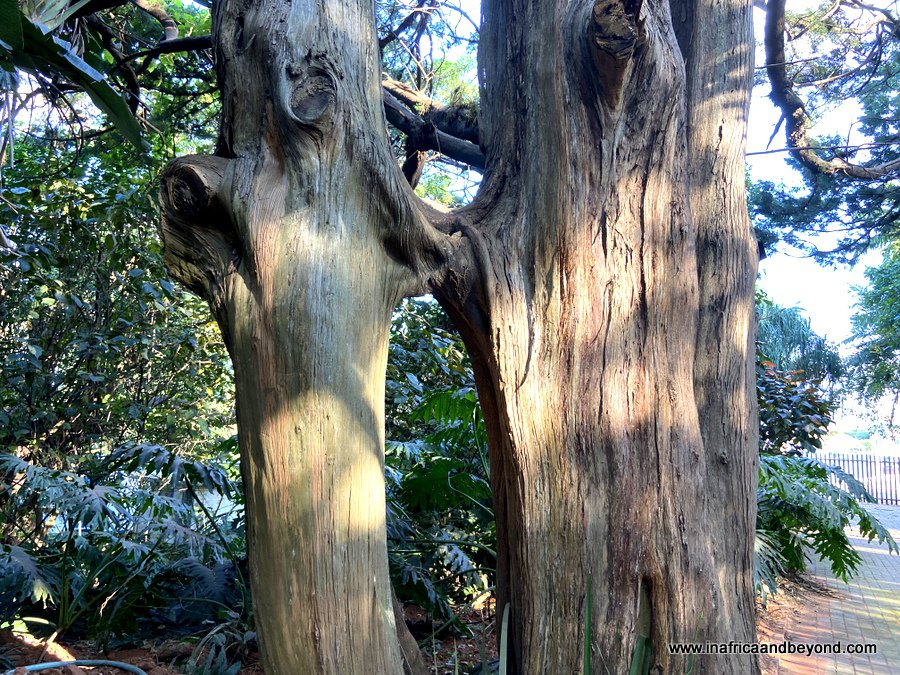 Entrance to the garden is free but there is a fee for guided tours. You can do a 30-minute or 60-minute tour. To get the full benefit of your visit I highly recommend the guided tour as you probably wouldn’t know where to find the various plants. Vishnu certainly was one of the most entertaining tour guides we’ve ever had. He kept the tours interactive by asking us questions and getting us to feel and smell plants, and he had us in stitches with his jokes and anecdotes. He also showed us where and how to get the best photos. 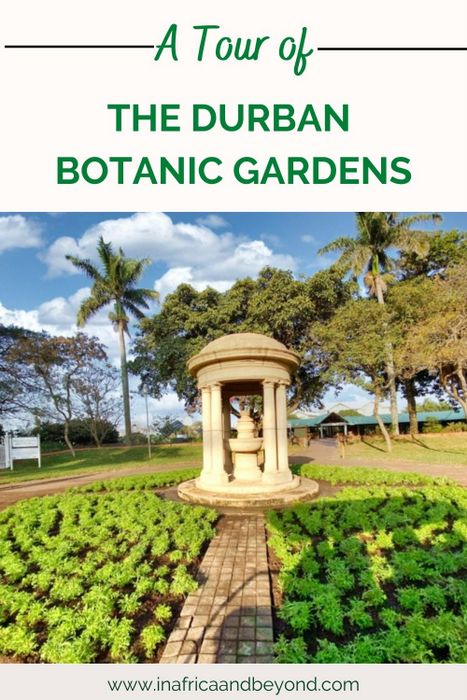