14 Best Things To Do In Durban with kids 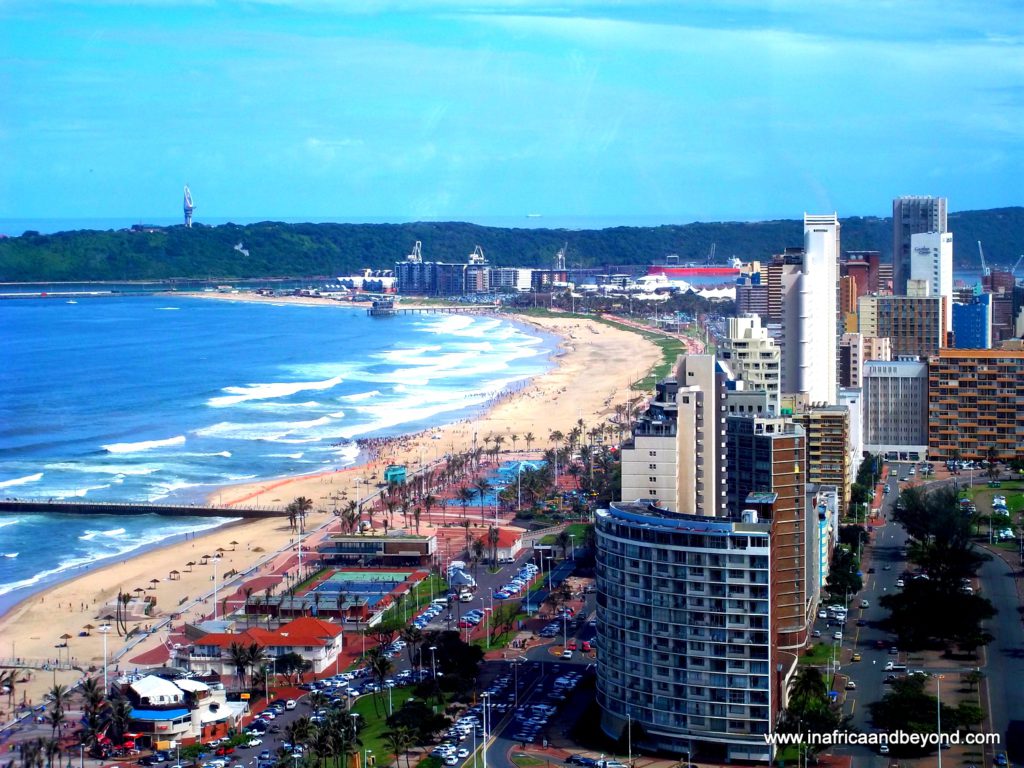 The Best Things To Do In Durban

Durban is the largest city in the province of KwaZulu-Natal and the third largest city in South Africa. It is known for its beautiful beaches, warm weather, and vibrant culture. There are many things to do in Durban with children or without them, making it a great place to visit for a fun and relaxing vacation. We love the holiday ambience there.

Durban has a long and rich history dating back to the early days of the Zulu Kingdom. The city was founded in the early 19th century by British settlers and was named after Sir Benjamin D’Urban, the then Governor of the Cape Colony. Durban quickly developed into a thriving port city and was soon one of the busiest in the world.

Today, Durban is a modern and cosmopolitan city with a diverse population and one of South Africa’s most popular and family-friendly holiday destinations – with good reason too. It’s warm all year round, the people are friendly, it’s affordable for those on a budget and it’s got a great location along the shores of the Indian Ocean.

Swim or surf in the warm Indian Ocean water, or just chill on Durban’s extensive coastline of golden beaches that form the Golden Mile. 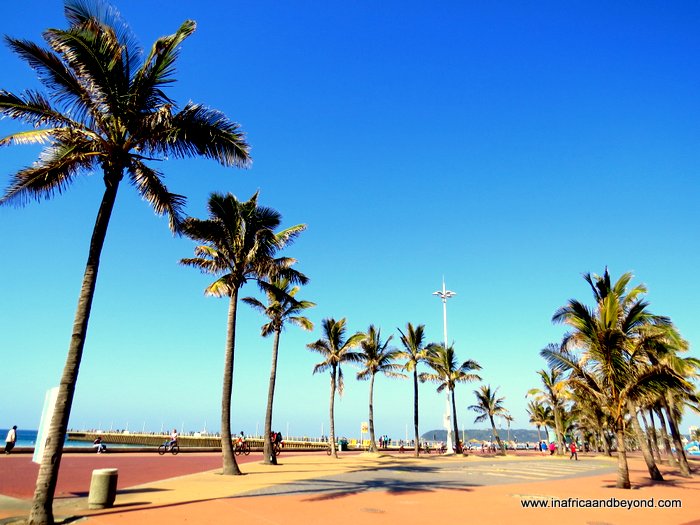 Buy beach toys from the craft markets and build sand castles or play with a frisbee on the beach. 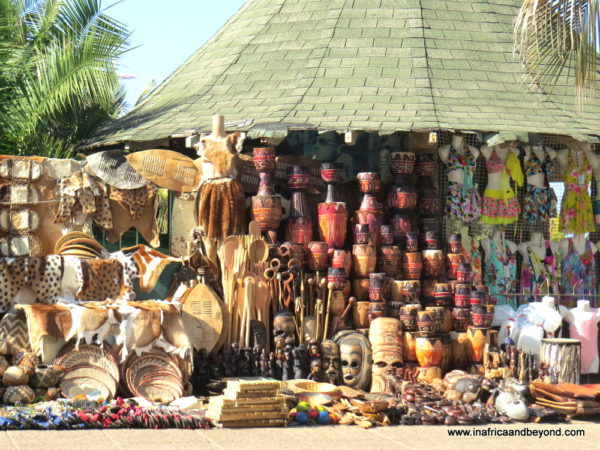 Go on a Segway tour or a colourful rickshaw ride – or ride a bicycle - on the beachfront promenade. 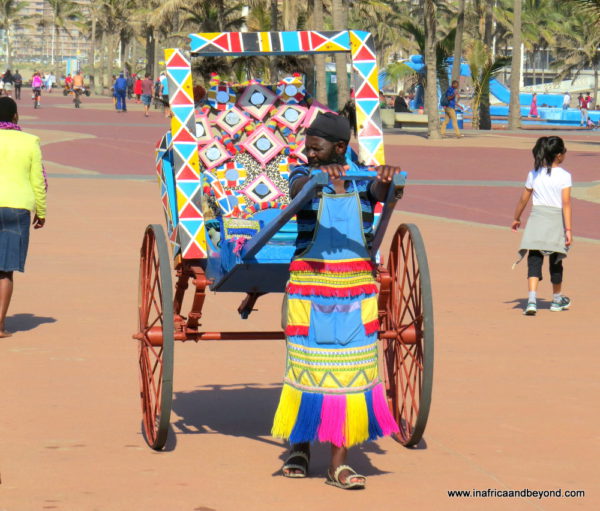 Walk along the promenade and admire the work of the talented beach sand artists while enjoying a refreshing ice-cream. Take a walk on the piers. You may spot dolphins, whales or sharks. We saw a stingray! 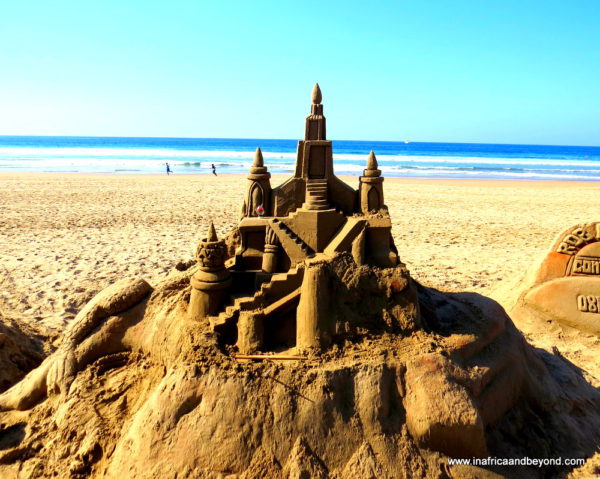 Take the children to Funworld, a beachfront amusement park where they can enjoy the rides and go on the cable car. 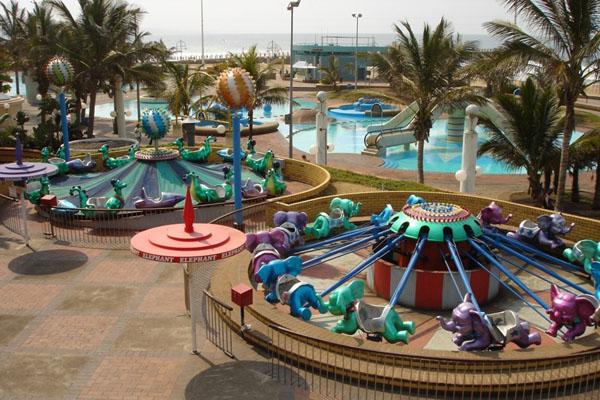 Mini Town is another must-visit attraction in Durban with kids. It is a Lilliputian version of Durban with miniature versions of prominent landmarks in the city. There are great (Godzilla-style) photo opportunities here and the kids will love running following the moving boat and train. 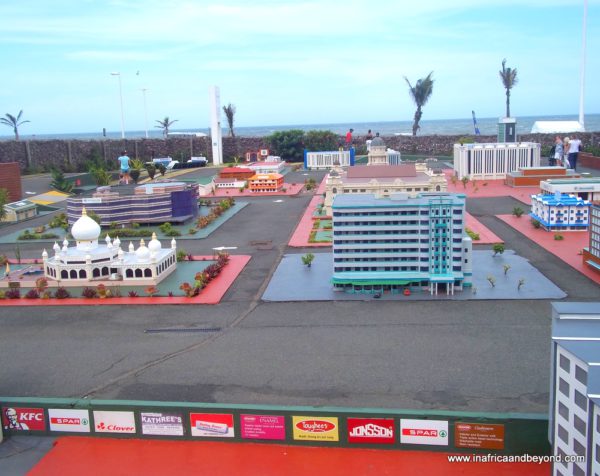 Ushaka Marine World is Africa’s largest marine theme park housing the seventh largest aquarium in the world. Plan to spend the whole day here as the children will never get enough of the fun water slides and rides.

This one is for the older kids and the parents. The stadium was originally built for the 2010 FIFA World Cup. It is now cleverly used as a venue for adrenalin pumping activities like the Big Rush Big Swing, officially named the world’s tallest swing. You can also take the high-tech sky car up the grand arch to the viewing platform at the top where you can get panoramic views of Durban. 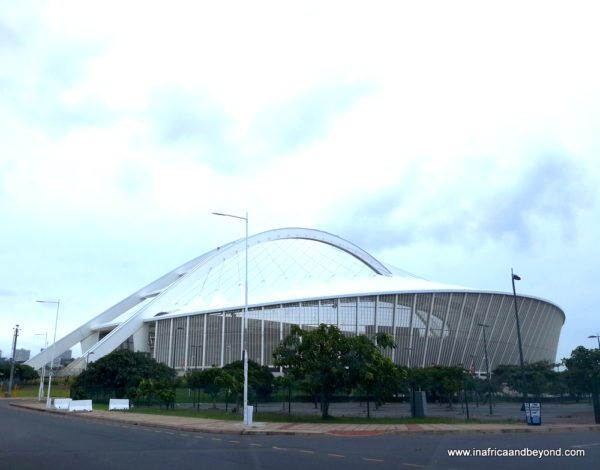 Eat a bunny chow – hollowed out bread filled with a spicy curry filling. The humble bunny chow has its origins in Durban but its fame has spread the world over. In fact, I even saw a bunny chow restaurant in Soho, London. And yes, kids love bunny chow too. 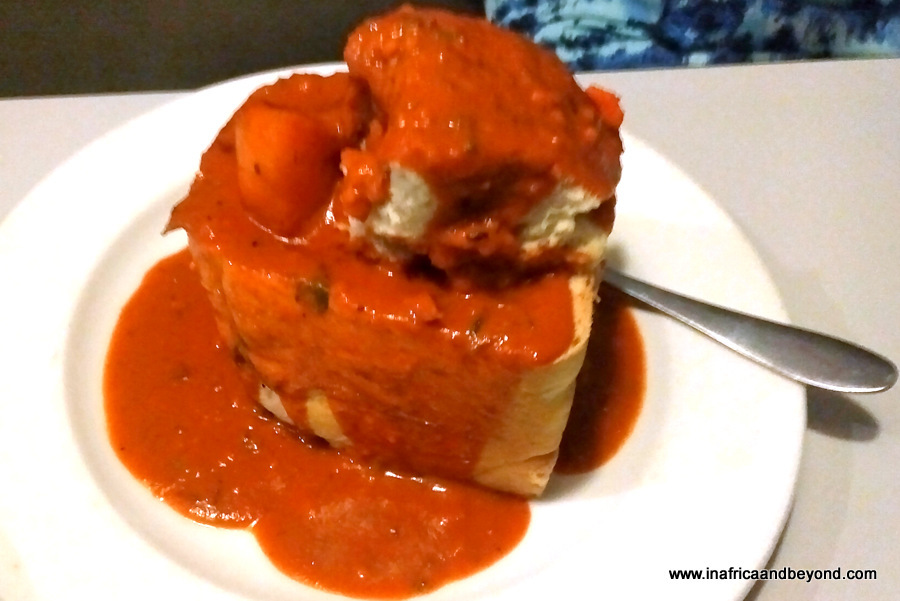 Johannesburg and Cape Town have the City Sightseeing Bus. Durban has the unique Ricksha bus. Hop on one with the kids and see Durban’s major attractions from the comfort of your bus on a scenic 3-hour tour. 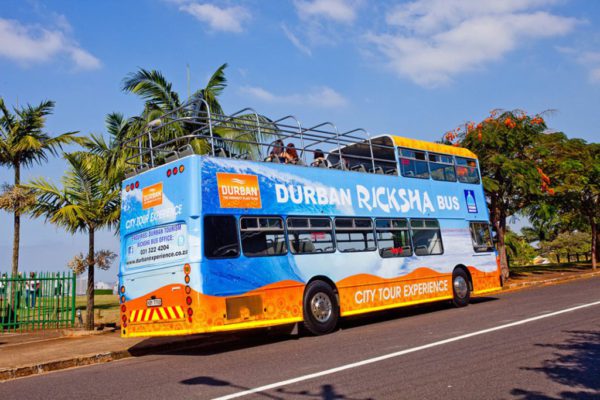 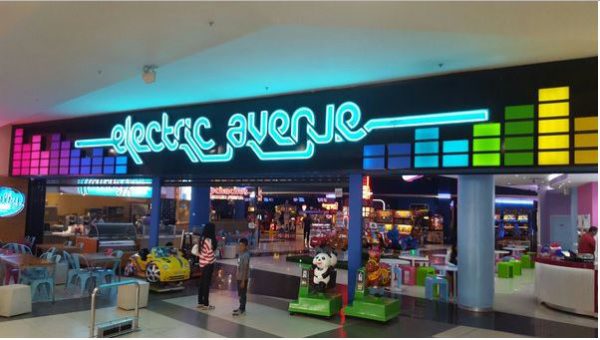 Umgeni River Bird Park is a haven for bird lovers. Set in lush gardens it features some critically endangered birds and a free-flight bird show. 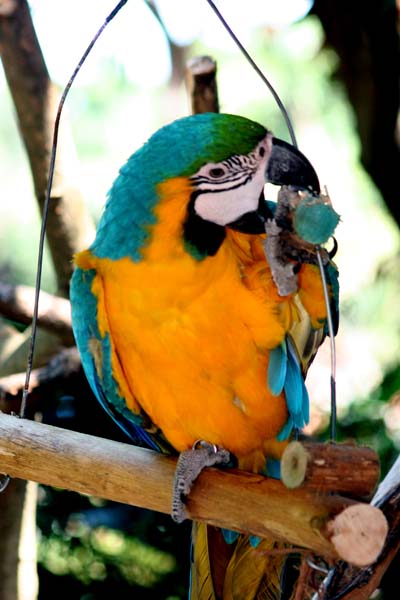 For something totally different, visit The Huletts Sugar Mill for a sugar terminal tour. The terminal consists of three enormous arched silos housing more than half a million tons of sugar. You get a video presentation and a guided tour of the terminals. The “wow” moment is when you see the huge mountain of sugar. The children will be awestruck. 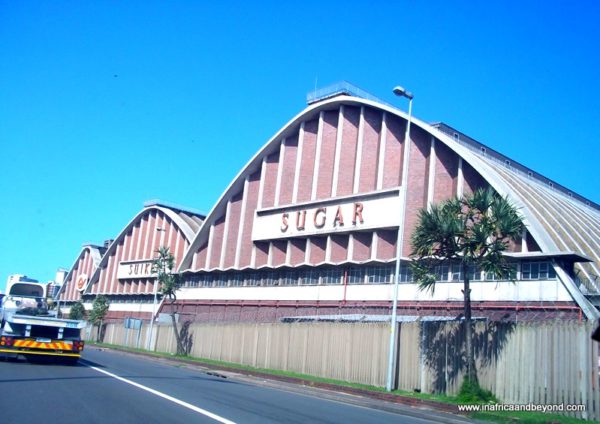 The Durban Botanic Gardens are the oldest surviving botanical gardens in Africa and one of the most fascinating ones I've ever visited. They are home to the rarest cycad in the world, the tree that changes colour, the walking tree from India and several other fascinating treasures.

Durban’s slogan is “The Warmest Place to Be”. So head over there with your family and experience its warmth.

Looking to spend the night? Check out the best hotels in Durban .

What are your favourite things to do in Durban with kids?

This Blogathon was created by Travel Concept Solution 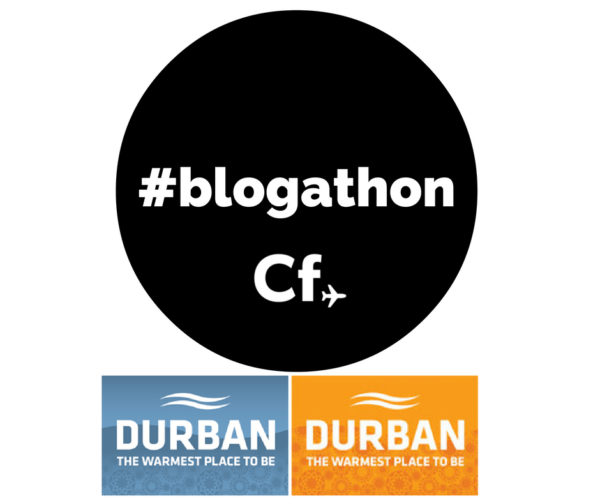