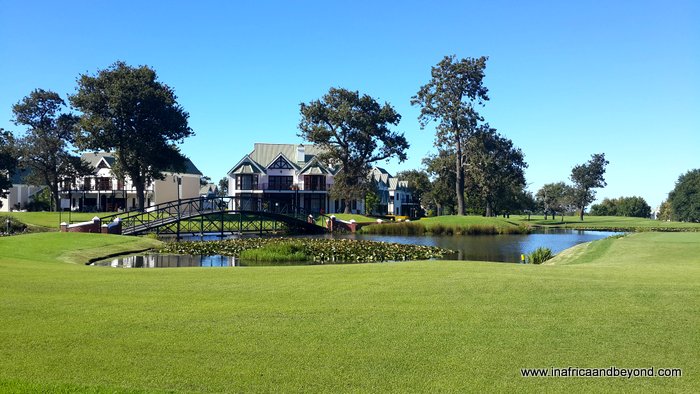 If you are a golfer, or married to one as I am, then you may know that Fancourt Hotel and Country Club Estate is a golfer’s paradise. With three championship Gary Player golf courses consistently rated in the Top 20 Golf Courses in South Africa, it is easy to see why. 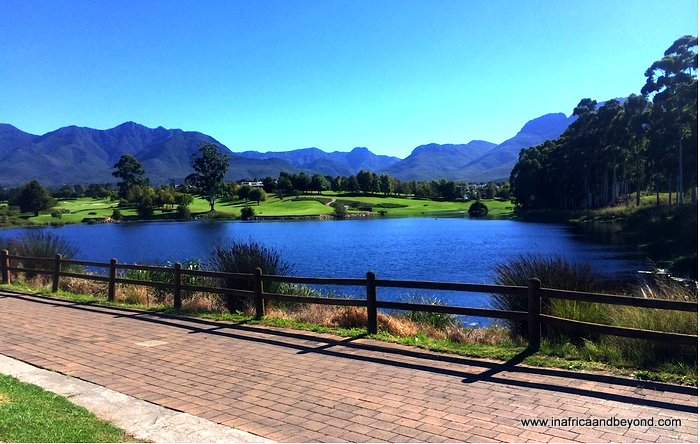 What you may not know is that Fancourt Hotel is also a children’s paradise. With numerous sporting facilities and a leisure club including a heated pool, a Jacuzzi, indoor and outdoor playgrounds, a private cinema, and a chill-out lounge featuring indoor games and gaming consoles, they are unlikely to get bored. During the school holidays, there are structured programs which include activities such as outdoor treasure hunts and origami. Parents can leave their little ones at the Kidz Club in the care of the qualified staff members while they enjoy the golf and spa facilities in peace. 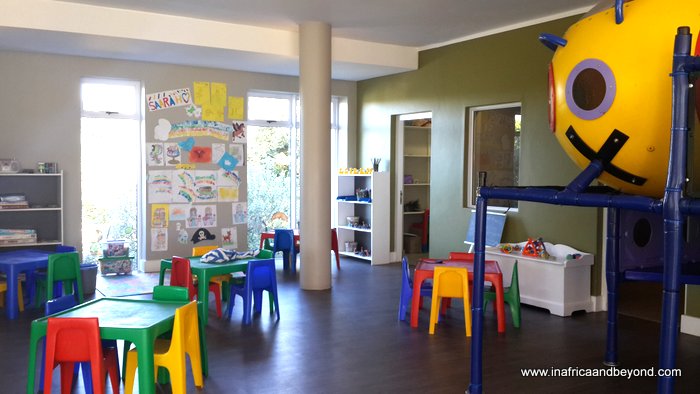 Nestled at the feet of the magnificent Outeniqua Mountains, in the heart of the scenic Garden Route, the multi-award winning golf and lifestyle resort and member hotel of "The Leading Hotels Of The World”, spans 613 hectares of picture-perfect beauty. It started off as a modest family home built in 1859 by Henry Fancourt White, a prominent engineer, and is currently owned by German billionaire Hasso Plattner, the co-founder of software giant SAP.

In 2005, Madiba’s 46664 concert was held at Fancourt and photos of the Plattners with Madiba grace the grand foyer. The Plattners are also involved in a number of charitable initiatives dedicated to uplifting the lives of South African citizens, as well as several environmental initiatives. 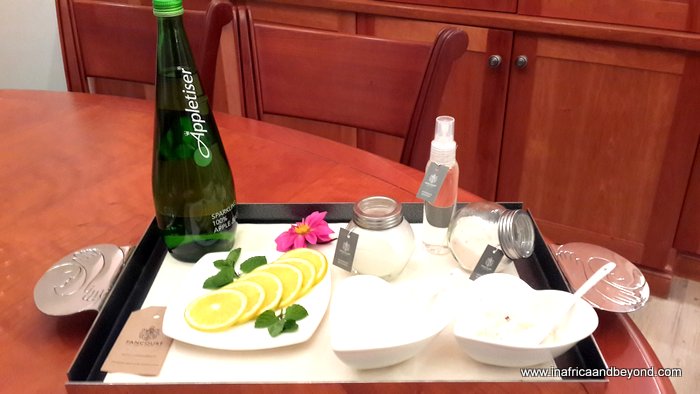 Fancourt is a 5-star luxury resort with 5-star service. You are treated like royalty from the moment you arrive at the opulent hotel and are welcomed with a warm towel and a cool drink, till the moment your flight departs, as you await it at the VIP Fancourt Lounge at George airport. The service is impeccable, from the chauffeurs to the caddies to the cleaning staff. You are wished “an excellent day” instead of just “a good day”. Staff anticipate your needs and wow you with their hospitality. 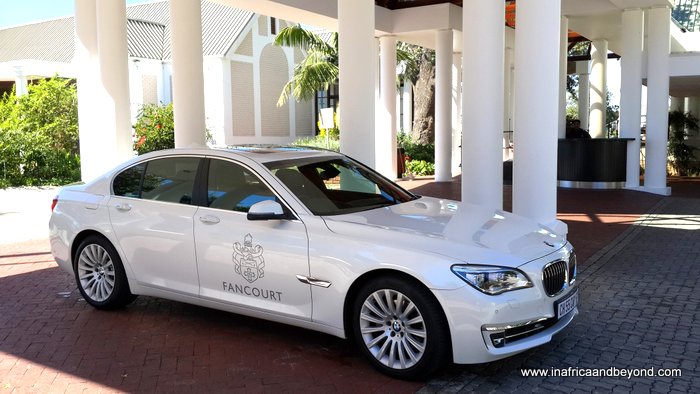 We expressed a desire to visit the beach and were provided with not only a chauffeur and a Fancourt BMW but also a beach umbrella, iced drinks and a decadent picnic basket catered to our dietary requirements. 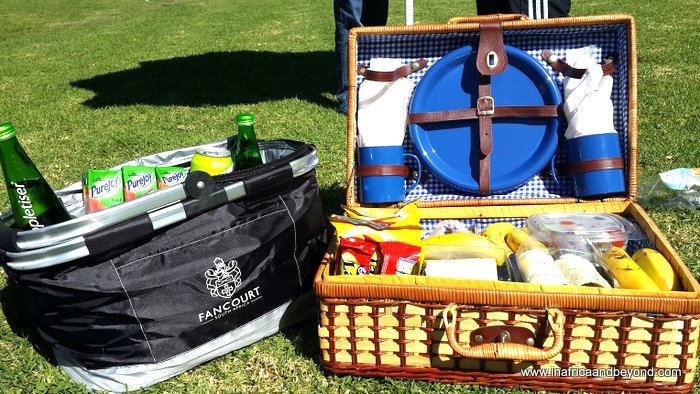 There are two accommodation options: the Manor House and the Fancourt Hotel. The 154-year old Manor House is a national monument that has been converted into a deluxe boutique hotel. Your stay there will include high tea in the afternoons, a 24-hour butler service and a luxury courtesy car within a 10km radius.

The Fancourt Hotel consists of fully-equipped villas in the beautifully landscaped gardens. Both blend modern splendour and classic elegance – think luxurious towelling gowns for adults and kids and embroidered linen in your bedrooms and heated towel rails, bidets and underfloor heating in your bathroom. We stayed in a spacious two-bedroom suite that included a kitchenette, and an open-plan lounge and dining room. 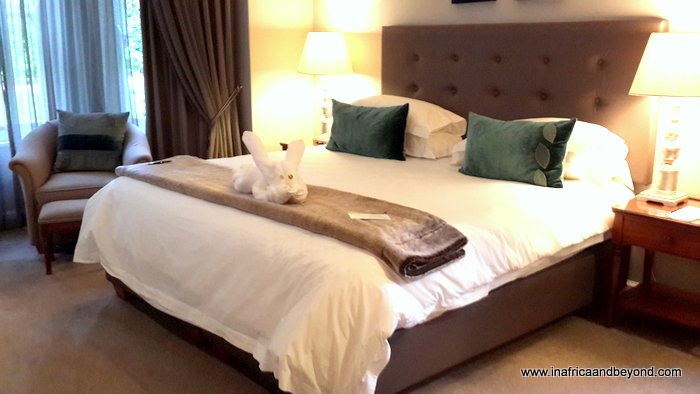 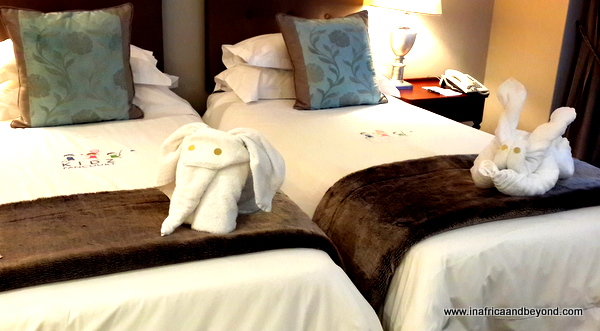 Our back door opened onto a patio with a semi-private garden. 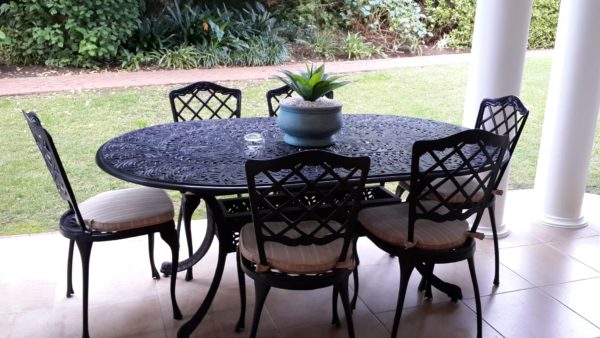 No review of Fancourt would be complete without mentioning the golf. Fancourt was named the world’s 9th best golf resort by CNNGO (CNN’s travel hub) in 2012. The exclusive Links course at Fancourt is one of the top two courses in South Africa and is ranked 34 in the world in the US edition of Golf Digest for 2013/2014. It is on every serious golfer’s bucket list and my husband is now delighted to be able to tick it off his. Fancourt also boasts a world-class golf academy where future golfing legends are made. 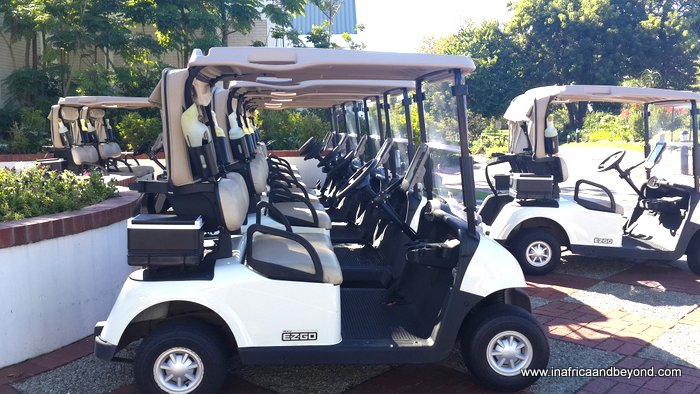 The acclaimed spa at Fancourt is where most non-golfers choose to bide their time in a most pleasurable way. It is also where many golfers go to have their aching muscles soothed away after a game of golf. The spa's defining feature is the Roman Bath area which has stunning vistas of the mountains, as do most of the hotel’s public areas. One can also enjoy the hydrotherapy rooms, sauna, steam room, tepidarium and hair salon or visit the adjoining boutique store for some retail therapy. 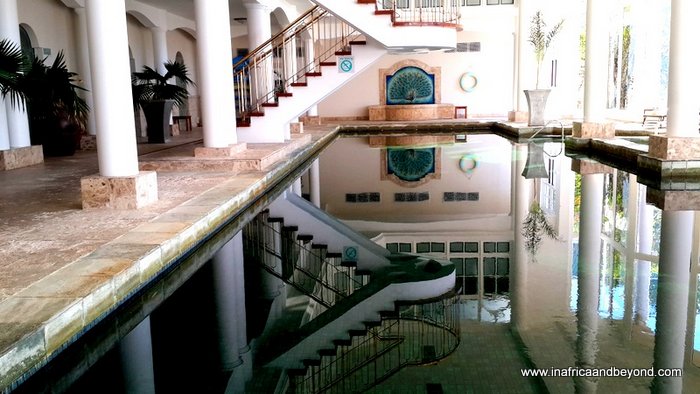 There are several restaurants on the premises, catering for different palates. We enjoyed a sushi lunch at the vibrant Morning Glory restaurant which has panoramic views of the mountains and the golf course. 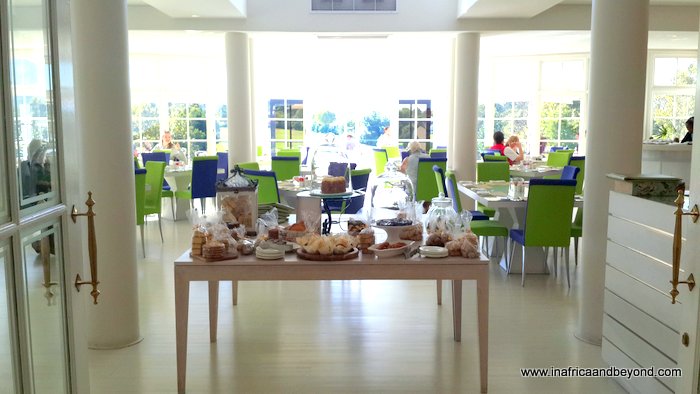 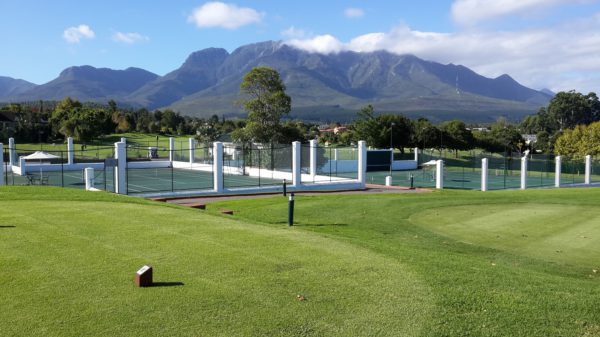 Breakfast and dinner were served at the Italian-themed La Cantina with its warm, rich decor and thought-provoking art on the walls. It featured an open kitchen with a clay oven where one could watch the chefs at work. The seafood, like the service, was superb.

There are golf carts to get around the estate but I opted to walk in order to better appreciate the breath-taking surroundings. Indeed, there are specially marked leisure walking trails to facilitate exploring the premises. And as you walk from the contemporary Fancourt Hotel to the historic Manor House, you will take a walk back in time to a bygone era where men wore panama hats and flowers in their buttonholes, and grand pianos played in the background as guests ate out of the finest silver.

It is said that the heart of Fancourt is now the clubhouse but the original Manor House will always hold its soul. The heart and soul of Fancourt will call you back again and again to the place truly deserving of its remarkable world-wide acclaim. 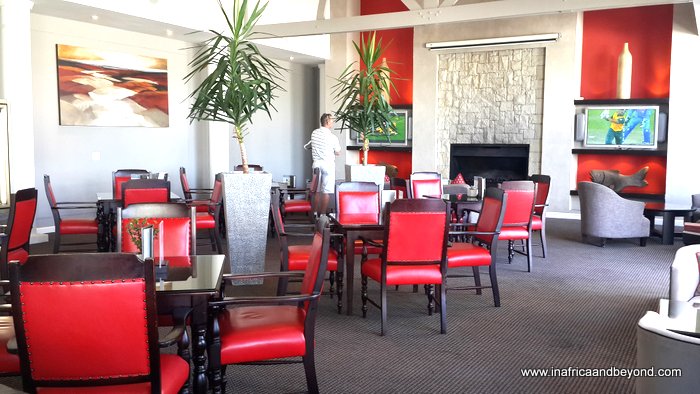 My family and I were guests of Fancourt in April 2014.