Getting to Rio De Janeiro 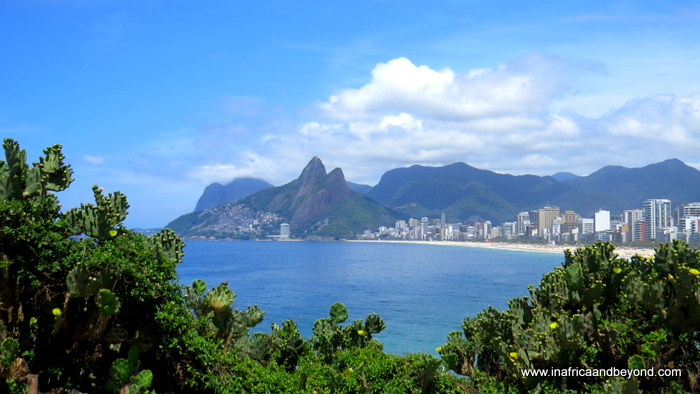 Getting to Rio De Janeiro

D-day had finally arrived. The day I had been planning for, for a good few weeks. Our flight was only in the evening, which was a good thing considering that I still had to do a few last-minute things - like go and fetch my phone from Vodacom, who had been frustrating me for almost a month with their poor service.

We got to the airport on time and had some delicious pizzas from Piece-a-Pizza, as well as salted caramel lattes from Haagen Dazs. As we were checking in at the boarding gate, the gentleman in front of us had just been informed that his flight had been upgraded to business class and he was complaining because he wanted to sit in his aisle seat in economy class. Go figure! The people around him, including me, told the airline staff that we would be happy to have his seat, but we didn't have any luck with that.

Emirates Flight EK764 was supposed to leave Johannesburg for Dubai at 18:50. After we found our seats, a scraggly blonde woman approached our seats and asked my daughter if there was space in the overhead cabins. There was an empty seat next to my daughter so we assumed that she was going to sit there. My daughter replied that she didn't know. The woman opened one of the cabins, and placed her stuffed backpack in there. After a while, we noticed that she wasn't sitting there anymore. The airline crew also realised that she was missing and began a very long drawn out process of identifying her baggage and any other baggage without an owner.

Our paranoia kicked in and we wondered what prompted someone to leave their bag in an aircraft and disappear. It couldn't be anything good. We finally left at 19:55, over an hour late. Fortunately, we landed without incident in Dubai after 7.5 hours.

After a quick visit to the bathrooms and the currency exchange bureau, we boarded the second leg of our flights to Rio. I used the time on the plane to catch up on my TV series watching, namely “Big Little Lies”. The kids were given age-appropriate activity packs and slept only towards the end of the flight, as they usually do.

Our flight for Rio left at 07:10 UAE time. The aircraft to Rio was more modern than the one from South Africa and had a better entertainment system. Our pilot happened to be South African and I was surprised to see South African movies playing on board like “Keeping up with the Kandasamys” and “Vir die Voels”. We also took advantage of the free 20 MB internet in the sky to WhatsApp family back home.  The airline staff fed us at regular intervals. The worst part, however, was trying to sleep on the plane. I gave up after some short bouts of poor quality sleep. resigning myself to a day of feeling terrible.

We got to Rio De Janeiro just over 14 hours later, stiff and tired. Another passenger collapsed and had to be taken away on a stretcher. Apparently, he had heart problems though.

Outside the airport, we hailed a taxi to take us to our hotel in Copacabana, which I had booked on Booking.com. On the way our taxi driver pointed out the favelas (slums) to us and told us that they were very dangerous. My first impressions of Rio were that it was very green and mountainous with many water channels in between.

At the hotel, everyone collapsed into bed and fell off to sleep for a few hours.