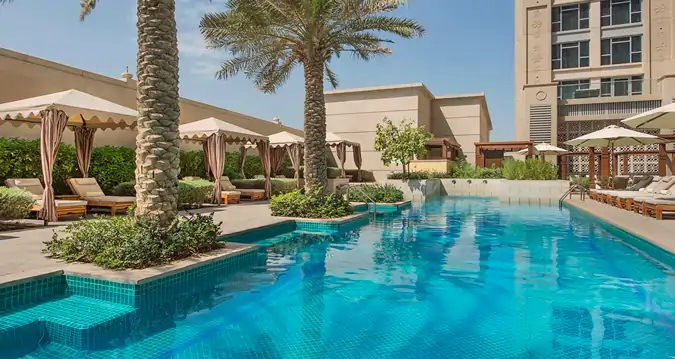 When it comes to family-friendly destinations, Dubai is one of the best cities in the world for a vacation. There are tons of things to do with kids there, and its ideal location on the globe makes it an easy, direct flight from most places. Al-Habtoor City is a huge development in this oasis, just 10 minutes away from the world’s tallest tower, the Burj Khalifa, and the world’s largest mall, the Dubai Mall. It is built along the banks of the beautiful Dubai Canal, which was constructed between 2013 and 2016, turning a large part of the city into an island. 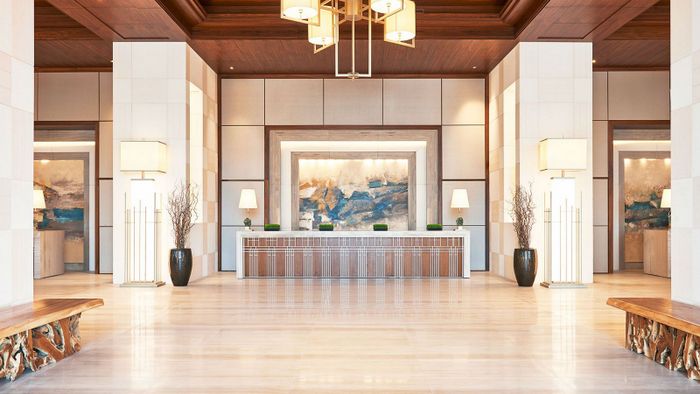 The complex is home to three luxurious hotels, including the award-winning Hilton Dubai Al-Habtoor city, where we stayed during our recent visit to Dubai. Previously operated by Marriott International as The Westin Dubai Al-Habtoor City, the hotel was rebranded in 2018, making it the largest hotel in Hilton’s Middle East and Africa portfolio. Being part of the Hilton group also means that guests can take advantage of Hilton Honors’ loyalty benefits. 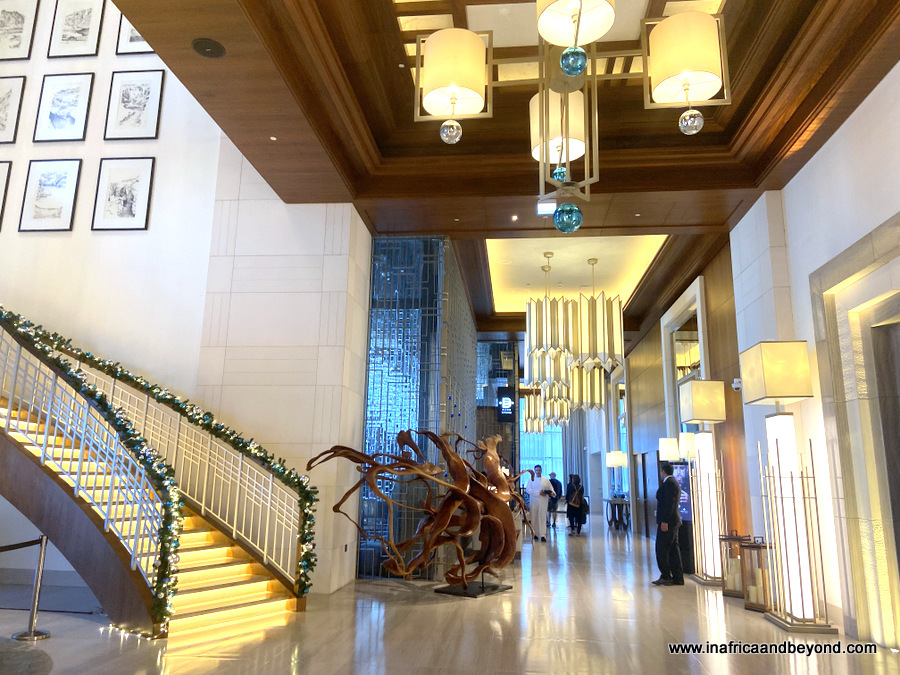 The hotel towers over Dubai with its 44 floors housing 1,004 guest rooms. Decorated in soft tones with art deco-inspired motifs throughout the property, it has a welcoming ambience. Most of the guest rooms are deluxe rooms which are ideal for 2 adults or 2 adults and a child. Inter-leading rooms are available for larger families. There are also suites which have separate living room and dining areas, and executive rooms which include access to the Executive Lounge. The rooms are equipped with Nespresso coffee machines, bar fridges and working desks. Bathrobes and slippers are provided too. 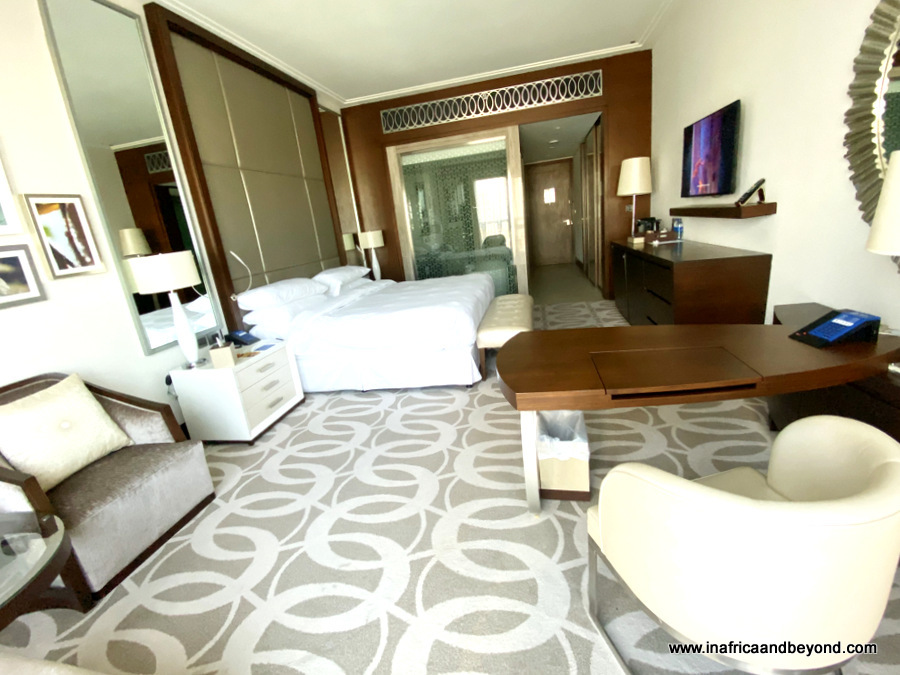 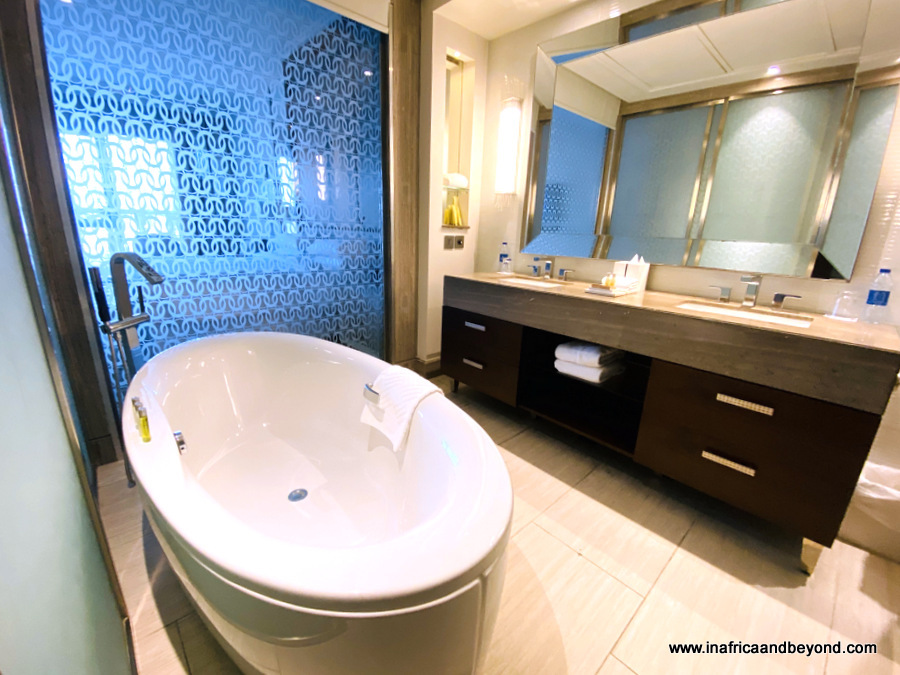 Floor-to-ceiling windows in the rooms showcase sweeping views of Dubai. Ours had great views of the Burj Khalifa, Sheikh Zayed Road, the longest road in the UAE, and the Dubai Canal. The cascading waterfall on the canal is illuminated at night and the colours change constantly, creating a picturesque sight. 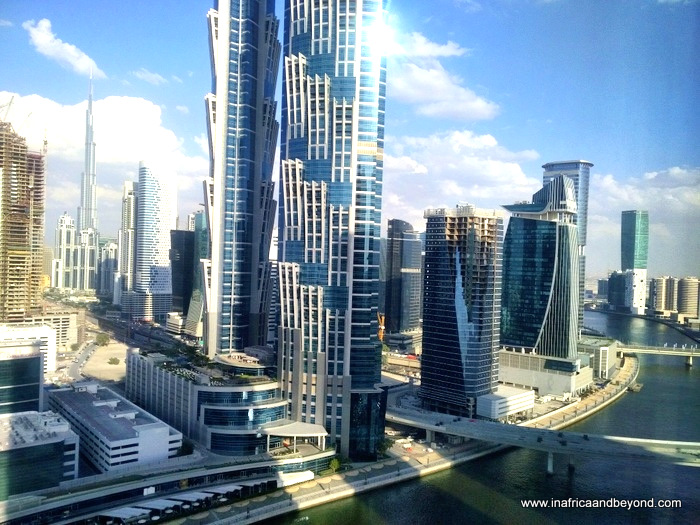 View from our room

The family-friendly hotel offers cribs for the little ones, children’s menus and high chairs in the dining areas, and a kids' club to keep them stimulated and entertained. There is a kids pool with water slides too. 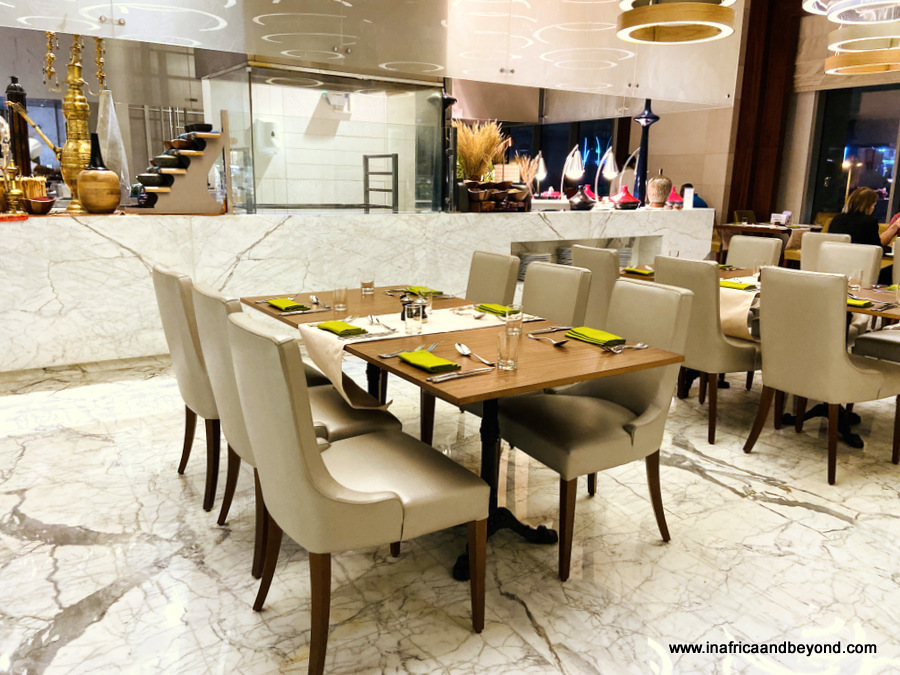 There are six dining options at the hotel, with many more in the Al Habtoor Complex. We had breakfast and dinner at The Market, which is perfect for families. The restaurant was one of the biggest hotel restaurants I’ve ever seen. At both meals, there were umpteen food stations representing different cuisines, including Chinese, Japanese, Indian and Middle Eastern dishes.

Talented chefs from around the world conjured up delicacies at live stations, as we watched. At breakfast, there were separate stations for eggs, pastries, cakes, fruits, health juices and much more, while at dinner, there were more than 20 types of starters, desserts and main courses each. We had a hard time choosing what to eat as there were so many mouth-watering choices available. 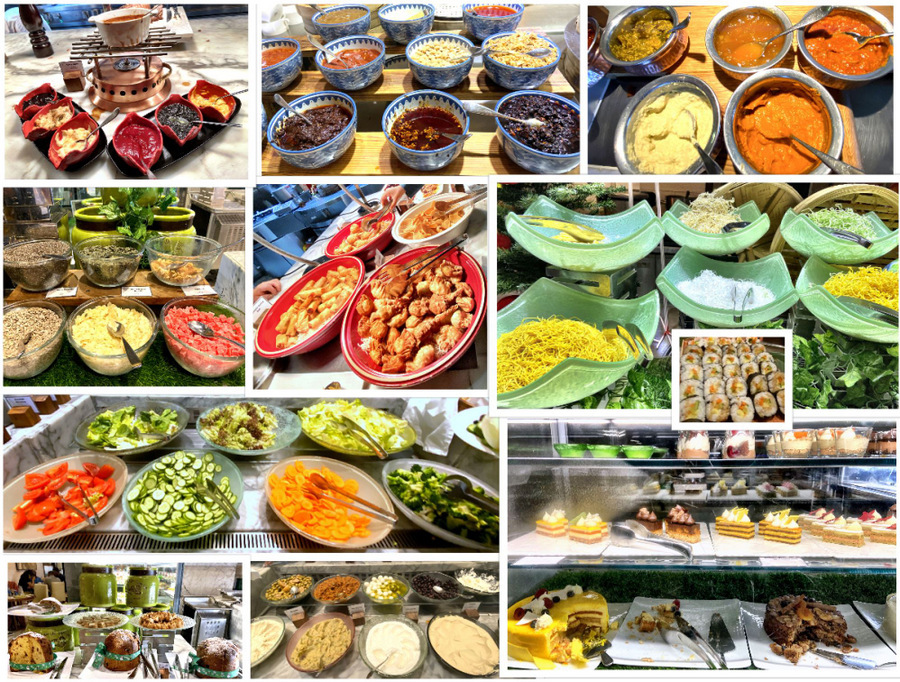 Food at The Market

The Elixir spa has 20 treatment rooms, divided into separate male and female areas. It also has sauna, steam room, and hammam facilities, hot tubs, sensory showers and heated loungers. There is a fitness studio/gym featuring state-of-the-art equipment and a dedicated yoga studio too. Other fitness facilities include a tennis court, walking and jogging tracks, a bowling alley and four rooftop pools including the kiddies pool. A complimentary shuttle transports guests to some of the most popular beaches and malls in Dubai as well as to the nearest Metro station. 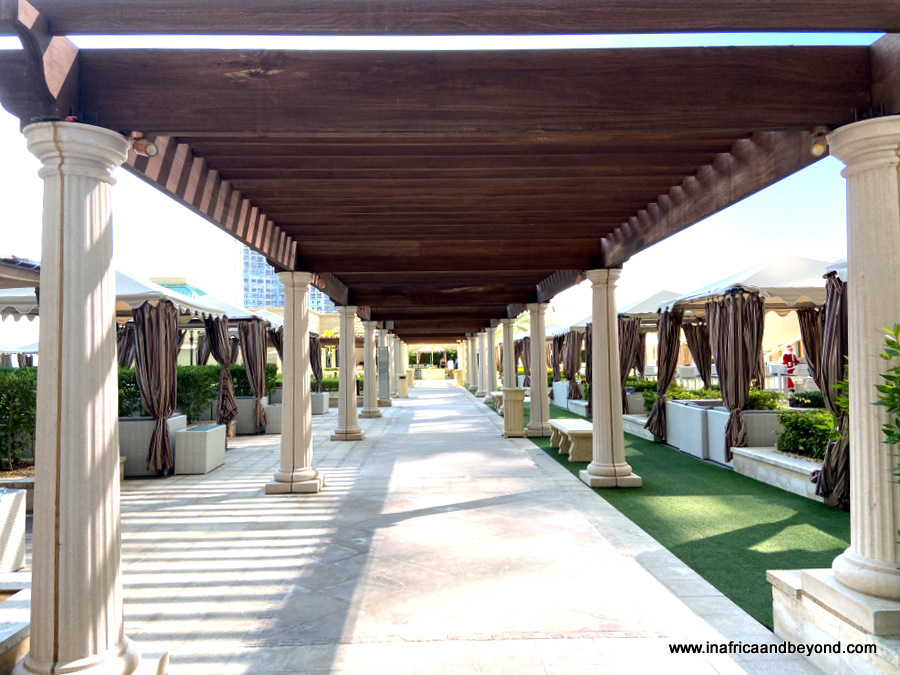 Al Habtoor City is also the venue for La Perle, a permanent live show in a state-of-the-art 1300 seat aqua-theatre. La Perle is masterminded by Franco Dragone who is also known for his work with Cirque du Soleil and Celine Dion. In less than six months, the show was ranked as Dubai’s number one show on Tripadvisor. We watched mesmerised as talented artists, death-defying stunts and amazing special effects combined to transport us to a magical world. 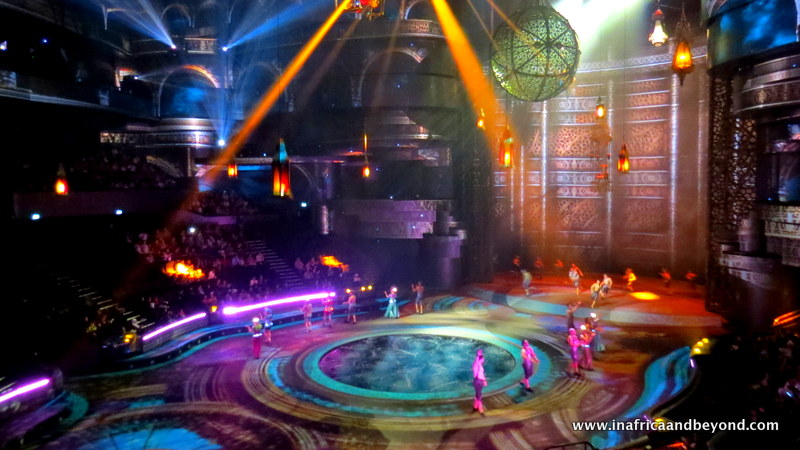 If you’re looking for a luxurious family-friendly hotel in Dubai, then the Hilton Dubai Al-Habtoor City is a great choice. 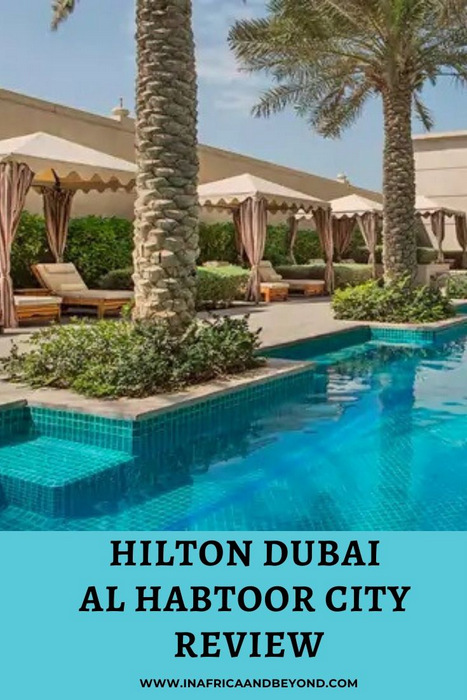