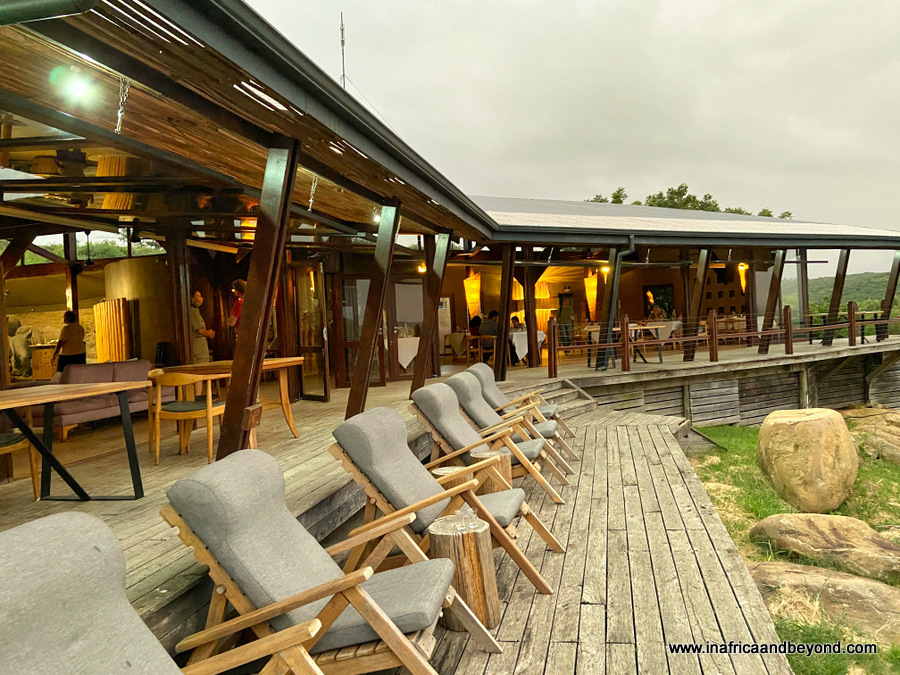 Camouflaged by the tall grass, the young lioness crouched, her lithe body taut. She was surrounded by zebras, warthogs, and white rhinos, and her eyes darted between all of them. They were close enough to observe but not to ambush – yet. We watched with bated breath as the zebras approached her unwittingly, certain that a kill was about to take place. She sprung forward, but alas, she wasn’t fast enough. The zebras spotted her and bolted like lightning. Our guide, Sinda, attributed her failure to nab her lunch to inexperience.  We were enthralled nonetheless. 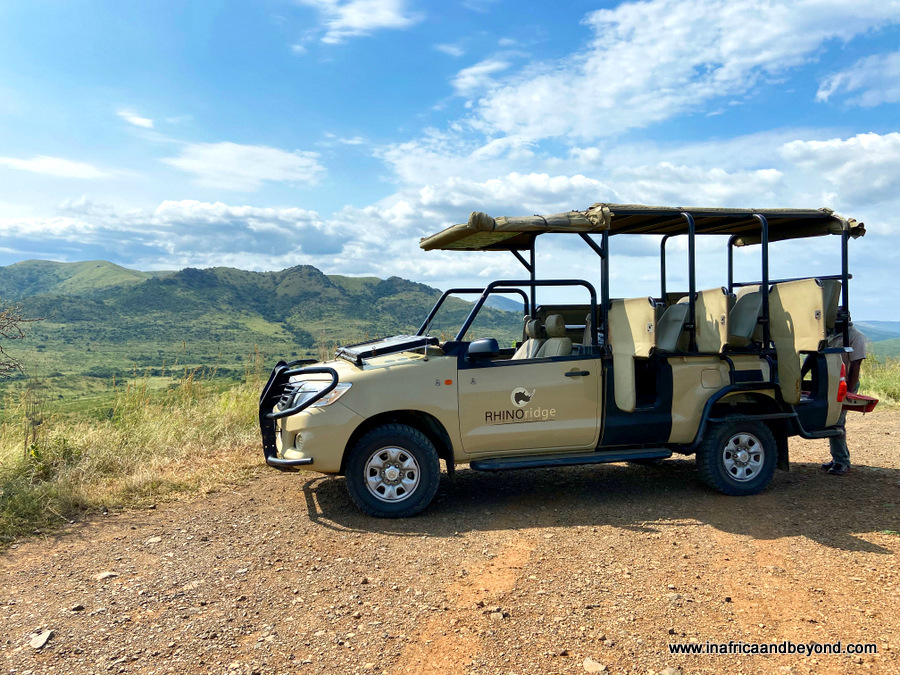 Established in 1895, Hluhluwe-iMfolozi Park is .the oldest proclaimed game reserve in Africa Prior to that, it was the hunting ground of Zulu kings like Shaka, and European settlers. Long before that, the area was inhabited by Stone Age settlers, and relics can still be seen.

Encompassing over 96 000 ha of hilly bushland, the park is a protected wildlife sanctuary with 86 species of mammals and over 400 species of birds, including South Africa’s Big Five, cheetahs, and wild dogs. It is world-famous for its rhino conservation initiatives which saved the white rhino from extinction. In the 1940s, there were less than 100 of them remaining in the wild. Thanks to Operation Rhino, today the park is home to the largest population of white rhinos in the world. 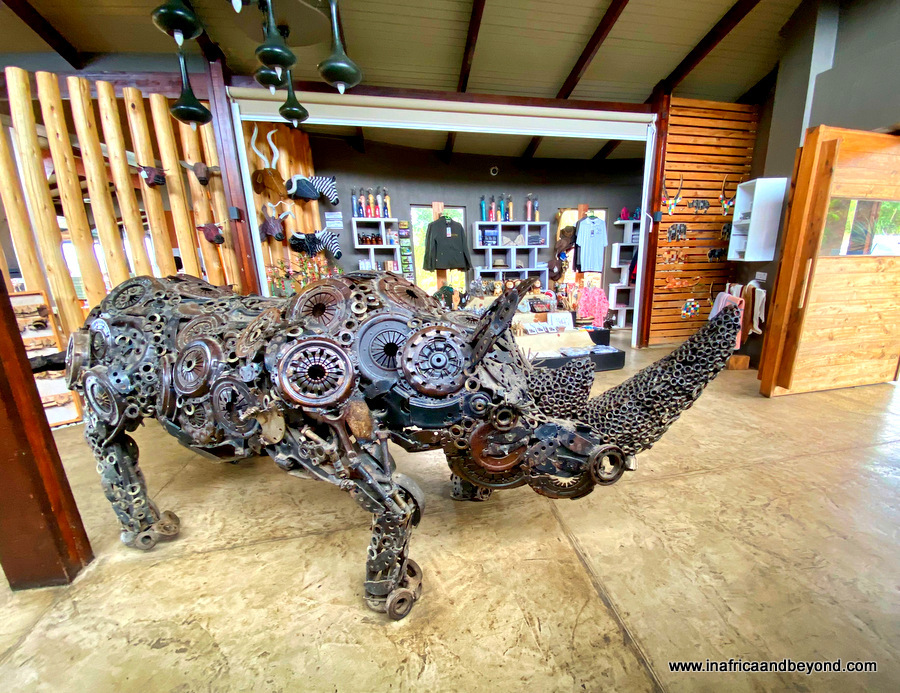 Welded rhino at the entrance

Our home for the weekend was Rhino Ridge Safari Lodge, the first and only private game lodge in the park. It is jointly owned with the local Mpembeni community, and most of the lodge’s staff hail from this community too. We entered the park from Memorial Gate and headed towards the lodge. The road culminated in a steep path up a rocky ridge, which had us on edge. However, once we reached our destination, we were rewarded with breath-taking views of the lush valleys below, which we savoured along with a delectable high tea. 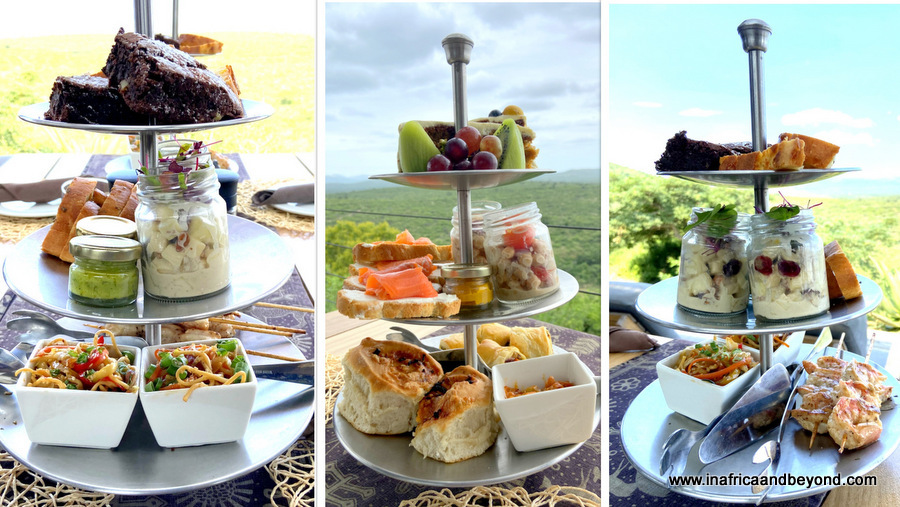 Although there were many things we loved about Rhino Ridge, the views were one of the biggest highlights for us. From the huge, airy lounge to the viewing deck to the infinity pool, the lodge is designed to blend in seamlessly with the surrounding wilderness and capitalise on its prime position high above the park. 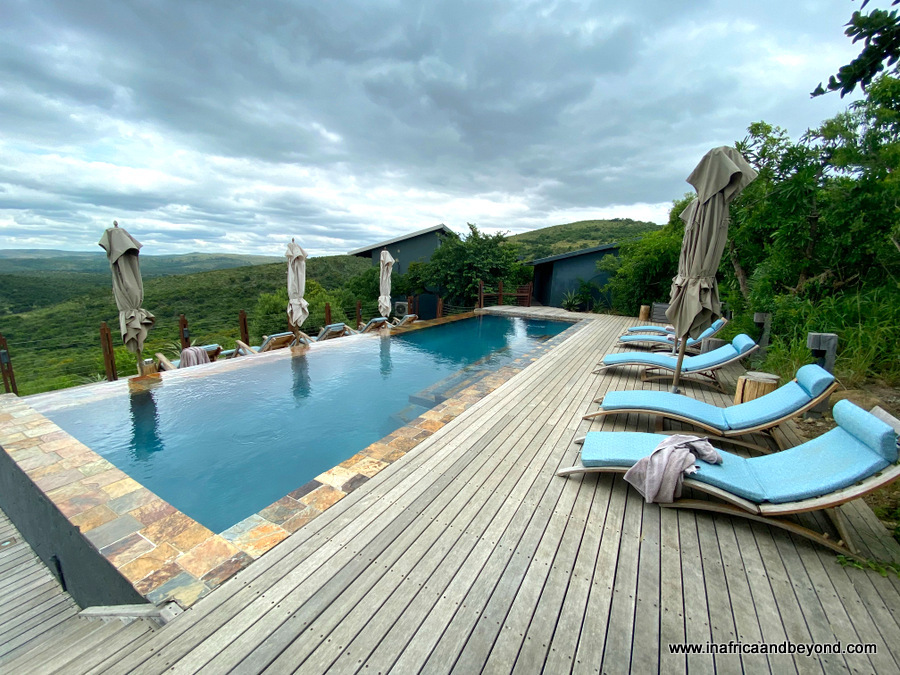 The rooms are set out along the ridge on both sides of the main lodge. Unlike most other safari lodges, they have a more contemporary design. Modern furnishings are balanced by the use of natural organic materials.  There is a range of accommodation to choose from, including bush villas, honeymoon villas and safari rooms. 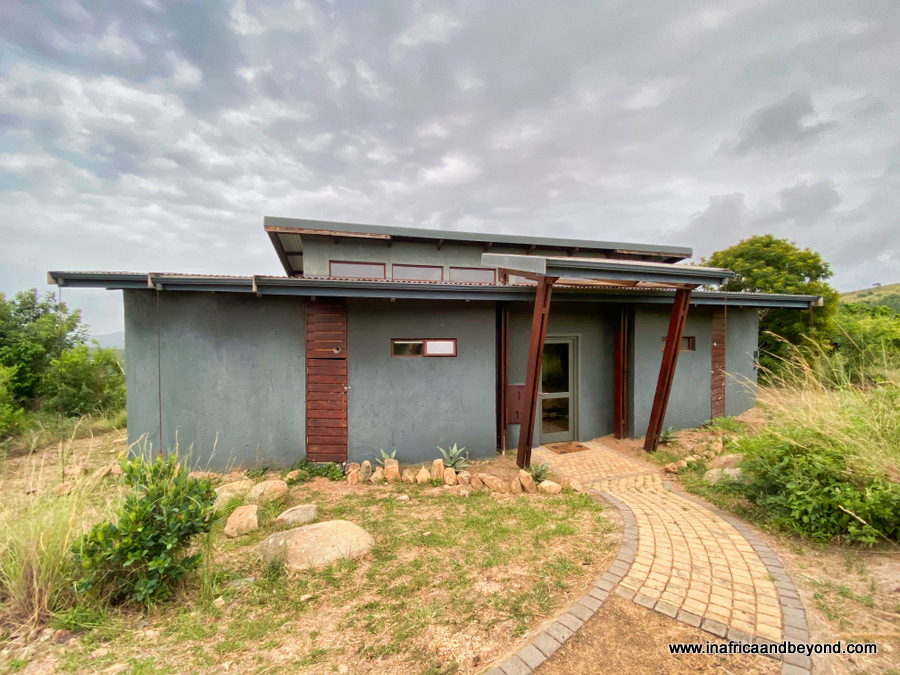 We stayed in a family suite consisting of two safari rooms linked by a common lobby. The open-plan rooms had sleek en-suite bathrooms and glass sliding doors which opened onto a private viewing deck overlooking the magnificent scenery. 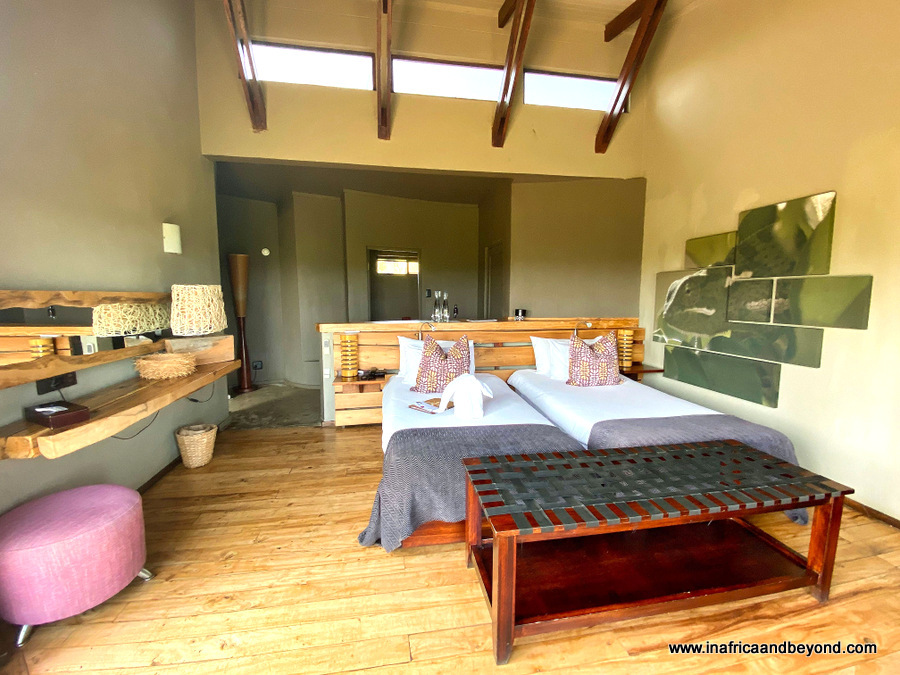 The exquisite cuisine was another highlight here, even for my children. Meal times were something we looked forward to, not because we were hungry, but because we were eager to see what the talented chefs would surprise us with next. Having stayed at Kosi Forest Lodge, which is also owned by Isibindi Africa, we noticed that this expertise was shared by both the lodges. Apart from the amazing high teas, we were treated to culinary delights at dinner and breakfast too. Everything was accompanied by a side serving of views, as most of our meals were served al-fresco, on the deck. 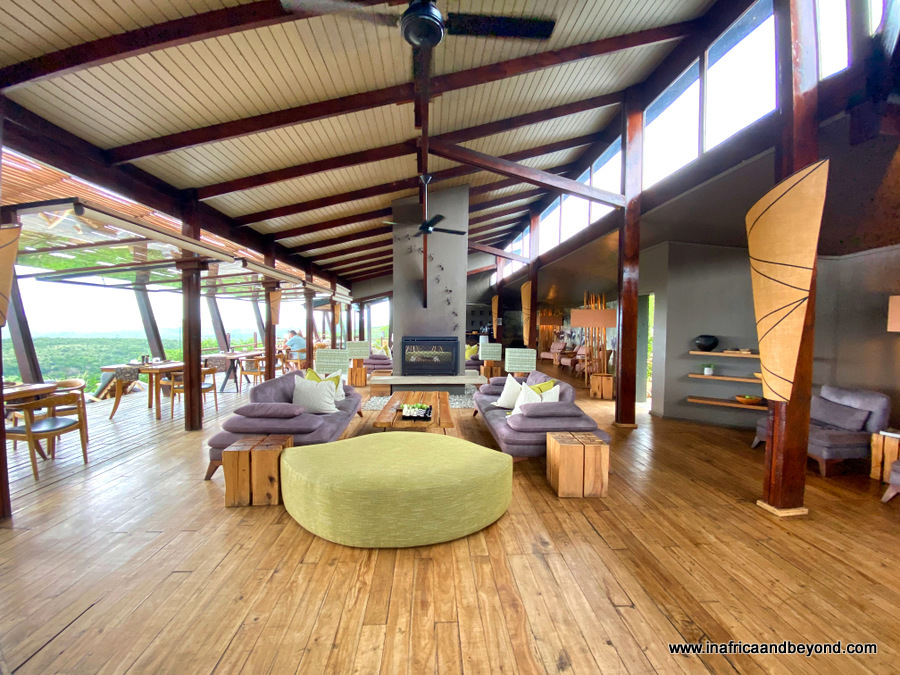 Special occasions at Rhino Ridge are celebrated in style. The day that we arrived at Rhino Ridge, happened to be my birthday. That evening after dinner, the staff surprised me by singing for me and presenting me with a cake. Our fellow guests had a marriage proposal in the bush arranged for them! 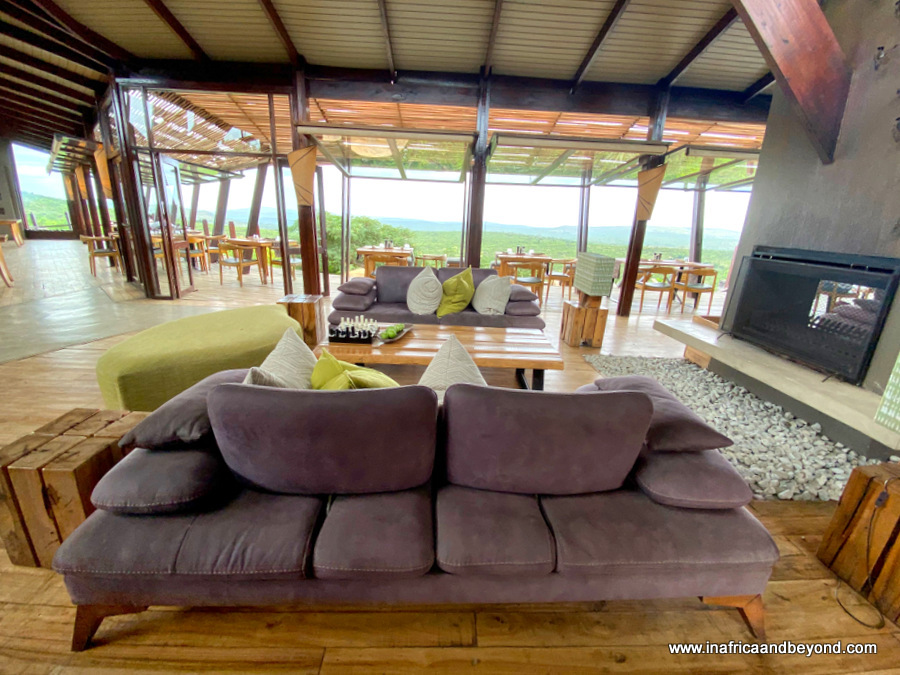 Game drives were action-packed and we saw big and small creatures like lions, elephants, rhinos, snakes, hyenas, vultures and many species of plains game. The buffalo herds created road blocks for us, the rhinos were taking mud baths, the vultures were circling a carcass and the hyena was dragging his wildebeest kill out of the water where he had hidden it. Sinda was a great guide and always happy to share his extensive bush knowledge and anecdotes with us. However, for us, game viewing didn’t end with the game drives. On the contrary, we could always see elephants, buffalos and zebras from the lodge too. 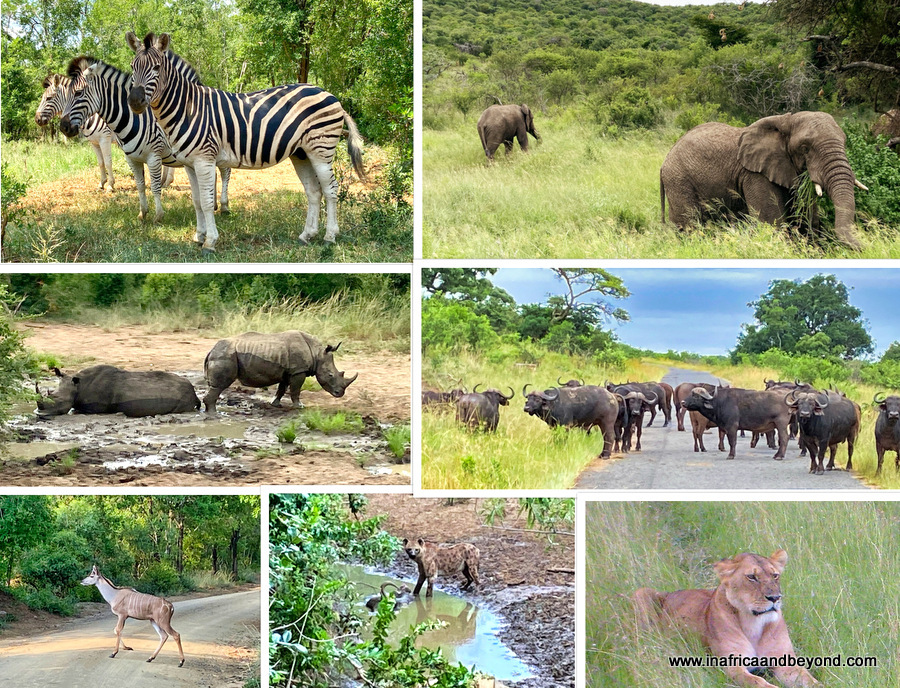 Apart from game drives, one can also explore the bush trails and the riverine gorges, or go bird-watching. Out of COVID times, there are opportunities to stay with a Zulu family in a traditional homestead. Personally, I chose to indulge my hedonistic tendencies and visit the spa, where I had a thoroughly relaxing aromatherapy massage, which lulled me off to sleep! 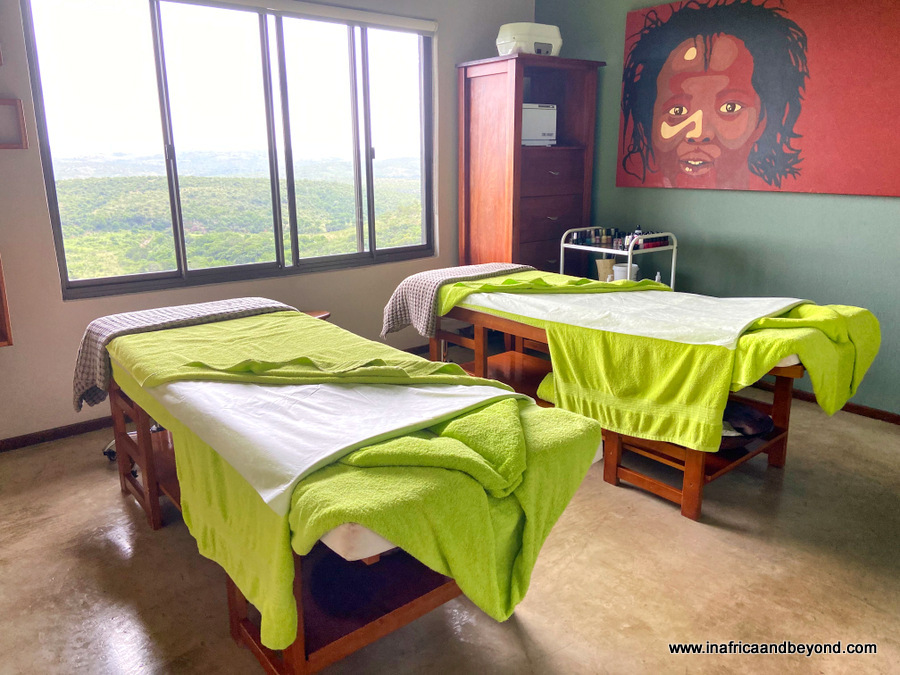 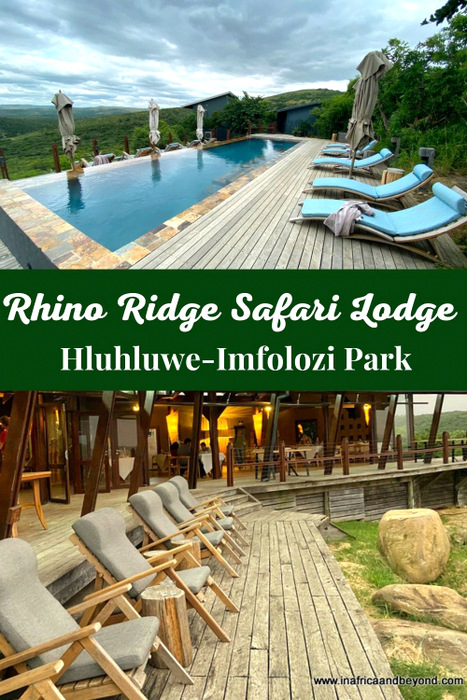