The Gautrain : Advantages and disadvantages 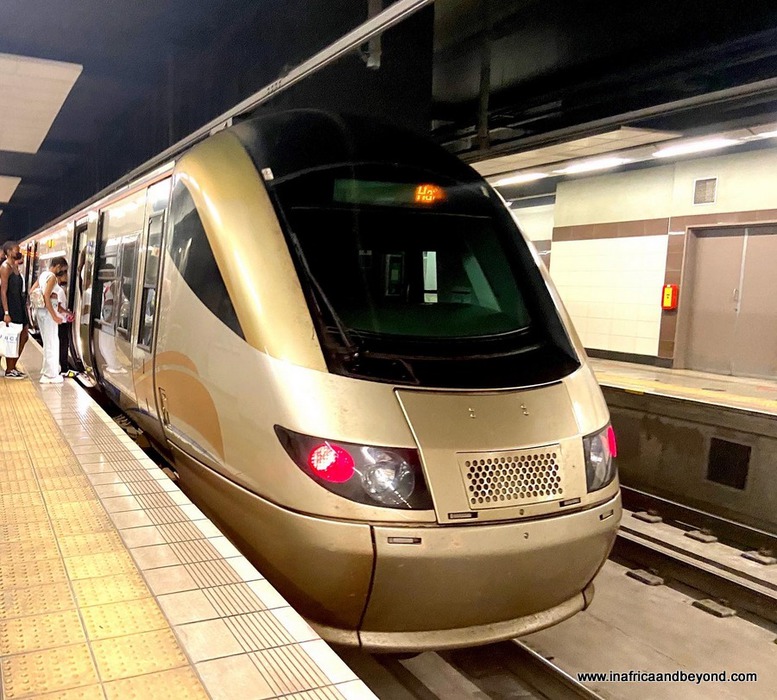 What you need to know about The Gautrain

Firstly, I must apologise that this post is delayed – by over a decade. In my defence though, I didn’t have a blog then. I began writing around that time but it was for other websites.

The Gautrain began operating in June 2010 just in time for the 2010 World Cup with the first route linking OR Tambo International Airport to Sandton, Johannesburg’s commercial hub. More routes opened up subsequently. Since then, it has been ferrying commuters to and from work and travellers to and from the airport.

If you don't know what the Gautrain is, it's South Africa’s first high speed railway system linking major hubs in and around Johannesburg and Pretoria. It was constructed to ease traffic congestion and provide a more efficient means of transport for commuters and tourists. Although trains like this are common in other parts of the world, like Europe where we’ve used them often, they aren’t in South Africa.

Somehow, we never got down to riding on it as we normally travel everywhere by car. Both our kids had previously been on it with their schools, but my husband and I hadn’t. I have since discovered that there are many other South Africans like me, who have not used the Gautrain yet. Hence, this post.

They recently had a promotional day – which they have occasionally – and we decided to experience it at long last. We booked our tickets online and collected our wrist bands at the station. 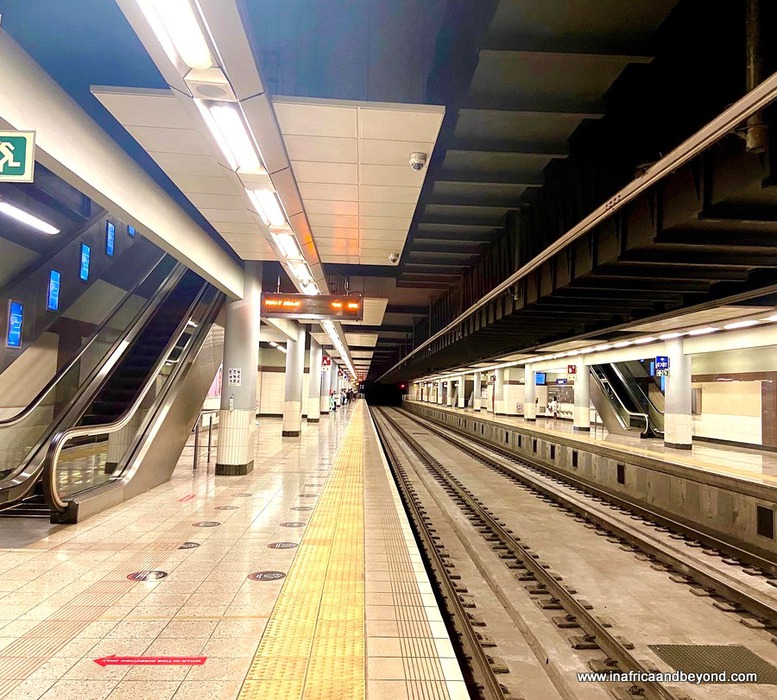 The Rosebank Station is in front of The Zone @ Rosebank shopping centre and we rode from there to Hatfield, Pretoria and back. We were quite impressed with the trains and stations which were clean and efficient. They were fairly busy but not overcrowded. There were helpful staff standing at the stations and security guards on the trains. The trains have sleek gold and silver exteriors and comfortable blue padded seating inside. The speed was decent too. Our train stopped for a while in Hatfield, at the end of the line, and staff members sanitised it. The train then resumed its journey back to Rosebank in the opposite direction.

It was a pleasant ride and If I worked in Midrand, Sandton or Pretoria, I would probably use it regularly.

Advantages of using by Gautrain

No need to drive in Joburg traffic – except to the station. You can relax, read a book or just look at the scenery. We saw several Joburg landmarks from the window during our trip.

Cleaner, safer and more comfortable than the Metro trains. 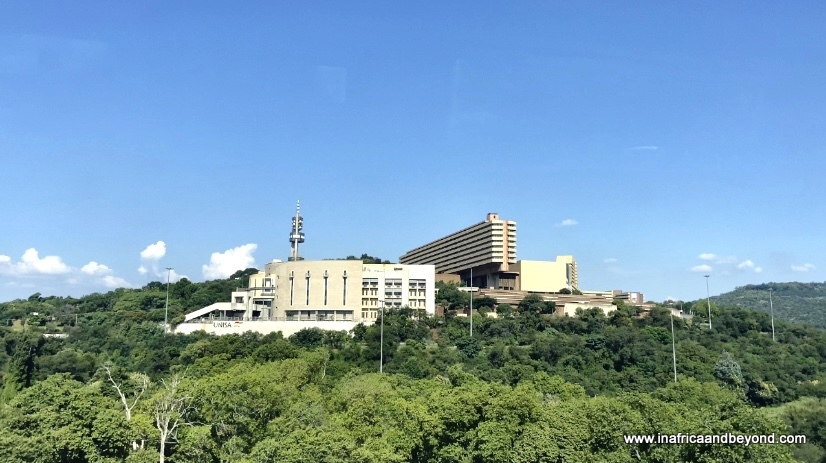 View of UNISA from the Gautrain

Disadvantages of using the Gautrain

A bit pricey, especially for families, so it’s not for everyone.

Stations are only in major hubs so getting to and from a station may be a mission especially if there’s no bus stop in your area.

There are no toilets on the train although there are toilets at the stations.

The North-South line travels from Johannesburg's Park Station to Hatfield in Pretoria, stopping at the following stations: Rosebank, Sandton, Marlboro, Midrand, Centurion and Pretoria. There is another line from O.R. Tambo International Airport to Sandton via Rhodesfield and Marlboro. Some of the stations as well as portions of the route are underground. 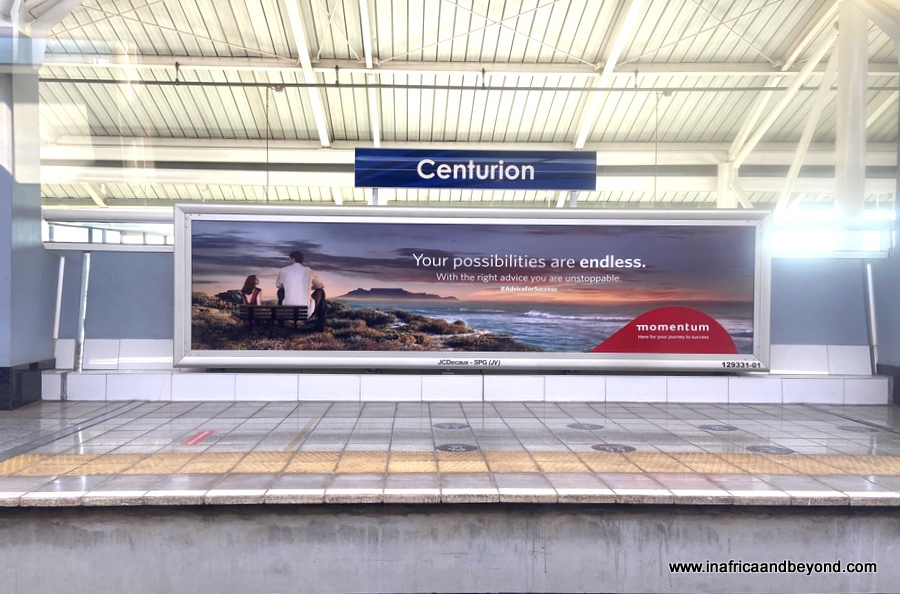 The Gautrain has a fleet of buses and there are bus routes from the stations to surrounding destinations. Some of the most popular destinations on the bus route are Pretoria Zoo, Mall of Africa and Menlyn Mall.

Parking is available at the stations and is charged at a discounted rate for rail users. 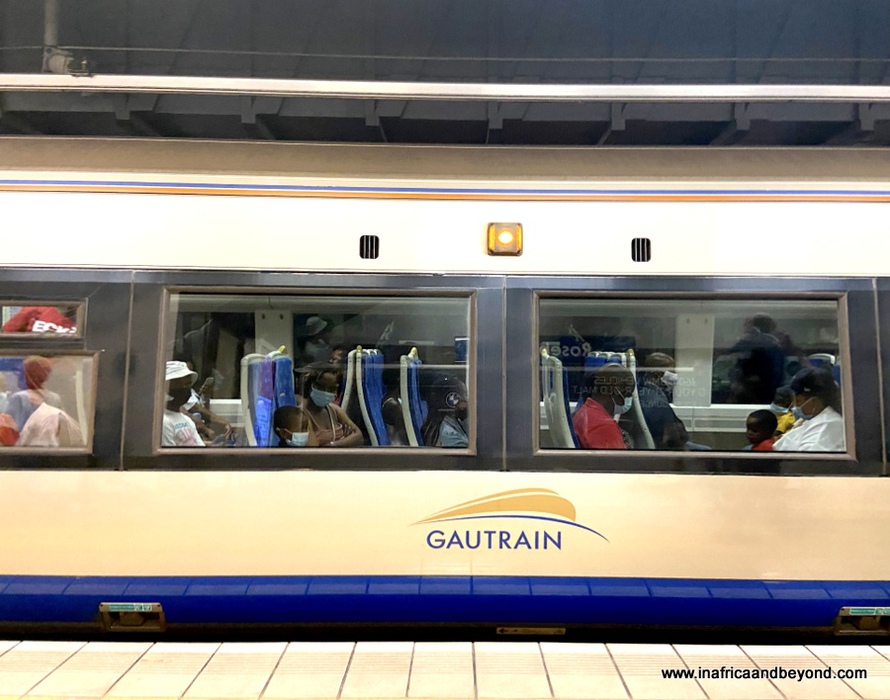 Both the Gautrain bus and train services operate between 05h05am and 8h30pm daily.

Gautrain buses operate on scheduled times. The schedules can be downloaded from their website. 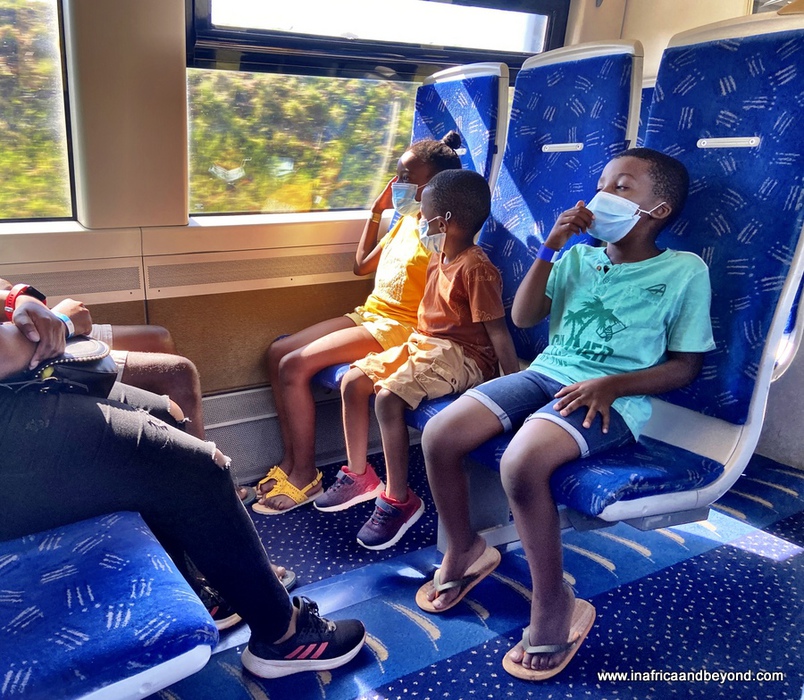 Fares depend on the two chosen stations and whether you’re travelling at peak or off-peak times. You can download the app to plan your journey and calculate fares or do it on the website.

To use the Gautrain train or bus service, you need to have a Gautrain Card with a minimum value of R30 loaded onto it or have a contactless bank card.

You have to swipe in at the turnstiles when you enter and then out when you leave so that it can automatically deduct the correct fare for the service you have used.

Have you ever used the Gautrain ? What was your experience like? 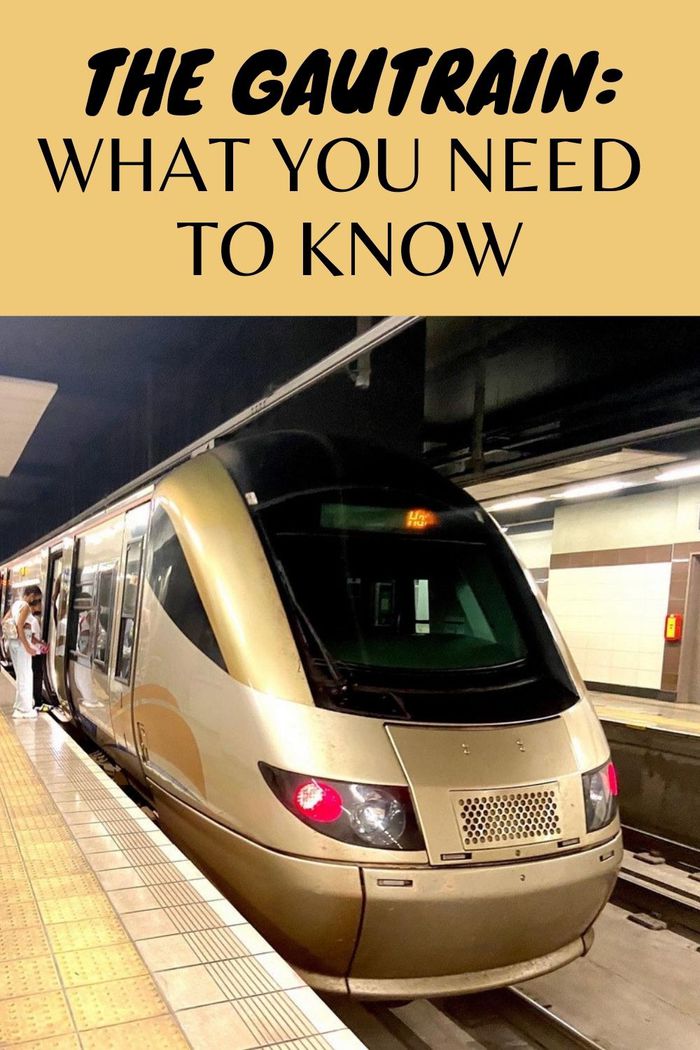