11 Best Things to do in Maputo Mozambique 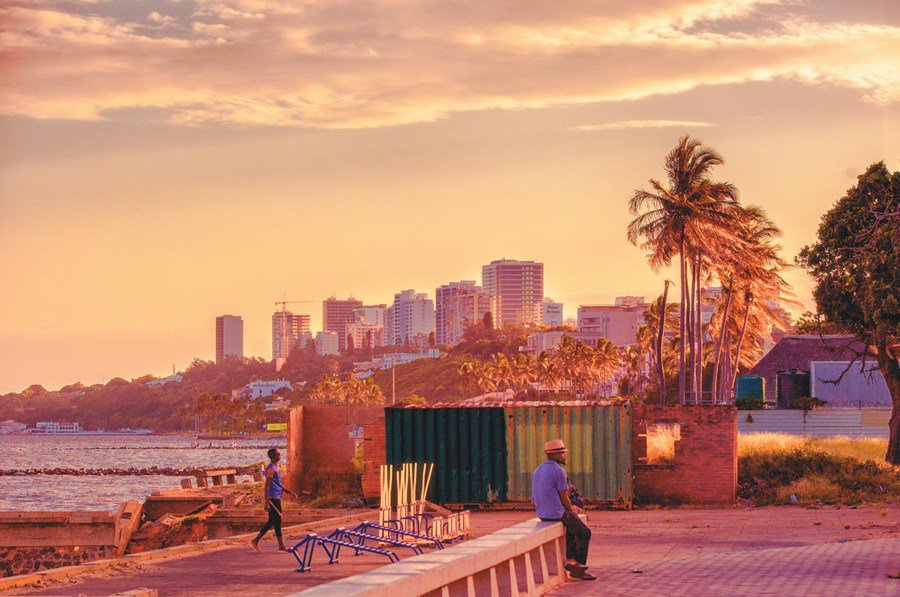 Best Things to do in Maputo

Maputo is one of the most vibrant cities in Africa, and the capital city and economic hub of Mozambique, which borders South Africa. Founded in the 18th century, it became the capital of Portuguese East Africa in the early 20th century. After Mozambique gained independence from Portugal in 1975, Maputo became the capital of the new country. The port city was previously known as Lourenço Marques, after a Portuguese trader and coloniser who explored the area in the 16th-century.

Today, Maputo is a bustling cosmopolitan city of over 1 million people and home to a diverse population of Mozambicans, Portuguese, Indians, Arabs, and other nationalities. While the official language is Portuguese, Bantu dialects are widely used, and English is spoken in cities and hotels.

One of the things that makes Maputo so special is its mix of Portuguese and African influences. This has resulted in a city of many contrasts, with an interesting blend of old and new, which is evident in everything from its architecture to its cuisine.

At one end of the spectrum, you'll find the colonial neighbourhoods with wide streets and buildings that have been preserved and upgraded over the years. Nearby, you can stumble upon lively local marketplaces and bustling nightlife districts. In between are sandy beaches and tranquil harbour areas.

Here are the best things to do in Maputo 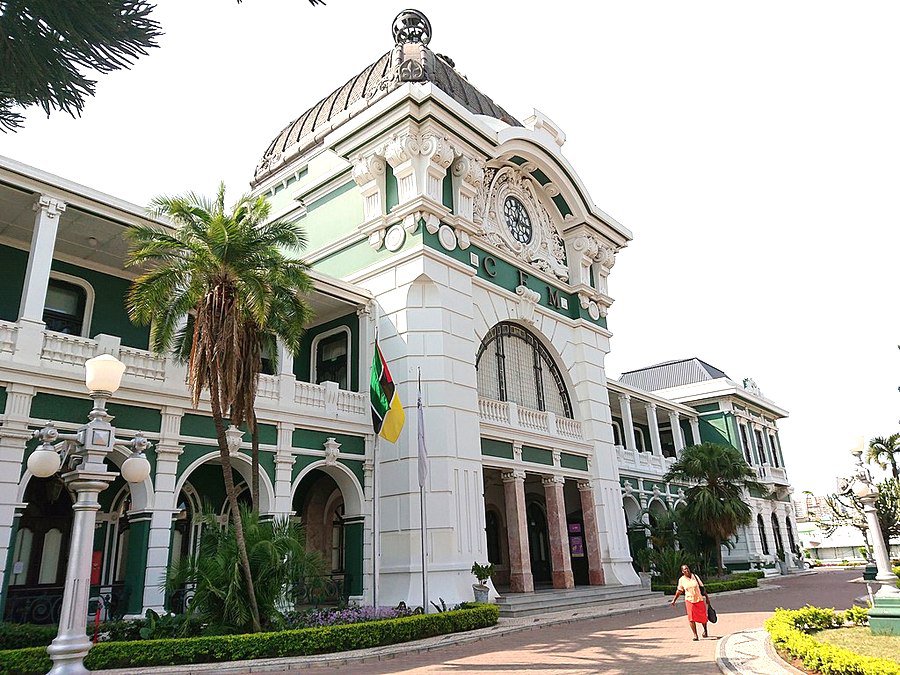 Built in the neo-classical Beaux-Arts style, it was based on Johannesburg’s old central train terminal. The station and has an ornate façade, wrought-iron pillars and a huge copper dome. There is a museum where you can see old trains and learn about the history of the station, and a market nearby. The station is still operational. 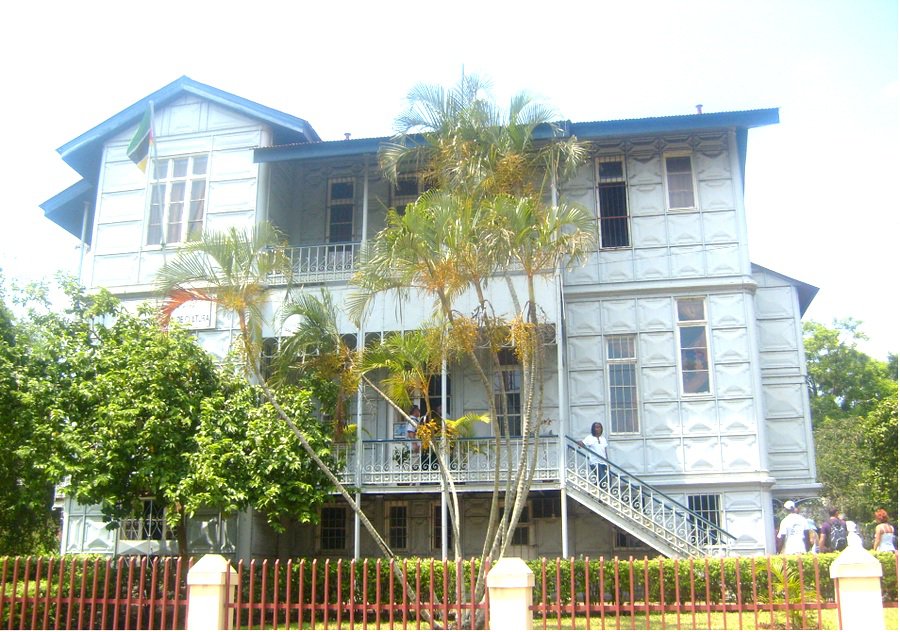 Casa Do Ferro (The Iron House) is an iconic symbol of Mozambique's struggle for independence and a reminder of the country's tumultuous past. It was designed in 1892 by Gustave Eiffel, of Eiffel Tower fame, constructed in Belgium and transported to Mozambique where it was assembled.

Never having visited Mozambique himself, Eiffel didn't realise that the house, made entirely of steel, would be far too impractical for the country's hot climate. Originally intended as the Governor's house for which it was never used, it is now a Museum office...and, having been there, I can confirm that it is unbearably hot inside. No trip to Maputo is complete without a visit to the Mercado Central or Central Market. This vibrant marketplace is over a hundred years old and a bustling hub of activity, with merchants selling everything from fresh fruits and vegetables to spices and crafts and more. The Mercado Central is a great way to get a glimpse of local life. Be sure to bring some cash and haggle for the best prices!

Another great place to shop at is FEIMA (Feira de Artesanato, Flores e Gastronomia), an outdoor craft market in a beautiful setting with a wide range of arts, crafts and souvenirs. 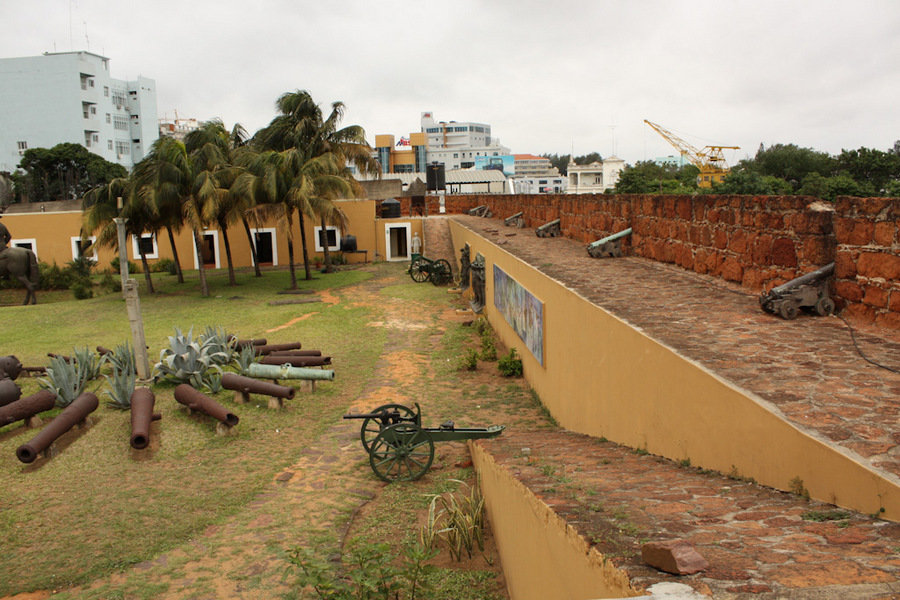 Uncover the history of Maputo with a trip to Fortaleza de Maputo. As one of Mozambique's most important historic monuments, this fortress was built by the Portuguese between the 18th and 19th centuries. It now houses a museum that offers visitors an insight into the history and culture of this coastal country. You can view various artifacts from different eras, as well as learn about how life used to be in Maputo during colonial times. 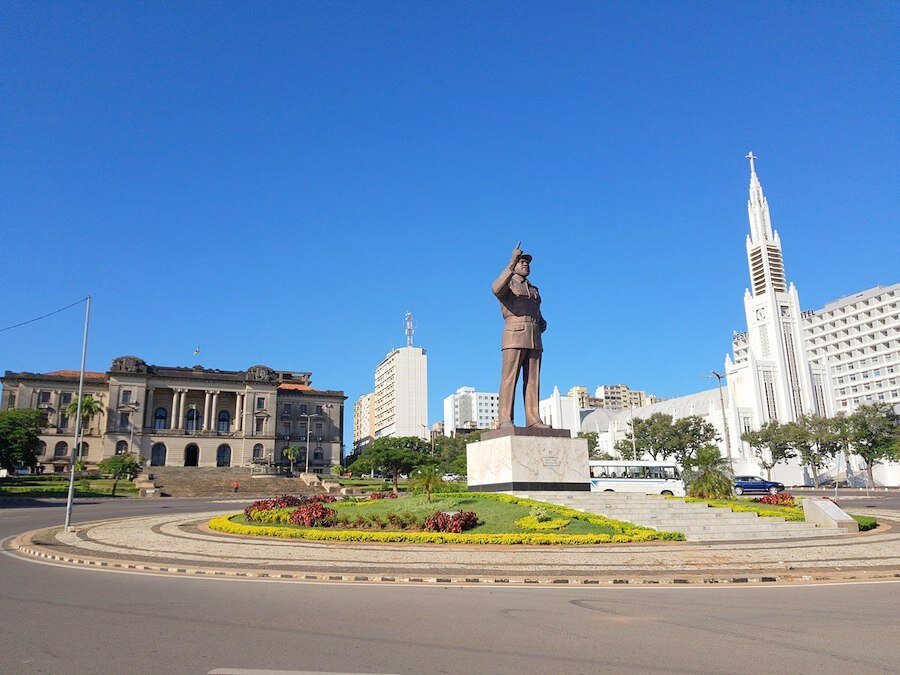 Independence Square is a popular gathering place for locals and tourists alike. It was thus renamed when Portugal officially handed over power to Mozambique in 1975. The square houses the Maputo City Hall, another iconic building in Maputo) and is dominated by a statue of former President Samora Machel, who died in a tragic plane accident in 1986. 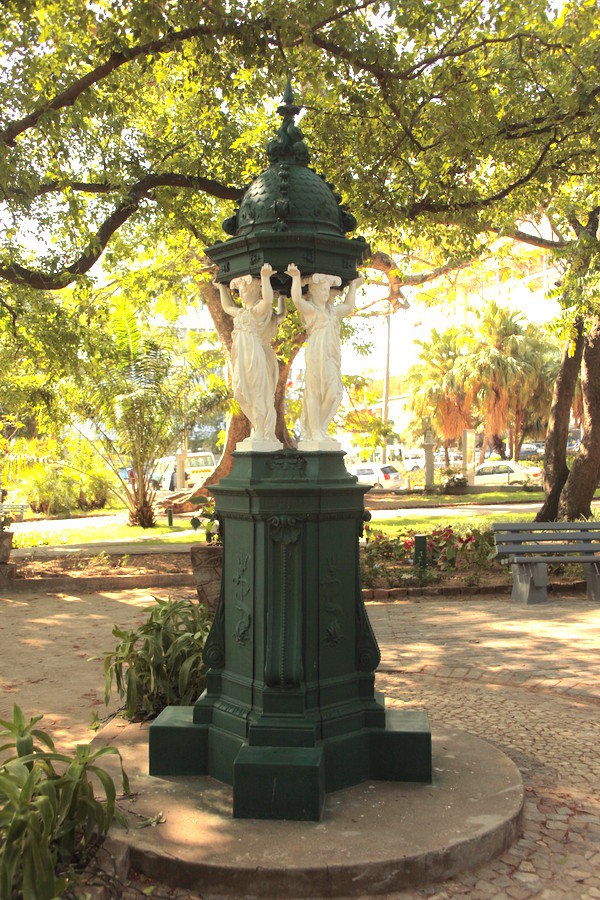 Near Independence Square, you will find the Jardim Tunduru Botanical Gardens which were founded in 1885.  The perfect place to relax and enjoy nature in the city, they offer a beautiful and peaceful escape from the hustle and bustle of the city. The garden is home to a variety of plants, trees, and flowers that create a tranquil atmosphere ideal for relaxation. Visitors can take leisurely strolls through the gardens paths and enjoy stunning views of Maputo’s skyline. The garden also contains a statue of Mozambique’s first president Samora Machel as well as a pond with colorful fish. 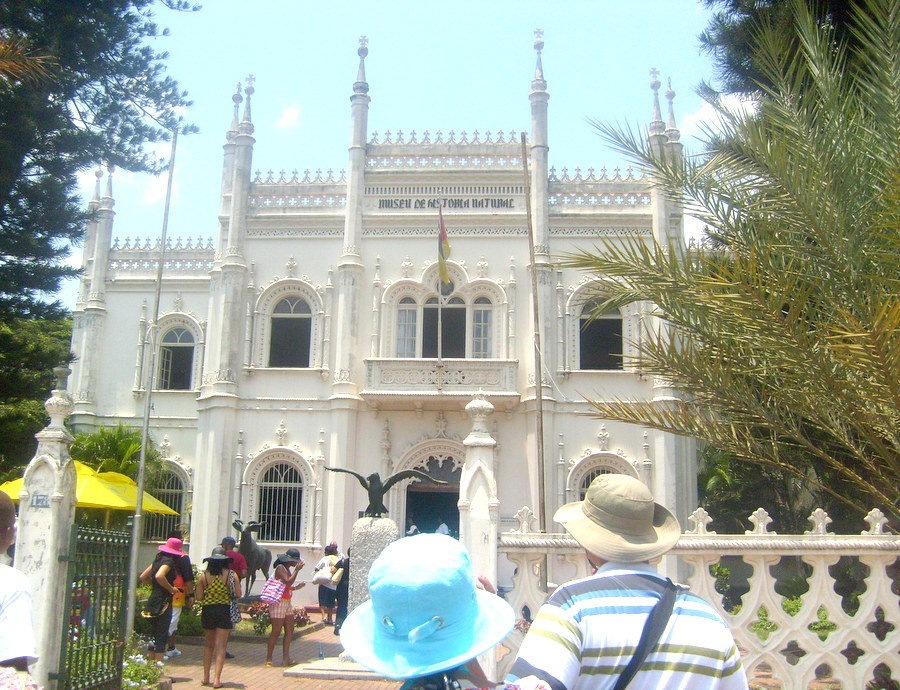 Visiting the Natural History Museum is a good way to learn about the country. It has exhibits dedicated to Mozambique's rich history, culture and wildlife, including a huge display of stuffed animals, tribal artefacts and a preserved dinosaur.

The National Art Museum has a great collection of both contemporary and traditional art from Mozambique. Exhibits range from paintings, sculptures, and photographs to traditional masks and artifacts.

Nucleo de Arte Maputo is a collection of art studios and workshops where artists from all disciplines and backgrounds can come together to collaborate and work. There’s a gallery there too. 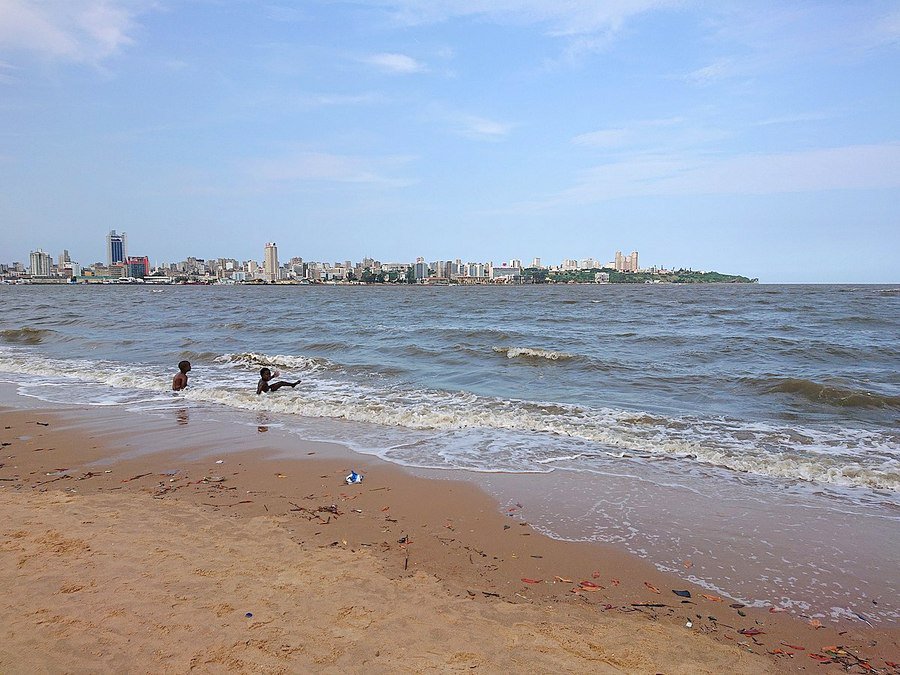 Although Maputo does not have the best swimming beaches in the country – other parts of Mozambique have more renowned beaches – there are some popular beaches in the capital - such as Costa do Sol and Macaneta where you can relax on the sand or watch the sun set over the Indian Ocean. 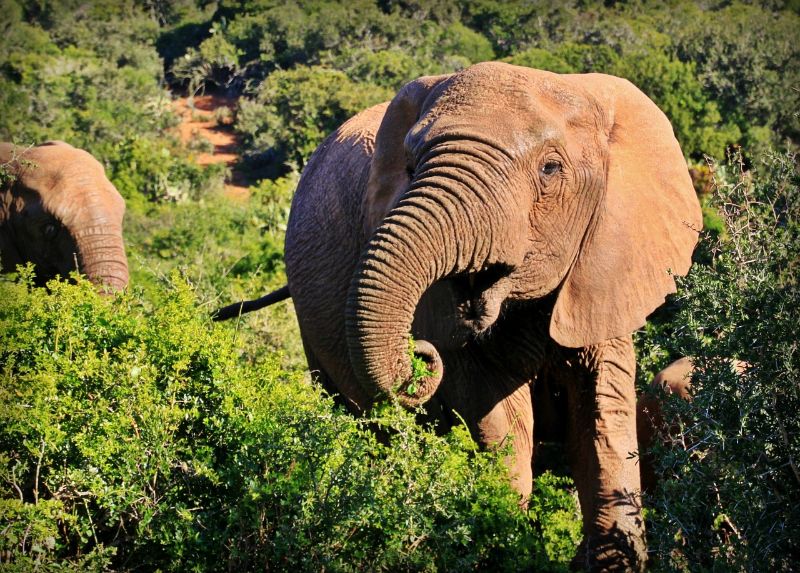 The Maputo Special Reserve is located 80 km from the city, and is home to a variety of wildlife, including around 200 African elephants as well as giraffes, zebras, antelopes, hippos and crocodiles. Visitors can drive on beautiful trails while observing these majestic creatures in their natural habitat. A 4x4 is necessary.

Mafalala is a vibrant, multicultural district in the heart of Maputo, that offers the perfect blend of culture and food. The area is home to an eclectic mix of cultures, with a large population of Indian-Portuguese descendants who have been living in Maputo since the 19th century. As such, it has its own unique language – Lingua de Terreiro – which is still spoken by a large portion of the people living here. This makes Mafalala an excellent place to experience authentic Mozambican culture and learn more about this fascinating city. 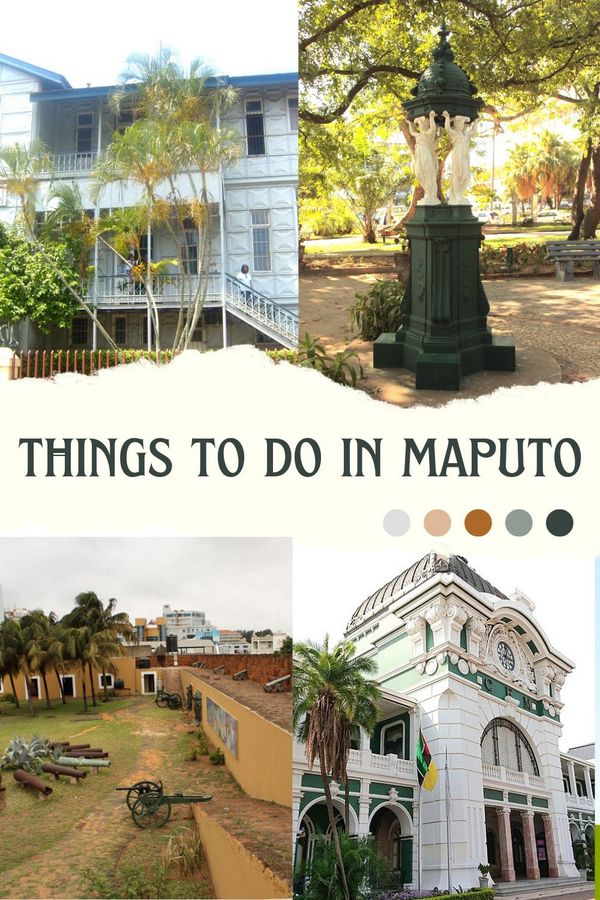 2 comments on “11 Best Things to do in Maputo Mozambique”