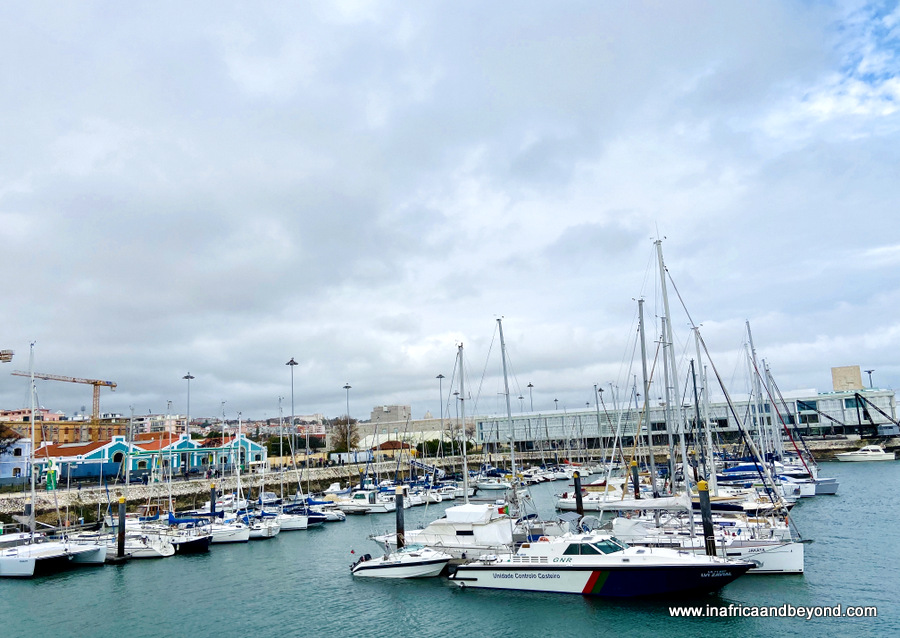 Lisbon was not on our initial Spain and Portugal plan, however since it was en route from Seville to Porto, from where we would fly out to Dubai, we decided to include it. And I’m glad we did.

Portugal’s historic capital city is a charming, multicultural, vibrant city that is definitely worth a visit. Lisbon was named the world’s leading city destination in 2018 in the World Travel Awards  and one of the world’s greatest cities by The Telegraph.

Apparently, it is also one of Europe’s sunniest cities - receiving more days of sunshine than any other European capital – even though the sun wasn’t on our side in December. However, the crowds were much smaller than in the summer.

Also known as the City Of The Seven Hills, Lisbon has an undulating terrain with steep inclines scattered with miradouros (viewpoints) from where you can see the colourful city, with its orange rooftops, azulejo facades and pastel-coloured buildings. Unlike other capital cities, there are barely any skyscrapers blocking the panoramic views.

Most peopele begin and end their Portugal itinerary in Lisbon. Although I wouldn't advise seeing Lisbon in one day only, if that's all you have, then read on. If you have more time there, then you can tick off these things to do in Lisbon at a more relaxed pace.

We visited the city with our children but these Lisbon attractions are not specific to families with children - they are the highlights of Lisbon for all first-time visitors. Start your day early and it will be easily possible to see all of these attractions in one day - although if you have additional days there, you will be able to see the city in a more relaxed manner or go on some amazing day trips from Lisbon. 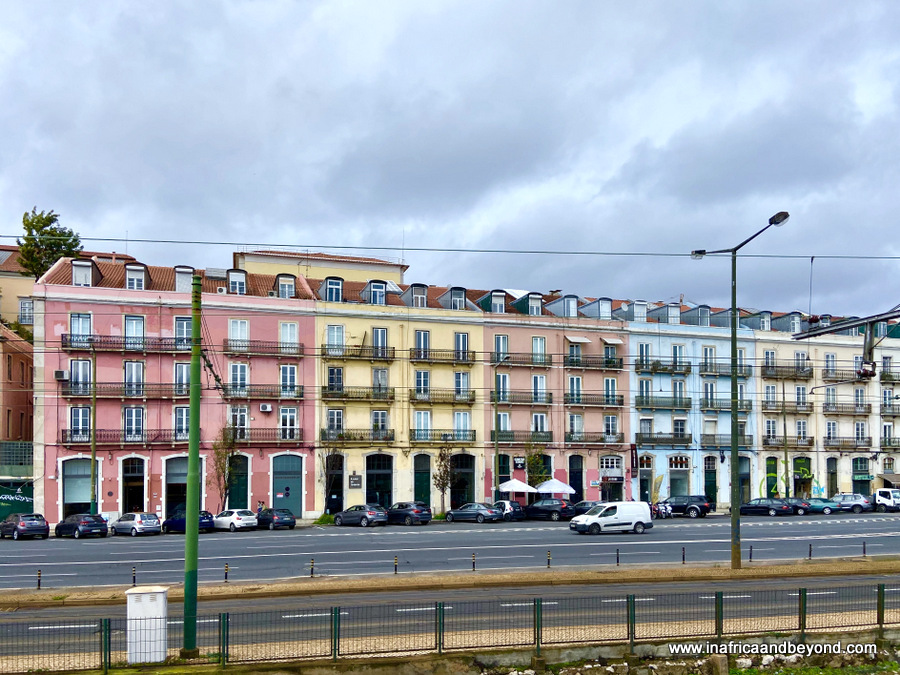 According to legend, Lisbon was founded by Ulysses, the Greek traveller and hero, while he was returning from the Trojan War. It was originally called "Allis Ubbo" meaning “enchanted port”. This eventually gave rise to the name Lisbon. It was coveted and fought over by many nations, including the Greeks, the Germanics and the Carthaginians.

The Age of Discoveries began in the 15th century. Vasco da Gama discovered the sea route to India and the spice trade yielded great rewards. Portugal subsequently enjoyed its most prosperous period, and Lisbon became one of the world's most prominent trading centres for a while.

Disaster struck in 1755, while residents were celebrating a festival. Most of the city was destroyed by a powerful combination of earthquake, tsunami and fire, and over 100000 people died.

In the 19th century, Lisbon was captured by Napoleon Bonaparte, and in 1908, the Portuguese monarchy ended when its last king, Dom Carlos I was assassinated. Portugal joined the European Union in 1986. Today, it is one of Europe’s most popular cities, attracting tourists from all over the world.

There are many things to do in Lisbon, but if you are time-constrained…

…here are 10 things to do in Lisbon in one day 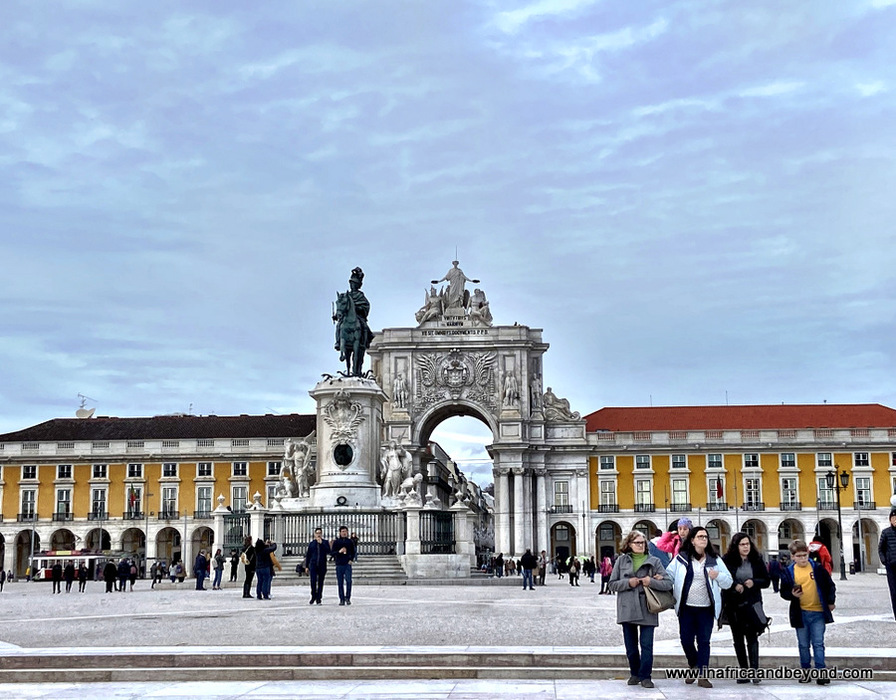 One of the grandest squares in Lisbon is Praça do Comércio, a large 18th century square, which overlooks the River Tagus. It was originally the location of the royal palace of Lisbon, which was obliterated by the 1755 earthquake. The Ribeira royal library in the palace, consisting over 20,000 books was also destroyed. Lined with al fresco restaurants and cafes, the square is now headed by the ornate Arco da Rua Augusta triumphal arch which was erected in 1873 to commemorate the city’s recovery after the earthquake.

In the centre of the square is a Statue of King Jose I riding his horse, which is symbolically crushing snakes with its hoofs. Also, in the square is the Lisbon story centre which depicts the history of the city in an interactive manner. 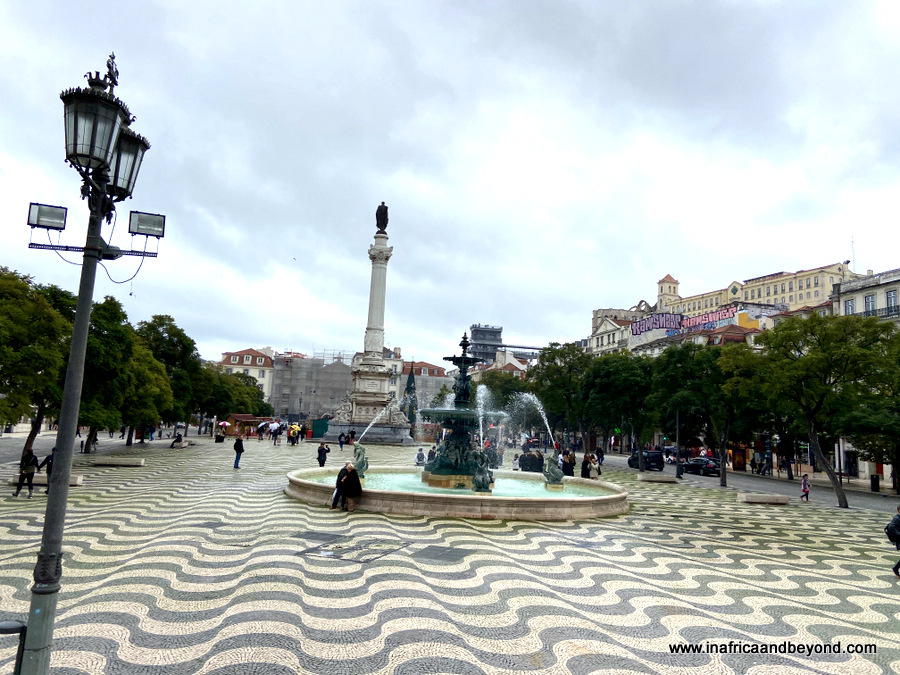 Rossio Square is one of Lisbon’s most vibrant squares. It is characterised by its Baroque fountains, traditional Portuguese mosaic (calcada) paving, and statue of Dom Pedro IV.Founded during the 13 century, the square has witnessed bullfights, public festivals, royal proclamations and public executions inter alia.  Today it is home to the national theatre, the Rossio railway station, restaurants and coffee shops. 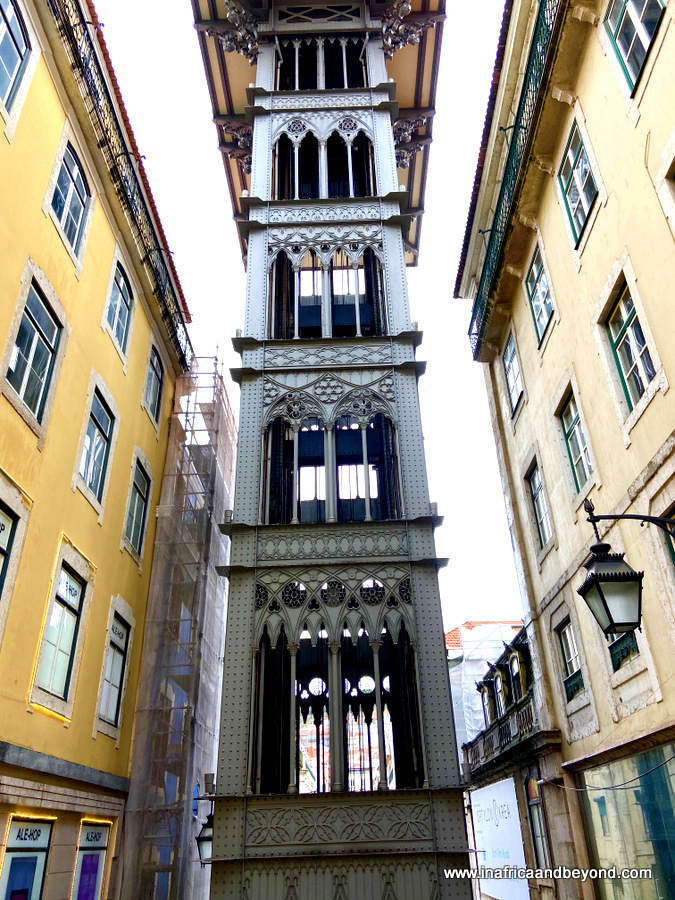 Elevators are normally used to travel up and down in buildings. In Lisbon, they are also used to travel between neighbourhoods, because the city is so hilly. The Santa Justa Elevador has been connecting the neighbourhoods of Baixa with Largo do Carmo since 1902. Built by a student of Gustav Eiffel, of Eiffel Tower fame, it is a wrought iron tower with a 25 metre walkway and an observation deck. We went up the lift and enjoyed the panoramic views of the city from the top. 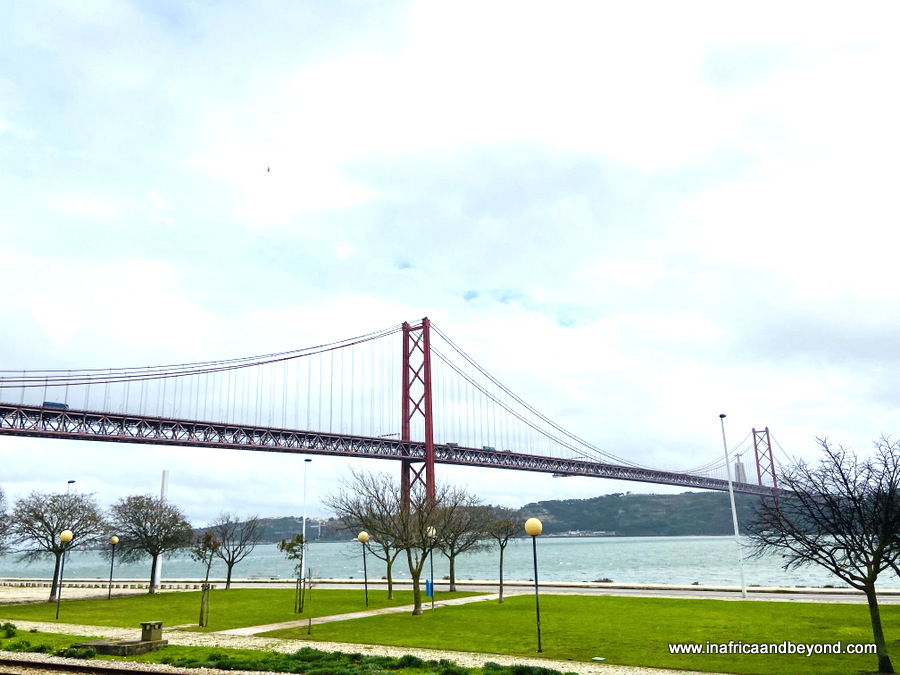 Spanning the estuary of the Tagus River is the Ponte 25 de Abril (25 April Bridge), which is one of the longest suspension bridges in the world. Often called the twin sister of San Francisco's Golden Gate Bridge because of their similar design, the 25 April Bridge in Lisbon is actually 100 metres longer.

It was originally named after the Portuguese dictator Salazar (who inspired the character of Salazar Slytherin in the Harry Potter series), however the name was changed after the revolution of April 25, 1974.  The bridge is interesting to see but if you have time, there is also a museum and observation deck where you can learn about the bridge's history and engineering, and enjoy the 360-degree views from the top.

Go back in time 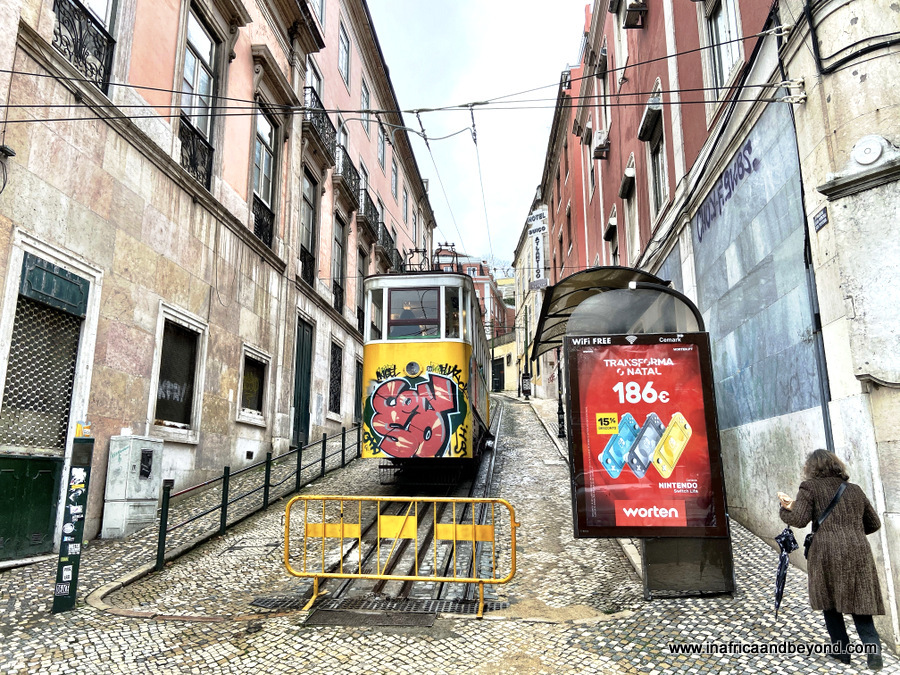 The antique trams that wind through the narrow, winding streets are iconic symbols of Lisbon. They are also a novel form of transport, especially for kids. Tram 28 is the most popular tram as it travels past the city’s main attractions including the historic Alfama area. 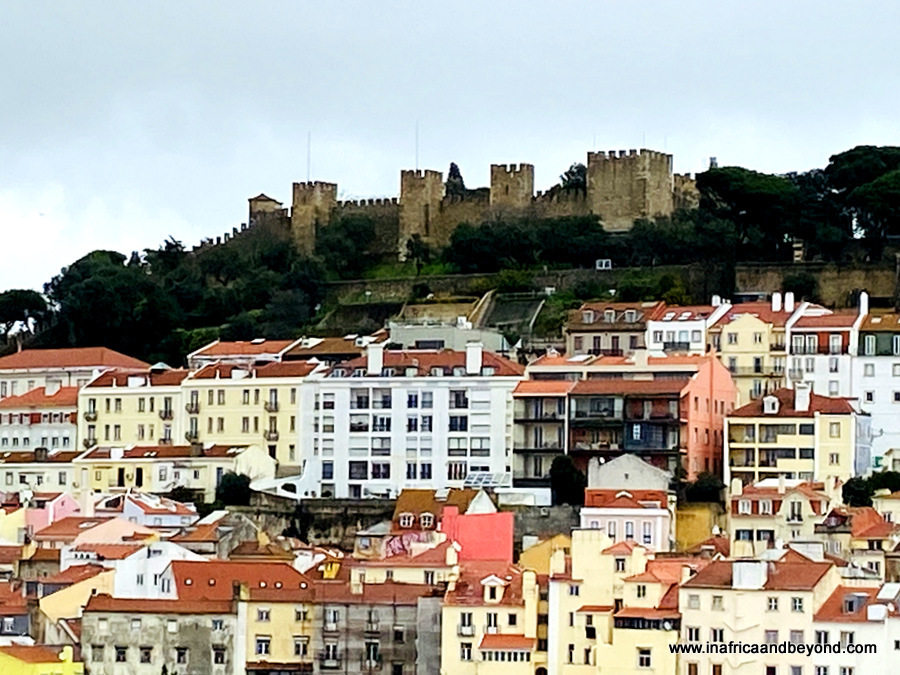 Alfama is the oldest district in Lisbon, leading up the steep hill from the Tejo Estuary to the Castelo de São Jorge, an 11th century Moorish castle. A picturesque labyrinth of narrow alleys, steep stairways, ancient buildings and small squares, its name is derived from the Arabic word "al-hamma" , meaning baths and fountains because of its mineral-rich waters. The only district in Lisbon to survive the 1755 earthquake, it will take you back in time to what Lisbon was like before the disaster.

The waterfront area of Belem is one of the most historical areas of Lisbon. This is where Vasco da Gama set sail for the Indian expedition from in 1497. Three years later, Pedro Álvares Cabra departed from the same shores on an expedition that discovered Brazil. 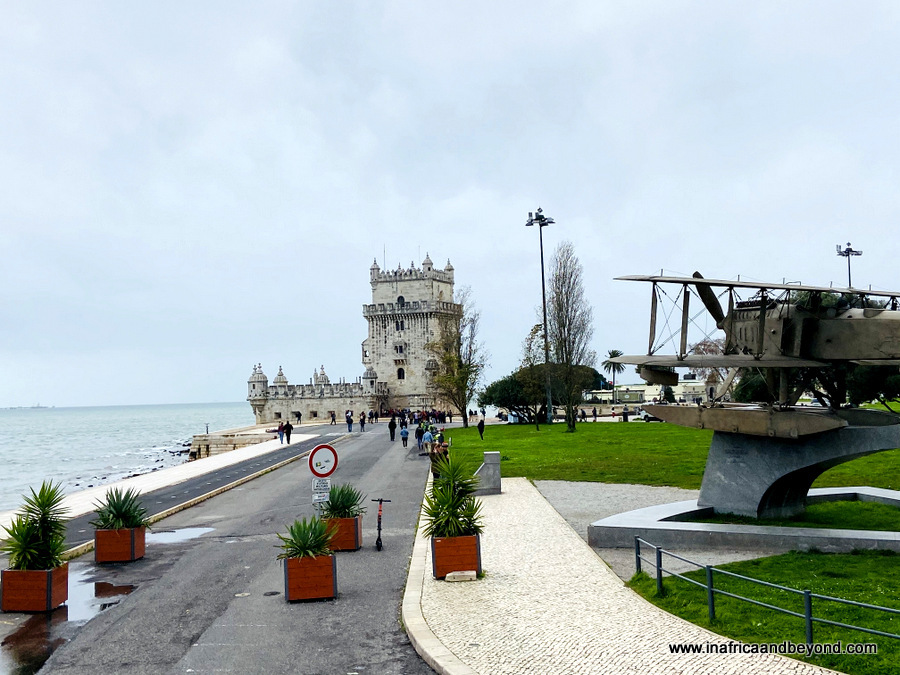 The Torre de Belem is a 16th-century defensive fortress and UNESCO world heritage site, which survived the earthquake. It comprises Arabic style watchtowers and houses four stories. The tower was also used as a prison, a lighthouse and a venue for banquets. One of the earliest rhinoceros carvings in Europe is depicted on the fortress. Read the story of the rhinoceros here. 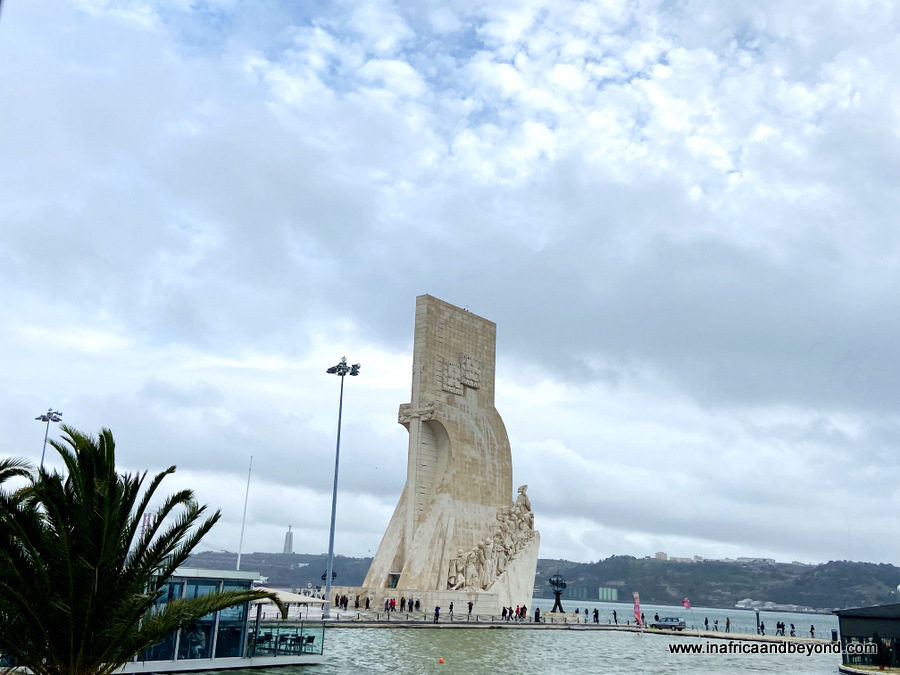 Monument of the Discoveries

Not far from the tower is the caravel-shaped Monument of Discoveries, which was built in 1939 to commemorate the Portuguese Discoveries of the golden 15th and 16th centuries. Thirty-three Portuguese heroes are represented on each side of the monument, including Henry the Navigator, Vasco Da Gama, Ferdinand Magellan and Bartolomeu Dias (the first person to cross the Cape of Good Hope), and many other explorers, mathematicians, artists and kings.

There is a Compass Rose on the ground near the monument, which shows a map of the entire world, highlighting the routes of the Portuguese navigators. It was a gift from the Republic of South Africa in 1960, as the Portuguese were the first explorers to cross the Cape of Good Hope.

Two other major attractions in Belem are the Pasteis de Belem bakery and the Jerónimos Monastery, where Vasco Da Gama is buried. More about them later.

If you have more time you can also visit the National Coach Museum, Lisbon’s most visited museum. 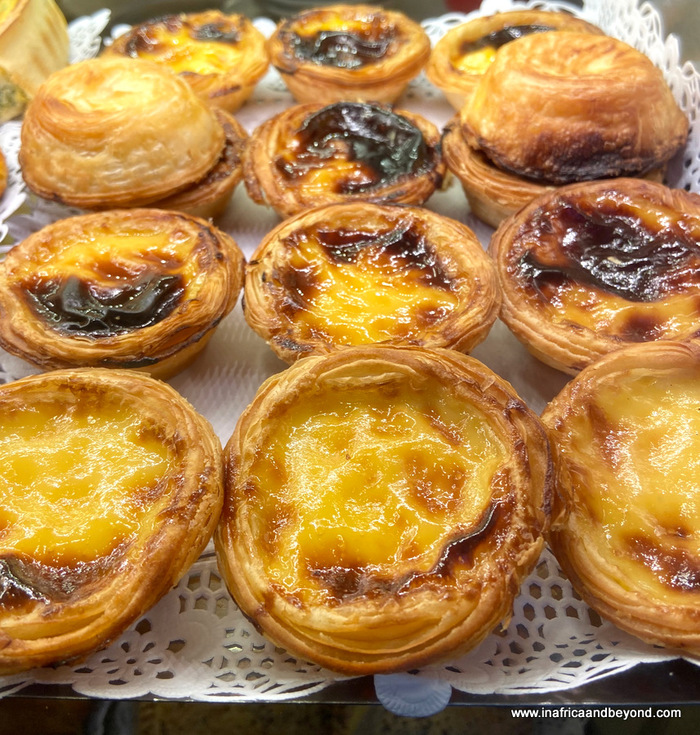 Portuguese food, especially peri-peri chicken, is popular in South Africa. Think Nando’s and Barcelos. However, the bacalhau (codfish) and pasteis de natas are not as common here. As our Brazilian taxi driver in Lisbon told us, if you haven’t eaten bacalhau and pasteis de natas, then you haven't been to Portugal. So, of course, we had to have some.

It is said that there are 1001 ways to cook cod in Portugal. We enjoyed the Braga-style cod, which is prepared with tomatoes and onions. Another dish you must try is the fresh grilled Portuguese sardines.

Pasteis de nata are delicious cardamom-flavoured Portuguese Custard Tarts that were first created by the monks at the Jerónimos Monastery in Belem during the 19th century. The traditional recipe is still followed at the Pasteis de Belem bakery, which sells the best pastries. However, don’t fret if you can’t get there, as pasteis de nata are sold all over Portugal, albeit not as good as the Belem ones.

10. Hop on and off the City Sightseeing Bus 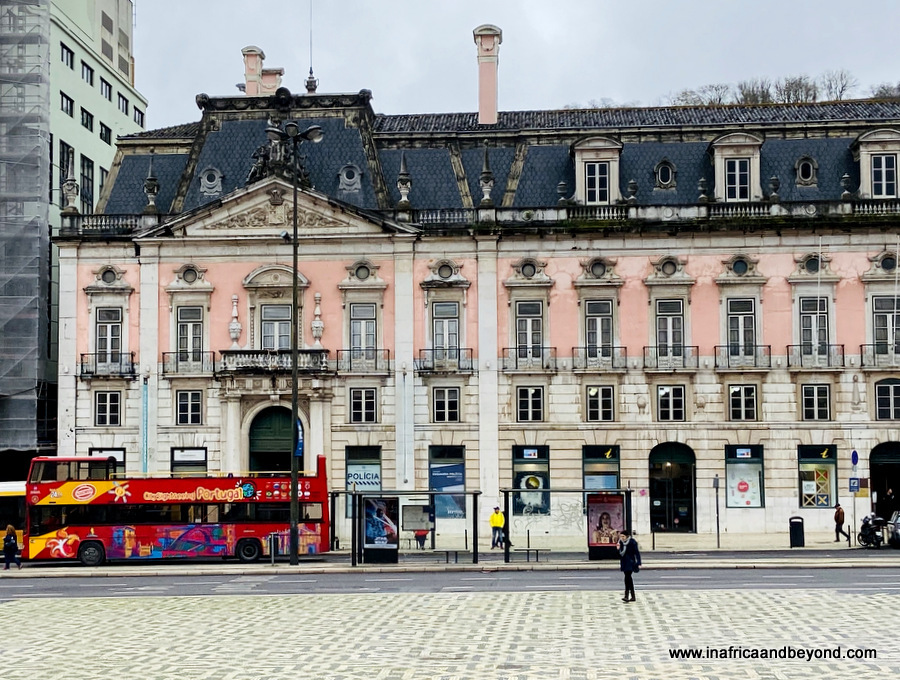 The City Sightseeing Bus Lisbon is a quick and convenient way to see the main attractions of Lisbon in one day - with children -and to get an overview of the city.  It is also more comfortable to take the bus than to walk through the hilly city. The bus routes start from Marquis de Pembal square - where a winter fun fair was taking place when we were there in December - but you can hop on and off at any of their other stops.

Interesting commentary in multiple languages provides information on the attractions, and anecdotes about the city. There are two routes covering 33 stops.

How to get around Lisbon

The most flexible way to get around Lisbon is to rent a car. You will be able to explore the city and the surrounding areas at your own pace. With Discover Cars, you can book an affordable car online and pick it up at Lisbon airport on arrival

If you prefer not to drive, the Lisboa Card offers free unlimited transport on all public transport in the city, free entrance to 35 museums and monuments, and discounts of between 5% and 50% on more than 60 attractions. Trains to Sintra are also included. The cards are available in adult and child versions, for 24 hours, 48 hours or 72 hours.

You can also use the City Sightseeing Bus to see the main attractions of Lisbon in one day .

Where to stay in Lisbon

Lisbon is quite an affordable city to stay in. Here are the most popular areas to stay in:

Baixa and Chiado: the most central districts

Alfama and Mouraria: the oldest districts

We stayed in a lovely Airbnb apartment. It was modern, spacious, and well-equipped with great views. If you would like to book an Airbnb apartment, take advantage of my discount code for first-time users.

If you have more time, you can also do a cruise on the Tagus River or visit the beaches.

If you have an extra day, do visit Sintra, a UNESCO World Heritage site and one of the most picturesque places in Portugal, where there is an abundance of fairy-tale like places. I wish I did. 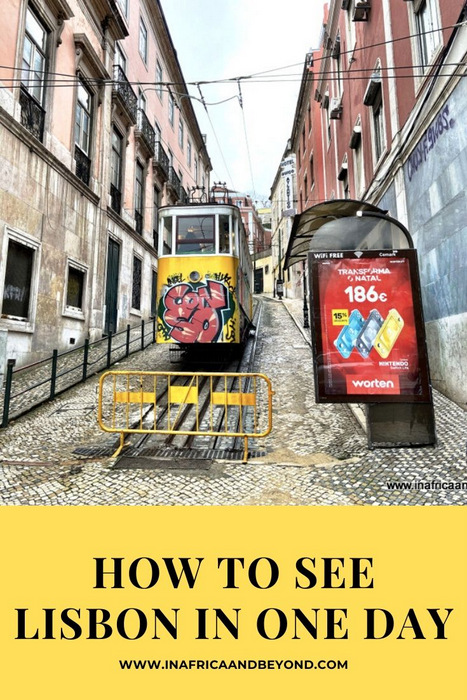 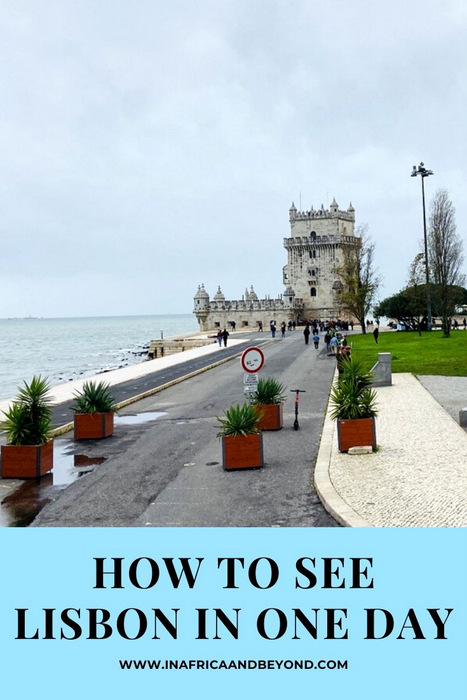