10 Best Things to do in Toledo , Spain 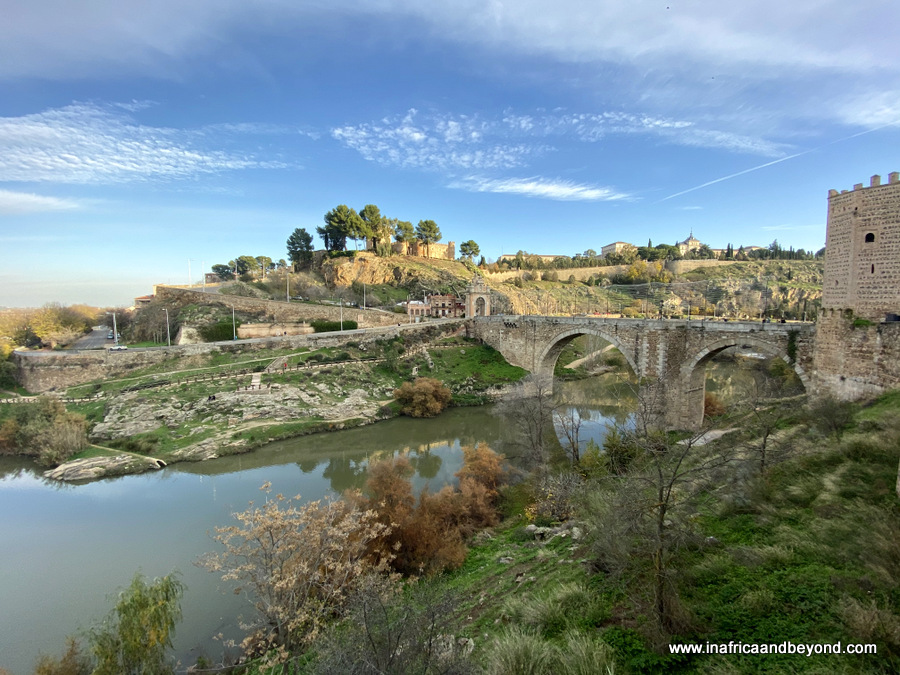 Looking for things to do in Toledo , Spain ? Read on...

While researching things to do in Spain, and specifically Madrid, I constantly saw Toledo being recommended as one of the best places to visit in Spain. Once I Googled it, I instantly knew that it was a place I had to go to – even if it meant omitting something else from my itinerary.

A fascinating ancient city and UNESCO World Heritage Site perched high above the Castilla La Macha plains, Toledo will make you feel as though you’ve stepped back in time into a medieval fairy tale. Surrounded by the River Tajo on 3 sides, like a moat, it is a town of castles and cathedrals, towers and bridges. The capital of Spain until 1561, it was ruled by the Romans, the Moors, the Visigoths and the Spanish in turn. Evidence of each era can be found in the many layers of history surrounding the city.

Close to Madrid, Toledo can be easily visited as a day trip from Madrid by bus from Plaza Eliptica or train from Atocha Station, in under an hour. Once you get there, a series of elevators will lead you up into the old town from the bus and train stations. I thought that this was rather considerate of the authorities as most other places would just expect you to walk up the steep hills. 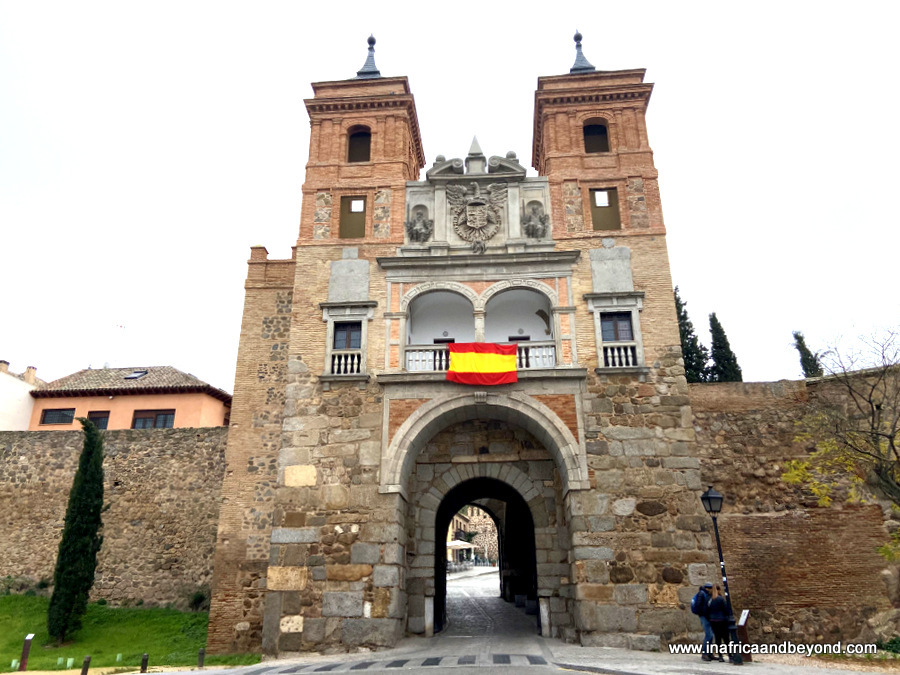 Massive city gates will lead you through the city walls. Spectacular architecture and breath taking views are revealed in turn as you navigate through the winding cobblestone alleys. Before you know it you will be in The Plaza de Zocodover, the main square, which is a good place to start exploring from. 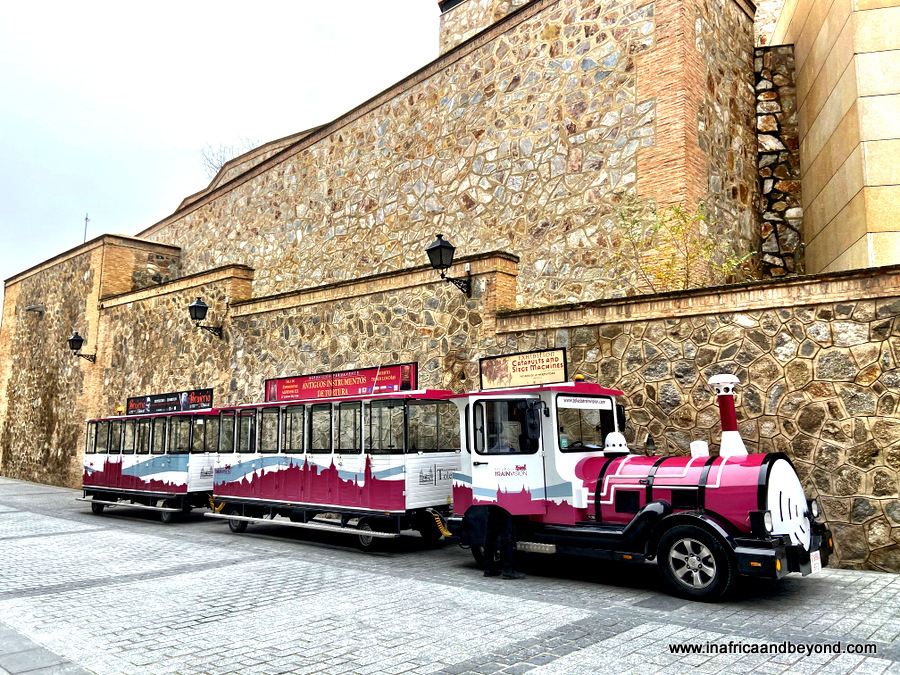 The best thing to do in Toledo is walk – even though there is a touristic train and a City Sightseeing Bus. Walk around the city walls and see the majestic city gates. Walk along the banks of the Tajo river and marvel at views that look as though they belong to a movie set. Walk through the labyrinthine alleys and get gloriously lost in this living museum. However, if you’re looking for specific things to see and do in Toledo , then read on. 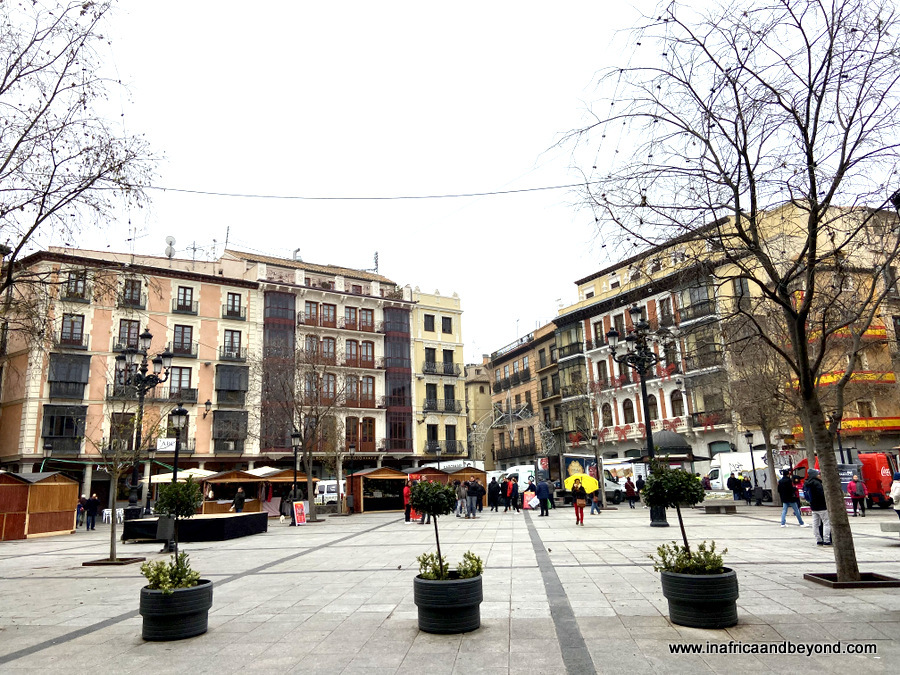 In the past, the square was once an Arab livestock market - Zocodover means "place of animals". Much later, it became the scene of bullfights and public burnings at the stake. These days, it is a popular square with cafes, markets and restaurants. 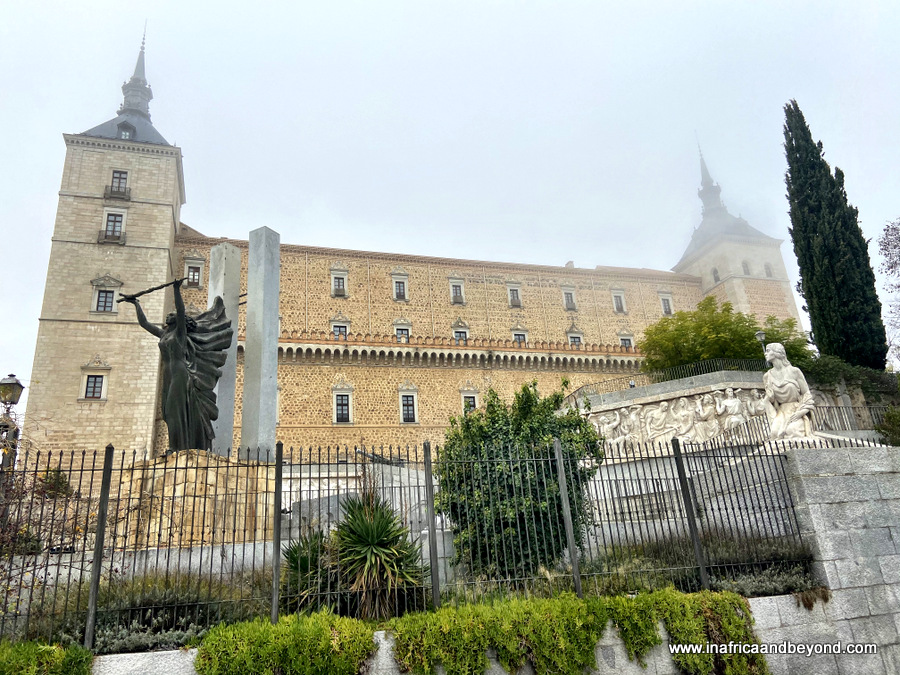 This old fortress and palace with its four corner turrets, dates back to Roman times. Located at the highest point of the city, it used to be Spain’s main seat of power. It now houses a military museum displaying the history of the Spanish army. The Bibloteca (library) and coffee shop at the top offer panoramic views of the city, and are accessible via a separate entrance. 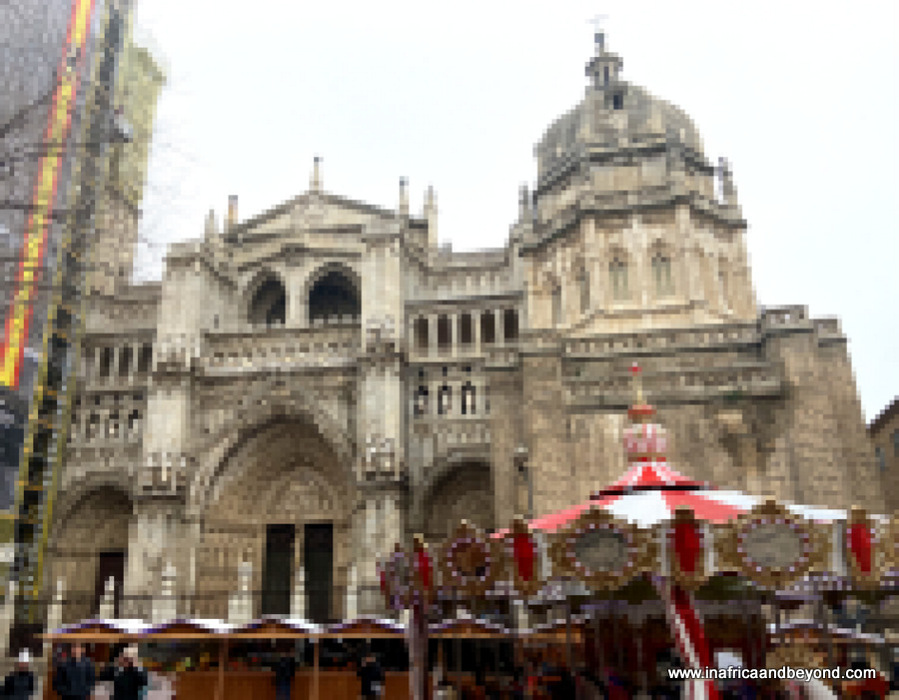 The second-largest church in Spain, the Cathedral dates back to the early 15th century, and is a mix of Renaissance, Gothic, Baroque and Neoclassical styles. It took over 250 years to build. The site  was once the location of the town’s main mosque, and the minaret can still be seen.

This museum was established in honour of Toledo’s most famous resident, El Greco, a Greek artist who moved there in 1577. The museum consists of two buildings, a courtyard and a garden, and contains some of his masterpieces as well as works by other artists. 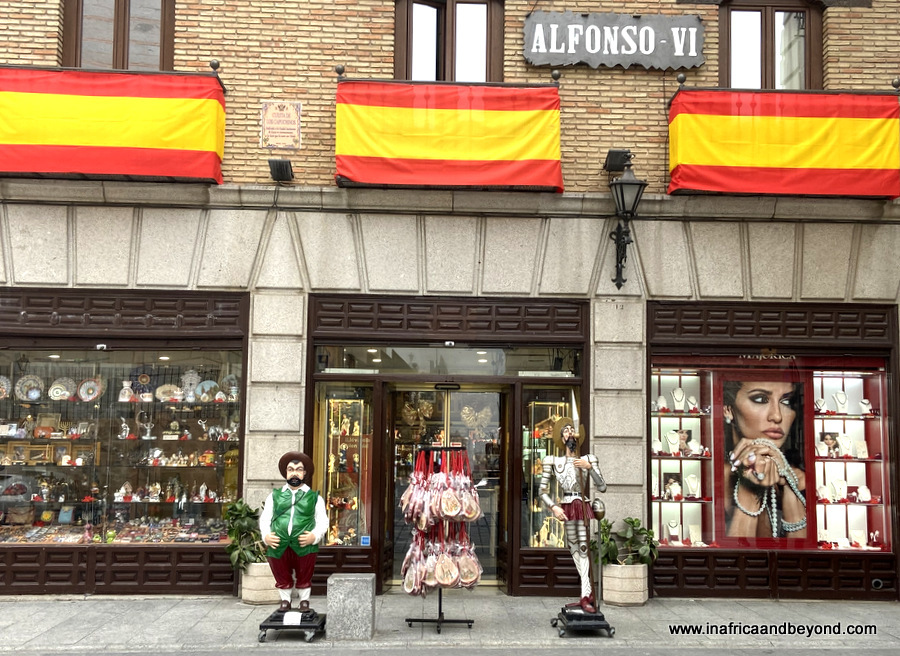 Did you know that Miguel de Cervantes of Don Quixote fame was also a resident there at one stage? 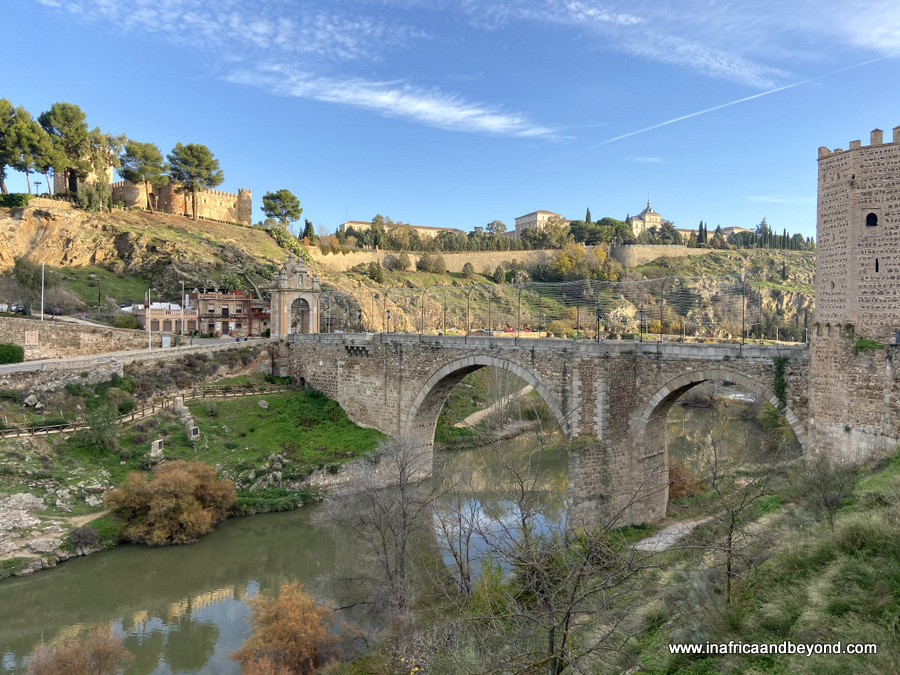 This is the most beautiful historic bridge in Toledo. Although it has been rebuilt since then, the old Roman bridge was once the only way for pilgrims to enter the city. The bridge is located at the foot of the Castle of San Servando,  a medieval castle which was first a monastery and later occupied by the Knights Templar. 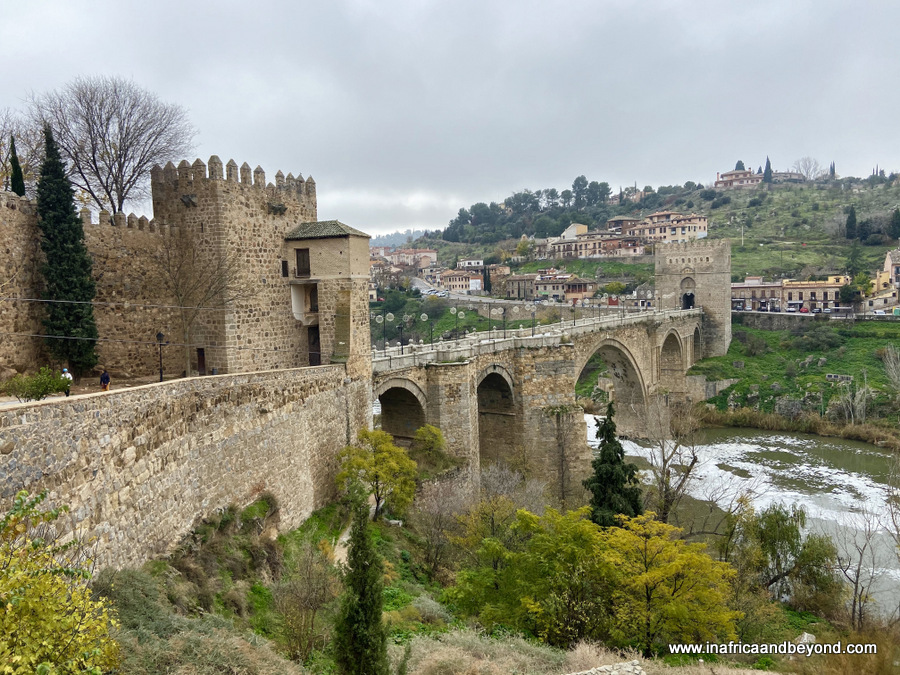 This is another beautiful medieval bridge offering painting-like views of Toledo. There are defensive towers at each end. According to legend, the original architect who designed the bridge realized just before it was to be opened, that the structure was unstable due to his miscalculations. His wife, in an attempt to save his reputation destroyed the bridge by setting fire to the beams one night during a thunderstorm. This was subsequently blamed on the lightning.

The architect was then able to correct his errors for the subsequent rebuild. At the bridge , you can experience Europe's longest urban zip line (180m). Although we didn’t ride it, we saw other adventurers gliding across the river. We spent alot of time here admiring the views and taking photos. 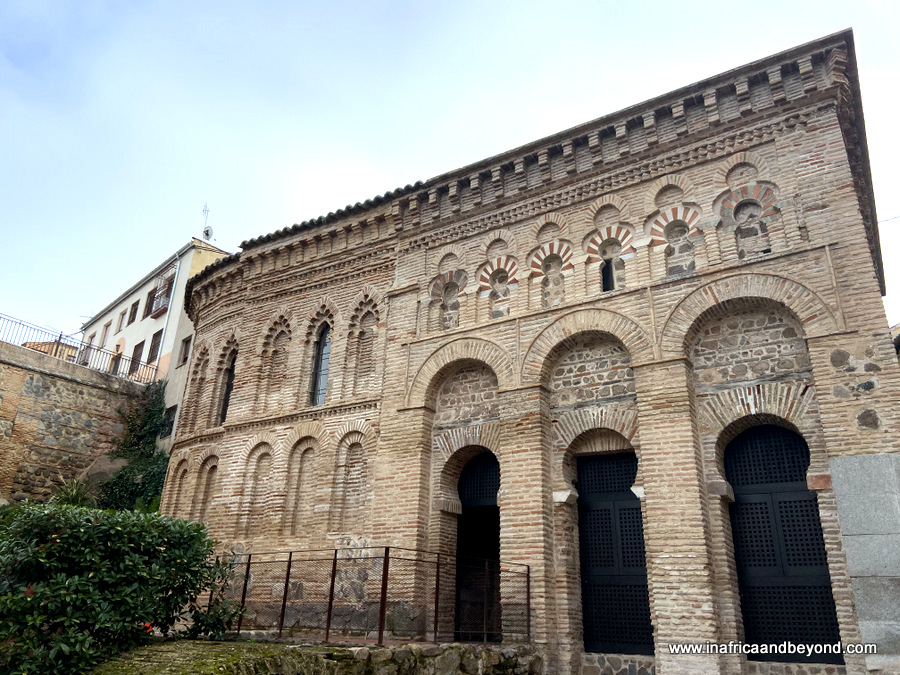 The Mezquita was built in 999. It is the only one out of ten mosques in Toledo that still stands today. It was later converted into a church, then a museum, but still retains its original state and Arabic inscriptions.

From this viewpoint, you can see the Alcazar, the Cathedral, the city walls, and the river. It’s a beautiful spot to watch the sunset and enjoy the view. It takes about 30-40 minutes to walk there from the station, or you can take a taxi or hop-on hop-off bus or train. 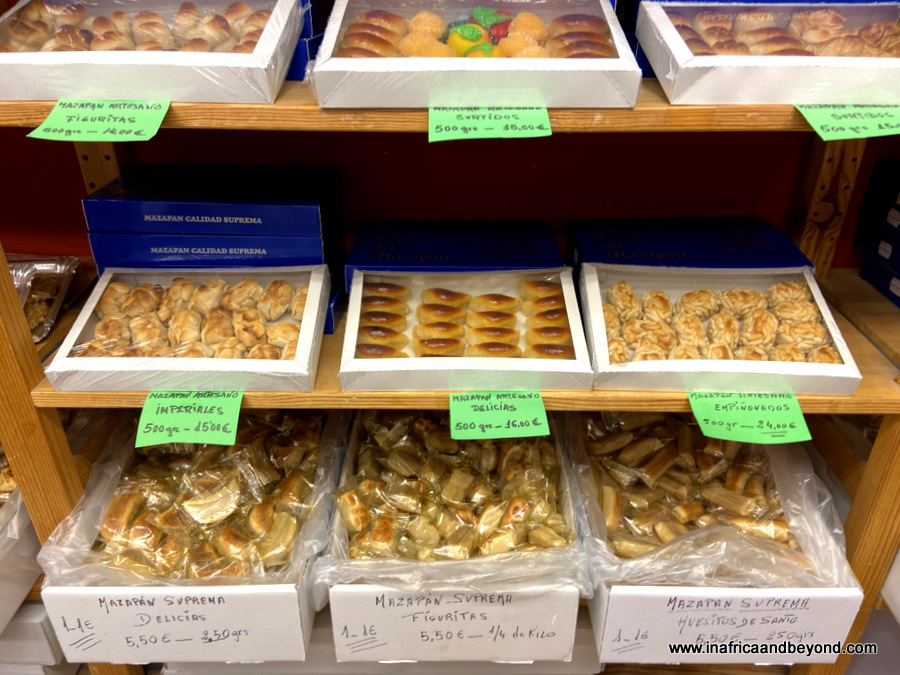 Toledo’s marzipan is world-renowned, earning it a protected status. A traditional pastry made of almonds and sugar, it has been enjoyed there for centuries. The City of Three Cultures was home to Muslims, Christians and Jews, who all ate marzipan as it was Halaal and Kosher. There are bakeries and shops selling marzipan all over Toledo. If you have time, you can even go for a marzipan-making class. 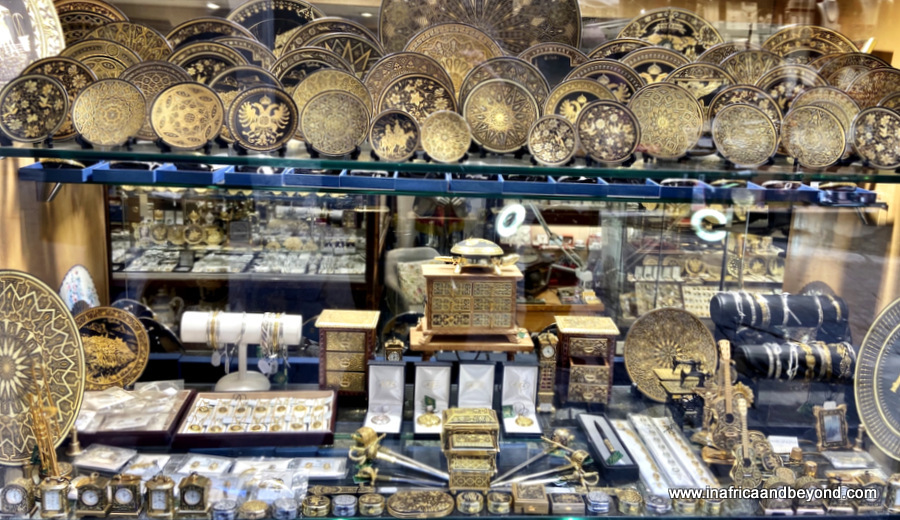 Toledo is an antique shopper’s paradise, selling unique attractive souvenirs and collectibles items including swords and damascene ware (steel decorated with gold, silver and copper thread). Toledo was reputed to make the best steel in the Middle Ages, based on skills imported from the Middle East. The swords used in The Lord of the Rings movies were also crafted in Toledo.

Where to eat in Toledo

There are many places to eat in Toledo depending on your taste buds. We lunched at a lovely Moroccan restaurant called Tulaytula, and thoroughly enjoyed their signature dishes.

Toledo was one of our favourite places in Spain. In my opinion, it is a must-see in Spain.

Have you been there? What are your favourite things to do in Toledo ? 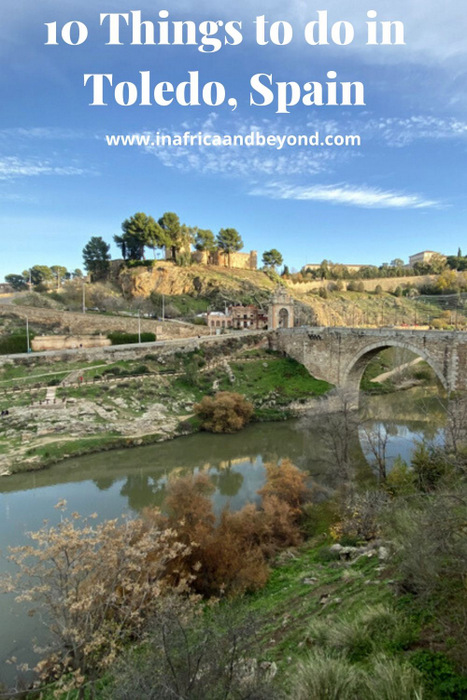