A tour of Alexandra Township - 7 interesting things to see there 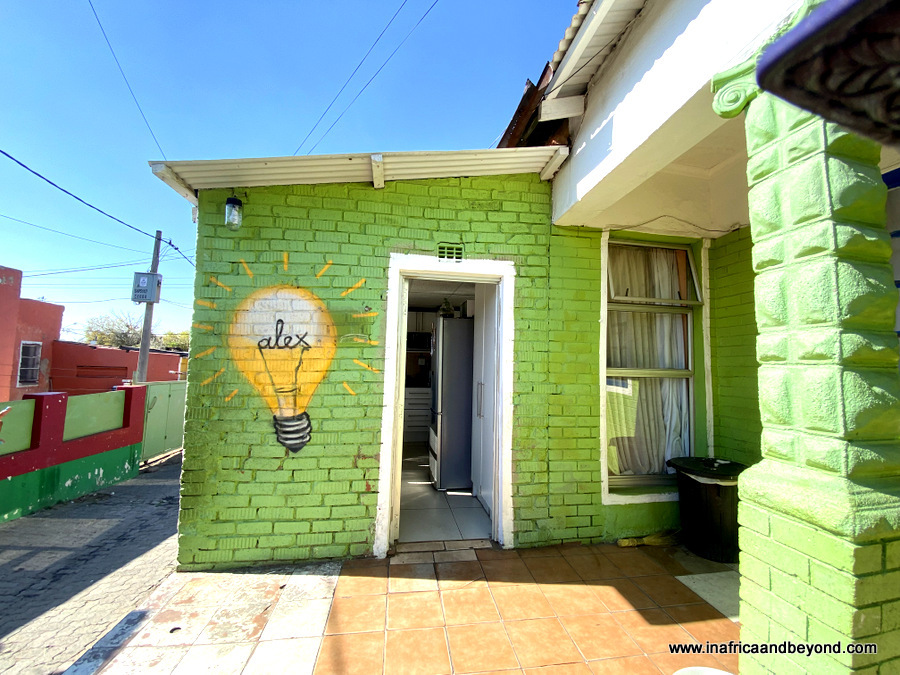 A tour of Alexandra Township

“Life in Alexandra was exhilarating and precarious. Its atmosphere was alive, its spirit adventurous, its people resourceful.” Nelson Mandela, Long Walk to Freedom

A short drive away from Sandton - Africa’s richest square mile – but otherwise galaxies apart, lies Alexandra Township, otherwise known as Alex. Johannesburg’s oldest township, it is one of those places that I’d always heard about but never considered visiting, until I got the opportunity to go there on my recent tour with Joburg Tourism.

The best way to get to know a place is to see it through the eyes of locals who are passionate about it. We met local guides, Maboneng Township Arts Experience founder Siphiwe Ngwenya and tour guide / basketball coach, Harry Nakeng, at Alex Mall. They introduced us to Alexandra, and as we meandered through its narrow, bustling streets, we got glimpses into the everyday lives of its inhabitants and heard some of their stories.

A brief history of Alexandra Township

"The townships in South Africa were designed as fortresses of apartheid control, a malicious and deliberate use of urban planning to alienate communities." South Africa Tourist Board

What is a township?

During the apartheid era, non-white people were evicted from their homes and displaced to suburban areas on the edges of the cities without basic amenities or infrastructure, where they were further segregated according to race. These became known as townships.

Alexandra Township was established in 1912 by Mr. HB Papenfus, a wealthy farmer, who owned the land it was laid out on. It was one of the only urban places in the country where black people could buy land at the time. He named it after his wife.

The township is built along the Jukskei River which divides the West Bank, where most of the shack dwellings are found, and the East Bank, the newer section of the township, where middle class residents live in brick houses. It is currently home to an estimated 750,000 people, living in an area of approximately 8 square kilometres. Many are immigrants from the rest of the African continent.

Once called the 'Dark City' because of its lack of electricity, it is now referred to as Alexandra Maboneng (place of light), although it shouldn’t be confused with the Maboneng inner-city precinct.

Here are 7 interesting places to see in Alexandra Township 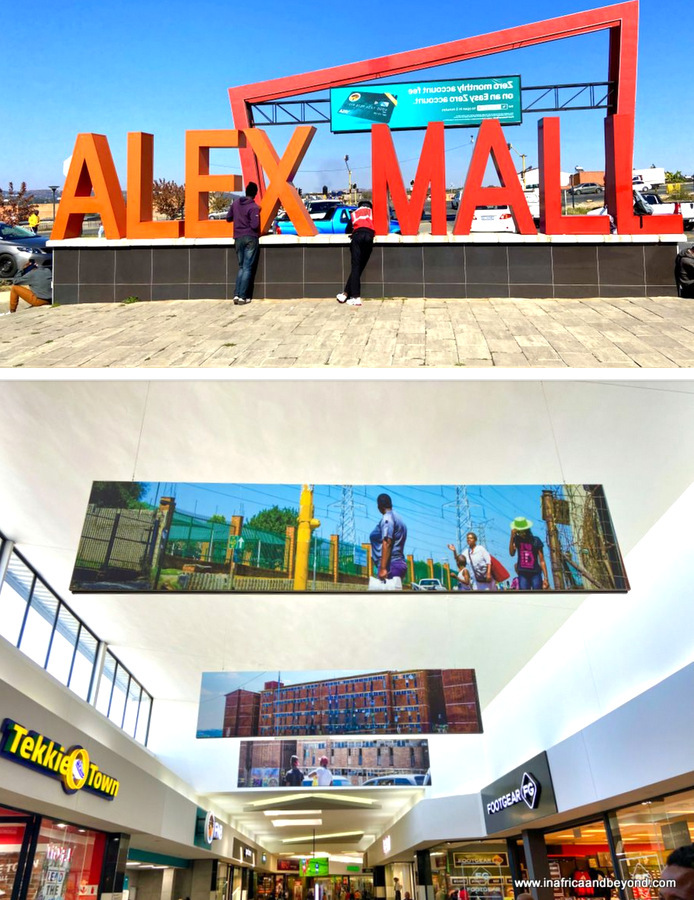 Before you roll your eyes at a mall being included in a list of things to do in a historic township, let me explain. Alex Mall is a modern, stylish mall with similar tenants to other shopping centres in South Africa. However, the distinctive feature here is the way Alex’s history has been integrated into the mall’s design and decor.

Display panels along the walls of the shopping centre trace the history of the township and profile some of its most famous current and former residents. Among them are former South African Presidents Nelson Mandela and Kgalema Motlanthe, former Mozambican President Samora Machel, comedian Trevor Noah, musician Hugh Masekela and soccer boss Irvin Khoza.

2. The “I Heart Alex” Viewpoint 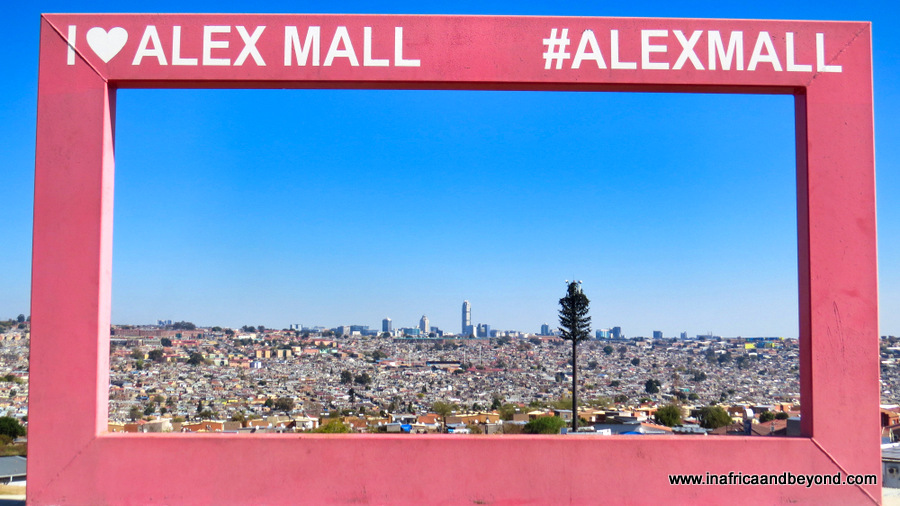 Our walk through the mall led us to the back entrance from where we emerged. There is an “I Heart Alex Mall” photo frame there which showcases the best views of sprawling, densely populated Alex, with the glittering Sandton skyscrapers towering behind them.  According to Harry, it showed the contrast between the haves and the have nots. 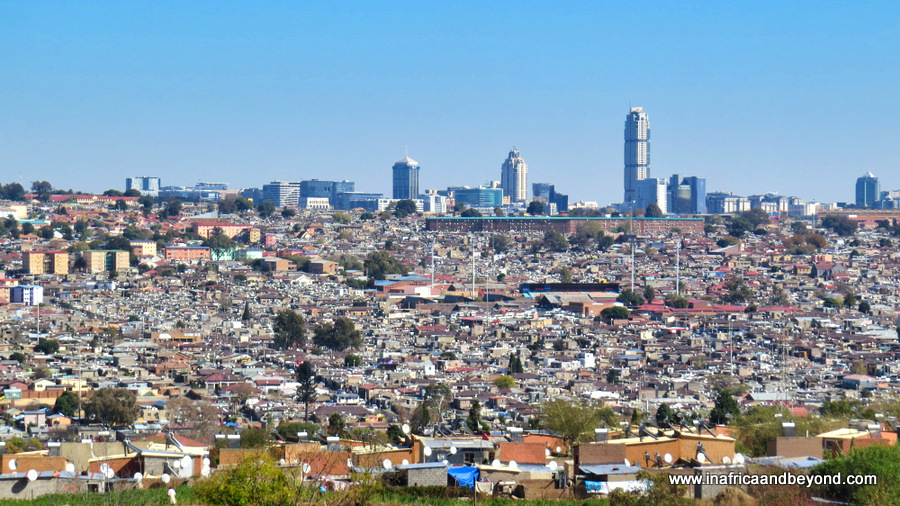 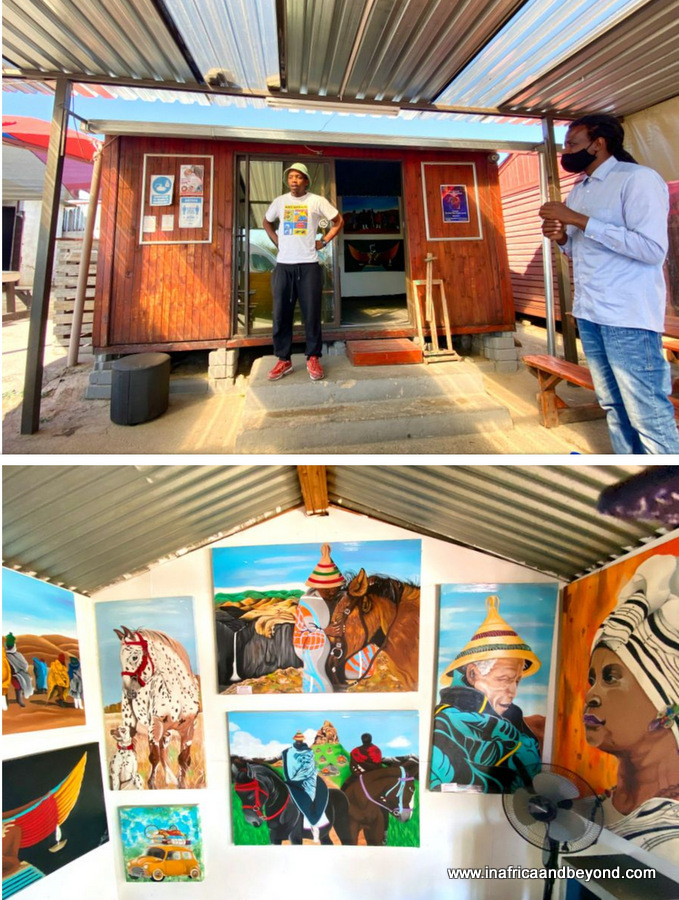 Our next stop was Art Affair, a small art gallery and studio housed in a converted wooden cabin, which also serves as a community gathering place and events venue, and a place for local artists to showcase their art. It was started by talented local artist Mxolisi Mbonjwa, who has been painting since he was 11. Mxolisi told us his inspiring story, and we got to see his beautiful art works. 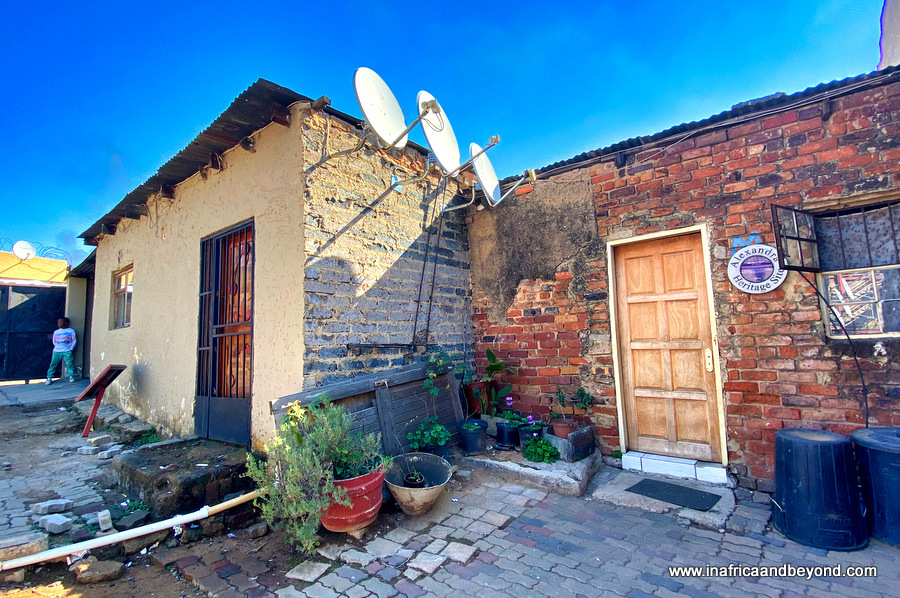 Madiba rented this backyard room in Alexandra when he first came to Johannesburg in 1941. He talks about it fondly in his autobiography.

“Alexandra occupies a treasured place in my heart. It was the first place I lived away from home.”

“In order to make ends meet, Mr. Xhoma, like so many other residents of Alexandra, rented rooms to boarders. He had built a tin-roofed room at the back of his property, no more than a shack, with a dirt floor, no heat, no electricity, no running water. But it was a place of my own and I was happy to have it.”

Excerpts from "Long Walk to Freedom" by Nelson Mandela 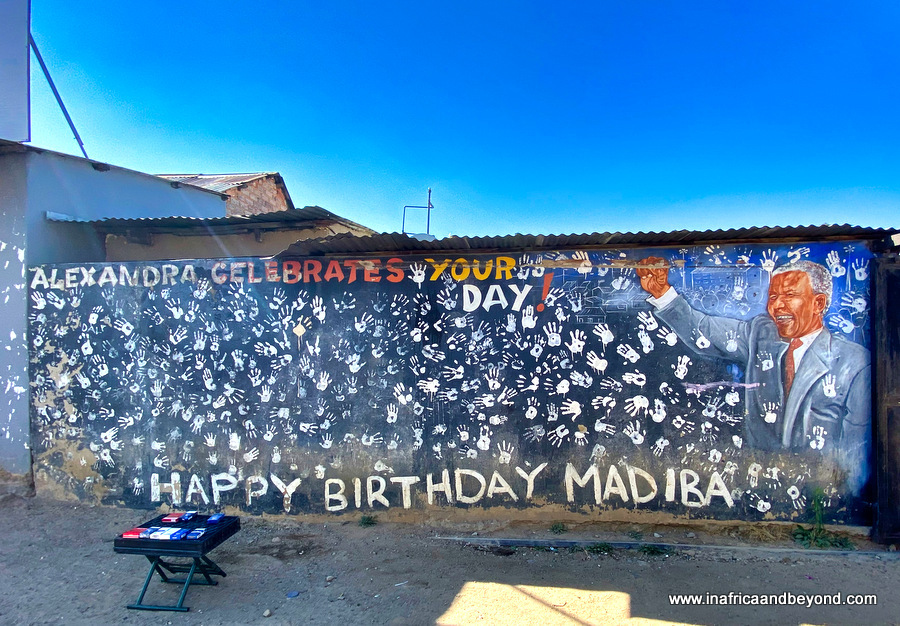 The yard is now known as the Nelson Mandela Yard Heritage Precinct although it is not possible to go inside the house. When we got there, a group of small kids were hiding behind the signboard. They emerged shyly from there and followed us around the yard. 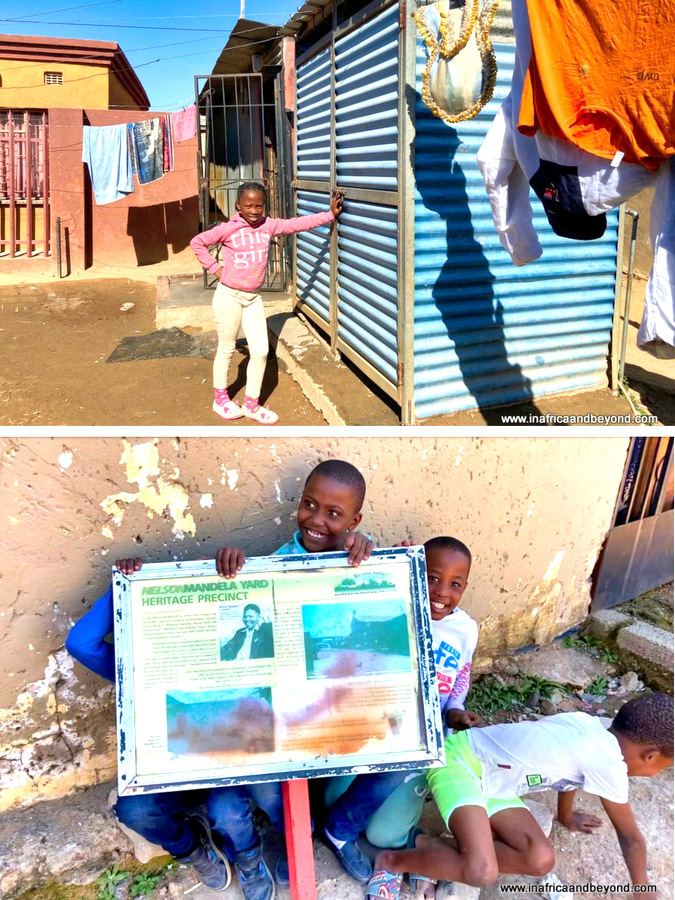 Bodybuilding champion /artist Tumi Masite is often called "South Africa’s Schwarzenegger”. He earned this moniker not only because of his huge muscles but also because he was trained by the late Reg Parker, Arnold Schwarzenegger’s former trainer. Although his own bodybuilding career was cut short by a hip injury, he now mentors and trains young athletes at his iKasi Gym, a shipping container in his grandmothers backyard that has been converted into a bodybuilding gym. 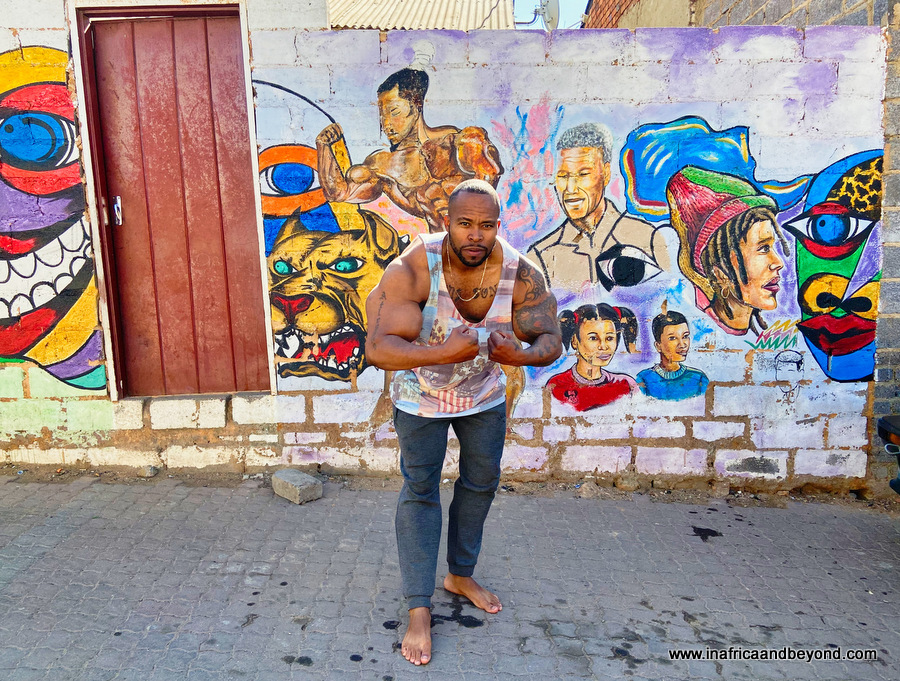 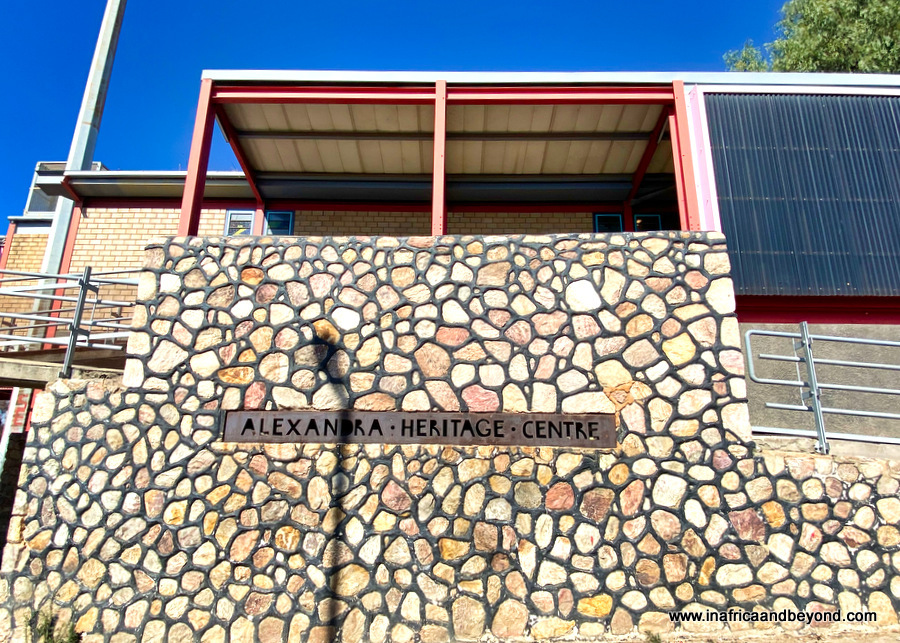 The Alexandra Heritage Centre is a museum which showcases the history of Alexandra and provides great views of the township from its balconies and windows. Unfortunately, it was closed when we visited, so we just saw it from the outside. 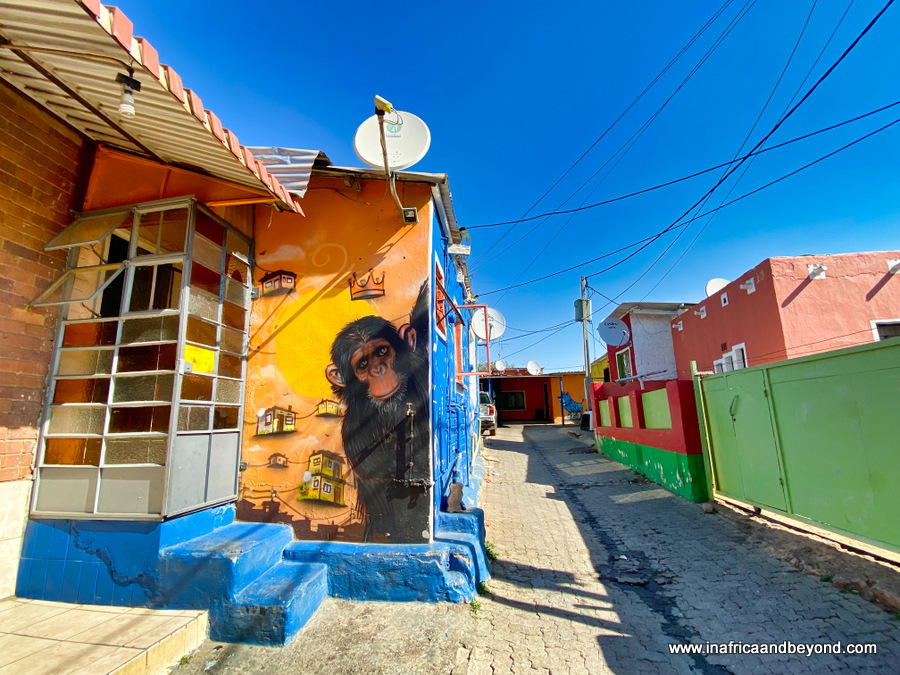 The Maboneng Township Arts Experience turns township homes into exhibition spaces for local artists. Their mission is to empower locals and create jobs while promoting arts and culture. Although it began in Alex, it now includes townships around the country. Prior to Covid-19 times, these tours would take visitors into the homes. We visited one of the participating streets, and although we did not go inside, we still enjoyed looking at the brightly painted houses and photographing them. Virtual tours are also available. 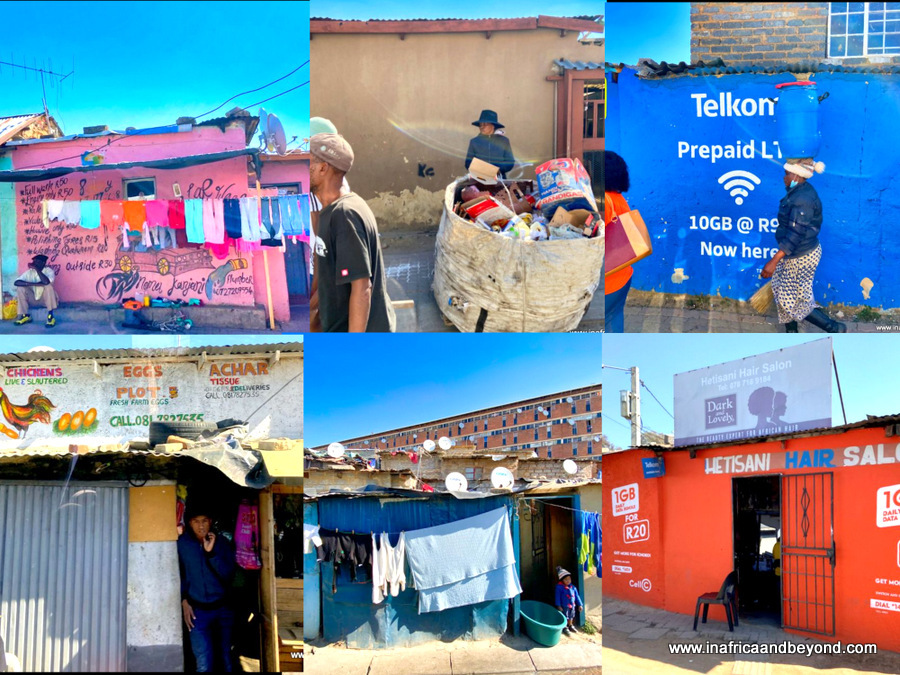 If you haven’t been to Alex yet, then do visit this historic township. Although it is smaller than Soweto, which was established in the 1930s, it is just as interesting, even though it does not attract as many visitors as Soweto – which is more widely marketed. Be sure to go with a knowledgeable local guide or else you’re likely to get lost, or possibly mugged. 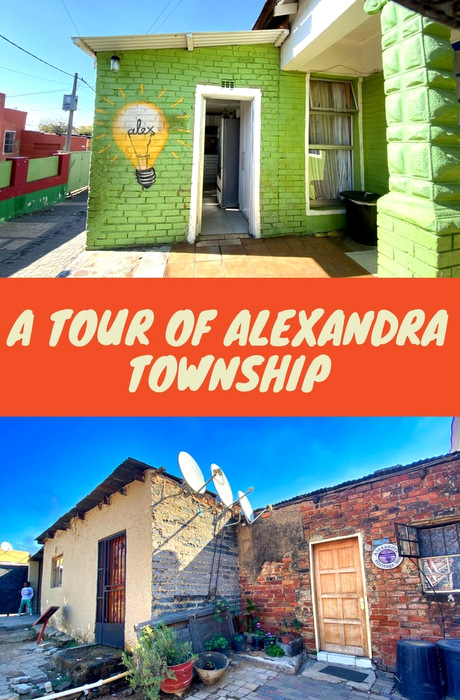