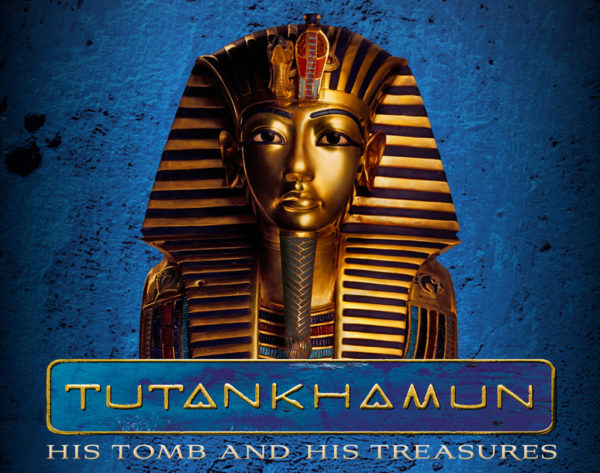 Tutankhamun Exhibition– His Tomb and His Treasures

Around 3300 years ago, in ancient Egypt, a young boy became a Pharoah at the tender age of eight. He ruled for about ten years at a time when the Egyptian Empire was at its height and died at the age of eighteen under mysterious circumstances. He was hastily buried in an underground tomb in the desolate Valley of the Kings, like the other kings from that era. Over the years, the entrance to the tomb was buried under rubble and debris and the tomb was lost and forgotten until 1922 AD, when it was discovered by Howard Carter, an English Egyptologist and Lord Carnarvon, his benefactor.

What made this find remarkable was that it was by far the best preserved Egyptian royal tomb ever discovered and contained fabulous treasures. Most others had been damaged and looted by tomb robbers in search of riches over time.

‘Tutankhamun – His Tomb and His Treasures’ cleverly tells the story of the discovery of the boy-king’s tomb with a combination of multimedia presentations and more than 1000 scientifically-produced replicas constructed to scale.  Visitors can relive the exciting moments of the discovery and marvel at the reproductions of the treasures that had been buried under the earth for so long.

Tutankhamun’s original treasures are safely ensconced in glass display cabinets in the Egyptian National Museum in Cairo although the actual tomb is still in the Valley of the Kings. I was privileged to see the treasures during my visit to Cairo a few years ago but my children were too young to remember what they saw. I was therefore quite excited when I heard that this exhibition would be coming to South Africa for the first time and planned a visit long before it opened.

Once we got there, we were given audio guides which can be activated at the correspondingly numbered displays. Quite thoughtfully, there was a children’s version too, for little minds that are easily bored with long-winded explanations. My daughter is in Grade 5 and had studied Ancient Egypt and Tutankhamun as part of her Social Sciences curriculum so she was fascinated by the display. To the rest of us, it was equally intriguing as Ancient Egypt has fascinated people for centuries.

A nail-biting video of the events leading to the discovery kick-started the exhibition. The excitement was palpable. It was almost as though we were standing next to Howard Carter as he broke through the wall and lit a candle to reveal untold treasures through a small hole in the wall. Lord Carnaveron asked him what he saw. “Wonderful things!” was his response. The candle flame flickered in the darkness and I held my breath as glimpses of glittering gold were revealed…and then the video stopped …and we were led into a chamber where we saw the replicas of what Carter saw.

Some of the more fascinating replicas, besides the huge coffins and the sarcophagus, were that of Tutankhamun’s mummy and his gold burial mask, which has come to symbolise Ancient Egypt. A heart-rending replica was that of the miniature coffins which held the bodies of his two stillborn children.

‘Tutankhamun – His Tomb and His Treasures’ was on display at Silverstar’s exhibition centre, The Globe, in Johannesburg between 2 December 2014 and 1 March 2015. It has visited numerous cities around the world, including Paris, Dublin, Zurich and Munich but is visiting Africa for the very first time.