What to do in Hong Kong in 36 hours 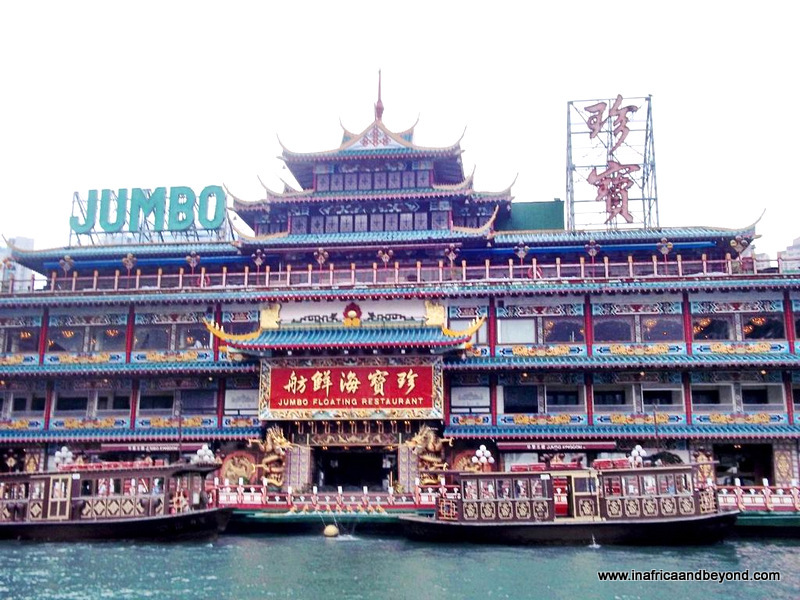 Do you have limited time in Hong Kong? Read on to discover things to do in Hong Kong in 36 hours...

“Two tickets to Stewart Road , Wan Chai” , I said to the sturdy woman behind the ticket counter. The bus terminal was just outside Hong Kong International Airport. The sign facing me said 40 (HKD) Hong Kong Dollars to Stewart Road. I gave her 100 HKD.  The woman glared at me and shoved the tickets at me. I waited for my change. It was not forthcoming.

I asked her for it. “You say two adults, one child- no change”, she replied in broken English. I realized that she had given me 2-and-a-half tickets. “No, I said Wan Chai, not one child” as I returned the half ticket to her. After much going back and forth, she gave me my change but she was certainly not happy about it.

That was my introduction to Hong Kong. 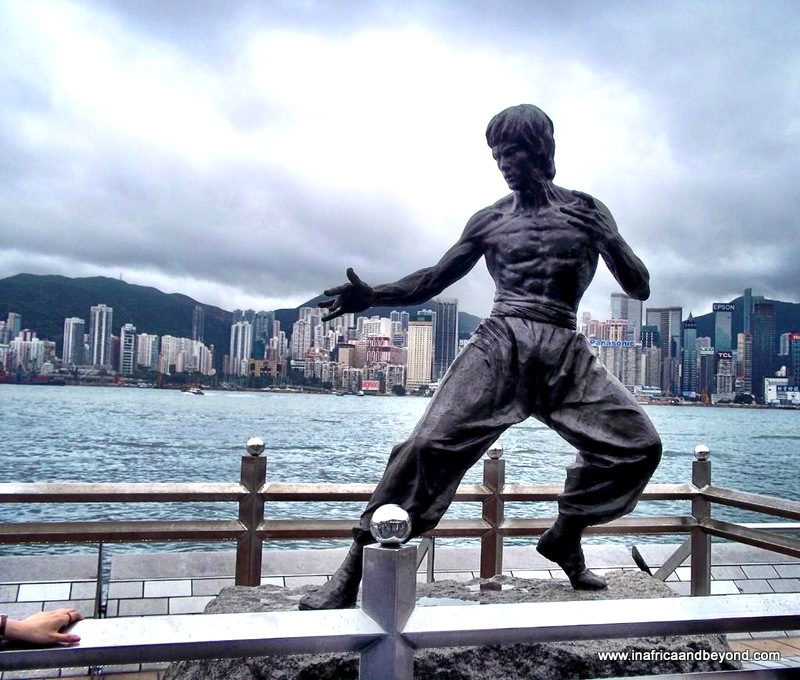 The next day we took the Star Ferry to Kowloon and walked along the Avenue of Stars, Hong Kong’s version of the Hollywood Walk of Fame. Bruce Lee’s statue was understandably very popular as hordes of tourists queued to take photographs with him. We looked at the other handprints but not recognising any of the names, we stopped looking at them and went into Starbucks for a Red Bean Green Tea Frappuccino instead. Later, we learnt that we had missed Jackie Chan’s handprints. (sigh) 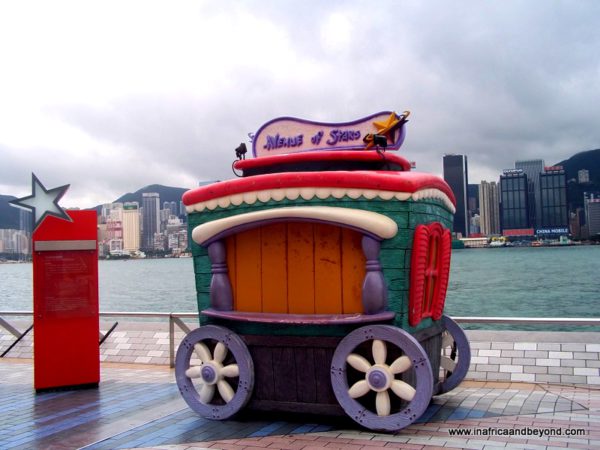 But Hong Kong had many other faces.  Our time constraints permitted us only 36 hours there. The hop-on, hop-off Big Bus Tour appeared to be the best way to see as much as possible in such a short space of time.  The three routes it offered covered the Hong Kong Island tour, the Kowloon tour, and the Southern side of Hong Kong Island.  After exploring Kowloon’s busy streets and running into other South Africans from our neighbourhood there, we explored the colourful Little India area where one would be forgiven for thinking that one was actually in India. 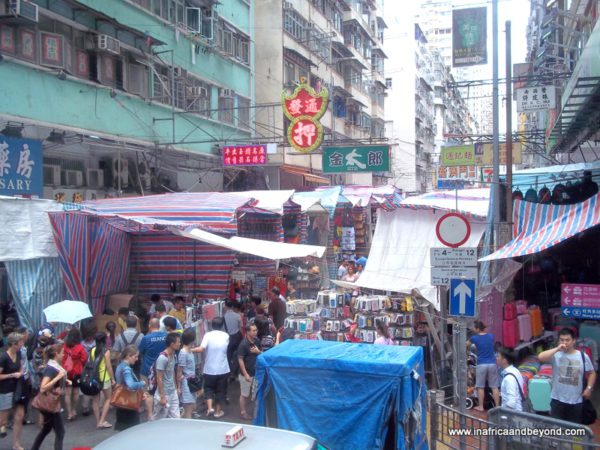 Later, we found ourselves back on Hong Kong Island, passing stunning views of Hong Kong’s coastline and lush countryside on the winding road towards Stanley…as it rained on us. 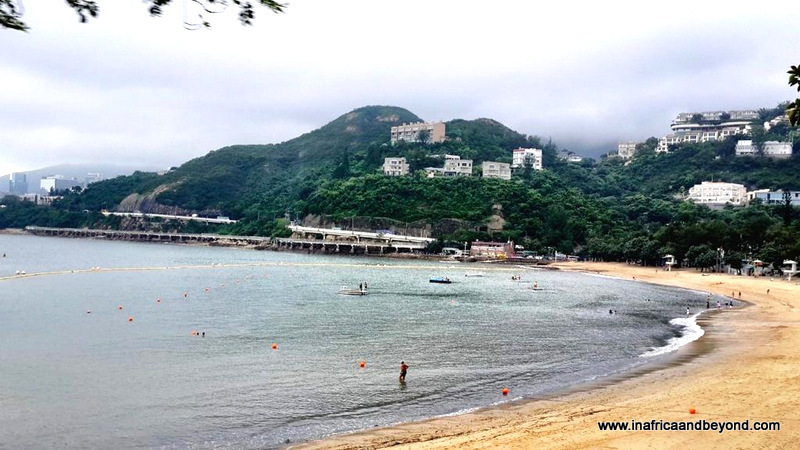 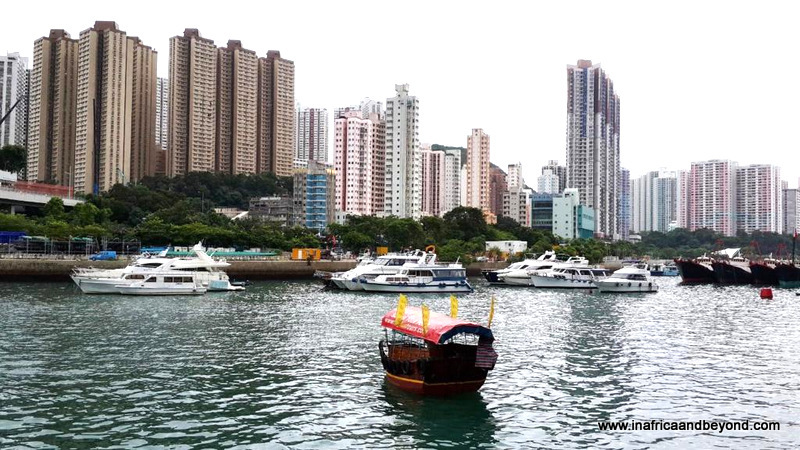 We went on a 30-minute ride around the harbour on a sampan - a flat-bottomed, traditional, Chinese fishing boat. It is partly covered for shelter. 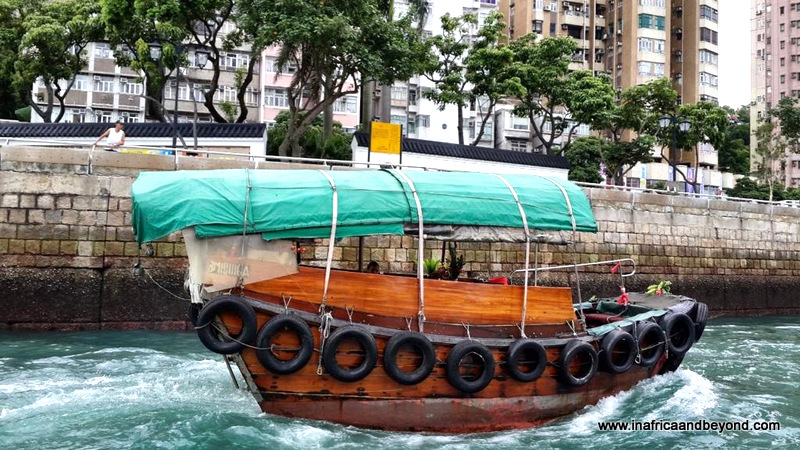 We got to experience a bit of the old Hong Kong on this ride as our sampan took us past boathouses, fishermen, yachts and one of Hong Kong’s most famous icons – the Jumbo Floating Restaurant. (Pictured above)

When night fell, we made our way to Victoria Harbour and the Golden Bauhinia Square where we were dazzled by the Hong Kong Symphony of Lights, the biggest permanent sound and light show in the world, according to the Guinness Book of World Records. 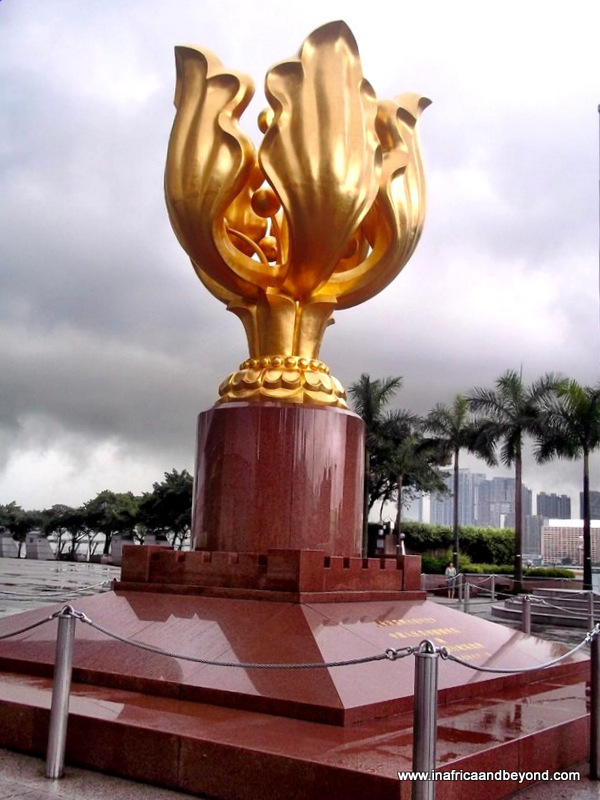 The show takes place every night and includes more than 40 buildings on both sides of the harbour. The main stars are the dancing lights and laser beams, carefully synchronised with the accompanying soundtrack and an English commentary. It was a great way to see Hong Kong by night. 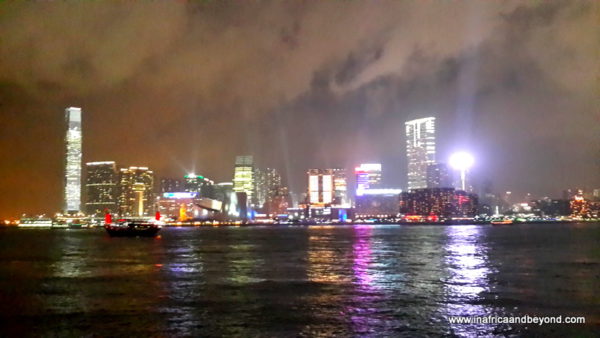 With the kids not being with us on this trip, we gave Disneyland and Ocean Park a deliberate skip. But something which we did not deliberately miss was the tram ride up to The Peak, the highest point on Hong Kong Island which has great views of Hong Kong. The popular attraction was closed due to the weather. There was a lot more to see in Hong Kong and I’d love to go back some day and spend more time there but it was time for us to move on to China.

Do you have any ideas on what to do in Hong Kong?

To read my review on Air China, click here.

For the best flight deals to China , click here .