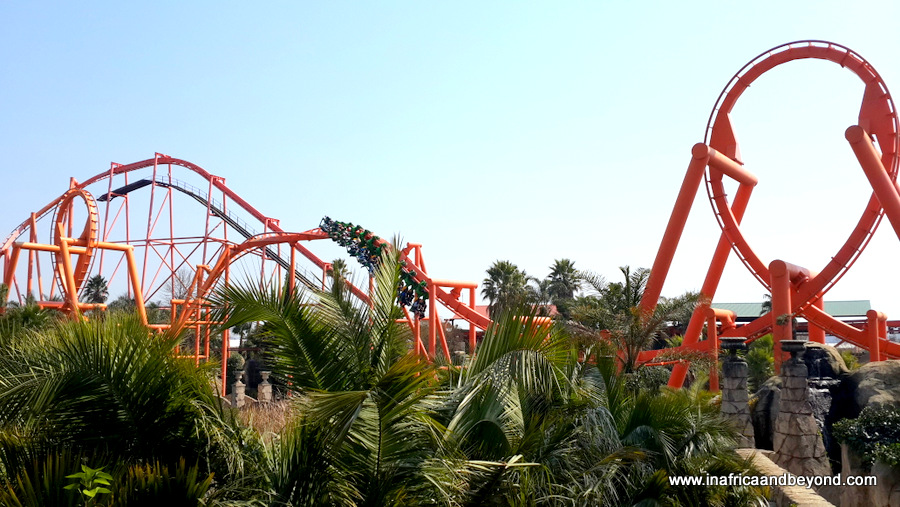 There are theme parks all over the world although not many in South Africa. But how many theme parks can offer you a tour of one of the deepest underground mines in the world, a gold pouring demonstration, an opportunity to pan for gold and a visit to gold miners’ houses which haven’t changed in over 100 years? Certainly none that I know of besides Gold Reef City.   As the recipient of many awards including “Best Family Outing in Gauteng” and “Best Place to take Out-of Towners” , the theme park has cemented its spot as one of Johannesburg’s premier destinations by being included as one of the stops on Johannesburg's City Sightseeing Bus. 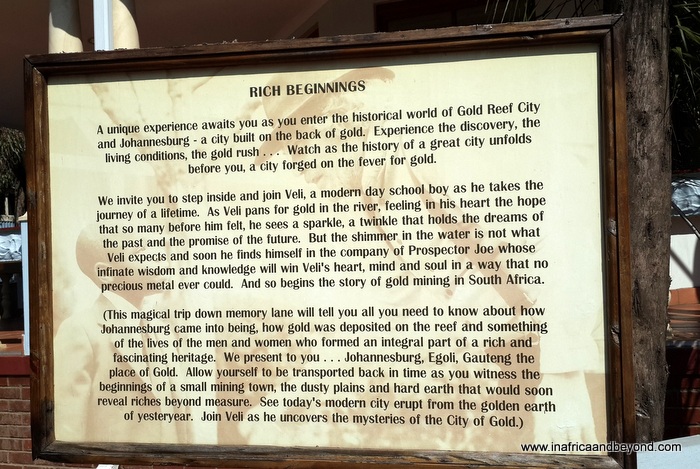 Bearing in mind that with so many activities available, a day is not enough at the park, I spent a weekend at Gold Reef City Hotel with my family. Staying at the hotel also gives free access to the attractions and entertainment in the Theme Park. For a reasonable price, one can get two full days at the park, a comfortable hotel stay and a huge breakfast.  An added bonus is that the ride queues are not too long in the mornings when the rides start at 9 am. It gets busier and busier by the hour though. 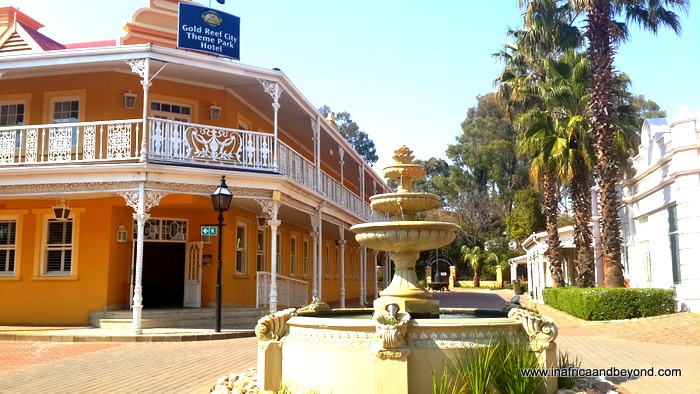 The Gold Reef City Hotel is owned by Tsogo Sun. The kids were thrilled to get SunKidz goodie packs when we checked in and on entering our room we were welcomed by a fruit and nut platter, Appletisers and a wonderful gift pack of Forest Fairies sweets. The room and en-suite bathroom were spacious and comfortable. The hotel even has its own swimming pool. The next morning, we enjoyed a breakfast buffet to rival any good hotel at Barneys restaurant. 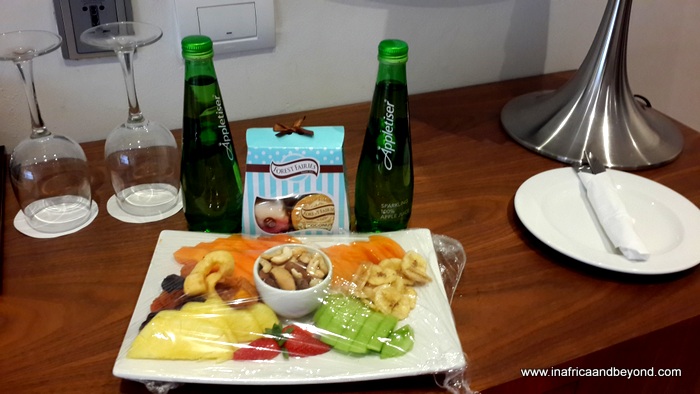 It was the first time my daughter was going to the park since she had reached the all-important height of 1,3 metres. So we shared in her excitement at finally being able to sit on the adult rides, like the Anaconda and the Golden Loop. My son, on the other hand, was a little bit short at 1,25 metres, and not too happy at still having to sit on kiddies rides. But the family rides and the other entertainment made up for his disappointment. 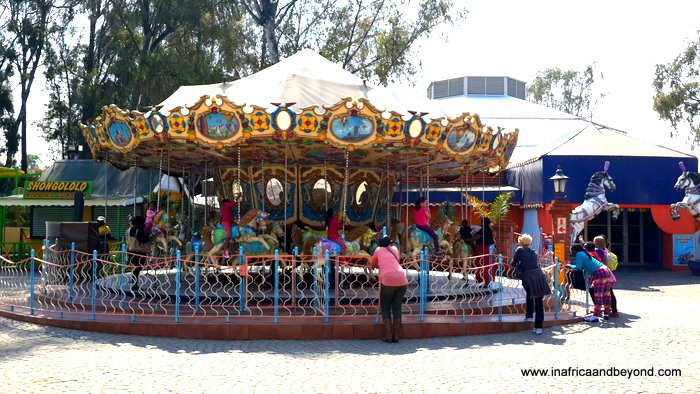 There are often events happening at the park such as circus shows, concerts and theatre shows. Somehow we missed the snake and reptile show and the free flight bird show that was on while we were there. But we did visit some exotic animals at The Farmyard and admired the many peacocks strutting around the park. Characters in costumes walked around all day playing with kids, giving them high-fives and painting faces. There were impromptu song and dance shows at the Town Square and carnival games at every corner tempted those who wanted validation of their aiming skills. Those that won then proudly displayed their giant prize soft toys as trophies all day. 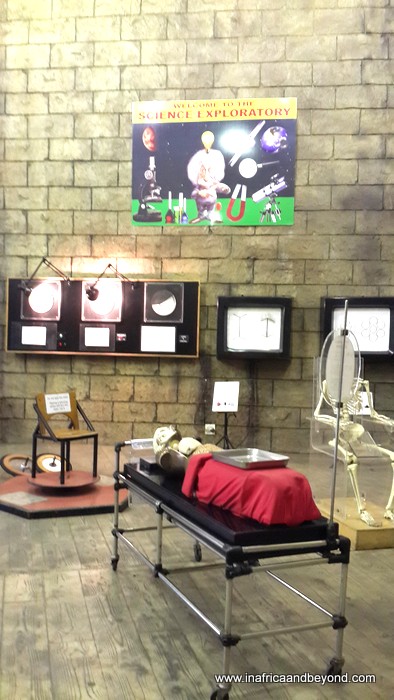 We got bumped by cars, crashed into buildings and got swallowed by monsters…at the 4D theatre.  Then we got soaked in the Raging River Rapids and escaped on the Runaway Train. Unfortunately the heart-stopping Tower of Terror with its 50m drop at a speed of 100km was undergoing renovations. So was the Giant Wheel which offers some of the best views of Jo’burg from the top.  In between rides, the children scratched for precious gemstones in the Scratch Patch then did some science experiments at the Science Exploratory centre. Of course, all these activities made them rather hungry so we had some delicious burgers at Barcelos. 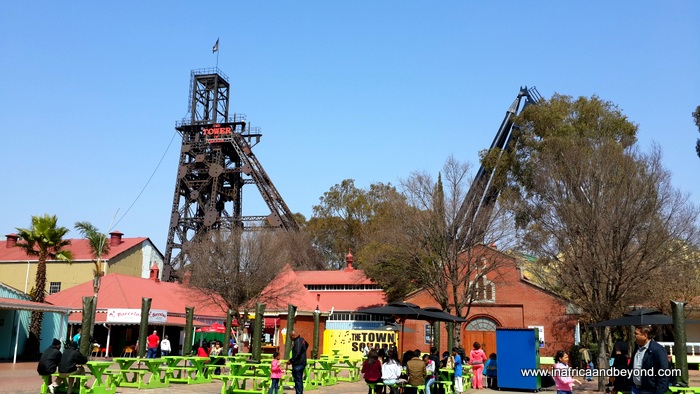 Before we knew it, our weekend ended. But we’ve vowed to return as soon as my son reaches 1,3 metres. We’ll be measuring him every month until that happens.

So go on. Re-discover your inner child. Book a fun-filled weekend at Gold Reef City. 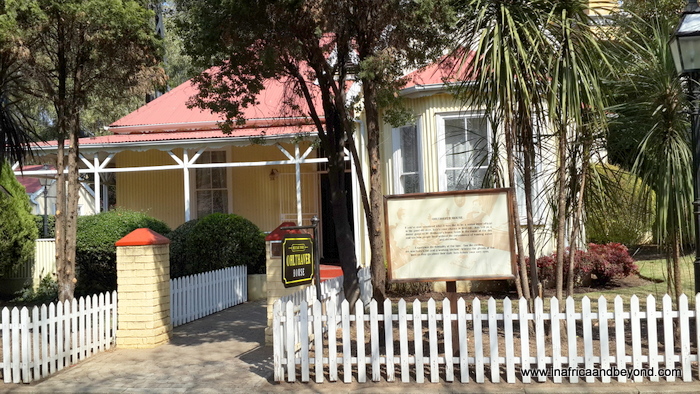