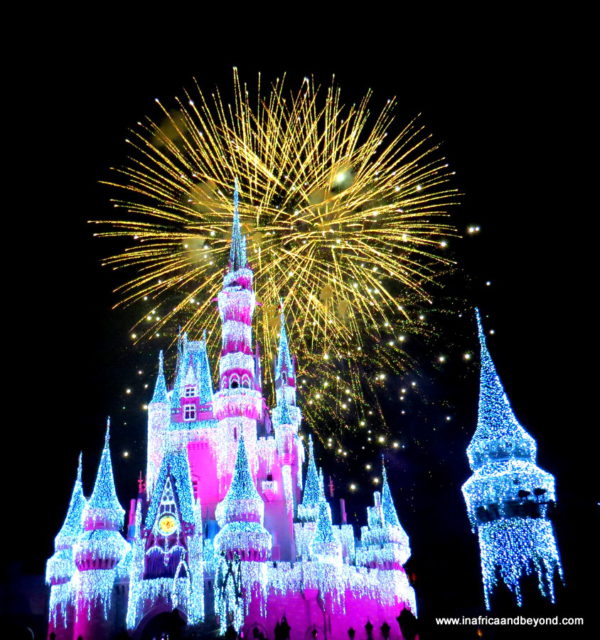 “Here you leave today- and visit the worlds of yesterday, tomorrow, and fantasy.” – Walt Disney

A visit to Walt Disney World is almost every child's dream - and I must admit it was on my bucket list too - the part of me that wanted to feel like a carefree child again. Often incorrectly referred to as Disneyland (which is in Anaheim, California), Walt Disney World in Orlando, Florida, is the largest and most popular theme park resort in the world and was built as a tribute to Walt Disney, who died just before construction began. The larger Walt Disney World Resort includes four theme parks – which are vastly different from each other, two water parks, over twenty-five themed hotels and a lot more. 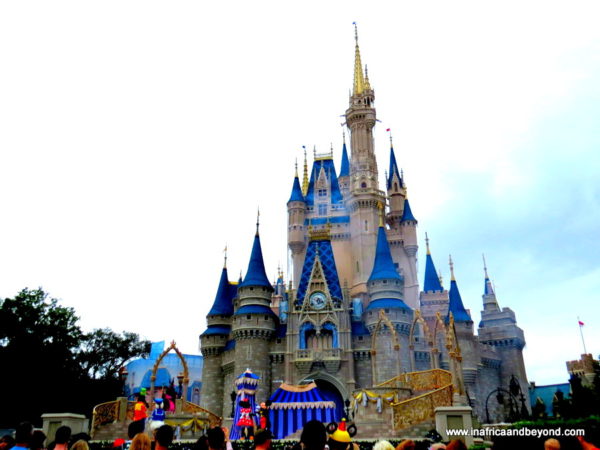 I had been to the Sunshine State of Florida before but not to Orlando. There are more than 100 things to do in Orlando with kids making it a dream family destination. We visited Walt Disney World, Universal Studios Orlando and Disney Springs.

On this trip, as we were staying at a Walt Disney resort hotel, we were transported from the airport to the hotel by Disney’s Magical Express coach, a fitting introduction to Disney’s magical world. We visited the four theme parks on four consecutive days – Magic Kingdom, Epcot, Hollywood Studios and Animal Kingdom. In retrospect, that might have been too ambitious as we were totally exhausted by the end of it.

The parks are huge and involve walking around fifteen to twenty kilometres a day. Perhaps a day in between parks may have been wiser. Staying at a Disney hotel also entitled us to “extra magic hours” on given days. This meant that most park days started at 8 am and closed very late (up to 1 am). 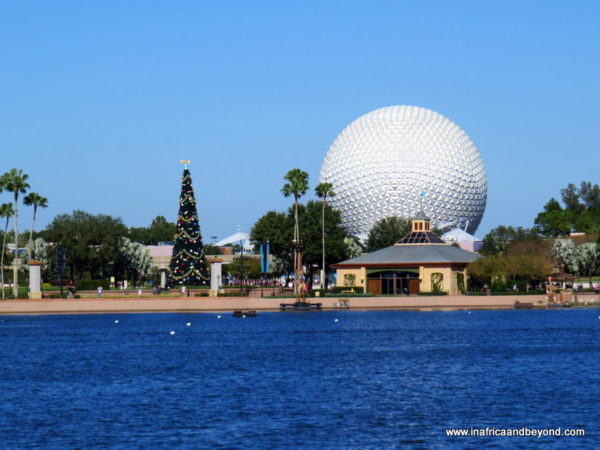 Magic Kingdom is huge and everything in it is as pretty as a picture. Cinderella’s Castle forms the spectacular centrepiece and the night-time fireworks display at the castle was the best I’d ever seen – something not to be missed. Throngs of mini-princesses walked around in the signature dress of their favourite Disney princess - the most popular one being Elsa from Frozen. Many had been pampered at the Bibbidi Bobbidi Boutique, a beauty salon at Magic Kingdom where little girls are transformed into princesses. In case you’re wondering, the name of the salon comes from the song sung by Cinderella’s fairy godmother in the Disney movie as she transforms her.

Our longest park day was at Magic Kingdom when we only got back to the hotel past midnight. Yet, I think that one day there wasn’t enough.

In Epcot, the futuristic-looking Spaceship Earth is the park’s centrepiece. Indeed, most of Epcot is built around Walt Disney’s personal vision of how mankind could live, work and play in the future. 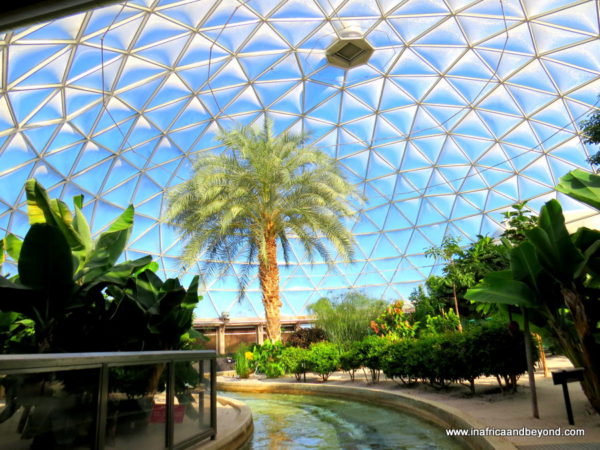 Epcot's World Showcase features 11 countries centred around a lagoon, including Morocco, France and China. Each country’s section has themed restaurants, shops, displays and structures. Two of my kids’ favourite rides were at Epcot. In “Test Track” they got to design a virtual concept vehicle, then “test” it in a high-speed ride and in “Sum of All Thrills”, they got to design their own thrill ride then experienced it in a 4D simulator. 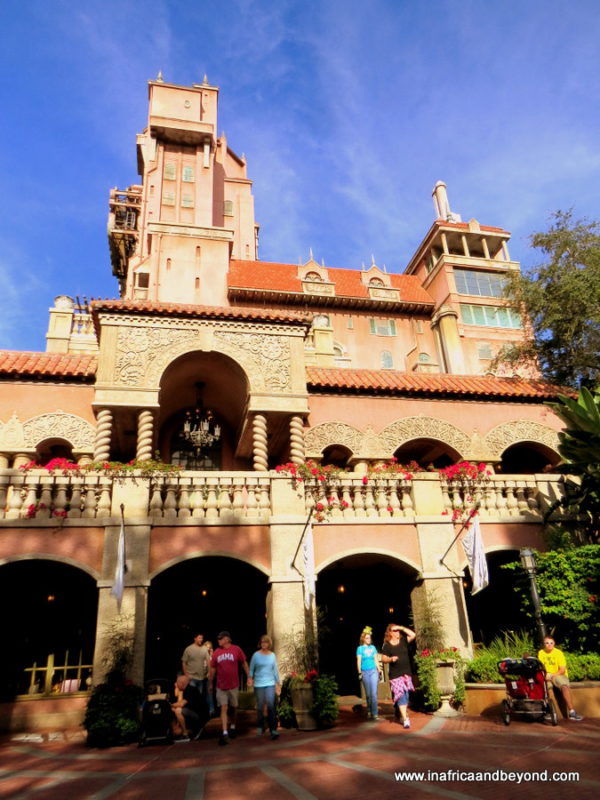 As the name suggests, Disney’s Hollywood Studios is themed around the movies and inspired mainly by Hollywood’s Golden Era. The centrepiece here is the fictional Hollywood Tower Hotel which houses the Twilight Zone Tower of Terror ride, an exhilarating accelerated drop ride. 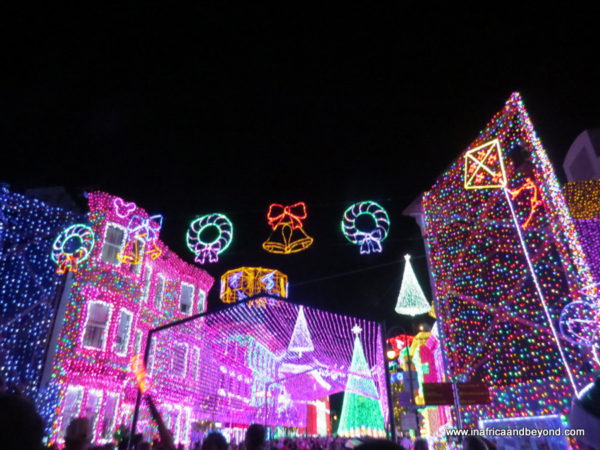 Streets are lit up at Hollywood Studios

The Indiana Jones Epic Stunt Spectacular! Is a behind the scenes look at movie-making and stunts, involving pyrotechnics. It shows how movie scenes are really enacted and was truly entertaining. The Fantasmic! Night-time Spectacular was another awe-inspiring pyrotechnics display over the lake. 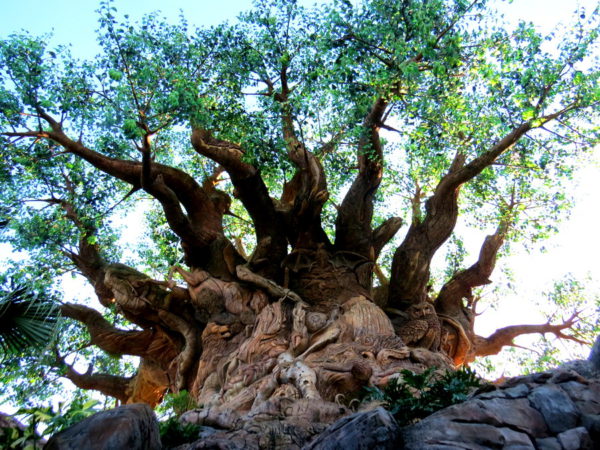 Disney’s Animal Kingdom is the largest Disney theme park in the world and is themed around animal conservation, a theme close to our African hearts. The centrepiece here is the Tree Of Life, a huge sculpted tree. Some of the major attractions here are the Kilimanjaro Safaris where one can see real African animals roaming through African-styled landscapes, a model of Mount Everest where “Everest Expeditioners” on a roller-coaster ride encounter the yeti and a dinosaur land with dinosaur-themed rides. 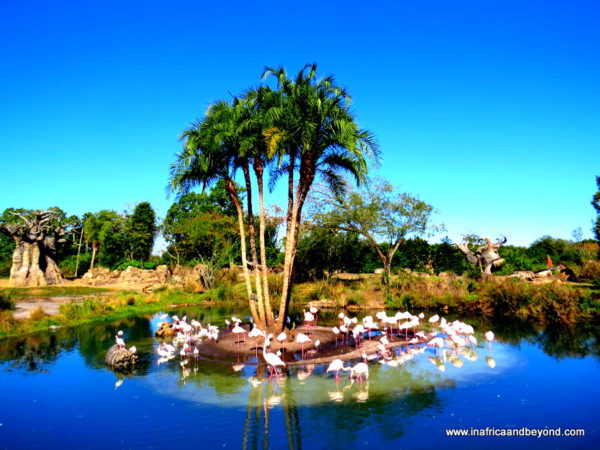 All the parks have character meet and greets which excite younger children. Mine, however, were a bit too old for that. Staff members at Walt Disney, are referred to as cast members. 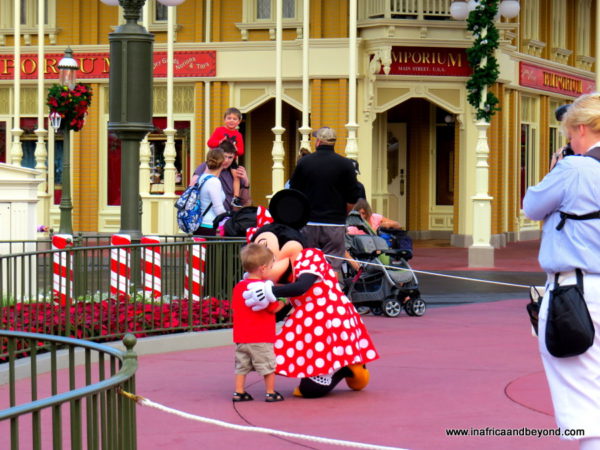 Most rides are not just rides. They are experiences. You are often shown a video to create the backdrop or set the scene. The ride then follows on from the video. Special 4D effects, spectacular sets, holograms, and voiceovers are combined to make you feel as though you are really experiencing that Everest Expedition or Space Mission. At the end of the ride there is a themed shop that sells goodies and souvenirs related to the ride. The rides are not extreme thrill rides and most of them are suitable for young children. Tickets are not cheap starting at $105 per adult and $99 per child but get proportionately cheaper as the number of park days increase. 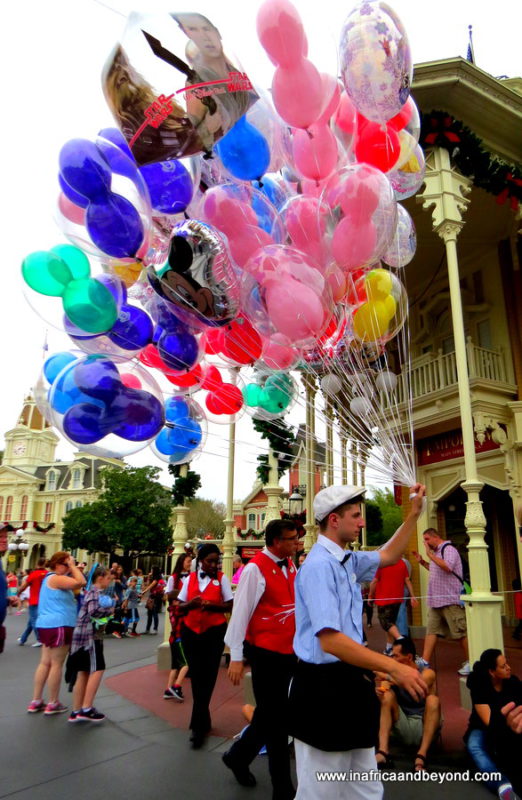 We visited Walt Disney World in the second week of December which was quite crowded, but not as crowded as the last week of December. The Disney mobile app was invaluable in checking waiting times for rides and booking Fast Passes for popular rides, which enable one to skip queues, although this can only be done for 3 rides at a time. The free Wi-fi throughout the park makes this easy to use.

China - at the World Showcase

My verdict:  Theme parks for me will never be the same again. Walt Disney World was amazing and I finally got to tick it off my bucket list. I think that adults and children should experience it at least once in their lifetime.

My daughter (11) – “Going to Disney World was the best holiday I have ever had in my entire life and I loved the trip from the beginning to the end.”

My son (9) - After almost every ride we'd been on, my son would say it was the best ride he'd ever been on. When I remarked that he said that for almost every ride, he said “That's because it keeps getting better.”

I guess that sums it up.

“I don't want the public to see the world they live in while they're in the park. I want them to feel they're in another world.” – Walt Disney.

Here are some tips to get the most out of your Disney trip. 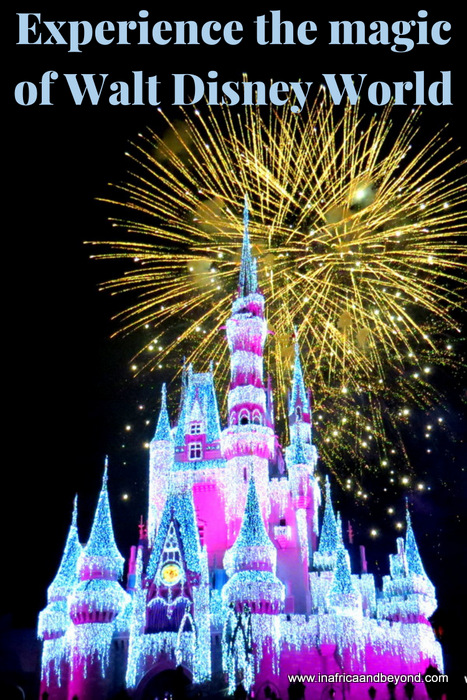