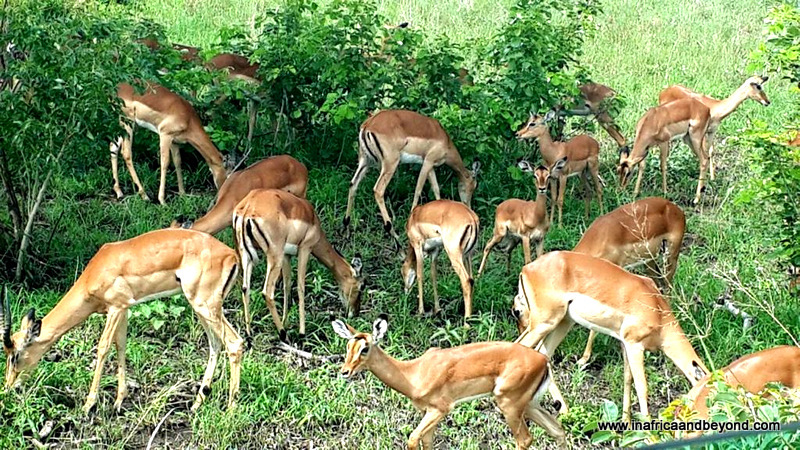 My husband and I are bush (safari) addicts. We travel to game reserves, utilising any opportunity we get. Armed with the all-important map of the reserve, our checklist promising the many different species one can see there and some snacks to keep us going until we get to the next camp, we set off on a route which promises the best viewing. 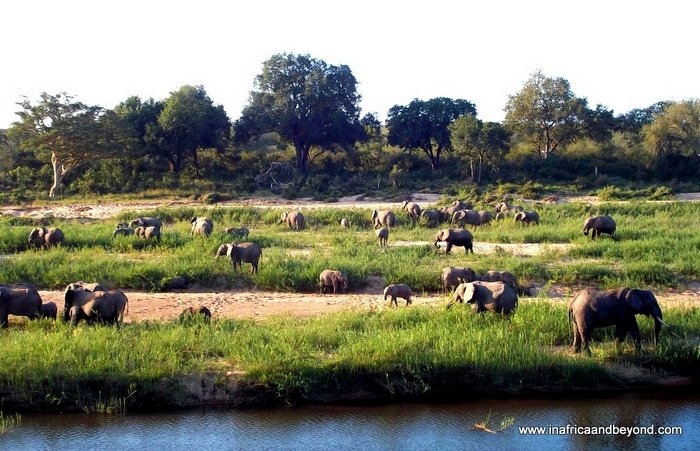 We drive on the gravel routes, past waterholes and up the mountains to the viewing sites. We compete to see who can spot the most animals first and savour the quality animal sightings when we are fortunate enough to see a cheetah hunt, mating lions or vultures feeding off a kill. Sometimes, we drive for hours without seeing any large animals besides the grazing plains game which are always so plentiful. Once we became fascinated with hundreds of spiderwebs glowing in the light of the morning sun. 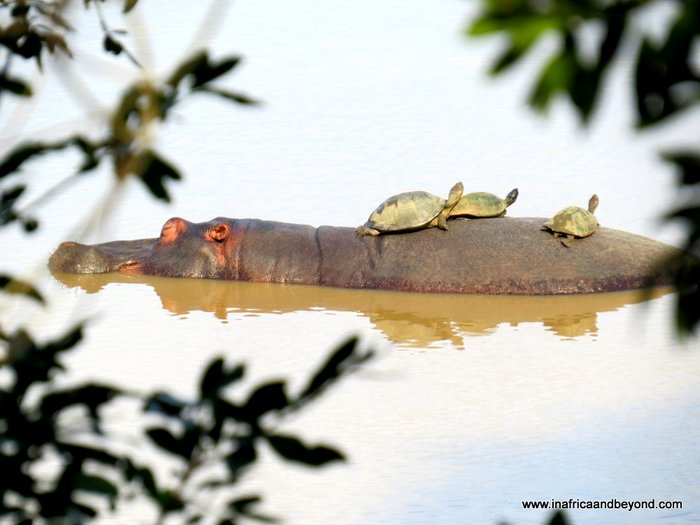 Terrapins on a hippo

Apart from the thrill of seeing fascinating creatures, the main reason we enjoy our bush visits is the remoteness and contrast of the bush to the concrete jungle of the city, the lack of mobile reception and therefore unwelcome interruptions, the calmness that pervades one when driving for long periods through unspoilt nature, and the wonder inspired in one for God’s creations. There is also a temporary companionship one shares with strangers that one meets at the same viewing spots – shared exclamations of joy at a sighting and jokes told at a waterhole.

A white rhino and an injured black rhino

One of our favourite game reserves for self-drives is Kruger National Park , South Africa's second oldest nature reserve. The oldest is the Hluhluwe-Imfolozi Park in the province of Kwazulu Natal .  The park was established by the President of the Transvaal, Paul Kruger, in 1898, and later named after him. 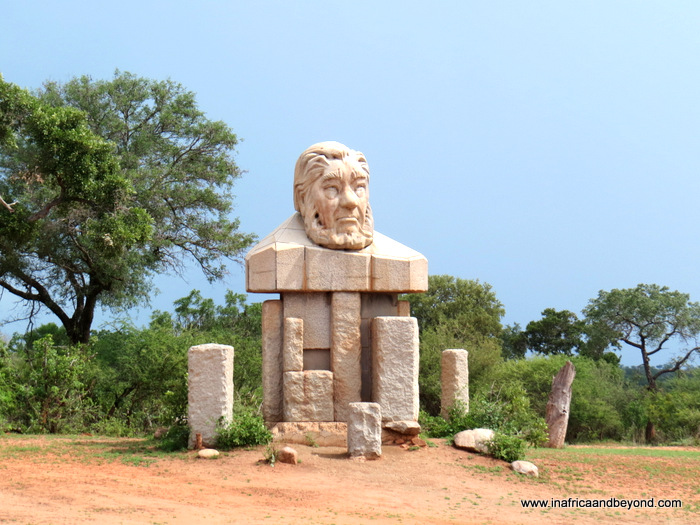 My earliest memory of the bush is driving through Kruger National Park with my family when I was six. We parked off at the side of the road and watched a magnificent lion family lazing in the sun, fascinated by the sight of so many lions not enclosed by the barricades of a zoo. A bit later, we had to contend with some baboons jumping on our vehicle. Fortunately, the vehicle was closed and the windows were rolled up so they got tired of us and left. 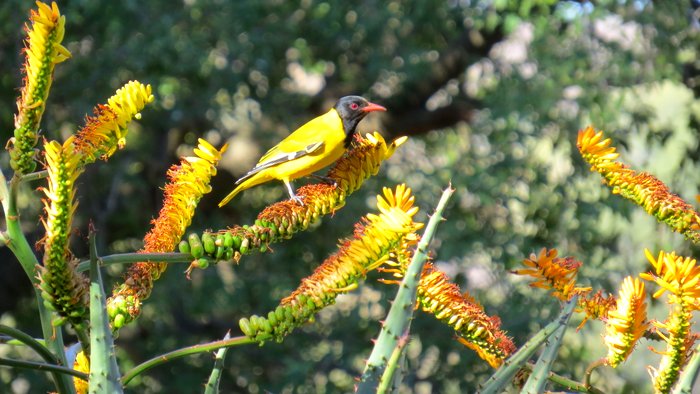 Since then I have been on innumerable other visits to Kruger National Park and gathered a treasure trove of unforgettable experiences. There was the elephant bull that pursued us and the herd of a thousand-plus buffalos that we sat and watched for over an hour as they crossed the road in front of us. Once, a foreign tourist travelling in the opposite direction to us excitedly flagged us down. On stopping, he exclaimed “Hyeens, hyeens (sic)”. We proceeded to come across a pack of wild dogs that wouldn’t budge off the road. 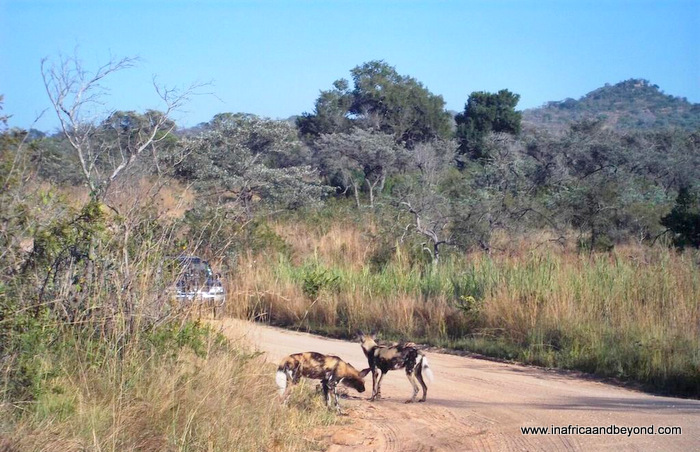 Then there was this time when something rather unexpected happened. We had been driving for hours without seeing anything interesting. My kids were moaning and groaning about how they'd rather be watching Disney channel at the hotel. Then my cousin sent me the latest sightings from the social media groups and we went to the area where a leopard had earlier been spotted siting on a signpost. We didn’t see anything in the vicinity and chided ourselves for thinking that the leopard would still be waiting for us there.

We were heading to the nearest camp for a toilet break. As we rounded a bend, a couple in a stationary vehicle facing us frantically beckoned to us to stop. We stopped and had the shock of our lives when seconds later a leopard sprinted in front of our car hurling itself at the gullet of a female impala grazing on the opposite side of the road. The occupants of the other car had obviously seen the leopard crouching behind the bush, preparing to ambush the poor impala.

The leopard had a firm hold on the impala's throat, but was acutely aware of the growing number of spectators around him. I became aware that the herd of impalas that had just lost one of their own began emitting strange sounds and made a mental reminder to Google their behaviour. The leopard had finished off the impala and dragged it behind a bush. The cars continued to coalesce and the leopard suddenly dropped his prey and ran off into the bushes. 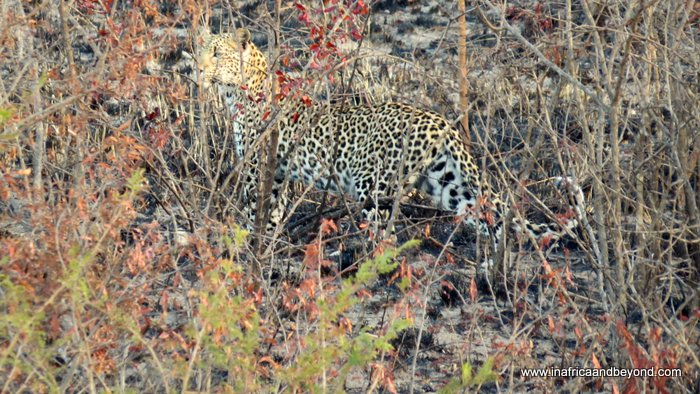 By then, there was a huge traffic jam. We moved to give other spectators an opportunity to see the fresh kill and as we manoeuvred our car through the queue in order to continue to our destination, we were stopped repeatedly by other cars that had just happened on the crowded scene and wanted to know the reason for the furore.

I would have loved to have gone back later to see if the leopard had returned to claim his kill or if other predators like lions or hyenas had come to claim it for themselves. As for the leopard, I don't know whether it was the cars or the other impalas that had driven it away. In retrospect, it did seem to be an uncharacteristic leopard, sitting on signposts and hunting during the day!

This was one of the most thrilling experiences we had ever had in the bush and my kids started seeing safaris in a totally different light. As for me, it just re-inforced my desire to return to the bush every opportunity I get!

Although it is possible to see alot in Kruger National Park while self-driving, a luxury safari where you stay at a private lodge in the park, and are taken on game drives by experienced game rangers, takes your experience to another level. We stayed at Jock Safari Lodge and Hoyo Hoyo Safari Lodge and saw so much more than we normally did. It was also wonderful to go on 3-hour game drives and return to hearty meals at the safari lodges.

Book your safari from Johannesburg.

See more photos from Mpumalanga and things to do in Mpumalanga,

See what to expect on a safari.

Read these books for safari lovers. 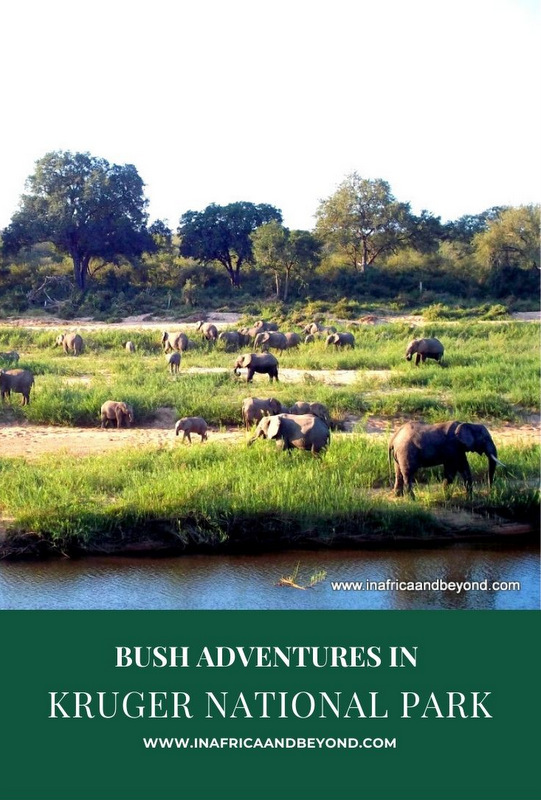 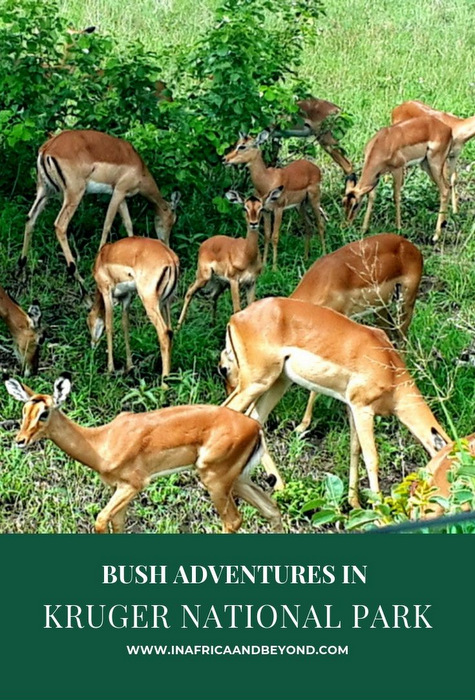