About the Masai Mara

The Masai Mara National Reserve is one of the most visited and renowned game viewing destinations in the world. Located in southwestern Kenya, it encompasses an area of over 1510 km2 and is home to large populations of wildlife. The wide open plains provide excellent opportunities to witness the daily lives of these incredible animals in their natural habitat. During the annual migration season, millions of wildebeest and other herbivores traverse the Mara’s savannahs in search of fresh grasses and water. The Masai Mara is also well known for its spectacular birdlife, with over 450 species having been spotted here.

We left Nairobi on a rainy Sunday morning at 9am and drove through the Great Rift Valley, through the town of Narok and into the Masai Mara . We became aware that we were in for something different, when still about 60 km, away from the official entrance to the Masai Mara , we began seeing large herds of zebra, and some wildebeest, gazelle and giraffe interspersed amongst the cows, goats and sheep being herded by the Masai men in their bright colourful kangas. As the severely potholed tar roads became gravel, the ride became bumpier and our driver, Louis laughingly remarked that we were getting free massages. 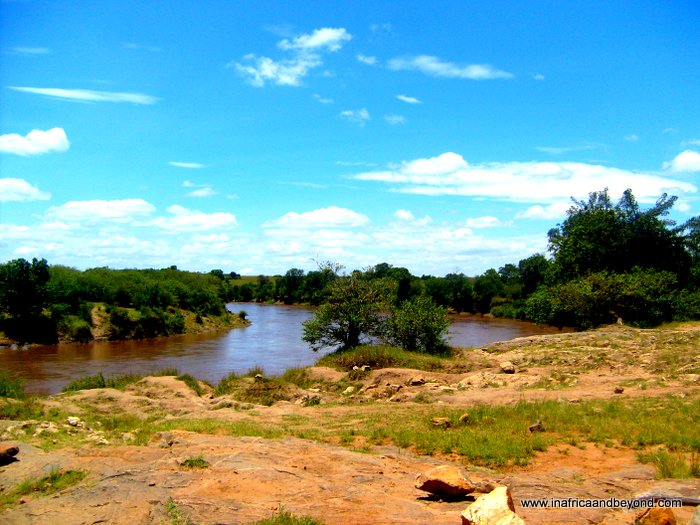 Finally, we got to our camp, Enchoro Wildlife Camp, which was just outside the official entrance. The camp was staffed mainly by friendly Masai. We checked into our tents, fully equipped with bed, shower and toilet and joined our group for lunch in an open-air boma. We had a diverse group, comprising of a Canadian actress, a South Korean radiologist and 2 South African teachers. We were in the bush.

We drove in specially-modified minibuses with special roofs which could be hoisted up enabling one to stick one’s head out of the roof. In South Africa that would never have been allowed. Here the vehicles were specially designed for that purpose. The drivers all seemed to know each other well and greeted one another with warm smiles and hearty handshakes. A constantly cackling radio alerted drivers to new sightings. 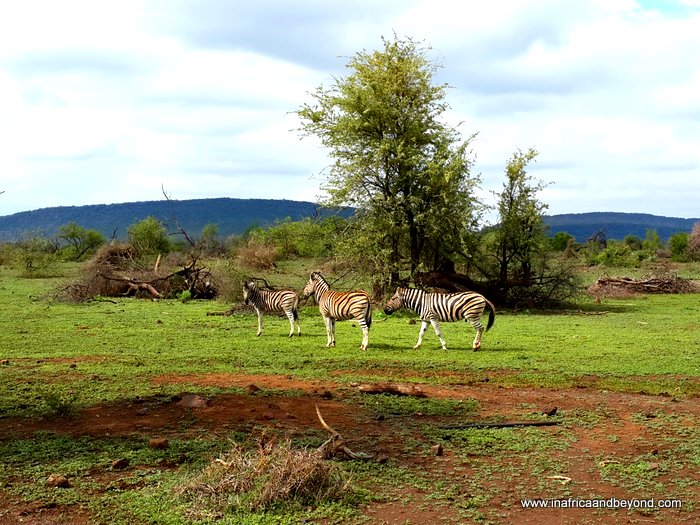 Zebras having a lazy afternoon

We entered the Masai Mara and almost immediately began seeing large herds of zebra, gazelles , and some giraffe, topi and wildebeest. Where were the carnivores, I wondered aloud and shortly thereafter, we saw a jackal feasting on some carrion. Not long thereafter, a high concentration of vehicles alerted us to a fine specimen of a male lion. He lazily surveyed his audience then proceeded to lie down and have a good sleep. Within the next two hours , we saw another 15 lions, first a male and a female relaxing, then a lioness surrounded by 10 baby cubs with another 2 females lying nearby.

It is not often that the first animal of the Big Five one sees in the wild is a lion, then another, then only an elephant. Whenever there was something to be seen, the vehicles coalesced like vultures at a kill. We also saw large herds of elephant, buffalo and a group of ostriches, a beautiful black male and 4 females all vying for his attention. 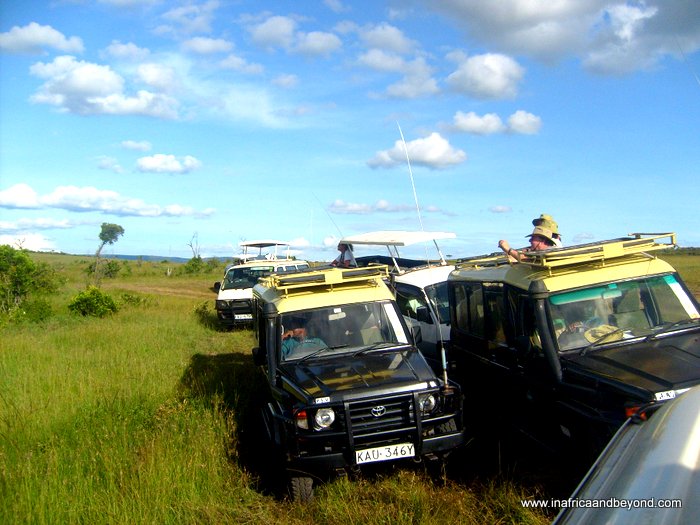 Vehicles coalescing at a sighting

The next morning, our game viewing started by following two cheetahs shadow some topis, then another cheetah busy with her kill of a baby gazelle then two lions mating which was a spectacular sight. Then the ultimate, a leopard strolling from one bush to another, my first leopard sighting in 18 years and my second ever. We then saw the 3 lionesses from the previous day with the cubs/ This time we counted 11. We also saw two of the lionesses shadowing some gazelle. And this was all in one small section of the park. All this was at close range with excellent views which one would rarely achieve in a bushy terrain.

We then drove to the Mara River where we saw hippos and crocodiles on an escorted walk. I saw a leopard, three cheetah sightings , 3 lion sightings numbering 17 lions, hippos, buffalos, crocodiles, baboons etc. This was my best game viewing day ever.

Click here for more on what to expect on a safari .