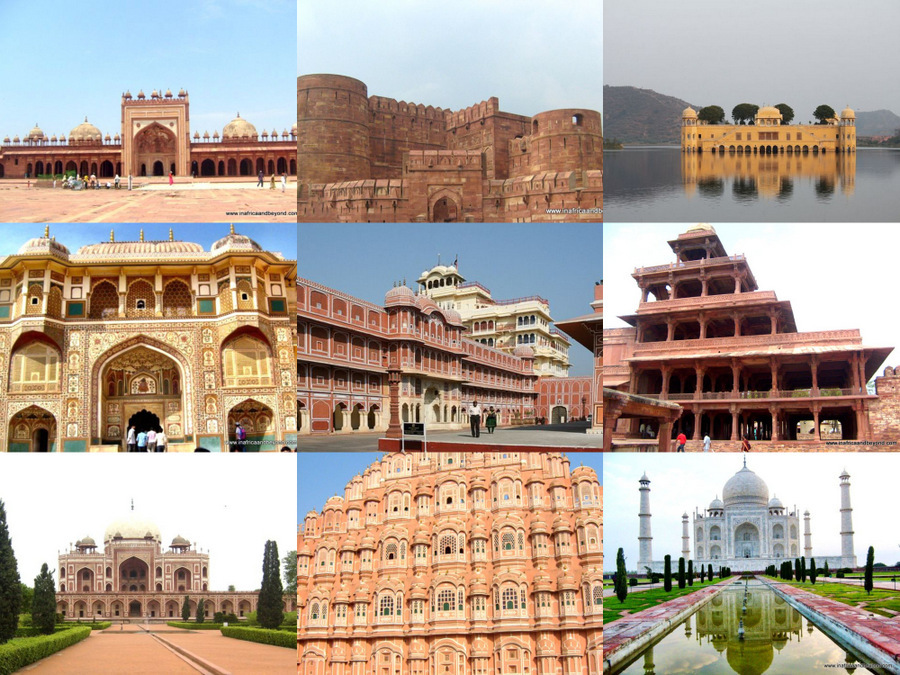 Top 10 Things to do in India’s Golden Triangle

India is a huge country with many diverse attractions and planning your first trip there can be a daunting task. The Golden Triangle of India is a good place to start, since it is home to some of the country's most iconic sights. Consisting of Delhi, Agra and Jaipur, it is thus named because of the triangle shape created when the three cities are plotted on a map. We explored this region and were fascinated by the incredible attractions.

Here are the Top 10 attractions in India’s Golden Triangle. Many of them are UNESCO World Heritage sites. 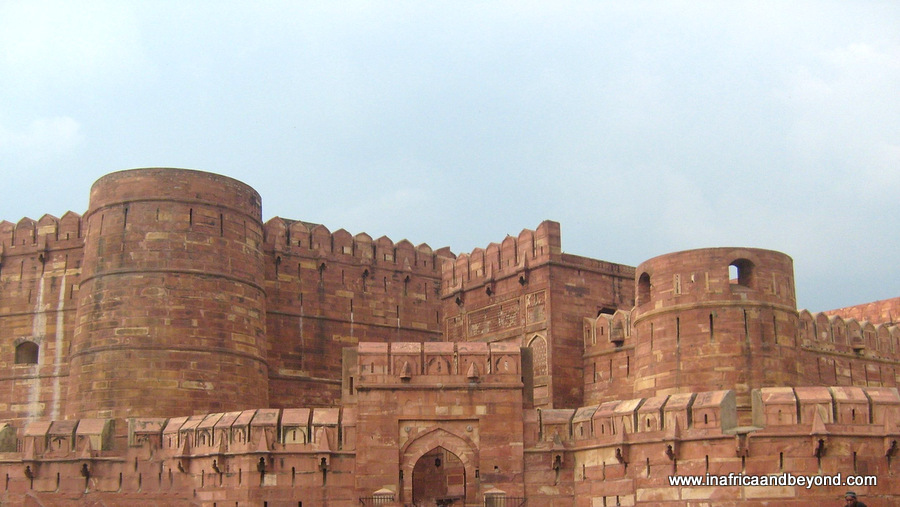 The Red Fort is a palace complex which was the home to the Mughal emperors for almost 200 years. Completed in 1648, it is one of the best preserved forts in India and an important cultural site.  The sound and light show here will give you a fascinating insight into the history of Delhi and the ancient Mughal empire. We thoroughly enjoyed it. 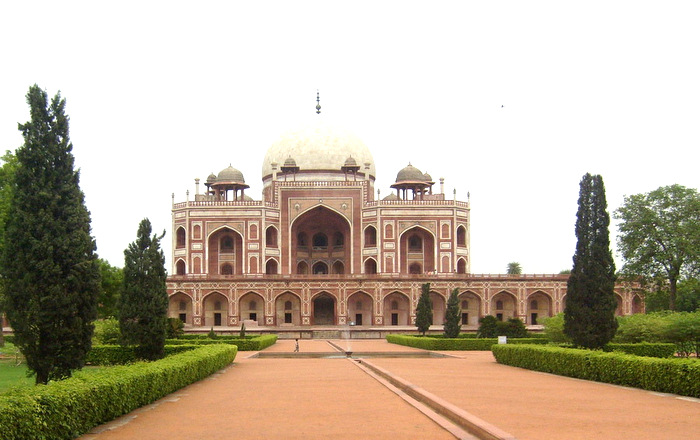 Humayun’s Tomb is a marvel of Mughal architecture that is believed to have inspired the Taj Mahal. Completed in 1572, it was commissioned by Humayun’s first wife, to reflect his love of Persian art and architecture, after he passed away. The mausoleum is the first garden-tomb on the Indian subcontinent. 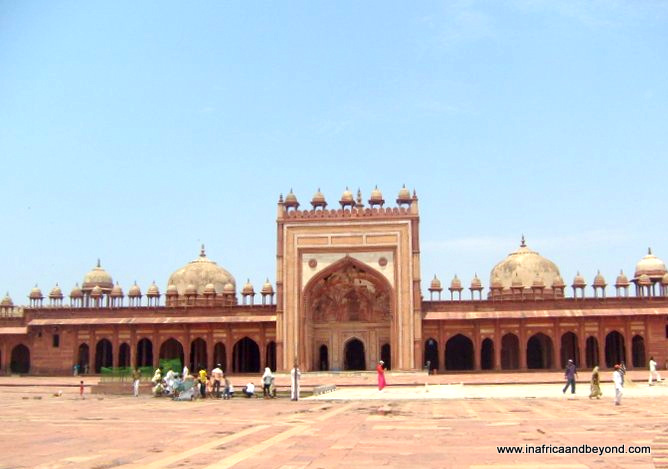 Located in Old Delhi, Jama Masjid is one of the largest mosques in India. Built by the Mughal Emperor Shah Jahan in the 17th century, it is still in use today and can hold over 25,000 people. The mosque is constructed of red sandstone and white marble, and consists of a huge courtyard surrounded by covered domes supported on marble columns. 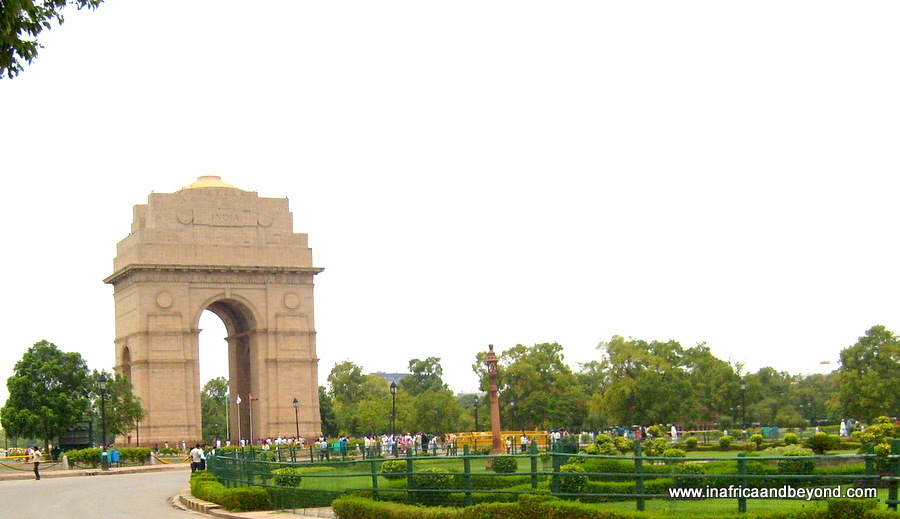 India Gate in New Delhi is a memorial arch dedicated to the 80,000 Indian soldiers who lost their lives during World War I. Likened to the Arc de Triomphe in Paris, it is surrounded by lush green gardens and fountains. 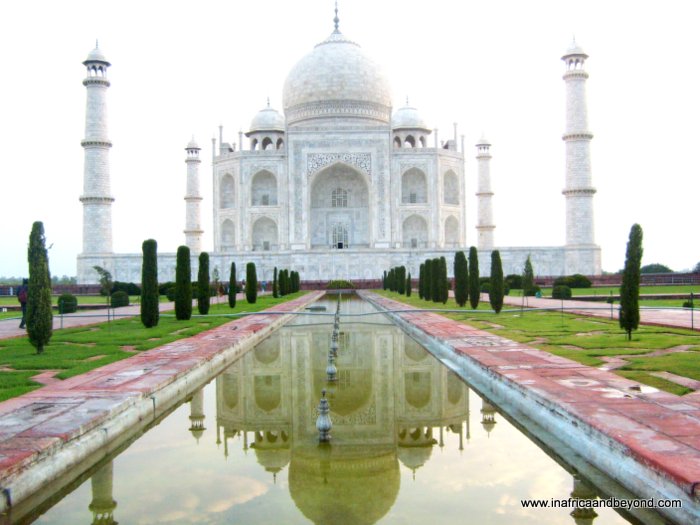 One of the New 7 Wonders of the World, the Taj Mahal is the most famous and beautiful mausoleum in the world. It was built by the Mughal Emperor Shah Jahan as a memorial to his favorite wife, Mumtaz Mahal, who died during childbirth. The symmetrical structure is made of white marble and intricately decorated with semiprecious stones and calligraphy. There are minarets on either side of the domed tomb, and a central pool which reflects the main building. 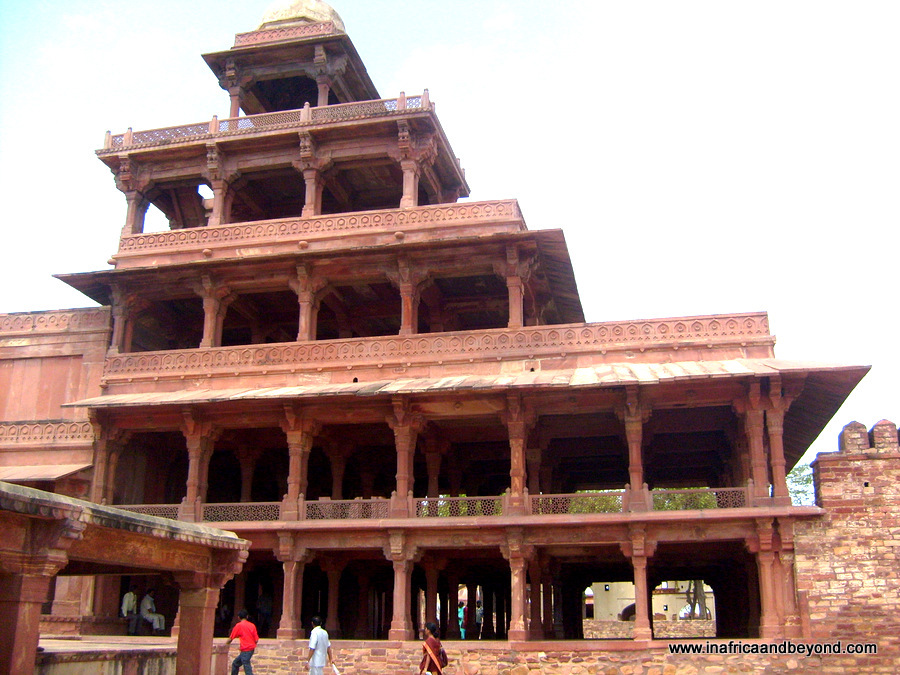 Fatehpur Sikri was built in the 16th century to be the new capital of the Mughal Empire under the Emperor Akbar. Built mainly in red sandstone, the name translates to "city of victory." It is extraordinary in that it was built over a period of 15 years but was abandoned shortly thereafter due to a water shortage. 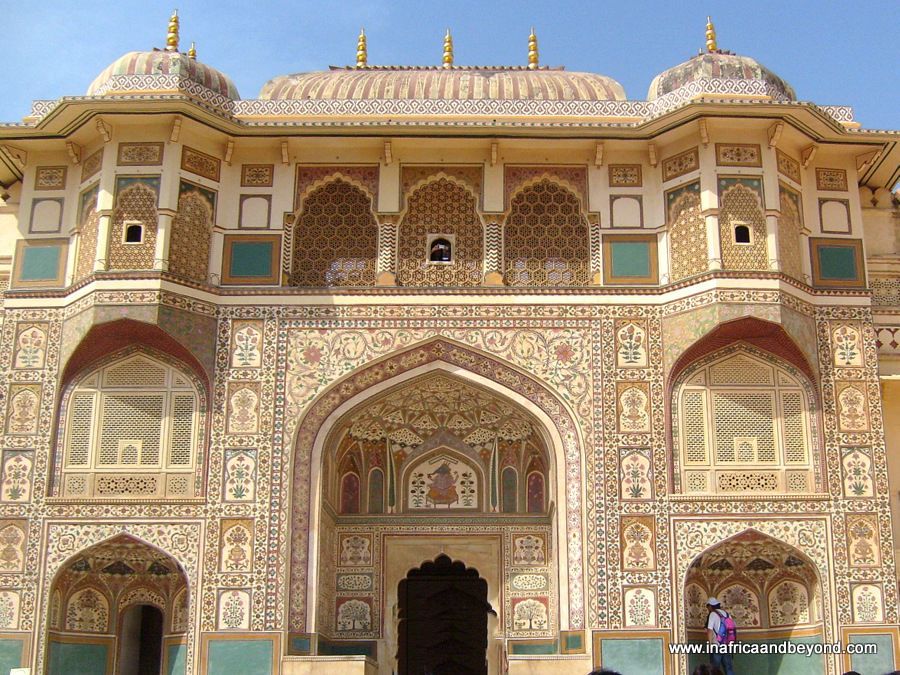 Amber Fort (Amer Fort) is a beautiful palace /fortress built by Maharaja Man Singh. Constructed in shades of honey and pink sandstone, and white marble, the design is a unique mix of Hindu and Muslim architectural styles. The palace served as the residence of the royal family and a place of public administration. 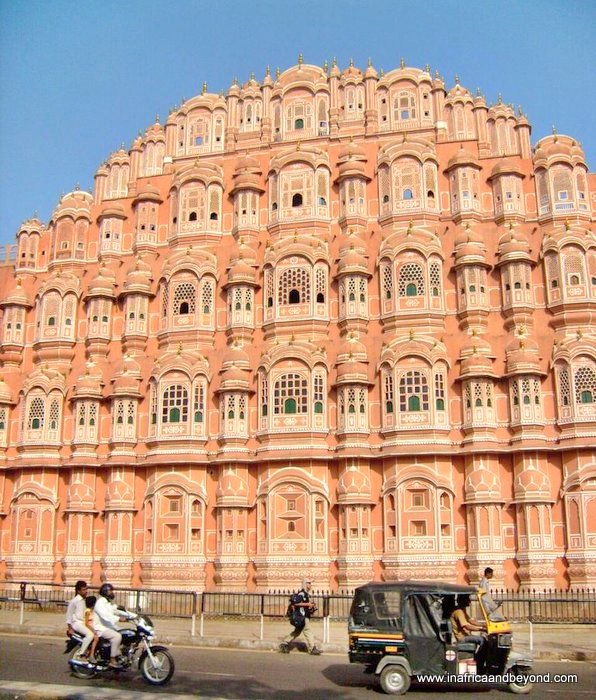 One of Jaipur’s most photographed structures, Hawa Mahal (Palace of Winds) is a pink palace built in the 18th century by Maharaja Sawai Pratap Singh for his harem to keep watch over life in the city. It has multiple levels with the top floor reserved for the royal women. The 953 tiny windows provide a cool breeze which keeps the chambers cool in summer. 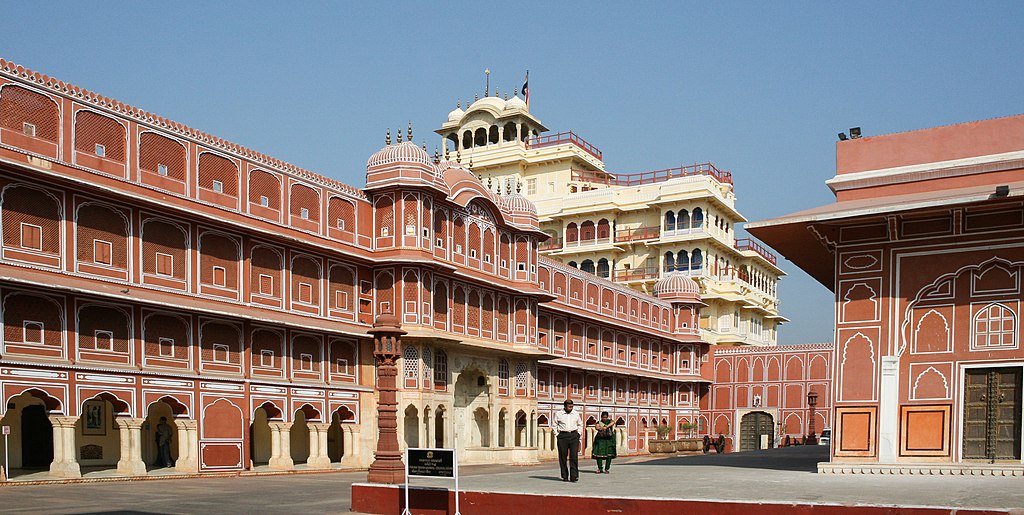 The City Palace of Jaipur is one of the largest and most stunning palaces in India and the residence of the royal family of Jaipur. Built in the 18th century with a mixture of red sandstone and marble, it is one of the most luxurious examples of Rajput architecture. The massive complex consists of over 700 rooms, and is a maze of courtyards, gardens, and pavilions. 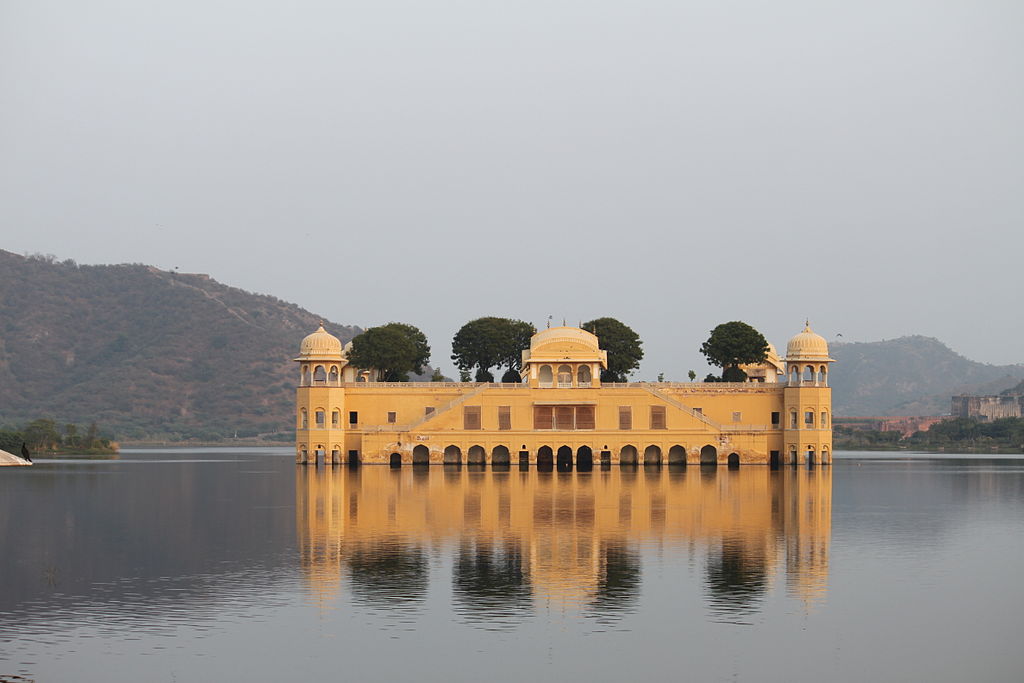 Jal Mahal, also known as the Water Palace, is a striking palace built in the middle of a lake. Intended as a hunting lodge for the local Raja, it consists of five stories, although four of them are now submerged under water. At night, the palace is lit up, creating a beautiful reflection in the water.

To learn more about this fascinating country, read these books about India. 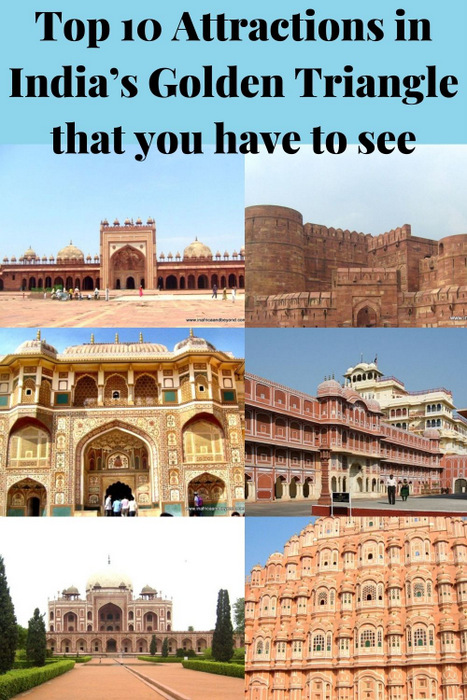 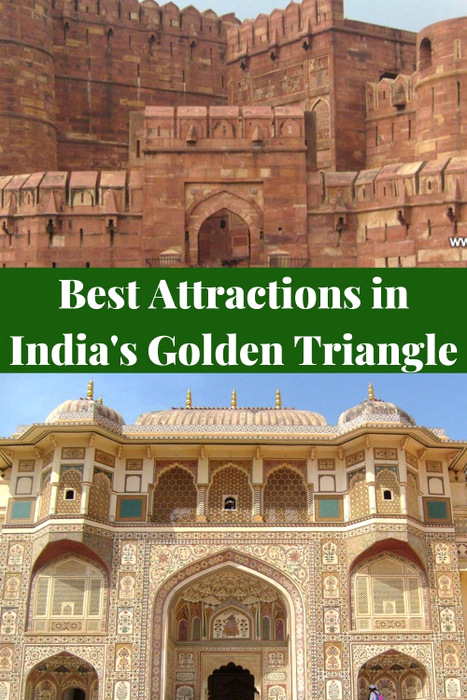