The 6 best things to do in Cordoba 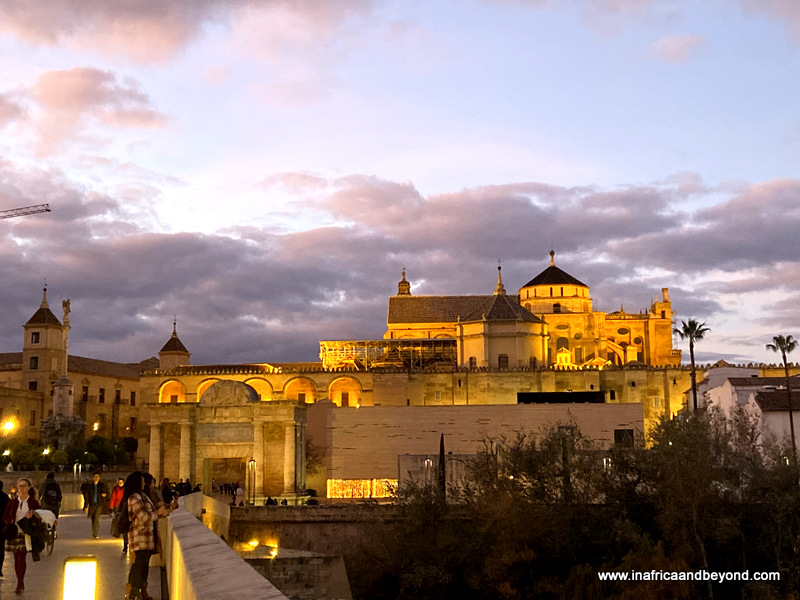 Looking for the best things to do in Cordoba ? Read on...

Although it was just a few months back that we were in Spain, it now seems like a lifetime ago. The cities were buzzing, people were jovial and the atmosphere was festive. Since then, over 20000 people have lost their lives to Coronavirus there, with Spain being one of the worst hit countries in the world. Nevertheless, things will return to normal one day and tourists will be flocking to Spain again.

“Europe was darkened at sunset, Cordova shone with public lamps; Europe was dirty, Cordova built a thousand baths;… Europe lay in mud, Cordova's streets were paved; Europe's palaces had smoke-holes in the ceiling, Cordova’s arabesques were exquisite; Europe's nobility could not sign its name, Cordova’s children went to school”. Victor Robinson, Historian. Extract from The Story of Medicine (1932).

Cordoba (or Cordova, as it was initially known) is a charming city with a rich history, which should definitely be added to your Spanish itinerary. Once the largest city in the world, and one of the most advanced, it has more UNESCO Heritage sites than any other city since 2018. In fact, the entire historic centre of this pretty Andalusian city is a UNESCO Heritage site. Historic landmarks are scattered among labyrinths of cobblestone alleys, and flower-covered walls and patios can be found around every corner. The best thing to do here is explore the city on foot, but if you need a more specific list, then read on.

Here are the 6 best things to do in Cordoba.

1. The Great Mosque of Cordoba 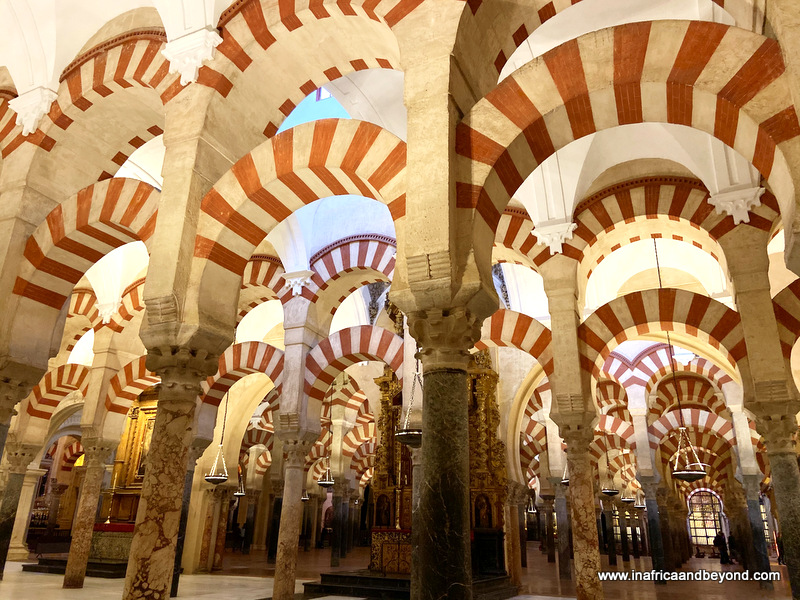 The Great Mosque of Cordoba , also known as the Mezquita Cathedral, is the main attraction in Cordoba. One of the world’s best examples of Islamic architecture, it was built between 784 and 786 by the Moors and converted to a Catholic cathedral in the 13th century when the Christians took over the city. The concept reminded me of the Hagia Sofia in Istanbul. It is a fascinating place which will most likely evoke strong emotions in you, as it did in me. 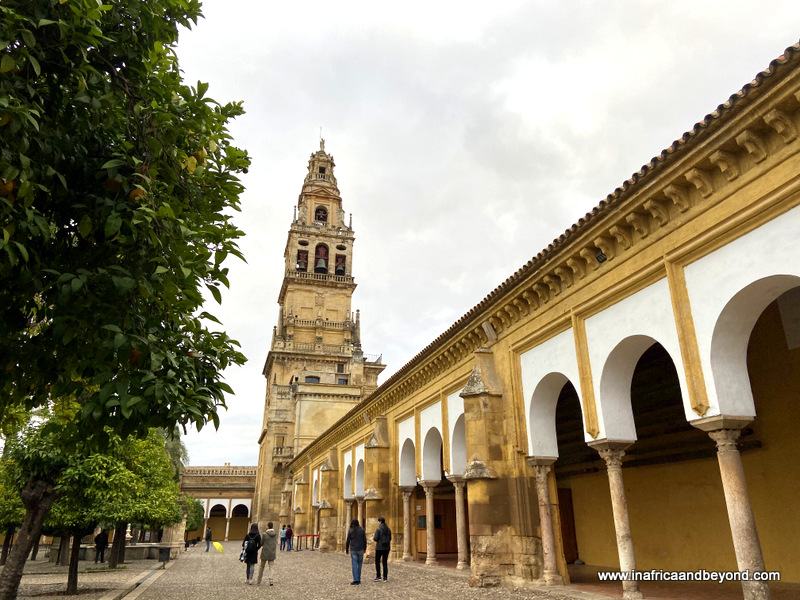 Elaborate entrances will take you into a courtyard with orange trees. This is where the ritual ablutions for the five daily prayers were performed. Enter the Mezquita through the Puerta del Perdón ( Door of Forgiveness) an impressive 14th century Mudejar entrance. The prayer hall is famous for its forest of over 850 red and white candy-cane, horseshoe arches made of marble and precious stones, which are believed to have inspired the arches in the Holy Mosque of Madinah, in Saudi Arabia.

Remnants of the Muslim mosque are interspersed with Catholic symbols. Look out for the mihrab (prayer niche), and the beautiful skylit domes. If you have time, go up the 54-meter bell tower, where you can get a birds eye view of the surroundings.

Tip: You can visit the cathedral for free between 8:30 to 9:30 from Monday to Saturday for a maximum of one hour.

"The Roman Bridge "surpasses all other bridges in beauty and solidity."   Muhammad al-Idrisi, Arab geographer, Circa 1140

The Puente Romano or (Roman Bridge ) was originally built in the 1st century BC by the Roman emperor Augustus, although it has been reconstructed many times since then. The picturesque bridge spans the Guadalquivir River, which flows through Seville too. The name Guadalquivir means “great river” and is derived from the Arabic phrase “wadi al-kabir”.

Almost 250 meters long, the bridge has 16 undulating arches. It played a huge role in protecting the city throughout the ages. More recently, it was featured in Season 5 of Game of Thrones . The best time to visit is in the late afternoon, when locals and tourist take a leisurely stroll along the promenade, and snack vendors ply their trade. Relax here for a while and you will be able to see the bridge by day and night, both beautiful views. You will also get great views of the Mezquita Cathedral by night. 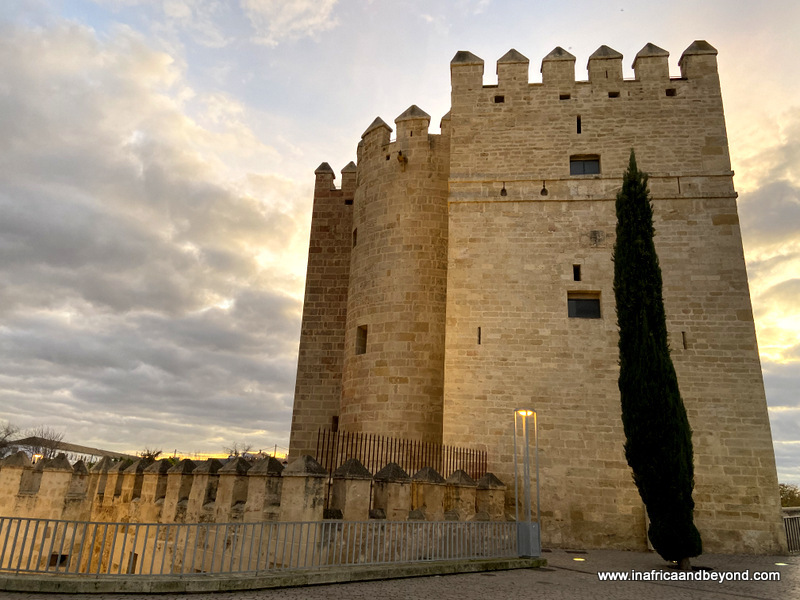 The Calahorra Tower at the end of the Roman Bridge once served as a fortress guarding the bridge. Today, it houses an interactive museum about the history of Cordoba and the three cultures that shaped it. There are great views of Cordoba from the top.

This is one of the most famous alleys in Cordoba - a narrow white alley in the old Jewish quarter, decorated with colourful pots filled with flowers. Although there are other streets lined with flower pots too, this one is particularly special because it has a beautiful view of the bell tower / minaret of the  Mezquita Cathedral. 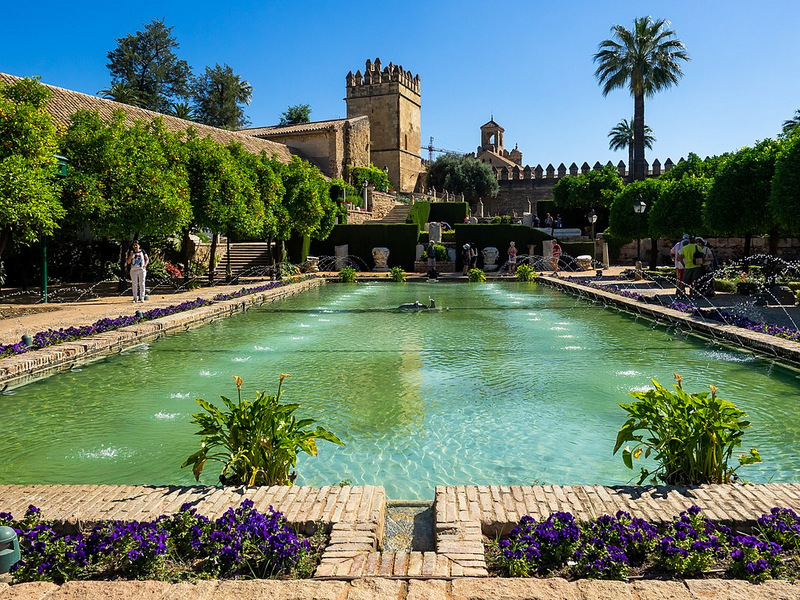 This fortress palace was built by Alfonso XI in 1328 and served as a residence to the rulers of Spain for many years. Queen Isabella I and her husband King Ferdinand met with Christopher Columbus here, before he embarked on his famous voyage to the Americas. The interior is more of a fortress than a palace, and not as impressive as the Alcazar of Seville or the Alhambra in Granada. The gardens are beautiful though.

6. Madinat al Zahra (also known as Medina Azahara or the "the shining city")

Madinat al Zahra consists of the ruins of a sprawling ancient city on the outskirts of Cordoba .It was built by Caliph Abd al-Rahman III in 936 AD, but was inhabited for only 65 years before it was abandoned, then subsequently pillaged and forgotten. It was only rediscovered at the beginning of the 20th  Legend says that the caliph built it for his favourite concubine, Zahra. Excavations are still continuing but the archaeologists have done a great job so far, and you can see quite a bit on the site.

To go there, it advisable to book your tickets online. The tourism office has daily buses which will take you to and from the site. Once there, you first enter the museum complex where you collect your tickets. You are then shown a movie about the site, which depicts how it probably looked in its heyday. This is important to watch as it will give you a better perspective on what you will be seeing. A shuttle will then take you to the actual site, where you can walk around, and see the excavations. Don’t miss the portico, the basilica and the hall of Abdl-Rahman III. 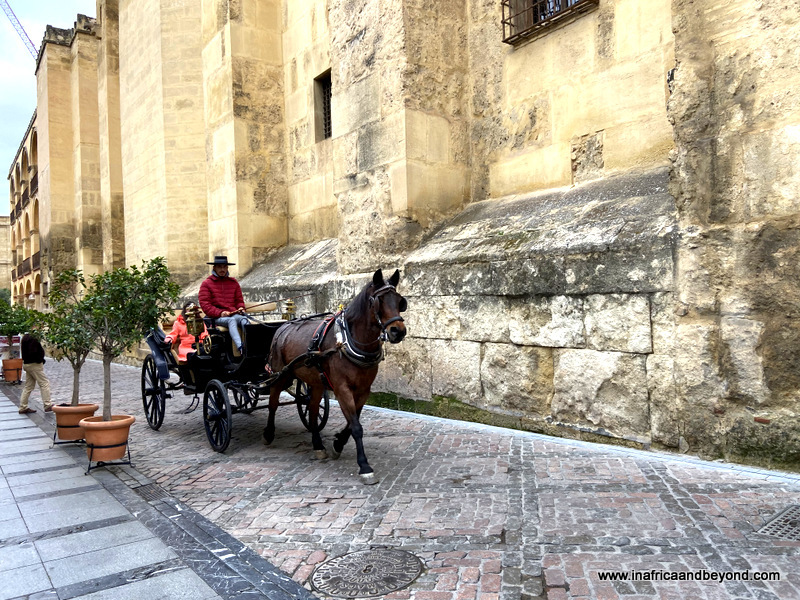 We travelled to Cordoba from Granada by bus, and spent two nights in a lovely Airbnb in the historic area. It was a more relaxing visit than the other cities we stayed in. One our first evening, we visited the Puente Romano at sunset and ate freshly roasted chestnuts by the river side. The following morning, we visited the Mezquita Cathedral before proceeding to Madinat Al Zahra. In between, we walked around the historic areas, the old city walls and the Avenida del Alcázar, and ate churros in the plazas. Cordoba was one of my favourite cites in Spain.

“To Cordoba belong all the beauty and ornaments that delight the eye or dazzle the sight." Stanley Lane-Poole, The Moors in Spain: Introduction. 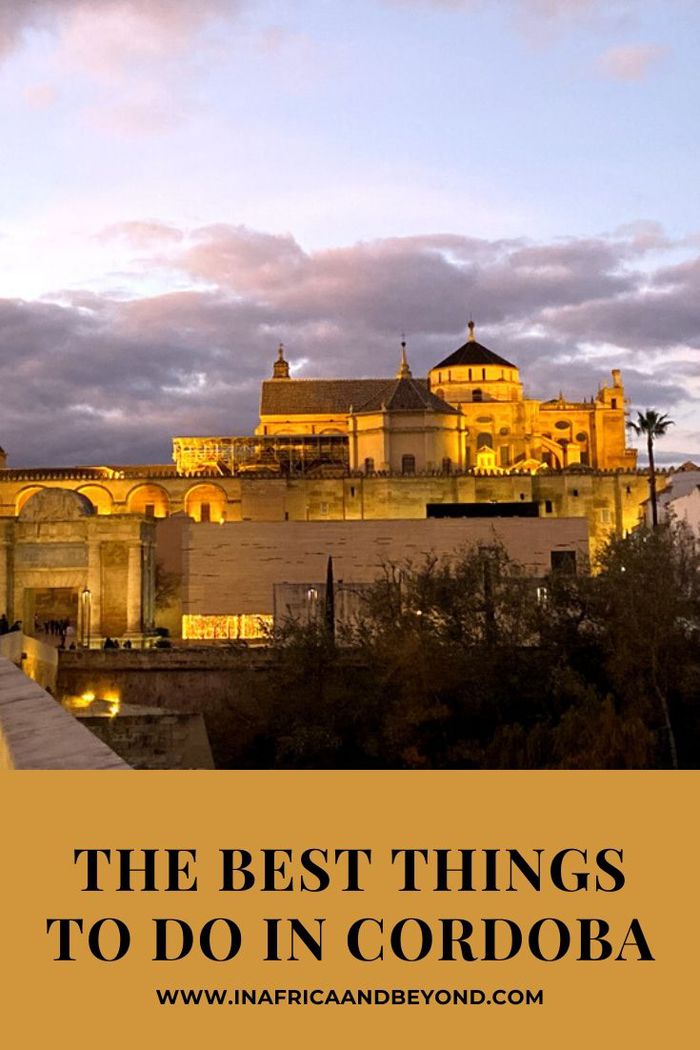 3 comments on “The 6 best things to do in Cordoba”