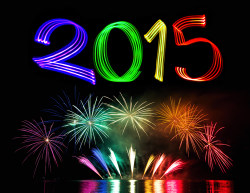 Thank you to all my loyal subscribers and followers for your support during 2015.

As the year draws to a close, it is time to recap the events that filled it. 2015 was a busy year, even though we were limited to traveling during school holidays and weekends - for local getaways. This is a summary of my blogging year.

I spent a night with my family at the Radisson Blu Gautrain Hotel. The hotel has won many awards and we were especially impressed with the delicious cuisines at Central One restaurant.

I spent a weekend away with my hubby at Zwahili Private Game Lodge in Limpopo. The lodge graciously offered us the Royal African Suite which was one of the most stunning safari suites I’ve ever stayed in – perfect for honeymooning…

During the Easter holidays, we went on a road trip to Cape Town and spent just over a week there. We went up Table Mountain in the cable car, walked around the colourful Bo-Kaap, spent a day at Kirstenbosch Botanical Gardens, and relaxed at the beaches.

I finally got to experience the spectacular 12 Apostles Hotel and Spa, one of the leading hotels of the world, and I was bowled over. I also got to experience Africa’s greenest hotel, Hotel Verde .  It was certainly the greenest hotel I’d ever been to and I was wowed by the hotel’s green initiatives. So was the rest of the world judging by the amount of accolades it’s received.

We had a family weekend away at Legend Golf and Safari Resort, a malaria-free Big 5 game reserve in Limpopo. It was great fun and I saw a live aardvark for the first time in my life. It is one of the most elusive creatures in the wild.

Hubby and I had a weekend away at Tau Game Lodge in Madikwe Game Reserve, one of my favourite Big 5 game reserves in South Africa. We had some amazing wildlife encounters and my bush fix was satisfied for a while thereafter.

We spent a relaxing family weekend at Valley Lodge and Spa in Magaliesberg. Our chalet overlooked the Magalies River and I had a great time at the stunning on-site spa.

I visited Constitution Hill for the first time and my admiration for our freedom fighters multiplied manifold.

This heritage month, I became a tourist in my own city. I stayed with my family at Clico Boutique Hotel, one of the top boutique hotels in Johannesburg.

I also explored Johannesburg on the City Sightseeing Bus and took a taxi to Soweto.

I was invited to review Titanic: The Artefact Exhibition and gave tickets away on my blog.

During the October school break, we spent a few days in the mountainous Drakensberg region and got to experience Cathedral Peak Hotel, one of the most beautiful hotels in the area.

We spent a family weekend away on the riverbanks at Tsogo Sun’s Riverside Sun Hotel. It was a hot weekend and the large pool and landscaped gardens provided welcome relief from the hut sun.

I was invited to the media preview of Sleeping Beauty: The Pantomime .  I attended it with my daughter and we had a great time.

December had finally arrived and it was time to go overseas. We spent a fascinating week sightseeing in London and another magical week visiting theme parks in Orlando, USA. More on that to follow.

Apart from traveling and exploration, I was interviewed on national radio, published in SAA’s in-flight magazine, Sawubona , and the Sunday Times newspaper , attended a few blogger events, held a few competitions, started my Instagram account and received several invitations to events and getaways. I also joined Webfluential  .2015 was indeed a busy year even though I didn't get to tick off as many bucket list items as in 2014.

Wishing you a wonderful travel-filled 2016 and I look forward to reading about your travels.

Disclosure: Most of my local trips were sponsored media trips while my international trips were partly sponsored. All opinions remain my own.