9 Things to do in Port Elizabeth + Day Trips 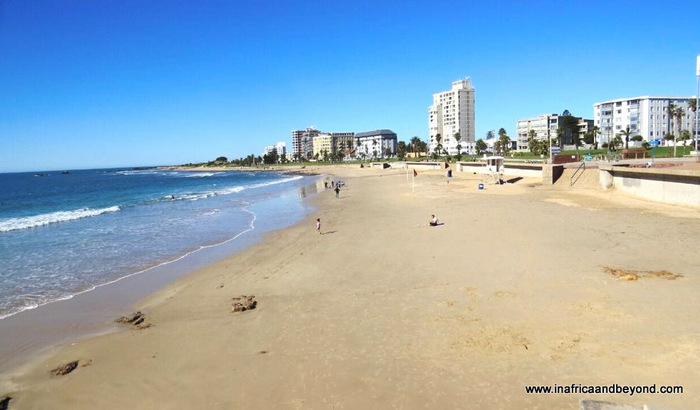 Things to do in Port Elizabeth

Port Elizabeth (PE) is a beautiful city on the shores of the Indian Ocean. Part of the Nelson Mandela Bay municipality, it is also known as the windy city or the friendly city - although I prefer the latter moniker. Although it is not as popular as Cape Town and Durban when it comes to holiday destinations, the city has much to offer within its boundaries and in the surrounding areas.

Port Elizabeth was formally founded in 1820 when the British settlers landed there. Sir Rufane Donkin, the acting governor of the Cape, welcomed them and ordered a village and port to be established. However, Bartholomeu Dias, the Portuguese explorer, was there long before that -and so were the Khoi clans. Contrary to popular belief, the city was not named after Queen Elizabeth, but rather, after Elizabeth Donkin - the late wife of Sir Rufane .

I recently visited Port Elizabeth with my family for the second time. We flew there with our British Airways miles, spent two nights in the city and explored the surrounding areas during the remainder of our 10-day trip. Here is my round-up of things to do in Port Elizabeth.

The Donkin Reserve is a small public space in the heart of the city. It is home to a lighthouse with great views of the city, a stone pyramid memorial to Elizabeth Donkin and various other artworks.

The Cape Recife Lighthouse was established in 1849. It stands in the Cape Recife Nature Reserve at the tip of Algoa Bay. The reserve is one of the best spots for sighting marine and freshwater birds near Port Elizabeth, and is also home to SANCCOB which rehabilitates injured seabirds.

The Southern African Foundation for the Conservation of Coastal Birds (SANCCOB) is doing great work in rescuing and rehabilitating injured seabirds, including African Penguins - and raising awareness about the problems they are facing. You can even adopt a penguin, as I did with a group of travel bloggers a while ago. When I visited them, I enquired about Pax, whom we had adopted, but he had been released back into the ocean.

Route 67 is a walking tour focusing on South Africa’s history. It encompasses 67 public artworks around the city, dedicated to Nelson Mandela and his 67 years of political life.

This is the only pier in the city. It’s a great spot to watch the sun setting and to get some Instagram-worthy photos.

6. Game drives in a university

Nelson Mandela Bay University is situated in a nature reserve with zebras, antelopes, small predators and diverse birdlife. It is the only South African university to offer game drives at its campus.

With the city being home to twenty Blue Flag Beaches, you will be spoilt for choice. The most popular beaches are at Summerstrand, Humewood and Kings Beach.

Port Elizabeth is also referred to as the ‘Water sport capital of Africa’. Scuba diving, surfing, angling, jet-skiing, and canoeing are just some of the water sports you can indulge in here. It also plays host to the Ironman African Championships.

There are a number of interesting universities in PE, including No7 Castle Hill Museum and the Nelson Mandela Metropolitan Art Museum. Also, see the colourful settler houses on Castle Hill.

Uitenhage may be a small town, but it is home to the Volkswagen plant -the biggest car factory in Africa. Guided tours are available. You can also visit the AutoPavilion museum which will give you insight into the history and evolution of Volkswagen. The town also has a number of other museums.

Addo Elephant National Park is the third largest national park in South Africa. This malaria-free game reserve has one of the densest African Elephant populations in the world. It also claims to have the Big 7, viz the Big 5 + the southern right whale and great white shark, although the latter two are not easy to see.

This malaria-free 8500-ha reserve is spectacular - lush and green even during mid-winter. Rolling hills are punctuated with steep ravines, bushveld valleys and meandering rivers. The reserve is home to free-roaming Big Five, cheetah and many other animals and birds. You can stay in one of the luxurious lodges or day visits can be arranged.

Jeffreys Bay, affectionately known as J-Bay, is a surfer’s paradise well-known for its perfect waves, beaches and sea shells. Professional surfers from around the world flock here every year for the Surfing Championship Tour to challenge themselves and each other in the surfing championships. During the rest of the year it is a peaceful seaside town.

Known as the City of Schools – because it has some of the finest schools in the country, including Rhodes University - and the City of Saints because it has more than 40 places of worship, the small university town of Makhanda (formerly known as Grahamstown ) is a picturesque town with a very English feel to it. In July every year, it hosts The National Arts Festival, the biggest annual arts festival in Africa.

Port St Francis in the Eastern Cape is a privately owned working harbour and home to over 30 commercial hake and pilchard fishing boats.

Cape St Francis is a pretty little waterside village where the houses are built on canals.

The Bloukrans Bridge Bungee in the Tsitsikamma area is one of the world's highest commercial bridge bungees - at 216 metres above the Bloukrans River. It is situated at the border between the Eastern Cape and the Western Cape.

Plettenberg Bay is one of South Africa’s most popular small towns, known as a millionaires’ playground. It is blessed with forests, river, and coastlines making it a nature and adventure-lover’s paradise.

As you can see, there are many great day trips one can do from Port Elizabeth. All you need is a car - and if you don't have one, then cheap car hire is easily available.

Where to stay in Port Elizabeth

What are your favourite things to do in Port Elizabeth ? 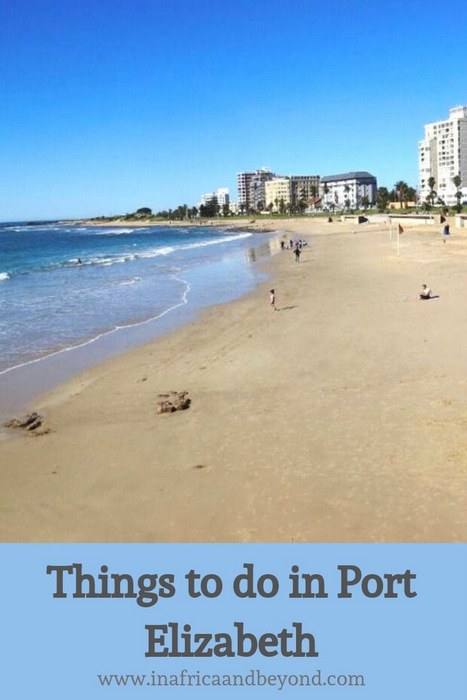