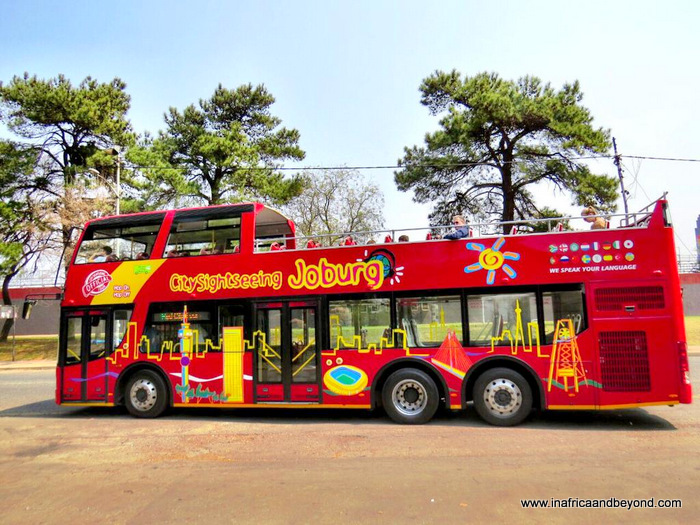 Whenever I travel to a foreign country, something I always enjoy doing is taking a hop-on hop-off bus. I’ve taken the bus in New York, Singapore, Dubai, Hong Kong, and Cape Town amongst others. It’s a convenient way to see the city's main attractions at your own pace while listening to the insightful commentary on your surroundings. I decided that it was about time I experienced it with my family, in my city. So we hopped onto the City Sightseeing Johannesburg Bus.

We parked our car at Gold Reef City, taking advantage of the free parking for City Sightseeing Johannesburg Bus users and hopped on to the bus from there. Another popular boarding spot is the Gautrain Park Station from where many tourists arriving by Gautrain, board the bus. 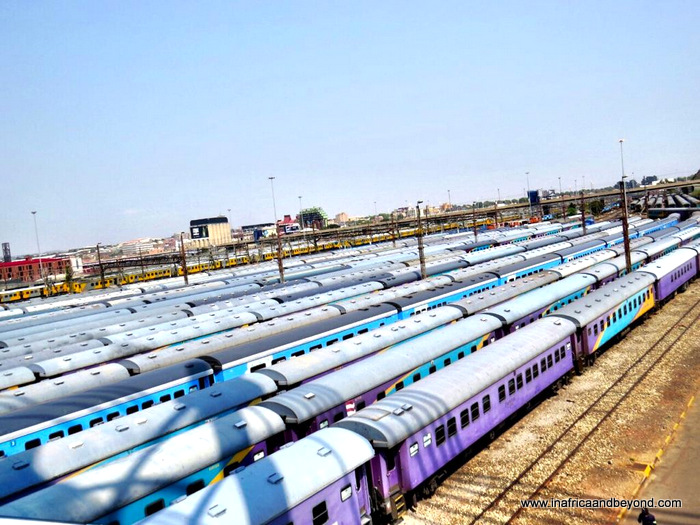 We were given bright red earphones to match the bus as we embarked. We plugged them in after finding the best seats – in the uncovered section at the top of the double-decker bus. The ear phones give you access to a whopping 15 different languages, including Russian, Mandarin, Arabic and Zulu as well as a fun kids channel. When I saw the amused looks on my children’s faces as they munched on their snacks, I knew that the kids channel was keeping them entertained. They later regaled me with stories about Nick the mynah who stole gold and Shongololo, the glow worm. 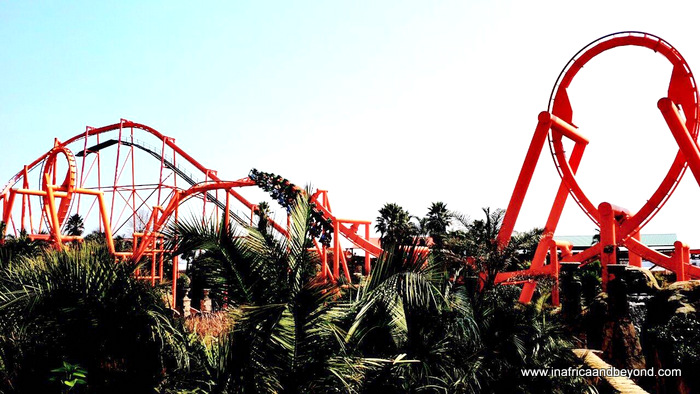 The Johannesburg City Sightseeing bus was launched in 2013, joining an impressive group of more than 100 major cities across six continents, including Cape Town. Even more impressive was that the Joburg bus won an award for Best New City Sightseeing Operator of the Year, in 2014, beating other contenders like Miami in USA and Cordoba in Spain. 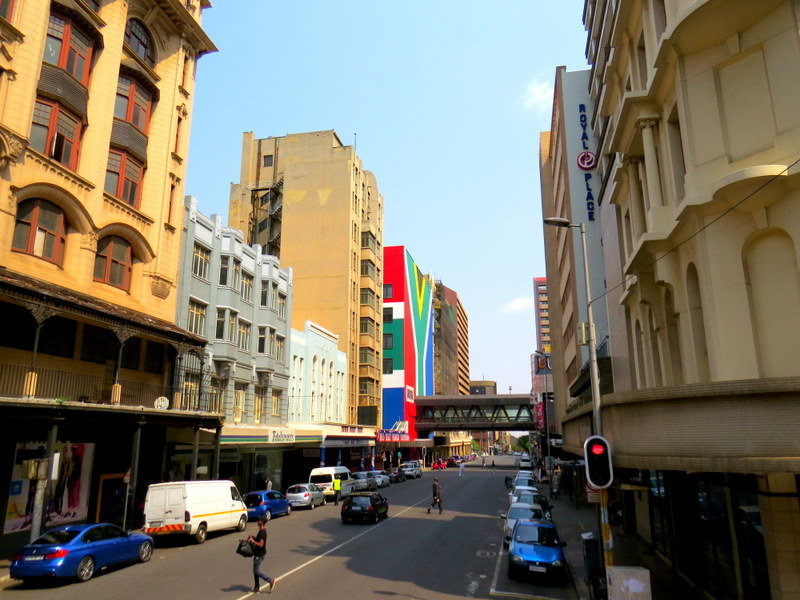 We set off to explore the inner city and I learnt a few things that I didn’t know before despite having lived here most of my life. Did you know that Johannesburg is one of very few large metropolitan areas in the world not built near a sea or a major river? It is also, by international city standards, quite young, starting life in 1886 as a temporary gold-rush shanty town, not expected to last more than a decade. 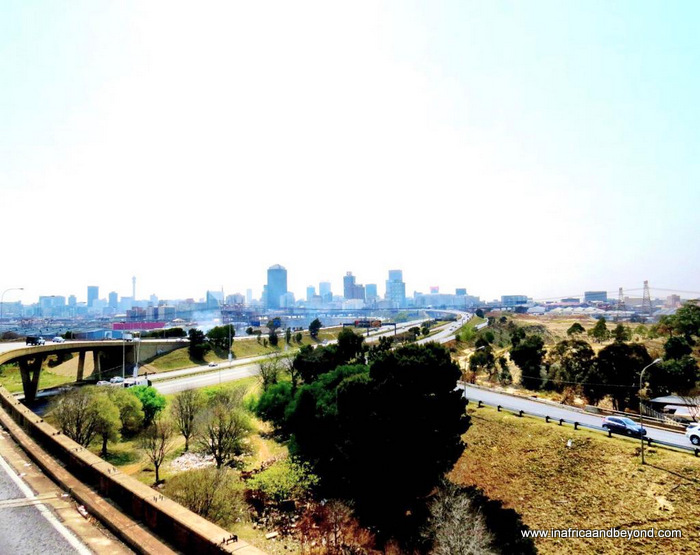 Johannesburg view from the bus

There are 12 stops on the Joburg route. Tourists can get off the bus at any of the designated stops, explore the region at their leisure, and then catch a later bus to move to the next stop. We didn’t get off at every stop, having visited some of them before yet it was interesting to gain a better perspective on them from the bus. We wove through the streets of Braamfontein, Johannesburg CBD and Newtown and passed the stops at the Mining District Walk, Gandhi Square and the Origins Centre at Wits. 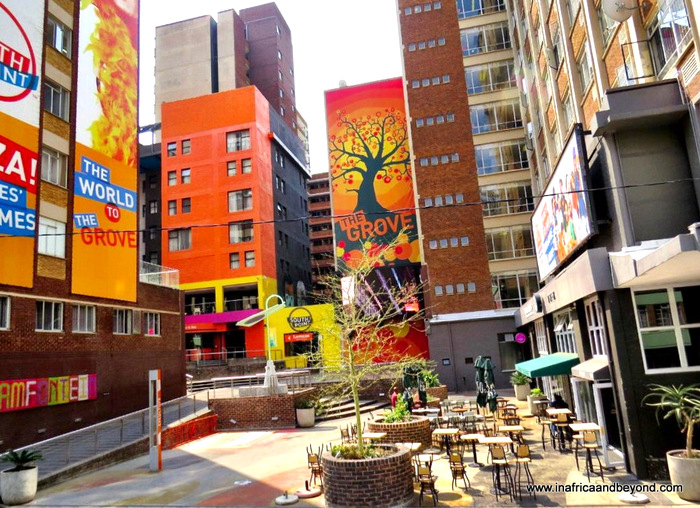 The streets were quiet on a Sunday morning. It was a great way to see Jozi from high up, fanned by a cool breeze, and the photographic opportunities were ideal for a trigger-happy camera-hugger like myself. 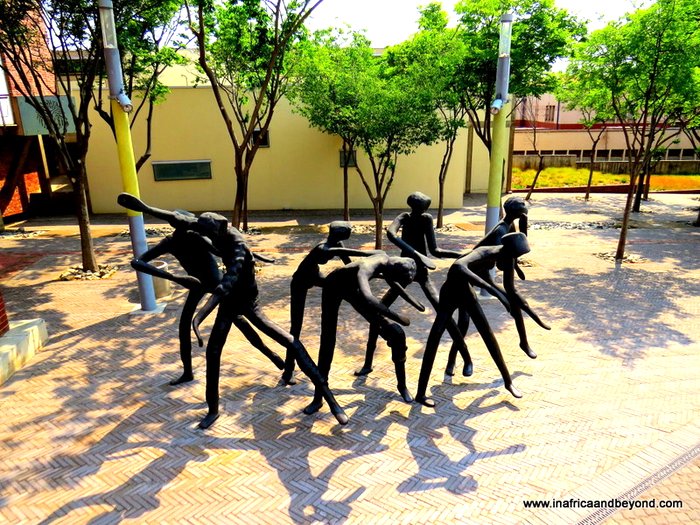 Some of the popular stops were the Newtown Precinct, where the Sci-bono Museum is located, Constitution Hill, where both Nelson Mandela and Mahatma Gandhi were imprisoned and the Gold Reef City complex, where the theme park and the renowned Apartheid Museum are located. 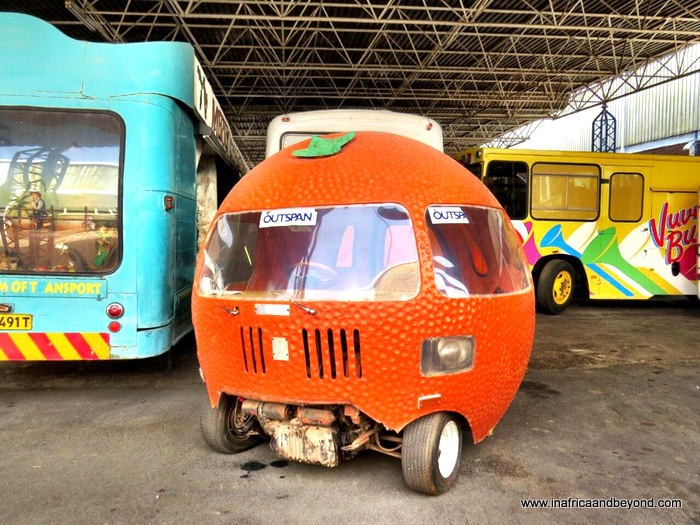 We hopped off at the James Hall Museum of Transport, which we’d never been to before. Here we marvelled at the quaint vintage transport as the kids ran between the old trams from yesteryear. We also visited the Top of Africa, the 50th floor of Carlton Centre, the tallest building in Africa, where we enjoyed the best panoramic views of Johannesburg. 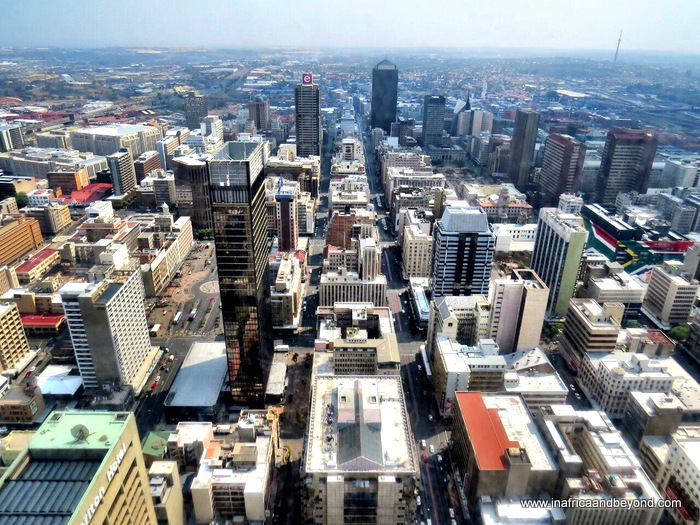 The bus has a number of value-added offerings making it a very affordable outing. There are extension tours (at an additional price) leaving for Soweto and the Maboneng district. The former leaves from Gold Reef City and the latter leaves from Carlton Centre. 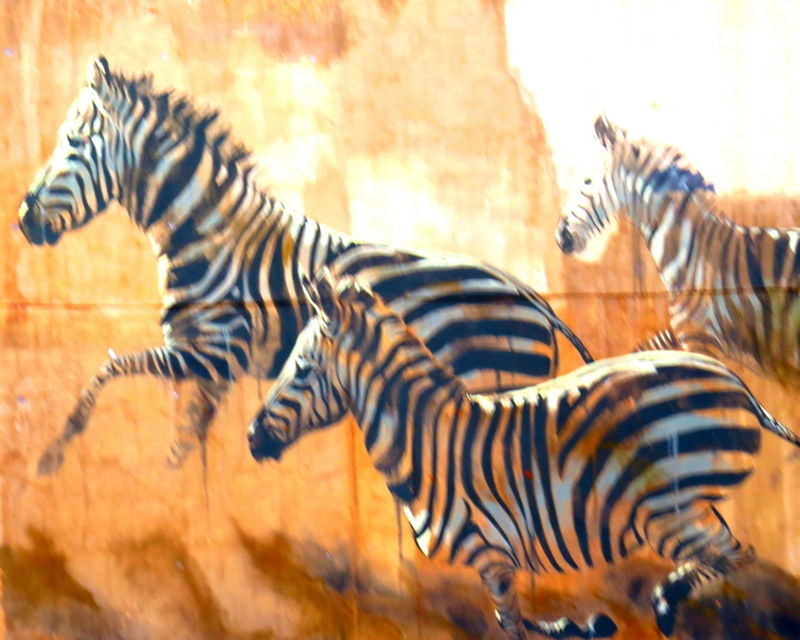 Zebra street art in the CBD

Combo deals are available. Discounts are also offered for entrance tickets to several of the stops including Gold Reef City. There are also pensioner discounts and kids can join the online kids club which gifts them with free tickets for themselves and their friends on their birthday. Your ticket also entitles you to a 10% discount off your next City Sightseeing Bus tour anywhere in the world. Buy your ticket online. Oh, and the bus also has free wi-fi, should you need to use it while stuck in traffic. 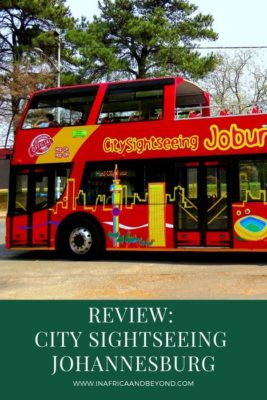