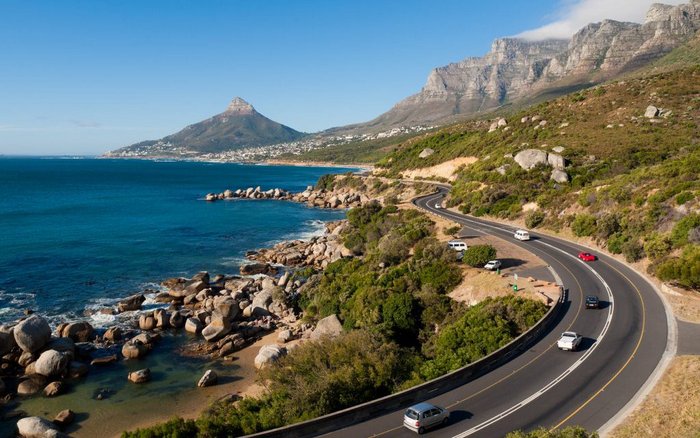 As we get into the swing of the new year, we often think about our resolutions for the year to come, and how we can become better versions of ourselves. From eating better and getting fitter, to saving more. But how many times do we resolve to travel more? With the whole year ahead of us, there’s no time like the present to discover the adventures that await us in our very own backyard. South Africa is home to some of the most scenic road trip routes and here are the top five that should be on your bucket list .

The Route 62 road trip between Cape Town and Oudtshoorn is a farm filled journey sure to keep the whole family entertained. The route takes you through the small towns of Paarl, home to the Spice Route; Montagu, where some of the country’s tastiest dried fruit and nuts can be found; and Barrydale, where travellers can explore small, countryside charm. The route ends in  Oudtshoorn in the Klein Karoo, where the Cango Caves and various ostrich farms can be explored. With majestic mountain ranges, numerous farm stalls and small farm towns en route, this route is sure to keep you busy. 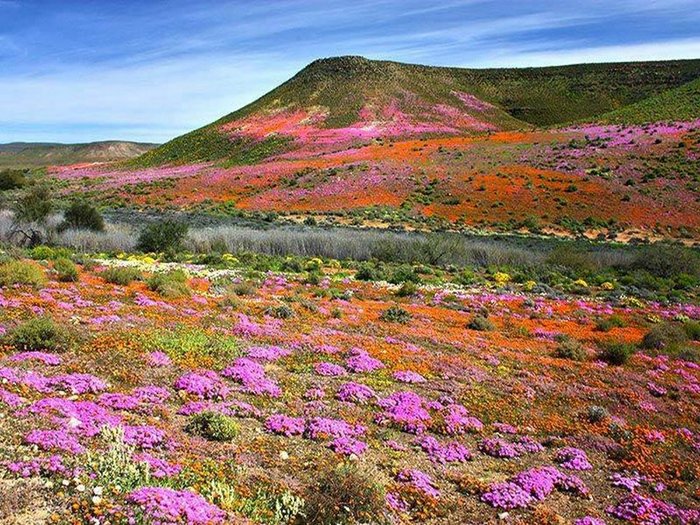 The West Coast is an incredibly scenic route that takes travellers from coastal towns such as Yzerfontein, Langebaan and Paternoster in the south, to Port Nolloth in the north, and even inland as far as Kai Garib.

The route, commonly known as Namaqualand, spans around 1655 km in total and is filled with brightly coloured wildflowers that carpet the countryside as you make your way north or south. The flower season does vary from year to year depending on the time and amount of winter rainfall, but generally occurs between July and September. The first flowers bloom in the north in late July and the south starts to bloom towards September. While the wildflowers are the main attraction, the quaint towns along the route are perfect to stop at for a relaxed, seaside filled trip.

Known as South Africa’s most scenic route, the Panorama Route begins in tropical Nelspruit, continues into White River and then moves into Sabie. Sabie is a small town situated in the picturesque Klein Drakensberg escarpment, where adventurous activities that overlook the breathtaking plains of the Kruger National Park are on offer, like abseiling.

After Sabie comes Graskop, where spectacular views of the lowveld can be found from God’s Window, a vantage point that extends over the Blyde River Canyon. From this point travellers are spoiled with panoramic views of the surrounding forest, exquisite rock formations, enchanting waterfalls and local wildlife. Following Graskop is the small town of Pilgrim’s Rest, where you will feel as if you’ve gone back in time to the days of the Gold Rush. Not far away from Pilgrim’s Rest is the Kruger National Park, where the route ends and a wealth of wildlife safaris await. 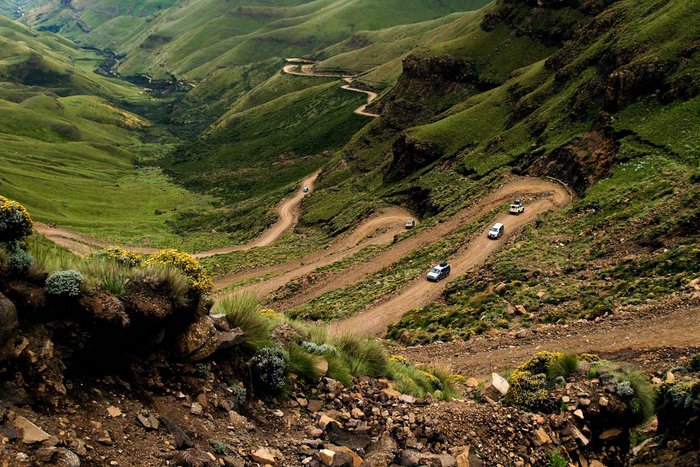 This route is for the truly adventurous at heart, as it starts in the KwaZulu-Natal midlands and winds its way to the border of South Africa and Lesotho via a dirt path that meets the steep cliffs of the exquisite Drakensberg mountain range.

At numerous points throughout the trip travellers can stop to take photographs of the surrounding lush midlands until the path comes to an end at 2.876m above sea level. Here the highest pub in Africa is situated, in the Sani Mountain Lodge, where travellers can take a break, have a meal and soak in the mountainous views from above. Travellers can then turn around to take in the views of the lush midlands valley from the other direction. The pass can only be accessed if driving a 4WD at the moment, but there are plans in progress to have it tarred by 2019.

Its incredible mix of flora and fauna, picture perfect beaches, lush forests, spectacular mountain ranges and nature reserves, maintain the Garden Route as an incredibly popular route with locals and tourists year after year. The coastal trip officially starts in Mossel Bay, known for its all-year- round warm weather and world-class Pinnacle Point golf course. The next highlight is the Wilderness, home to white, sandy beaches surrounded by the Outeniqua mountain range, perfect for spotting whales and dolphins.

The route then takes travellers to the popular town of Knysna, renowned for its spectacular forest, annual oyster festival and the Knysna marathon. The route then moves onto Plettenberg Bay, a top spot for beach lovers, and Tsitsikamma, home to the world’s highest bungee jump. The route goes on to Jeffrey’s Bay, world renowned for its perfect waves, and finally ends in Port Elizabeth, the friendly city boasting warm, family-friendly beaches, and a stone's’ throw away from Addo Elephant Park and Shamwari Private Game Reserve. This route from the Western to the Eastern Cape is a nature-lover's dream.

So if you’re thinking of making travel a priority in the upcoming year, look no further. South Africa offers world-class road trips to add to your bucket list. These top five routes offer views second-to-none, a chance to escape the hustle and bustle of city life, and the opportunity to get out of your comfort zone and experience some local adventure. Whether you’re looking for a quick weekend getaway or a two-week long trip around the country, this list has you covered. So seize the day, book your accommodation, get packing, check your Car Insurance has you appropriately covered, and a local road trip awaits.